The Club: Berlin's Friendliest Drag Bar
In the backroom | Courtesy of Vincent Reynaud
Berlin / See & Do

Berlin’s history of acceptance of LGBTQI+ culture is well-established, leading both the European and international stage for queer acceptance through to the 21st century. Pre-WWII Berlin is understood to have been a flourishing haven for homosexuality and Trans culture, with the first modern male-to-female surgery having been performed during this period in Berlin.

As the Western world and its liberal attitudes towards homosexuality and transexuality (mostly) continue to blossom in the 21st century, Berlin stands tall as an open and unified bubble of freedom where gay clubs lead the market for the majority, and sexual freedom is commonplace and worthy of celebration. 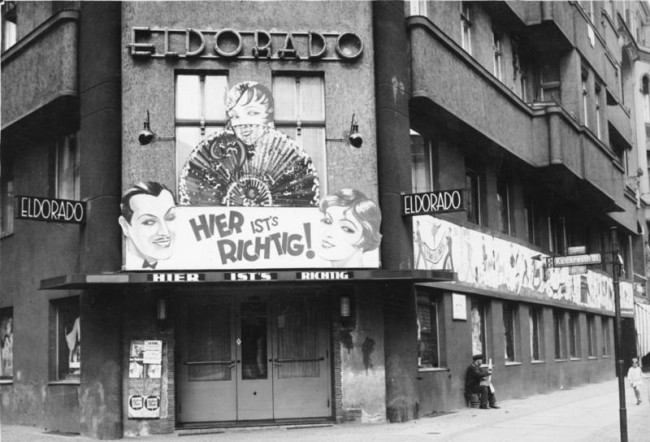 The art/entertainment form of dressing as the opposite sex has naturally occurred in various forms for centuries, whether in theater, underground clubs or television. We all have a modernized idea of what drag queens are, however dedicated to the cause or uninformed we are. Important to distinguish from transexuality (where somebody is living as the differing gender from which they were born), drag, in one of its forms, has seen a huge rise in mainstream popularity over the last few years, thanks to the likes of RuPaul’s Drag Race, the brilliantly witty American television show that pits the nation’s top quality drag acts against each other as they battle it out to become the “World’s Next Drag Superstar.”

With the popularity of RuPaul’s not-so-cult annual TV fiesta, one might guess that the scene for drag is growing and earning social acceptance from the masses. Whether Berlin is ready for drag or not is barely a question, given the consistent avalanche of creativity and openness the city experiences. The bigger notion is to widen the boundaries of those regularly checking out drag performance, and not merely for the liberal agenda, but because it is simply brilliant and you deserve to witness it. 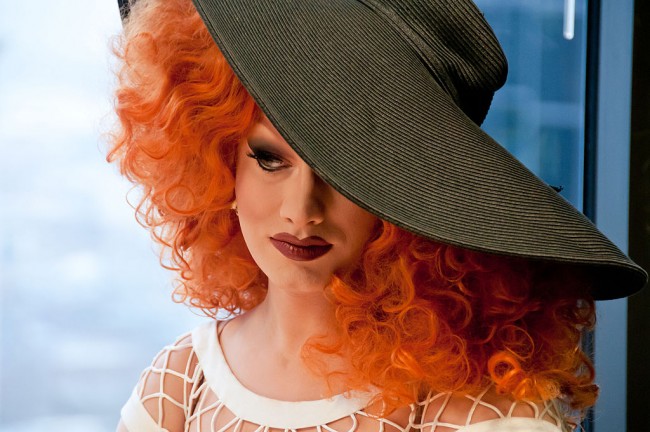 As you might imagine, the drag scene in Berlin is brimming with activity, with a pocket of locations frothing with shows and characters to keep us entertained. But unless you are an active member of the LGBT, and more specifically, drag community, it can be somewhat difficult to step under the colorful lights of the historic form of entertainment and expression. So here’s a good place to start.

Lying amidst the collection of dusty living room bars between Neukölln’s growing hotspot between Boddinstraße and Rathaus Neukölln sits the unassuming and cutesy The Club, a delightful and organic queer and drag bar that is sitting pretty, waiting to welcome you heartily into the rabbit hole and your new favorite form of entertainment. 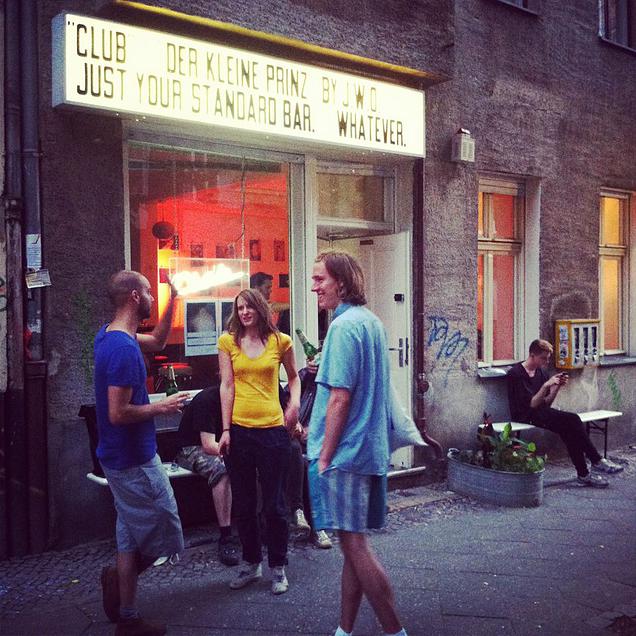 Outside The Club | Courtesy of The Club

Without its delectable outside banner, setting it apart from the hoards of Berlin bars that deny to inform you of their name, you might have walked past The Club on your hunt for your new best drinking hole. You can’t easily miss the cinematic title board, which has in the past stated: “Just your standard bar,” quickly certifying there is no straight face to the anti-obnoxious bar. The cozy entrance room boasts the rustic concrete flaking, candle-laden ambience that you might be used to after a winter in Berlin. The bar serves up cocktail deals and happy hours throughout the week from the hands of comforting and undoubtedly attractive (we’re in Berlin) bartenders that instantly lay down the law that you’re in friend zone here.

The back room is where the magic happens. Arranged to suit the event of the night, this theatrical space readily approaches the ambition of fun, which is an energy that can’t be denied from most parcels of drag. The mismatched benches and chairs face the delicately homemade proscenium arch stage, set semi-permanently with a delicious Chaise Longue and armchair arrangement. During my first afternoon visit to The Club, the back room was gloriously littered with confetti and primary-colored balloons for a film that was being shot that day. It felt vaguely reminiscent of a Miley Cyrus video layered over a scene from a Wes Anderson movie. What’s not to love? 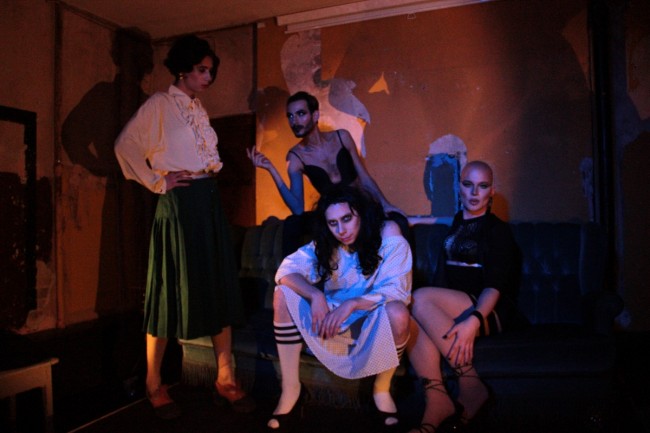 The Club hosts alternative weekly drag shows and a plethora of other activities to tickle your mildly creative energy. Early weekday evenings are designed to be fueled by learning salsa in a bar in Neukölln, aren’t they? Live model drawing is undoubtedly a weekday activity that every living soul is more than entitled to try out before they die and probably wouldn’t be a terrible idea for a date.

The Club is also warm in its embrace of Berlin as a striving creative environment, inviting the city to talk to them, whether for hosting a party or some unfounded idea that’s been brewing in your mind, trapped like an octopus in a net.

When it comes down to discovering the heart of The Club’s drag intentions, Wednesdays and Fridays are the regular spots for filling your entertainment-craving boots.

Cher Nobyl’s bi-weekly “Wednesday’s with Cher Nobyl” are not merely entertaining and accessible, but they are also poignant, using comedy and spectacle to approach important points of discussion such as living as a sex worker. Cher’s nights are also remarkably cozy, with the back room offering a “safe space” to express your opinion and listen to each other amidst roars of laughter and beer. 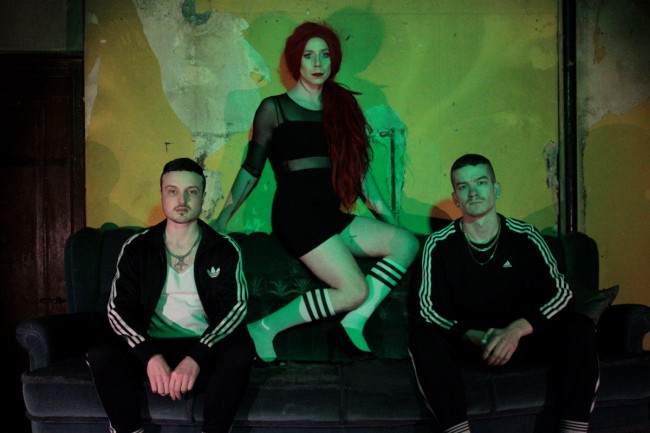 Fridays at The Club present “Bump Day,” an extravagant romp hosted by the adorable/ insane/ obnoxious Olympia Bukkakis. Having met with Olympia, who spends most of her regular afternoons as a sweet and lovable creative young man, I was hooked on the work that Berlin performers such as Olympia Bukkakis and Cher Nobyl were creating.

Using the sub-description of “Trash Drag,” Olympia opened a door for me. Where drag is growing in popularity internationally, the local art scene is also worthy of recognition and support. Once you visit The Club on an event night, you’ll be stepping through the looking glass into a world of vision, character and inspiration. 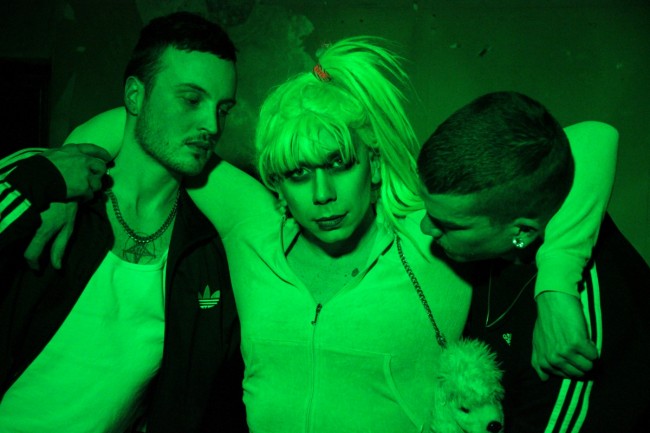