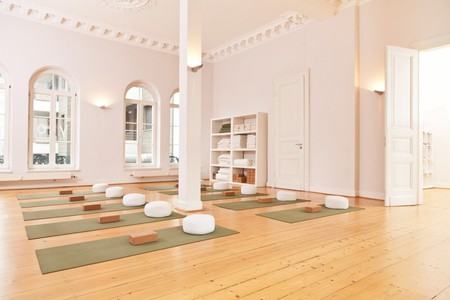 With more yoga studios appearing in Dusseldorf every year, yogis are spoilt for choice when deciding which studio to pick. From traditional hatha yoga classes and vinyasa flow practices to hot yoga, meditation workshops and ayurvedic massages, here’s an overview of the best yoga studios in Dusseldorf.

Jiva offers vinyasa classes and adds traditional hatha yoga to the mix – the main difference to other Dusseldorf studios is their classes are taught in a room which is heated to 30-40°C (86-104°F). The high temperature turns vinyasa classes into a sweat-inducing affair, but at the same time helps your body flush toxins from your system and increase your flexibility, which comes particularly handy during deep stretches. If you don’t speak German, tell someone at the reception desk, and they’ll have an English-speaking member of staff guide you through the practice. A towel, mat for your class and beauty products for the refreshing shower afterwards are provided. 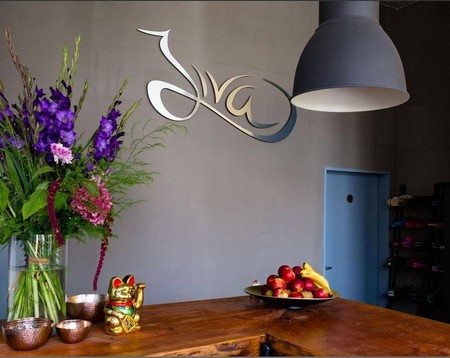 Tucked away in a courtyard of the Unterbilk neighbourhood is the beautiful Rundum Yoga studio. The class schedule lists primarily vinyasa classes with the odd yin and pre- and post-natal classes, but one item on the list stands out: budokon yoga, a physically and mentally demanding practice which mixes yoga with martial arts. All budokon classes are taught in English only. In the summer months, staff organise weekly sunset yoga classes on the rooftop terrace of a nearby hotel – dates are announced on their website beforehand.

Karmakarma occupies a handful of stunning light-flooded rooms in Unterbilk. While the focus is on vinyasa yoga – a flowing practice that aims to strengthen body and mind – a quick glance at the schedule reveals a handful of other teachings from yin yoga and kundalini to meditation, as well as classes specifically catering to men, surfers or people suffering from back pain. And that’s far from it: Karmakarma also has mindset workshops, chakra readings, massages and running and kitesurfing lessons on the agenda.

Built on the belief that the best yoga practice is a mix of the best of all practices, Yoga Loft offers a plethora of classes. In their two bright and beautiful studios in Friedrichstadt and Flingern, you can practice hatha and sivananda, vinyasa and ashtanga, kundalini and jivamukti, yin yoga and a lot more. The schedule also includes dedicated meditation and pranayama classes, and in-depth workshops that help take your practice to the next level.

The class schedule at Shivasloft in Dusseldorf’s Flingern neighbourhood is composed of vinyasa flow, yin yoga and anusara yoga, a modern hatha practice and classes specifically designed to avoid and lessen back pain. It’s worth checking the list of workshops as well – resident and guest teachers tackle arm balances, back bends or give an introduction to aerial yoga. If you’re just starting out, you might want to consider their six-week-long beginner course to teach you the basics of postures, poses and breathing techniques. The extra treat: every Tuesday,there are full-body, neck and foot massages in the studio. 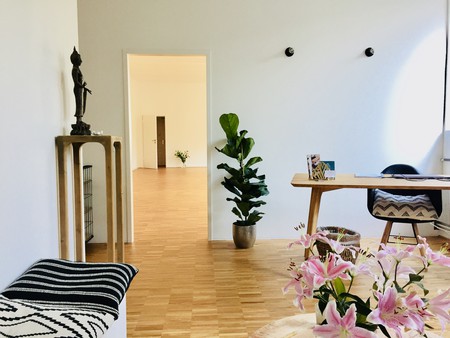 Dusseldorf Oberkassel is home to Yoga Kitchen, a studio with a welcoming ambience, small classes and a range of teachings that cater to all levels and practice styles. Classic hatha yoga, vinyasa, stretch-and-relax classes and workshops focussing on spinal health are on the agenda. The studio is also one of few in the area that teaches jivamukti, a yoga style that incorporates philosophy into the practice and promotes a compassionate lifestyle.

Vishnu’s Vibes mixes things up a bit. On the agenda are traditional and contemporary yoga practices, multi-hour workshops and ayurvedic and Thai massages. For the past eight years, the studio has trained up new yogis and plans to expand their syllabus with a teacher training course in meditation and pranayama – a first in Germany. The weekly schedule sees spiritual hatha classes and vinyasa flow as well as aerial yoga that allows participants to feel a hint of weightlessness during a class. 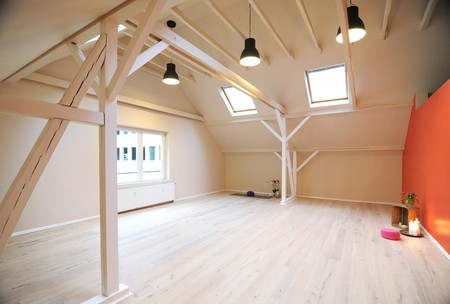 Courtesy of Vishnu’s Vibes
Give us feedback