The Best Wine Regions to Visit in Germany

Pixabay
Though Germany is known for its beer, as many as 13 official wine-producing regions exist in the country. Some of these, apart from offering exquisite wines, are known for their breathtaking landscape and delicious cuisines, making them perfect holiday destinations. Autumn is a great time to visit the wine regions in Germany, as this is the time when hundreds of wine festivals are hosted across the country.

Easily the most famous wine producer in Germany, the Mosel-Saar-Ruwer region (often referred to simply as Mosel) boasts of some of the steepest vineyards in the world. This wine trail flanking both banks of the Moselle River is known for its slate-laden soil and is luxuriously sun-drenched for long months, resulting in high levels of sugar in grapes. The sweetness is balanced with acidity and minerals, resulting in the unique, crisp taste of Mosel Rieslings, the most popular wine of the region. One of the most important wine-growing towns in this region is Bernkastel-Kues, which also has a wine museum. 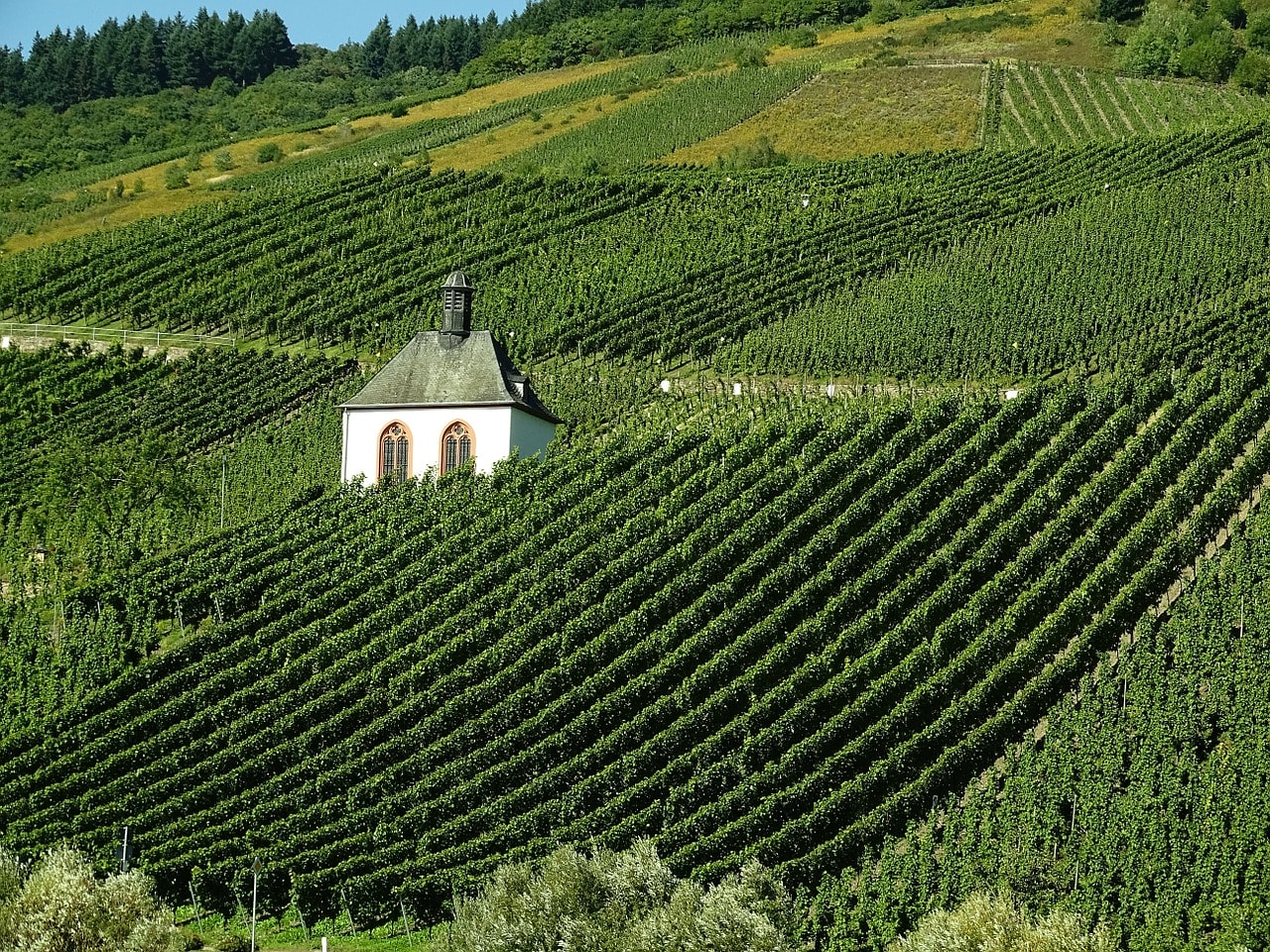 The Rheingau region, covering Rüdesheim, Oestrich-Winkel and Eltville, though smaller than the Mosel, is another important producer of Riesling. Rich alluvial soil with a granite base, combined with optimum sun exposure impart a fruity, citrus flavor to wines produced in this region. Rolling vineyards hugging cliff-sides and a dense concentration of wine estates make it an ideal holiday spot for wine connoisseurs. 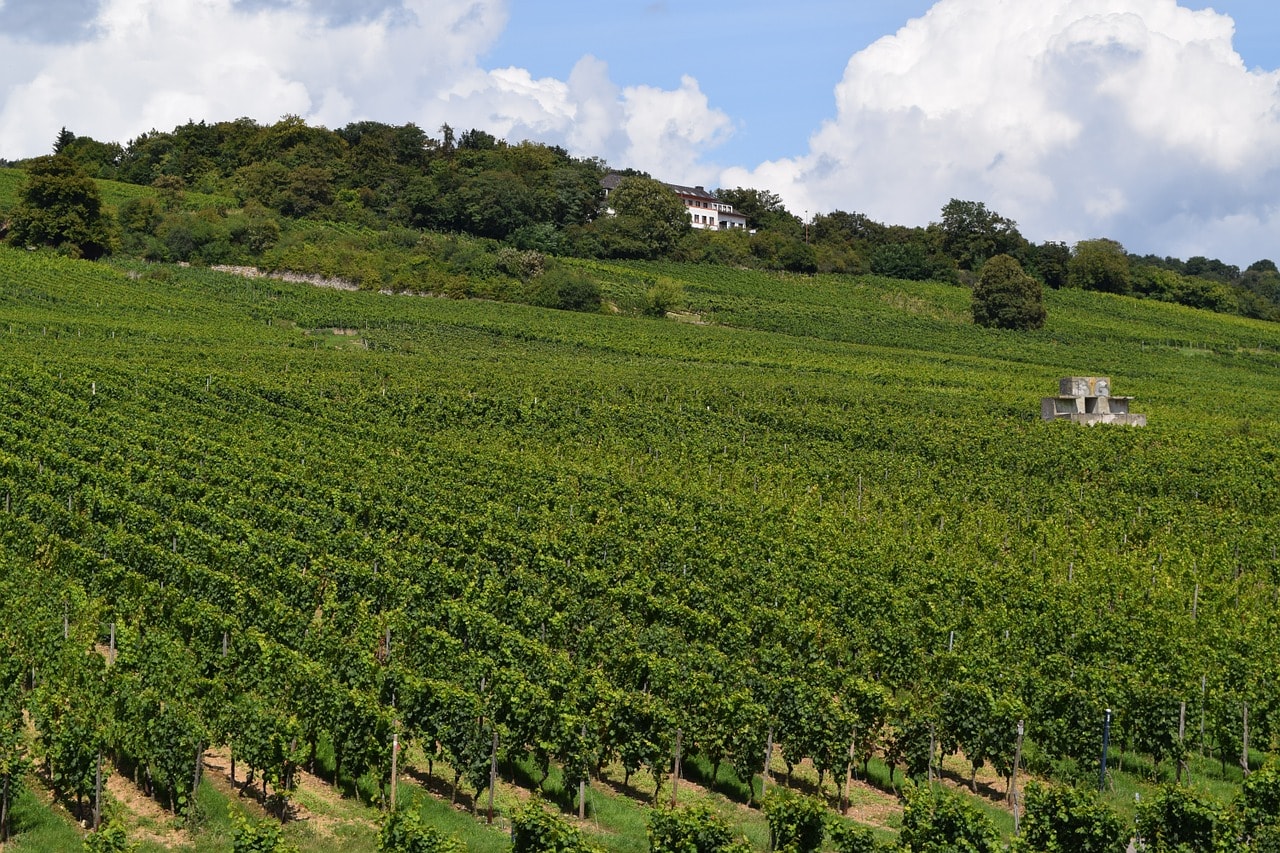 The Mittelrhein (Middle Rhine) region not only boasts of some of the super flavorful, strongest white wines in the country, but also some of the prettiest landscapes. Lush vineyard-wrapped hills crowned with ancient castles and gorgeous views of the Rhine and the Moselle rivers, quaint wine bars, and delicious food make this region one of the favorite holiday spots for tourists and locals alike. 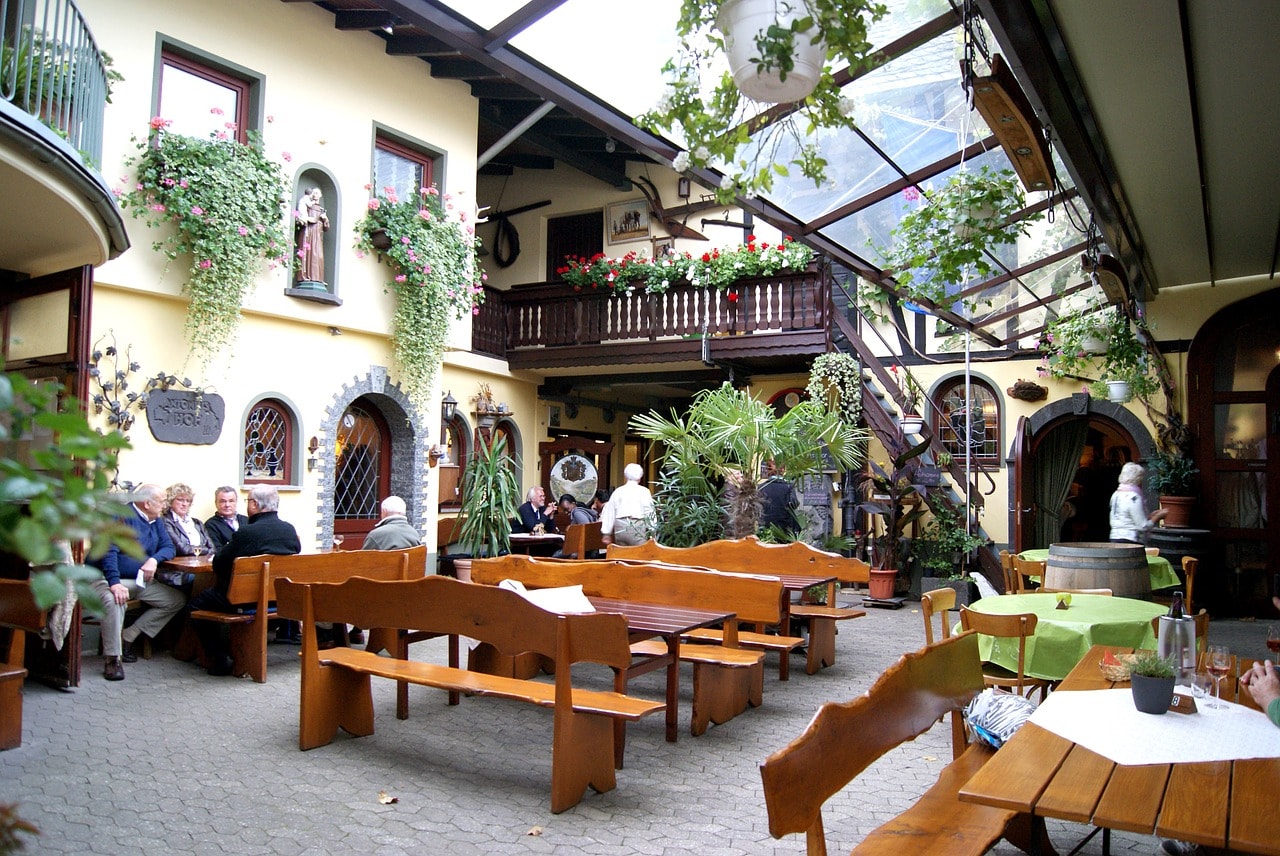 The Baden wine region covers a huge swathe of land, almost the entire southwest of Germany, including Lake Konstanz, bits of Switzerland, Baden Baden in the Black Forest, and the Alsace-Lorraine in France. Each part of the Baden wine regions has its own special wine, varying in taste, flavor, and strength. The most important wine-related event in this region is the annual Stuttgarter Weindorf, where 100 wine merchants from all over merchants bring their best wines for wine connoisseurs to sample.

The smallest wine region in Germany, Sachsen straddles the Elbe River in eastern Germany. It has a proud history. Wine produced here was consumed by the German emperors back in around 980 AD, and five centuries later, also by Martin Luther. The most important wine towns in this region are Dresden and Meissen, which hold wine festivals and tastings seasonally. Apart from wines, this region is famous for its treasure of art and architecture. 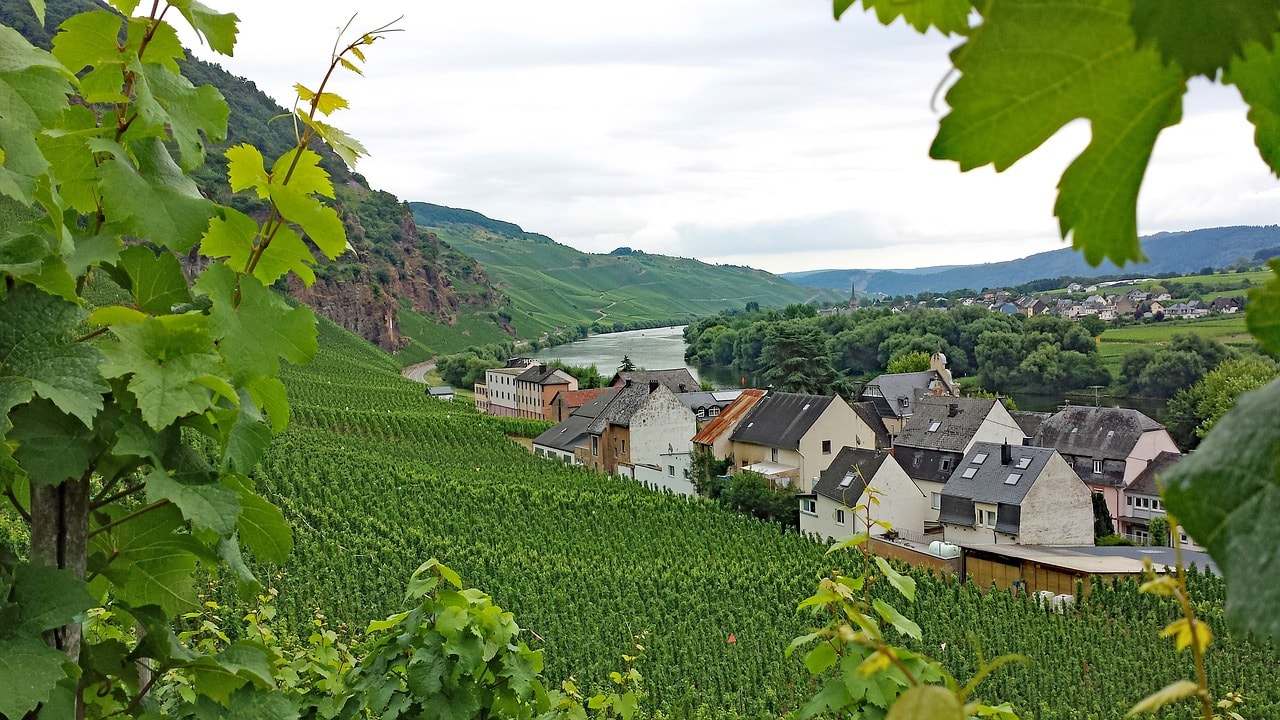 Home to the German Wine Road, the Pfalz region is one of the warmest regions in Germany, though dry and not hot. The second largest wine producer in Germany after Rheinhessen, the Pfalz boasts of approximately 6,800 vintners. The area produces delicious Riesling, Dornfelder, Muller-Thurgau, Blauer Portugieser and many other varieties of wine, but it’s specialty is Schorle, wine combined with sparkling water. The Haardt mountains wrapped in thick forests, the Pfälzerwald (Palatinate Forest), half-timbered houses, great weather, and awesome river views considerably add to the appeal of this region. 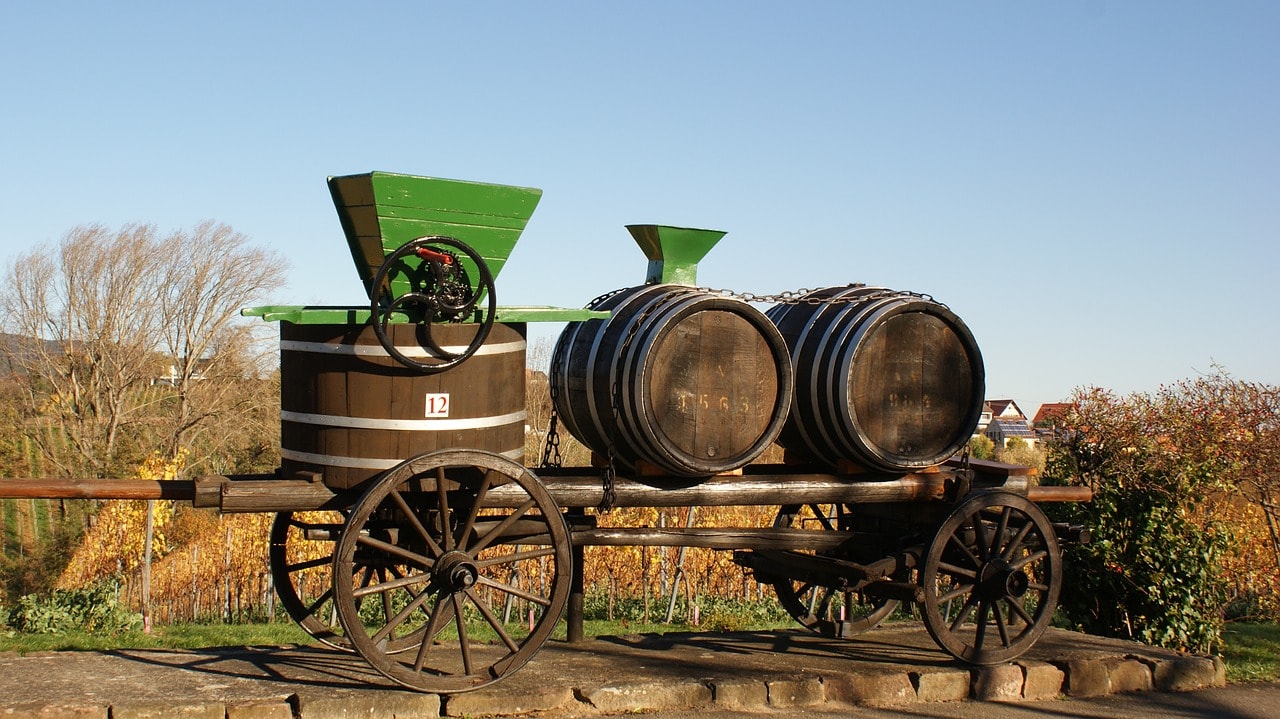 Rheinhessen is Germany’s biggest wine-producing region. The petroleum-tinged red soil in these 2,000-year-old vineyards imparts a mild flavor to the wines produced here. The Rheinhessen is known for Liebfraumlich wine as well as light red wines made from the dornfelder grape. Travelers can also sample great Riesling, Spätburgunder (Pinot Noir), and Portugeiser here. This region is also known for delectable German foods and great views of seemingly endless vineyards, ensuring a relaxing, romantic holiday. 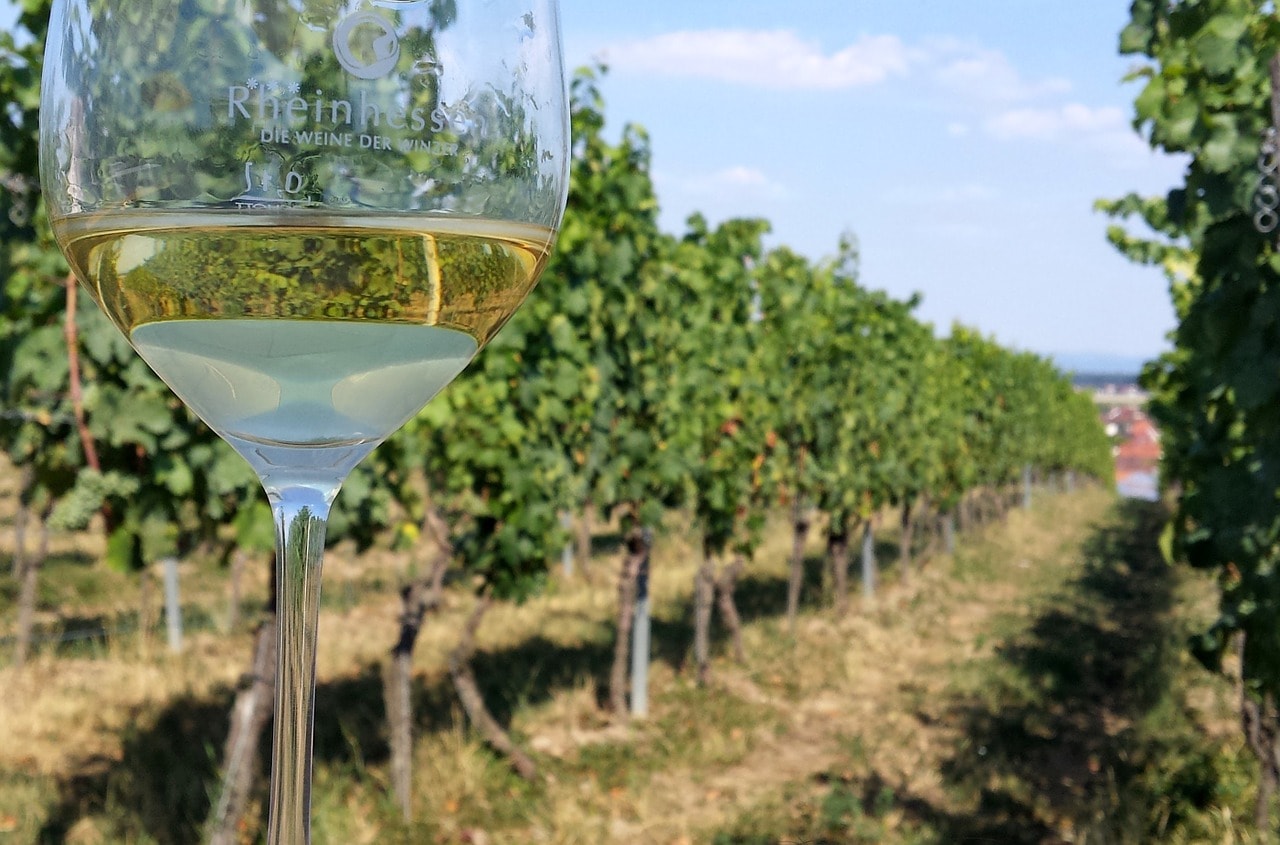