The Best Ways to Spend a Sunday in Munich 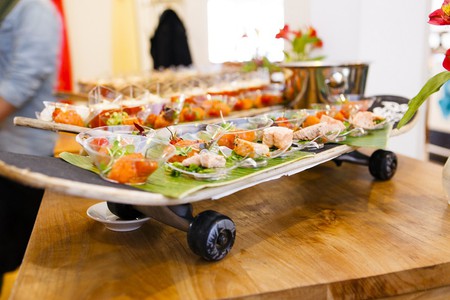 With many shops and restaurants shut, you might wonder what there is to do in Munich on a sleepy Sunday. Though it takes a bit of getting used to, it probably means your grocery shopping is all taken care of by Saturday, leaving Sunday to explore everything Munich has to offer. Here are the top ways to fight the Sunday blues and see the city.

Start the day with brunch

Though a lot of restaurants are shut on Sundays – including Mr Pancake, unfortunately – there are still several Munich institutions serving up the perfect food to start your day. For veggie and vegan friendly options with a retro-50s vibe, try Cafe Jasmine – in a city heavily committed to a meat-and-cheese based breakfast, lighter options like quinoa porridge make a nice change. For something more lively, head to Arts‘n’Boards where their extensive breakfast buffet, some of which is served on skateboards, is accompanied by live piano music.
Cafe Jasmine, Steinheilstraße 20, 80333 München, Germany, +49 89 45227406
Arts‘n’Boards, Belgradstraße 9, 80796 München, Germany, +49 89 30658490

Get a culture fix

Believe it or not, there are over 80 museums in Munich. Though most are usually between €7-10 during the week, on Sundays all state-run museums are just €1! Highlights include the Glyptothek with its extensive collection of ancient sculpture, and the State Collection of Egyptian Art whose display covers over 5,000 years. Both have incredible architecture to match the exhibits – the latter boasting a bare minimalist vibe with custom neon lights. The reduced entry is a great opportunity to get out of your comfort zone and see something you might not have considered splashing out on.
Glyptothek, Königsplatz 3, 80333 München, Germany, +49 89 28 61 00
State Collection of Egyptian Art, Gabelsbergerstraße 35, 80333 München, Germany, +49 89 28927630 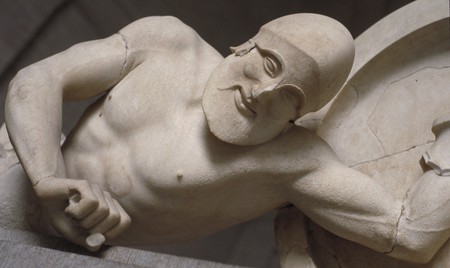 A humble swimming pool might not sound like much of a destination, but the beautiful art nouveau Müller´sches Volksbad on the banks of the Isar is not to be missed. It has been a public pool since opening in 1901, and today it’ll still only cost you €4.40 to take a dip. Saunas are an important part of German culture, and you’ll find a Roman steam bath as well as a Finnish-style sauna with colourful lighting. You’ll need to make like a Münchener though and leave your bathing suit at the door – in most saunas, swimwear is actually banned!
Müller´sches Volksbad, Rosenheimer Str. 1, 81667 München, Germany, +49 89 23615050 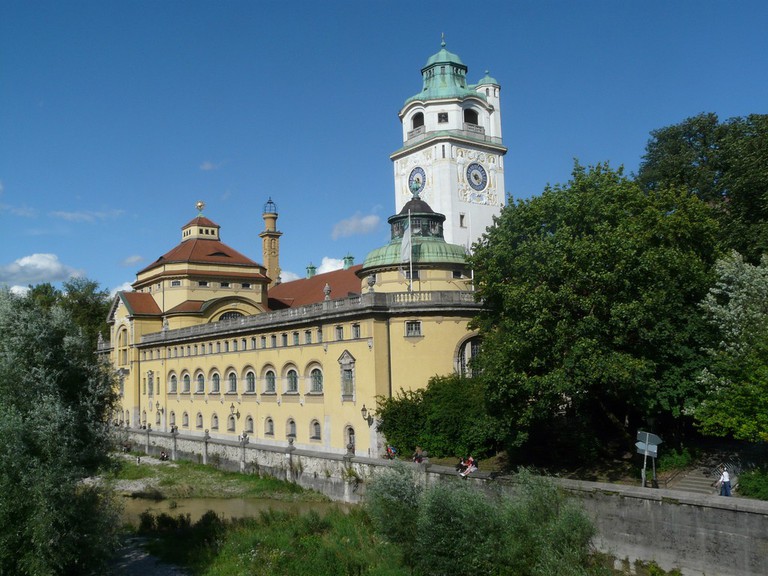 When the sun’s out, the city empties as Müncheners make their way to one of the beautiful lakes surrounding the city. You don’t have to go too far either: just 36 minutes on the S-Bahn from Marienplatz will take you to Lake Starnberg – Germany’s fifth largest freshwater lake. Only 25 km from the centre, it feels like another world. About an hour from Munich there’s also Lake Chiemsee. Right on the Austrian border, it has swimming pools (indoor and outdoor) situated on the side of the lake as well as many scenic restaurants.
Bahnhofpl. 5B, 82319 Starnberg, Germany.
83209 Prien am Chiemsee, Germany, +49 80 51 60 95 70. 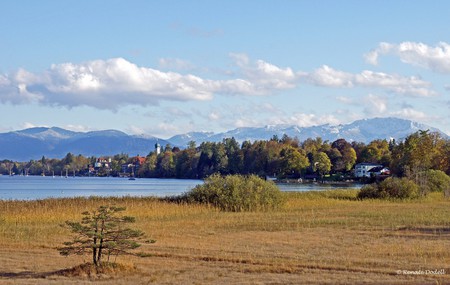 As well as having many parks and green spaces in the city, Munich is only about an hour from the Alps – on a clear day, you can even see them from the city. Head to Mount Eckbauer to see the enormous ski jump run, take a cable car to the top of the mountain and admire the incredible panoramic view from the Berggasthof. Just down the road, you’ll also find Partnach Gorge. A natural monument, you can go down inside the gorge and walk along the cliffside path that winds through the waterfalls.
Echbauerbahn, Karl und Martin Neuner-Platz 2, 82467 Garmisch-Partenkirchen, Germany, +49 88 21 34 69.
Partnach Gorge, 82467 Garmisch-Partenkirchen, Germany. 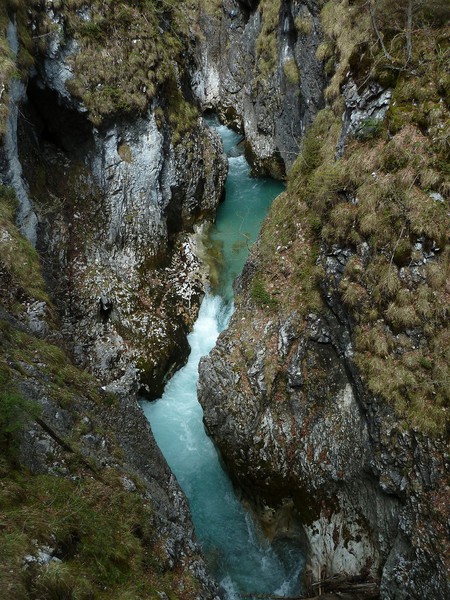 Rainy day? No problem – Munich is a city of film buffs. As well as large commercial cinemas showing the latest blockbusters, there are numerous arthouse cinemas showing foreign language and independent films. And it’s Germany, so you can of course have a hotdog and beer instead of popcorn! For mainstream films in English, try the Cinema Filmtheater. For something a bit different, check out the retro Museum Lichtspiele; it’s been showing movies since 1910, and screens the Rocky Horror Picture Show every Friday and Saturday night at 11pm.
Museum Lichtspiele, Lilienstraße 2, 81669 München, Germany, +4989 482403
Cinema Filmtheater Nymphenburger Str. 31, 80335 München, Germany, +49 89 555255 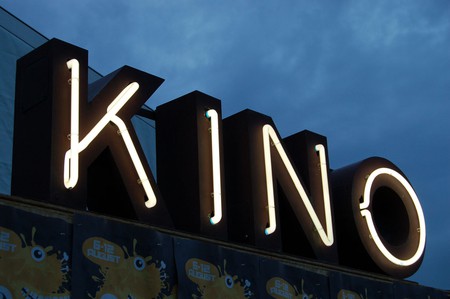 Check out the botanical gardens 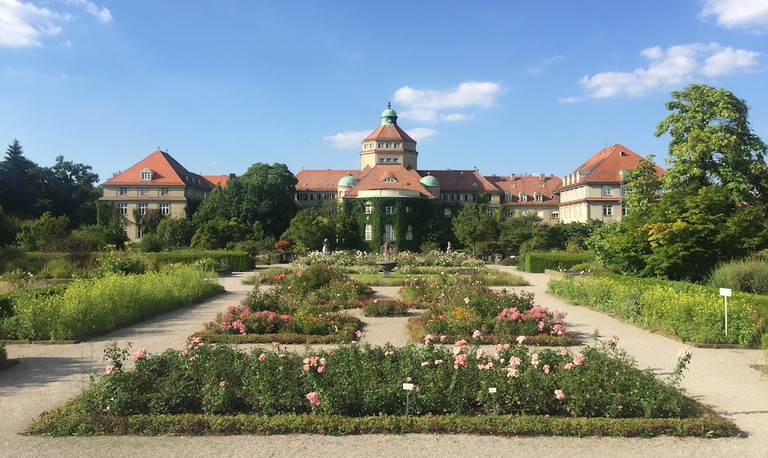 Munich Botanical Gardens | © Roanna Mottershead
Next door to Nymphenburg Palace, the botanical gardens are home to thousands of plants, covering over 50 acres. Another good choice for a rainy day for a rainy, its 4,500 m² greenhouse complex is home to everything from palm trees to terrapins. There’s also a restaurant in the centre of the gardens serving a range of dishes, alcoholic drinks, and excellent ice cream. Open almost everyday until early evening, it’s a bargain at only €4.50 a ticket for adults.
Open In Google Maps
65 Menzinger Straße, Neuhausen-Nymphenburg München, Bayern, 80638, Germany
+498917861310
Visit Website
Give us feedback

Spend the afternoon in a beer garden

As soon as the sun peeps out, beer gardens go from a sad collection of empty benches to being filled with people relaxing with a maß and pretzel in hand, so head to one of the city’s many outdoor venues. At Waldwirtschaft in the south Munich suburbs you’ll find traditional food stalls and live jazz bands. Nearer to the centre, try Hirschgarten with its claim to be not just the largest beer garden in Germany, but in the world! Queues can get long on a sunny day, so arrive early and claim your spot. In the self-service area, you can also bring your own picnic.
Waldwirtschaft, Georg-Kalb-Straße 3, 82049 München, Germany, +49 89 74994030
Hirschgarten, De-la-Paz-Straße 71, 80639 München, Germany, +49 89 17999119 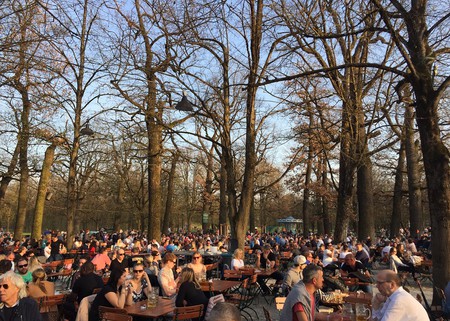 Hirschgarten | © Roanna Mottershead
Give us feedback