The Best Walking Tours to Take in Cologne

Cologne is a multi-faceted city with so much to see that it would take weeks to do it all. Walking tours are generally an excellent way of getting to know a place, so we’ve had a look at what Cologne has to offer and cherry-picked the most interesting guided tours that will help you to get acquainted with the city.

If you only do one thing in Cologne, it should be visiting the Cathedral. Even though you can enter the church daily and free of charge, a guided tour is money well spent if you’re even just a little bit interested in history and architecture. There are a number of options to choose from with varying prices, some of which include a climb up to the observation deck, others take you into the crypt and the cathedral treasury or focus on the stained glass windows and other individual artworks. 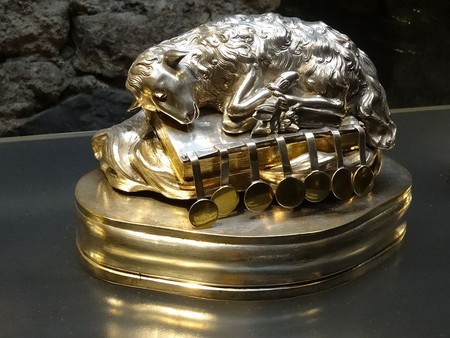 Inside the Treasury | © Cherubino / WikiCommons

The Melaten Cemetery is to Cologne what Père Lachaise is to Paris. The cemetery encompasses an area of 435,000 square metres and with its parks and tree-lined walking paths creates a peaceful atmosphere that locals believe is not only a place for grief and remembrance but also a spot to recover and feel alive. Guided tours tell of the cemetery history and individual tombs and mausoleums, and share insight into the interesting lives that some of Cologne’s most famous citizens led before they found their final resting place here. Tours are organised by various operators and follow different themes; prices start at around €11 per person.

Behind Cologne Cathedral, the cobbled alleys and plazas of the Old Town have a few stories to tell as well. Walking tours are a fun way to learn about the 200 years of history Cologne has under its belt. You’ll see and hear about the pillars of Cologne’s identity – from the historical town hall, the pastel-coloured houses at the fish market and the traditional brew houses to fascinating anecdotes from the Roman Empire and the Middle Ages and some insider’s knowledge of the local Carnival customs. Prices start at €10 per person. 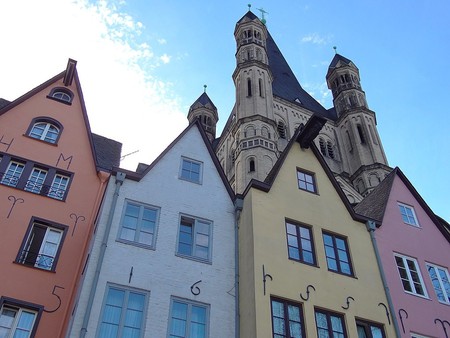 It won’t take you long to realise that Cologners are obsessed with their local beer variety, called Kölsch. Twelve traditional brewhouses across the city still produce a variety of beers which are all served in long and thing 200-millilitre glasses. Countless operators organise tours around the most popular breweries in Cologne’s Old Town, beer, snacks and schnapps included. Foreign languages are offered by almost all, but if you speak German, you might want to consider going with a guide who tells all the fun anecdotes of Cologne and beer-making in the local dialect.

Cologne developed from a 50-AD Roman settlement. Remnants of the time are scattered across the city, but some are hidden underground. Guided tours take you beneath the surface of today’s and past the old city walls, into the remains of the 2000-year old Roman Praetorium, the palace of a former Roman governor, and an ancient sewage system. Other highlights include an early Christian baptismal font and the mysterious Ubier stone monument.

More than 300 church towers punctuate the sky above Cologne, and while virtually everyone visiting will stop at the jaw-dropping Gothic Cathedral, many don’t know that the city is also home to twelve Romanesque churches. They were all built between 1150 and 1250 and form in a semi-circle within the ancient city boundaries. Each and every one of them tells their own story, and guided tours explore what’s behind the historic walls, usually picking two out of the twelve for a three-hour-long tour. Prices are available upon request.

Cologne’s established art galleries aside, the city boasts a ton of urban spots that feature some incredible street art. The neighbourhoods of Ehrenfeld, Nippes, Mülheim and the Belgian Quarter are particularly interesting, and guided walking tours take you past the most impressive large-scale murals, graffiti, tiny stickers, yarn-bombed lampposts and stencils. CityLeaks tours usually run €7.50 per person; ongoing dates and meeting points are listed on their website. 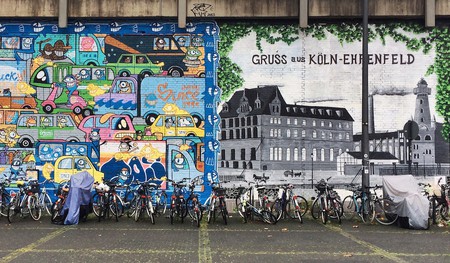