The Best Things to See and Do in Erfurt, Germany

Erfurt Cathedral | © lapping / Pixabay
Erfurt, the capital and biggest city of the German state of Thuringia, is often skipped by tourists. However, those who take the time to delve into its historic, charming heart are rarely disappointed. This 1,200-year-old city is best known as the location where Martin Luther, one of the most inspiring figures in Christian history, became a monk in 1505. The skyline of Erfurt is punctuated with beautiful architecture and the city offers a wealth of natural, historical and cultural attractions to fill several busy vacation days. Let’s take a look at the best that Erfurt has to offer.

The earliest existence of Erfurt Cathedral, or St.Mary’s Cathedral, can be traced back to 742 AD, though it has undergone many changes in the later centuries. This magnificent German Gothic architecture is made of three ornate towers. The middle tower houses the ‘Gloriosa’, the largest bell in the world famous for its fantastic resonance. As you step inside, the 13 stained-glass windows reaching up to a height of 13 metres are sure to take your breath away with their dazzling colours. The setting is further enhanced by an ancient altar, precious artwork, 14th-century choir-stalls and a 12th-century figurine of the Virgin Mary. The area around the Cathedral, the Domplatz, is worth exploring because of many examples of historic architecture and a lively open-air market. 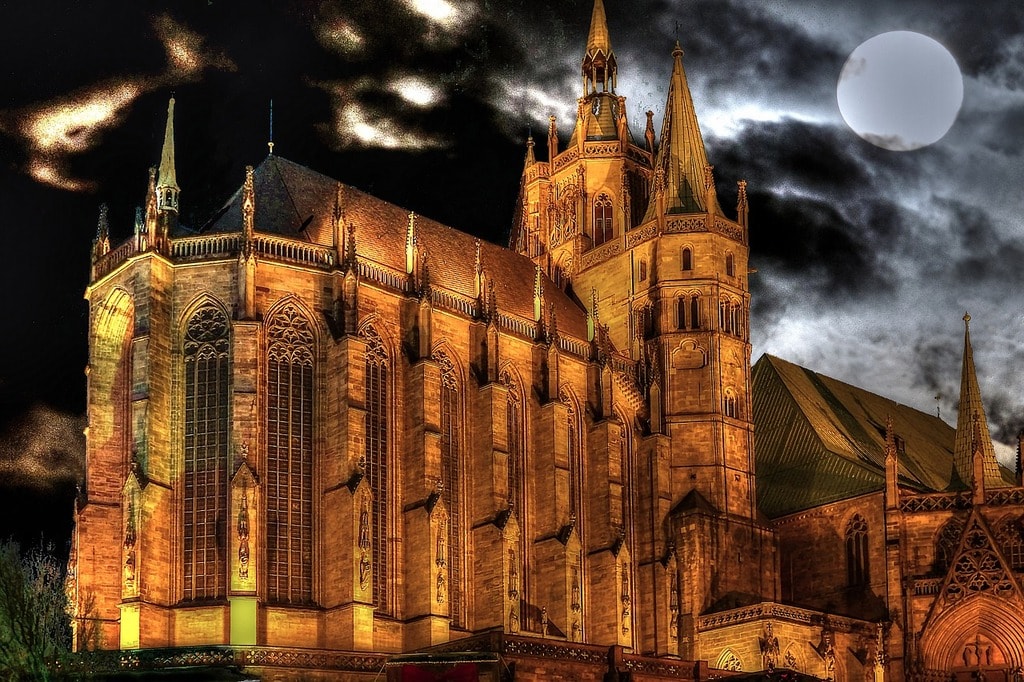 Augustinian Monastery has immense historical importance, as it was here that Martin Luther became a monk in 1505 and lived for several years. This 13th-century monastery offers guided tours to the public, including stops at Martin Luther’s room, and an exhibition and several monuments dedicated to the visionary. Visitors also get to see a beautiful chapel and murals.

Egapark (36 hectares) is one of the largest leisure parks in Germany, and boasts Europe’s largest ornamental flowerbed, earning Erfurt the title of Flower City. Egapark is crisscrossed with a number of stunning themed gardens, divided into climatic and vegetation zones. To take in the surreal beauty of the park all at once, climb to the top of one of the observatories in the garden. Egapark is a great day out option for the entire family as it houses the largest playground in Thuringia, complete with waterworks and a farm, as well as numerous restaurants. 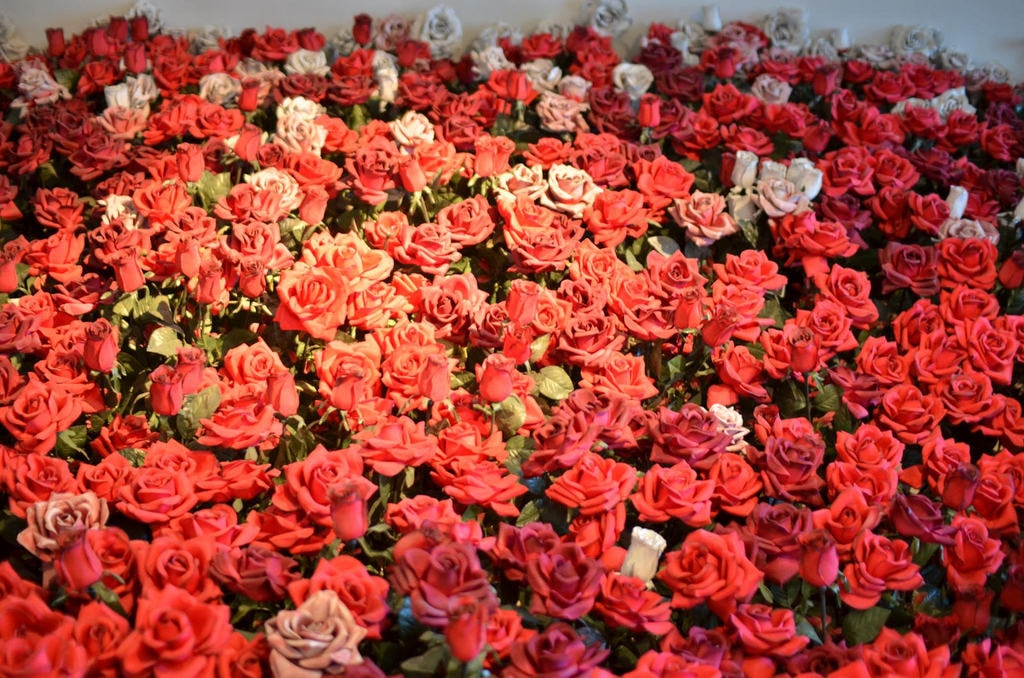 Zitadelle Petersberg, standing proud since the 17th century, is considered to be one of the largest and best-preserved Baroque fortresses in Central Europe. Visitors can choose to explore the casemates, passages, bastions and bakery of the fortress on a guided tour. The historic area of Petersberg (or St. Peter’s Hill), including St. Peter’s Church (Peterskirche) and the Zitadelle, comprises a fascinating ensemble that should not be missed on any account. 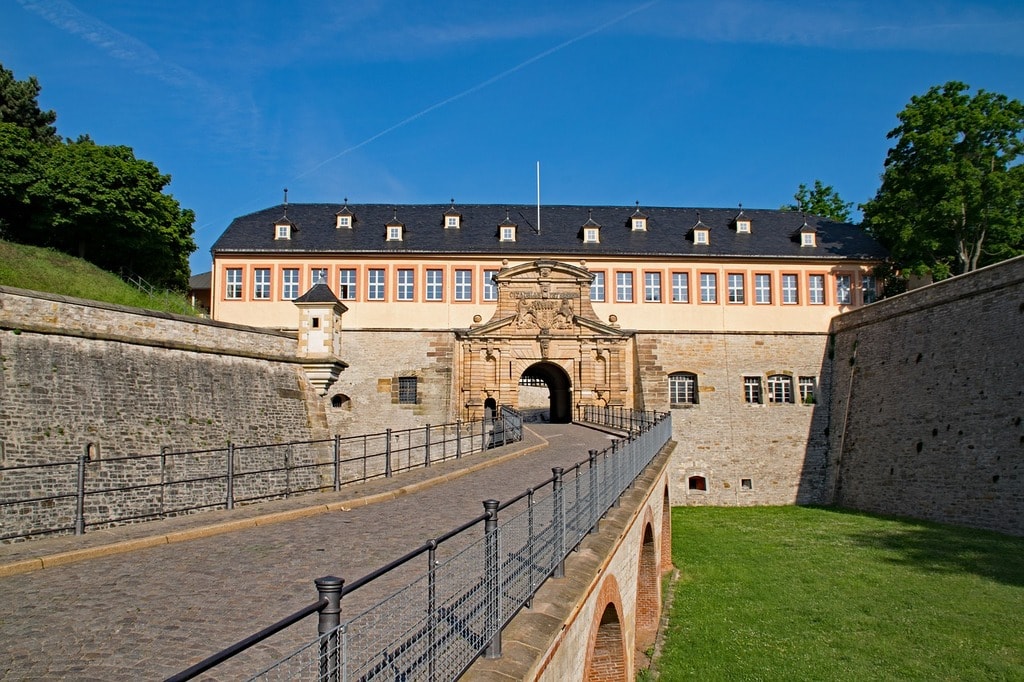 Synagogue
The Erfurt Synagogue was built in 1100, which makes it the oldest construction of its kind in all of Europe. Behind its ancient walls is housed a priceless treasure trove of 3,000 silver coins, over 700 gold pieces and 14 ingots from the 13th and 14th centuries. The Erfurt Treasure, as it is called, was discovered in 1998 in the Jewish district of the city. It is believed to have been hidden during the Black Death, a devastating epidemic that ravaged Europe between 1347 and 1351.
More Info
Open In Google Maps
8 Waagegasse, Altstadt Erfurt, Thüringen, 99084, Germany
+493616551608
Visit website

Merchants’ Bridge (Krämerbrücke) is the most unique structure in Erfurt. This arched stone bridge over the River Gera was built back in 1325, spanning a trading route. This is one of the few bridges in Europe to be built over by residential houses along its entire stretch. At the east end of the bridge, you will find a church named Ägidienkirche. From the top of this church, you are awarded with a panoramic view over the city. This region also woos travellers with rows of quaint cafés, restaurants and shops. 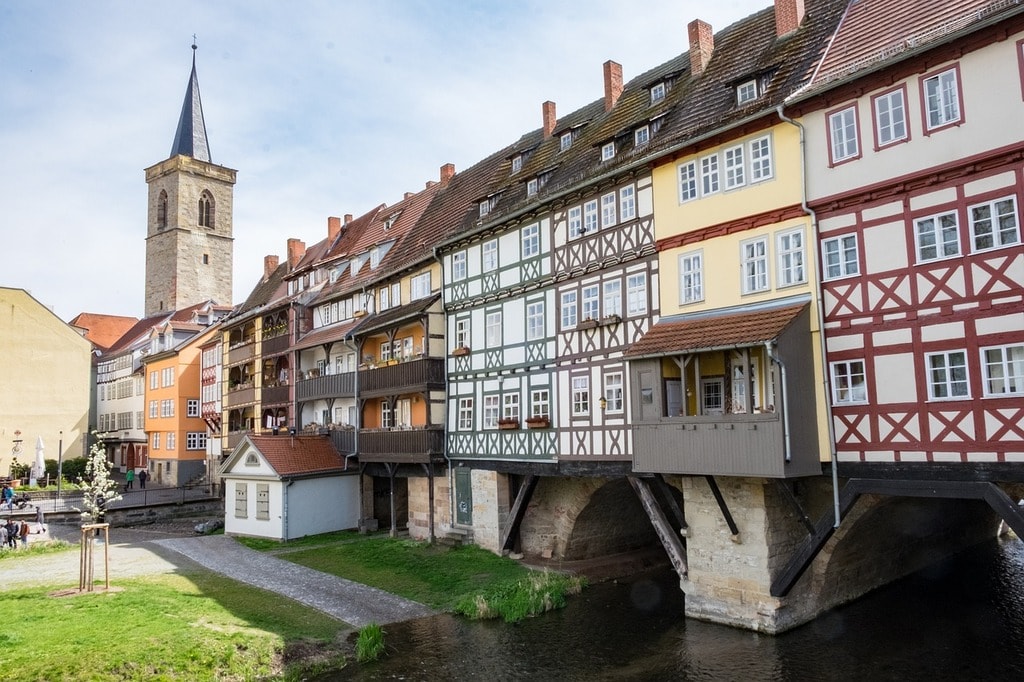 The lavish building of Angermuseum was built in 1706-1712 as a packing and weighing house, and today delights visitors with a great collection of arts and crafts ranging from the Middle Ages to the modern times. The displays at this museum walk visitors through the historical, economic and cultural evolution of Thuringia and Erfurt down the centuries. A special attraction of this museum is the Thuringian faiences of the 18th century, the largest such collection in the world. 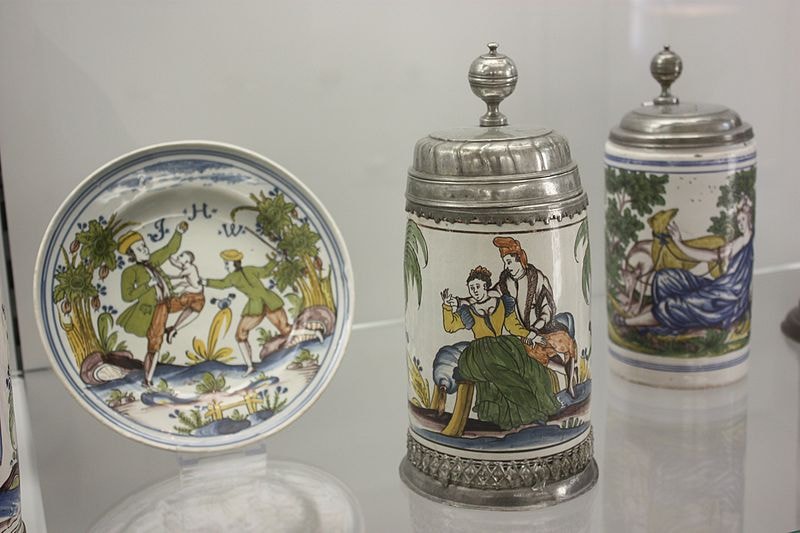 When you are in Erfurt, a must-see is Schloss Molsdorf, only around 10km (6.2 miles) outside the city centre. This ornate palace, set in a lush green parkland, is considered to be one of the most beautiful Rococo architectures in Thuringia. The palace offers guided tours to the public, in the course of which visitors get to explore stunning period furniture and décor, and precious artwork and sculptures. 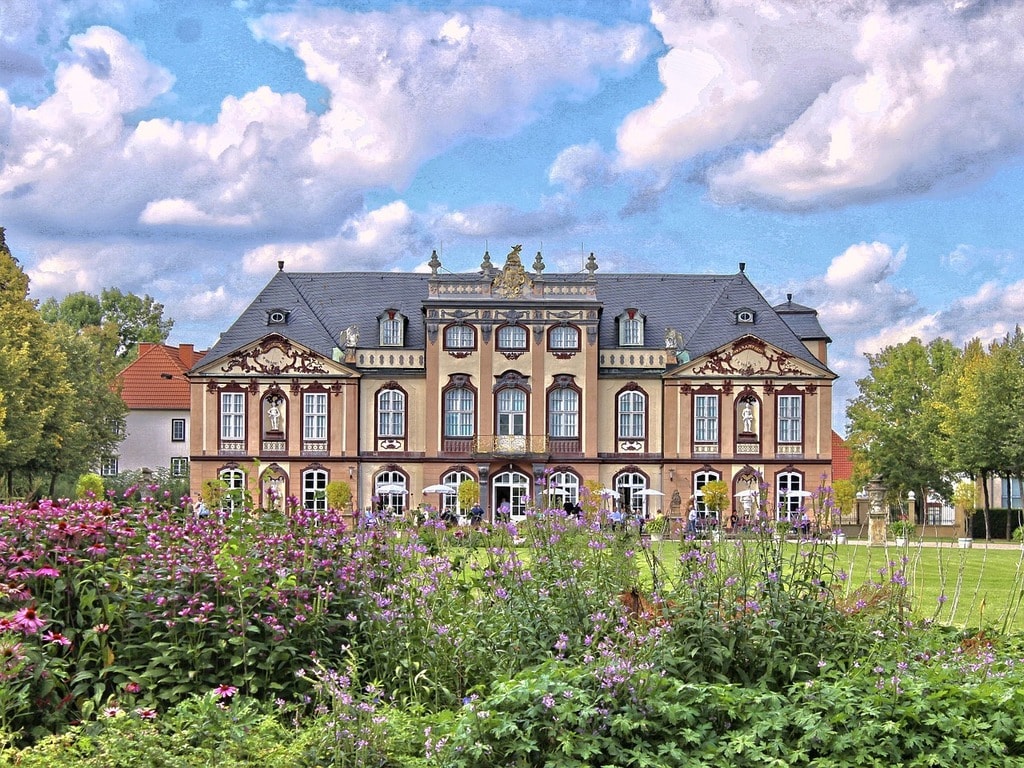