The Best Things to See and Do Around Lake Constance 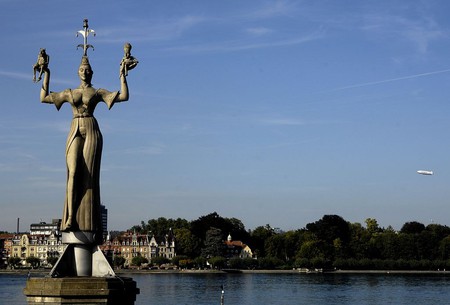 Lake Constance is much more than the famous lake that spans three countries. Its historic churches, museums, medieval towns, islands and castles nestled into the beautiful natural landscape make Lake Constance one of Europe’s most unique destinations. Make sure to visit these tourist favourites and breathtaking sights while you’re there.

Due to its renovation, the Münster of Konstanz (also known as the Münster Unserer Lieben Frau) is even more beautiful as it proudly represents more than 1,000 years of history. An amalgamation of Baroque, Renaissance, Romanesque and Gothic styles, it used to be the church of the diocese of Konstanz until 1821. 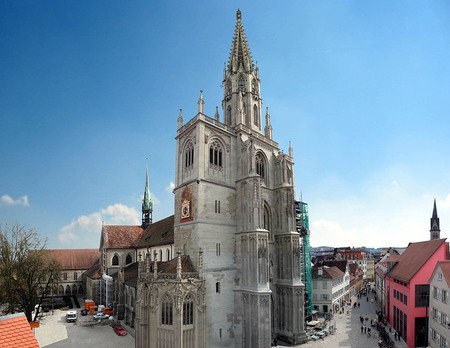 The towering beauty of the Münster of Konstanz | © Fb78 / WikiCommons

One of Lake Constance’s most famous UNESCO World Heritage Sites, the historic abodes of the Pfahlbaumuseum were carefully reconstructed to allow visitors to go back in time and experience life during the Stone and Bronze Ages. The stilt dwellings are a unique experience divulging the details of the lives of local farmers, fishermen and craftsmen from that era. 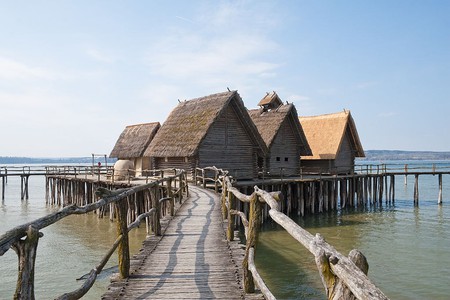 Going back in time at the Pfahlbaumuseum | © Andreas F. Borchert / WikiCommons

You’ll often see a Zeppelin floating over Lake Constance (you can even book a tour flight) and the Zeppelin Museum is the place to revel in the historic significance of this unique aircraft. Housed in the former main train station at the Friedrichshafen lakefront promenade, the Zeppelin Museum’s most impressive display is a full-scale mock-up of the Hindenburg, famous for being the largest airship to have ever been built. 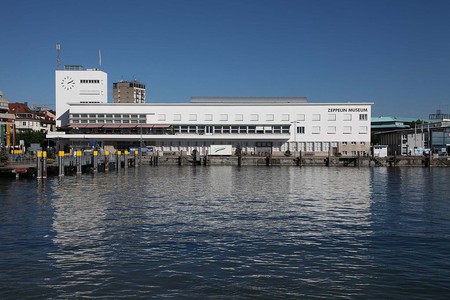 The Bauhaus style Zeppelin Museum by the lakeside | © ZMF / WikiCommons

You can spend a whole day on the islet of Reichenau, another UNESCO World Heritage Site once famous for producing some of Europe’s most beautiful illuminated manuscripts and frescoes. Nowadays, three gorgeous historic churches from Reichenau’s heyday as well as orchards and wineries have made the islet a definite must-see. 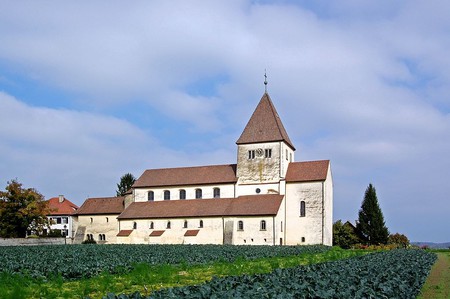 Another one of Lake Constance’s major sights is the island of Mainau, which is also known as the island of flowers. Its 45-hectares are a lush dream of parks and gardens, an arboretum created by the late Frederick I, the Grand Duke of Baden, who purchased the island in 1853 and used the beautiful island palace as his summer retreat. 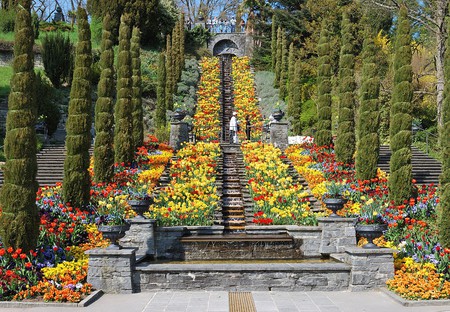 The blooming flowers on the island of Mainau | © Harke / WikiCommons

What was once a Cistercian monastery in 1134 became one of the richest and largest castles in Southern Germany. Nowadays, the grand estate’s west wing serves as an elite boarding school, which Prince Philip briefly attended, and the rest is open to perusing – hedge mazes, gardens and rococo style apartments included. 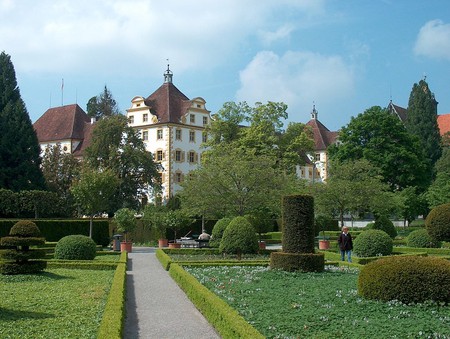 You can’t visit Bodensee without becoming familiar with local sculptor Peter Lenk, whose work is scattered all around the Bodensee districts. Even though one of his most controversial works is Ludwigs Erbe (a mural where, among other things, Germany’s politicians are grabbing each other’s genitals in glee), Imperia, the nine-metre-high sculpture at the end of Konstanz’s pier, is his most well-known work. The sculpture depicts a prostitute from a novel by Balzar who lived during the days of the Council of Constance. If you look closely, you’ll see naked sculptures of Pope Martin V and Holy Roman Emperor Sigismund hanging in her grasp. 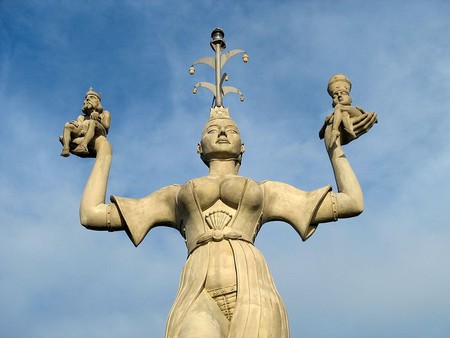