The Best Things to do in North Rhine-Westphalia, Germany 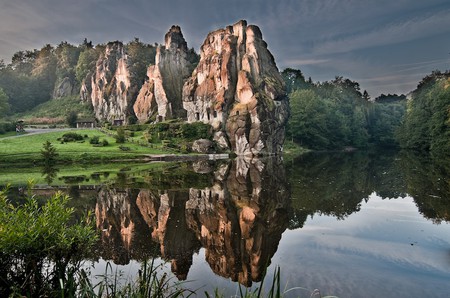 Cologne Cathedral might be the most impressive landmark in the entire state of North Rhine-Westphalia. The masterpiece of Gothic architecture miraculously survived World War II, which turned much of the city to rubble, and was added to the list of UNESCO World Heritage Sites in 1996. The twin spirals soar into the sky and overlook the city centre, with the cobbled streets of the old town, the central station and the main shopping promenade. And while the façade is quite impressive, much of the fascinating details await inside, including the Shrine of the Three Wise Men, the treasury, and beautiful stained glass windows. 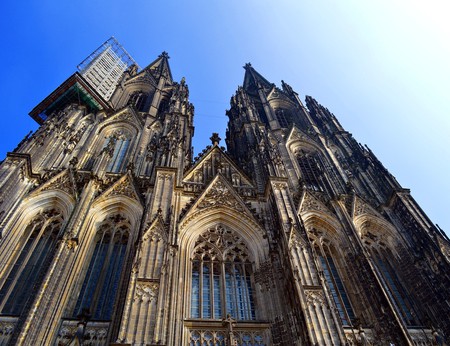 Charlemagne, or Charles the Great, was the first Emperor of the Roman Empire and chose Aachen as his seat in 800 AD. Today, you can follow a self-guided tour around the city to explore how the ruler has shaped Aachen, both the city and the entire region. The tour passes many of the city’s architectural and historical highlights, from the jaw-dropping Aachen Cathedral and several museums to historical buildings, the Gothic Town Hall and more. Themed stations along the way revolve around different aspects of life, such as history, science, religion and power.

Step into a fairytale at Drachenburg Castle

Drachenburg Castle, or Dragon Castle, near Bonn does look like it’s straight out of a fairytale, but no kings or queens have ever lived here. The dreamy building was constructed as a private mansion in the late 19th century, but the baron never moved in and it was used as a Catholic school and a Nazi elite college before World War II bomb raids damaged it heavily. Luckily, a private investor jumped to help preserve the castle for future generations and converted it into one of the region’s most popular tourist attractions. 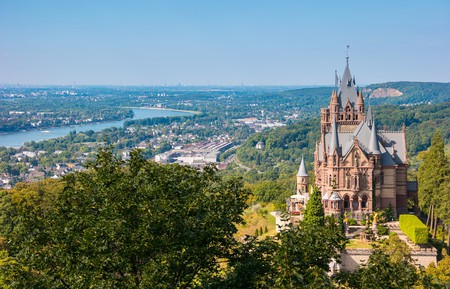 Learn about the region’s industrial heritage

The otherwise unimposing town of Essen is home to what is known as the world’s most beautiful coal mine – former coal mine we should say. The Ruhr region north of Dusseldorf was once the coal producer in Germany, and the Zeche Zollverein XII stands as a witness of that time. After 140 years in operation, the mine was decommissioned in 1993 and the industrial complex was listed as a UNESCO site and converted into a museum and event space.

Dusseldorf’s pompous mansion dates back to 1755, when it functioned as the residence for the widowed Electress Palatine Elisabeth Auguste. The complex of the Maison de Plaisance, hunting lodge and the vast parks and gardens, is an architectural masterpiece of Baroque and Rococo elements. Guided tours take you around the overwhelming rooms, including the vestibule and the main hall. And if all this pomp and splendour leaves you envious, you can add a detour to Germany’s poshest boulevard, the city-center Königsallee, for a shopping spree afterwards. 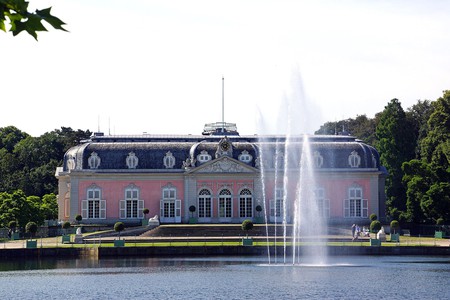 Go wine tasting in the Ahrtal

When the Romans established their strongholds along the Rhine River, they brought wine with them, and to this day vines clad the rolling hill of the Ahr Valley. Summer weekends see people from all across the region come to the major hubs of Ahrweiler and Bad-Neuenahr to explore the surrounding vineyards. The area is traversed by scenic hiking trails, dotted with medieval monasteries and ruins, and vineyards that produce award-winning red wines. Many of them offer cellar tours, overnight stays and wine tastings, which make for an ideal stop if you’re crossing through North Rhine-Westphalia.

In the midst of the Teutoburg Forest, the so-called Externsteine juts out and up from the surrounding trees. This bizarre rock formation ranks among the most renowned natural monuments in Germany and draws more than half a million people to the nature reserve each year. The mystical implications and sagas revolving around the rocks also caught the attention of the Nazis, who used the site for their Third Reich propaganda. Today, people are interested in the jagged sandstones from a geological point of view and spend their pastime exploring the walking trails of the area.

Externsteine | © CatMan61 / WikiCommons
Give us feedback