The Best Ski Regions Within 90 Minutes of Munich

Watzmann mountain, Bavaria | © canadastock/Shutterstock
Any of the world-class ski resorts located 90 minutes or less from the city centre of Munich, most of which are reachable by train and have decent snow from November to April, can be a good start to your German winter holiday. Here are the 7 ski regions near Munich we think are worth checking out.

Twenty kilometres (7.5 miles) of pistes await you at the Alpsee-Grünten in the Allgäu (a mountainous region in Bavaria that sounds like ‘Allgoy’), one of Germany’s most famous winter sport regions. Head straight to the chairlift from the train station, or, if there is enough snow, hit the rails, boxes and kickers in the fun park. Hiking trails are available as well as toboggan trails for adults that want to be kids again, with night tobogganing every Friday and Saturday from 7-10 pm (the last mountain ascent is at 9:45 pm). 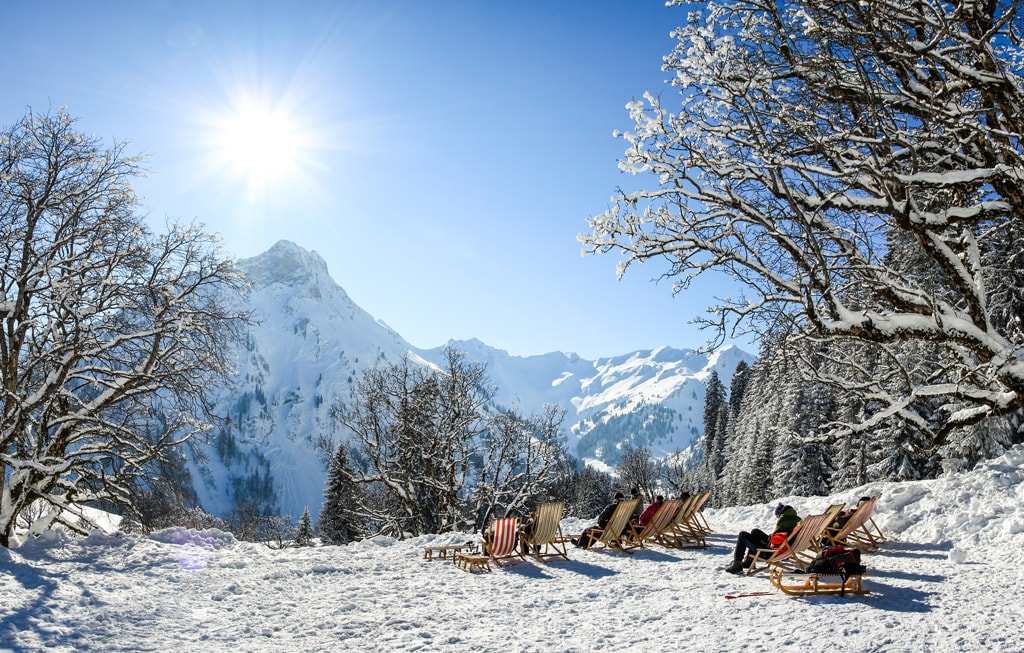 Oberjoch is another top ski resort area in Germany, and while it has facilities for beginners and children, it caters especially to advanced and professional skiers. Nearly all the descents begin over 1,200 metres (3,900 feet) above sea level and there is plenty of natural snow, though should it be a bad year, 50 snow machines stand by ready to supplement. The pistes in the Allgäu Alpine Training Centre are floodlit every Thursday until 9 pm. 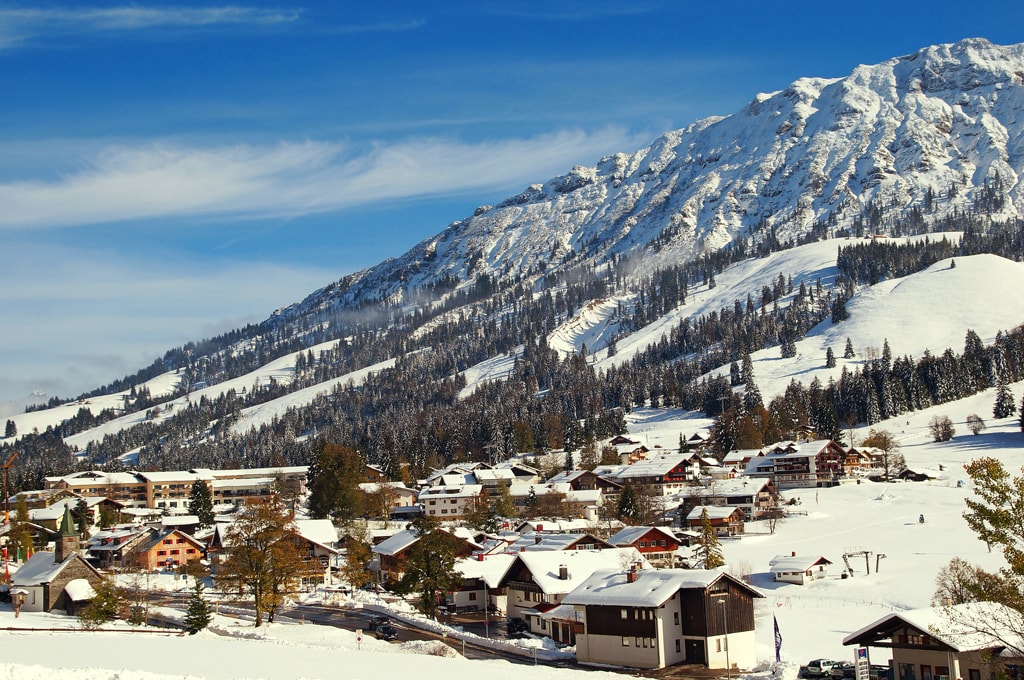 Attention all skiers—the 7-kilometre (4-mile) Dammkar, Germany’s longest ski route, awaits and no helicopter is required. For the skier content with a more relaxed experience, Karwendel has many Alpine huts that offer a nice pause in the middle of a run either to refuel with a small meal or warm up with some hot chocolate or schnapps. 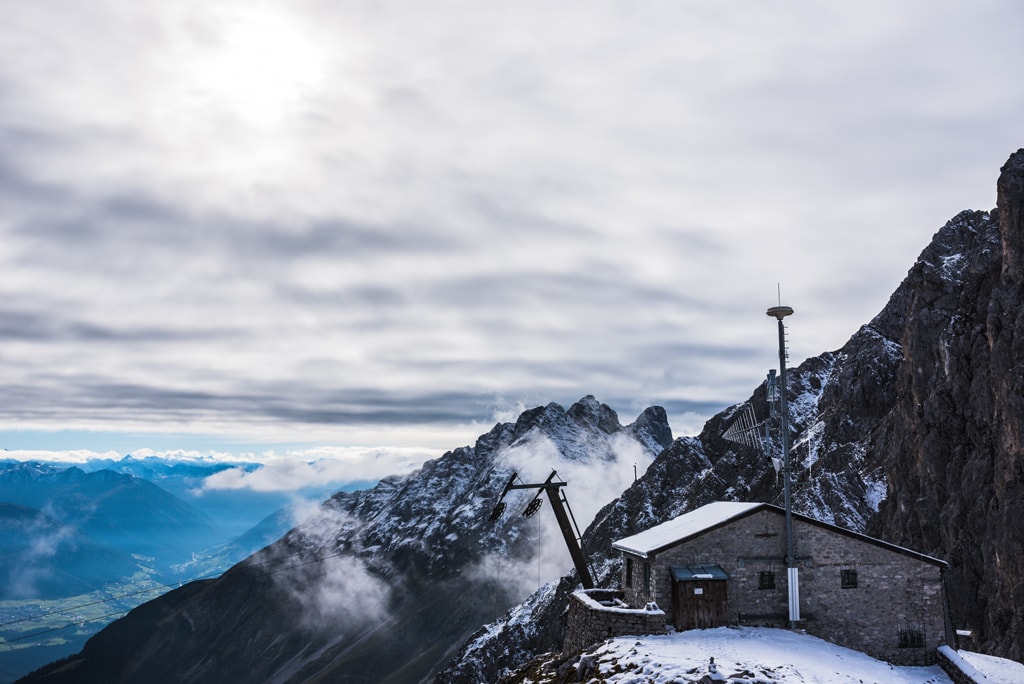 The most instantly recognizable of all German ski resorts, Garmisch-Partenkirchen is a region of two mountain villages south-west of Munich and right next to the Austrian border. This is a great place to go if some people in your party aren’t big skiers but also don’t fancy staying alone in Munich all day. There are plenty of activities available like shopping or sledding, cross country skiing and even Bavarian curling (give Eisstockschießen a Google). It’s also perfectly acceptable to just sit in the chalet with some schnapps and admire the view, though for skiers, the Zugspitze beckons. 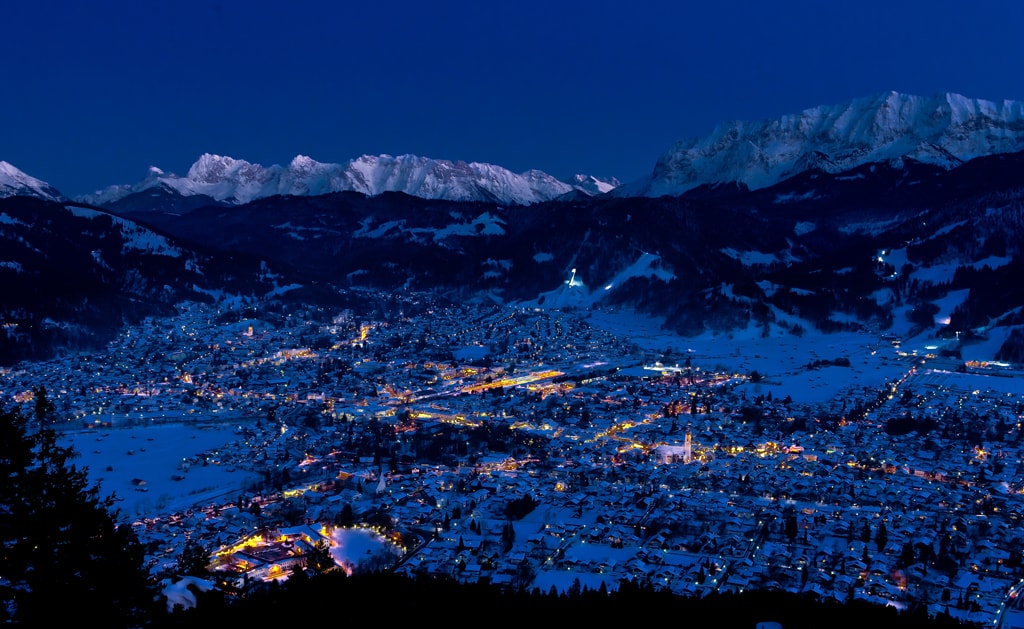 The Goliath of the German skiing areas, the Zugspitze lies around 2,500 metres (8,200 feet) above sea level and offers skiing for seven months of the year. There are 22 kilometres (13.7 miles) of pistes for beginner and advanced skiers. Expert skiers, or those with more bravado than common sense, can try the thigh-crushing 3-kilometre (almost 2-mile) Super-G course. Stop halfway down the mountain for dinner and take in the view of 400 mountain tops over dessert. 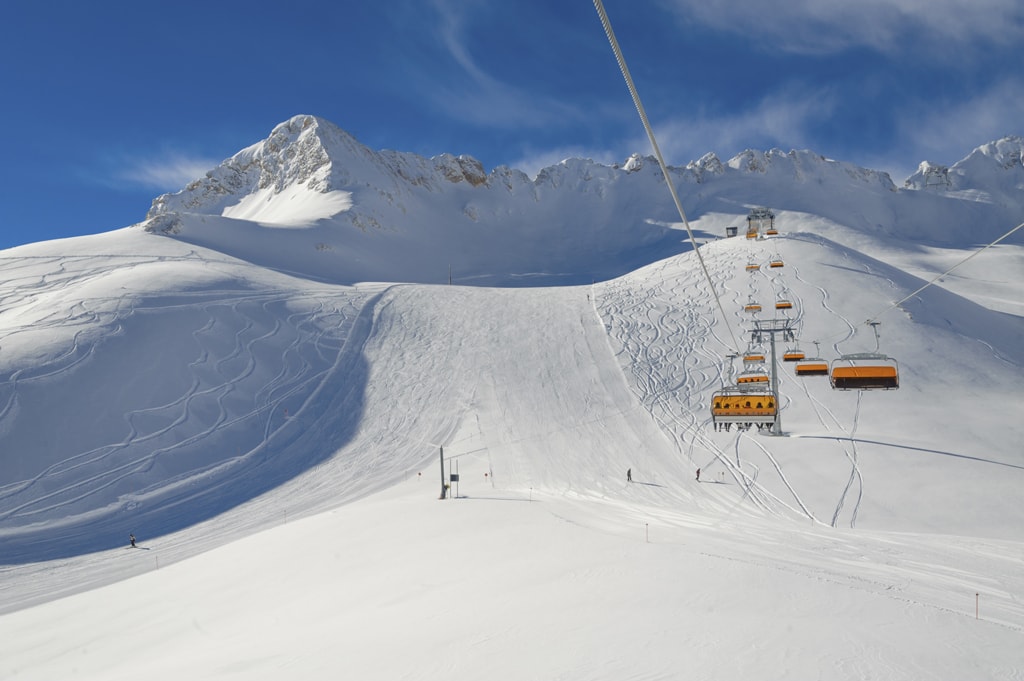 This ski region offers 18 cableways and lifts that service 34 kilometres (21 miles) of runs spanning all ability levels. Located just 60 kilometres (37 miles) south of Munich, it’s also one of the few resorts that allow skiers to stay in the city and not have to wake up at a ridiculous hour to get a full day on the mountain. Garland is a World Cup downhill route that expert skiers can ride to see how they fare against the pros. From Tuesdays to Saturdays, the Streidlhang is floodlit and turns into a vertical disco. Bars on the slopes open until 10 pm. 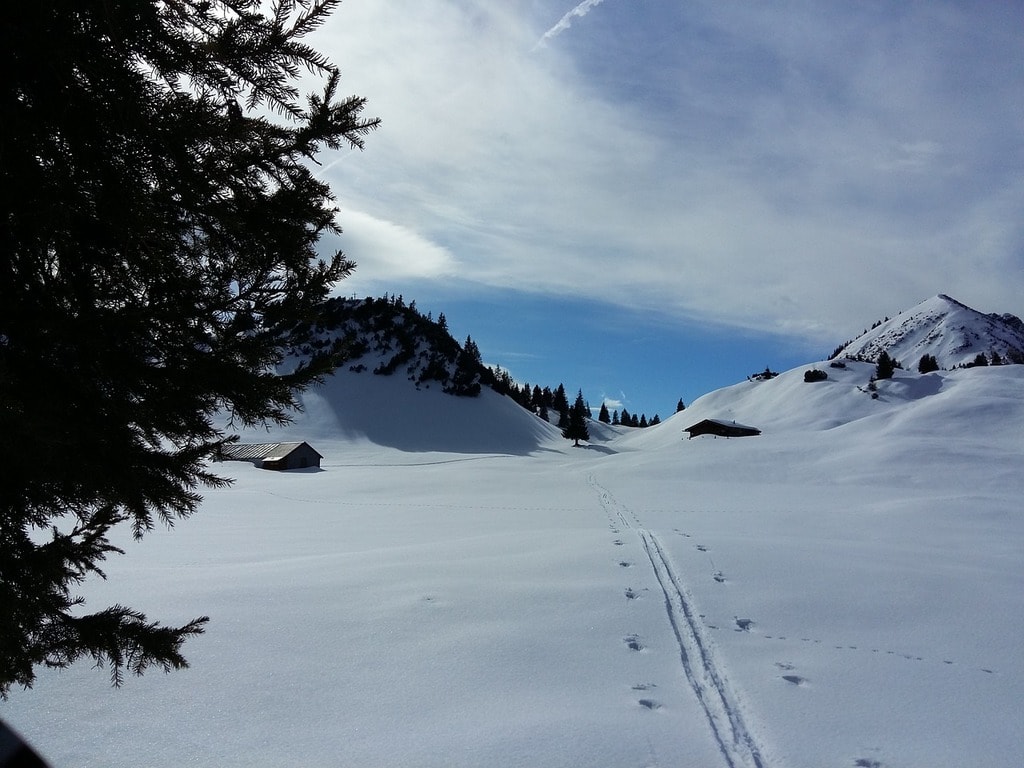 Back in the Allgäu, the ski area of Oberstaufen is the perfect combination of challenging runs, excellent snow and fun après-ski vibes. The Hochgrat is one of the best options for skiers who want to avoid the crowds at the larger resorts. At 1,834 metres (6,017 feet) high, it has plenty of natural snow and many opportunities for going off-piste without killing yourself. 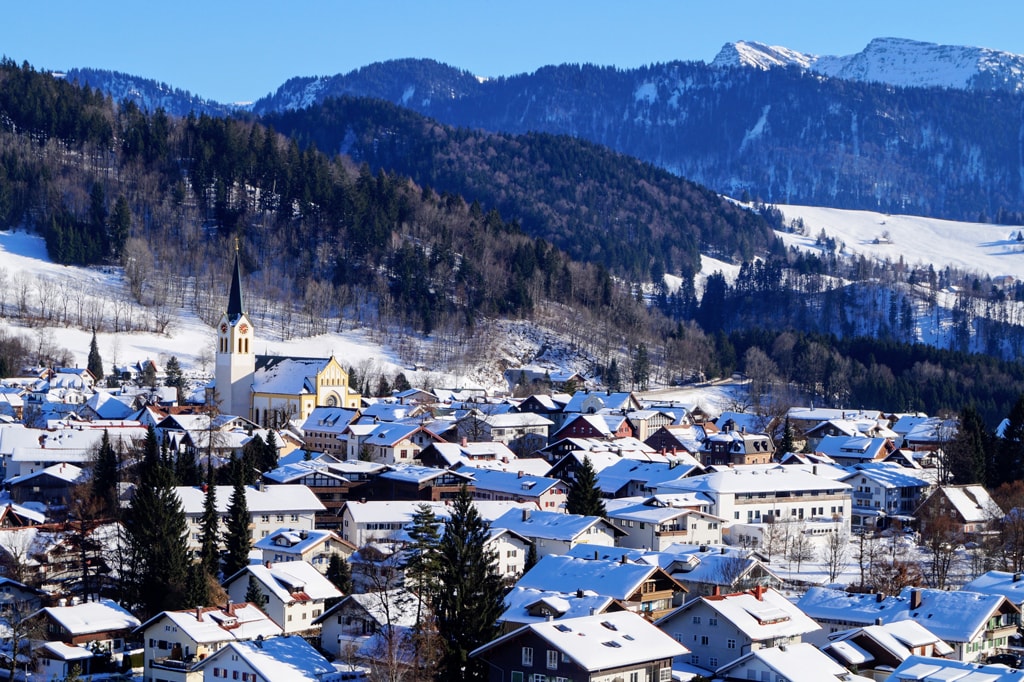