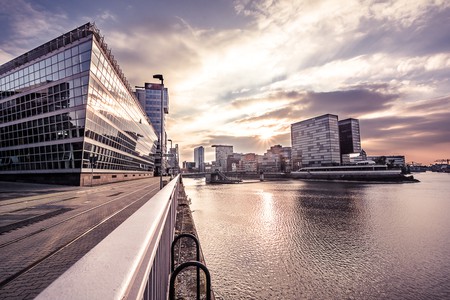 The Aldstadt (literally ‘Old Town’) is the historic heart of the German city of Düsseldorf. Despite being less than half of a square kilometer, this little borough is home to over 300 bars and discothèques, earning it the epithet of “the longest bar in the world”. Here is a list of restaurants to check out between drinking and sightseeing through the area. 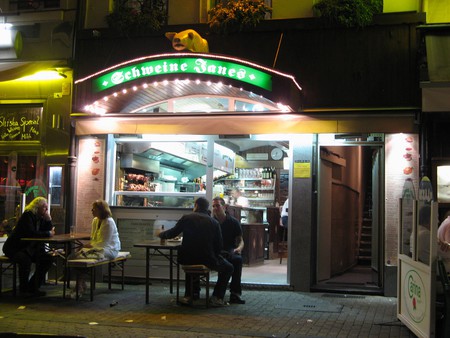 Restaurant, German
Facebook
Email
Twitter
Pinterest
Copy link
Share
Located in the center of Aldstadt on one of Düsseldorf’s oldest streets, Bolkerstraße, Schweine Janes has been a go-to place for traditional German comfort food for over 30 years. While classics like schnitzel making an appearance on the menu, Schweine Janes is best known for its variety of grilled and roasted cuts of pork and beef, especially the schweinehaxe(roasted ham hock). While certainly not the lightest of meals, it’s perfect on a chilly day and great when washed down with a stein of one of the restaurant’s reasonably priced local beers.

The French and the Germans haven’t always been the most culturally compatible. However, the opposite is true at Parlin-Essen und Weinbar, located just off the banks of the Rhine River. There, German and French cuisines peacefully occupy the same menu, giving diners unexpected diversity within the realm of familiarity. For once, it is possible to enjoy fois gras terrine and Weiner schnitzel during the same meal. The same cultural mixing also proliferates on Parlin’s wine list. So, whether you decide to go German, French or somewhere in between, just be sure to save room for the tarte tatin at the end! 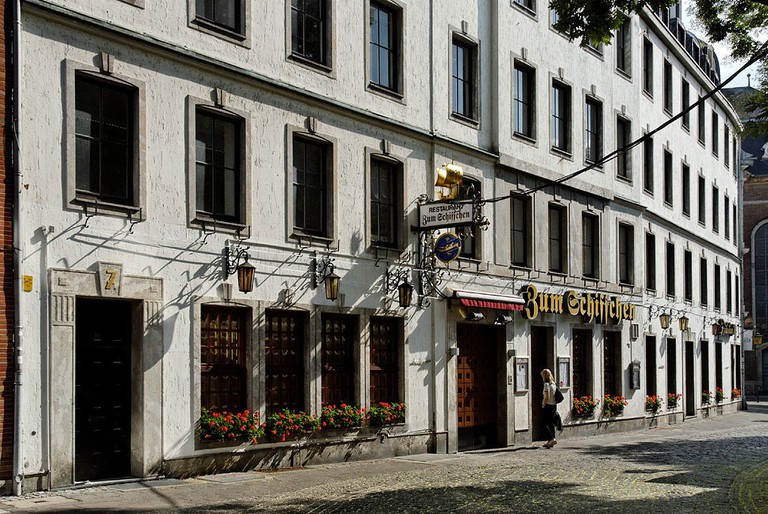 Restaurant, German, European, $$$
Facebook
Email
Twitter
Pinterest
Copy link
Share
Like Schweine Janes, Zum Schiffchen (meaning “small boat”) specializes in traditional German comfort food. However, this restaurant has been doing so for at least 380 years, starting in 1628, when Wilhelm Hütten opened Zum Schiffchen as an inn and brewery outside the city walls. It is officially the oldest restaurant in Düsseldorf and despite clientèle as distinguished as Napoleon, this brauhaus has always made a point to appeal to the average Joe. House specialties, such as schinken-schweinehaxe (grilled pork knuckle) and Weiner schnitzel, as well as the beer, all remain reasonably priced and supremely tasty. 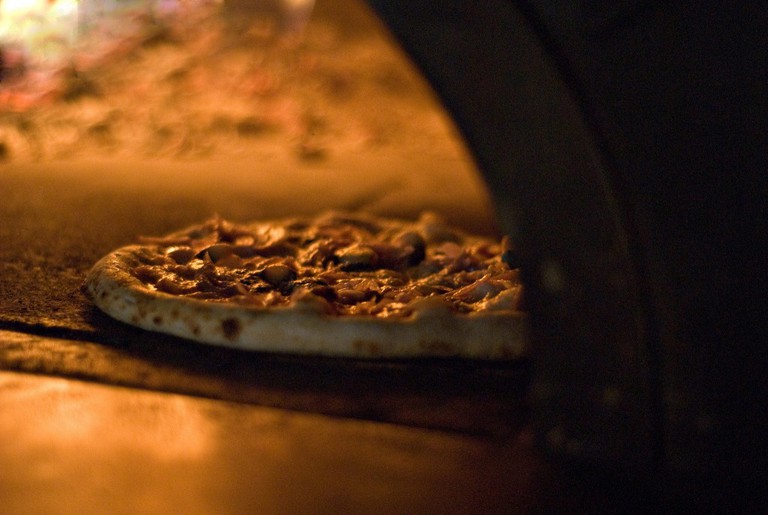 Pizza Baking in Wood Burning Oven | ©N Wong/Flickr
Located on the Rhine Promenade, GOSCH-Der Sylter Fischkutter is the perfect place to enjoy a meal of fresh seafood along with stunning views of the waters. This serve-yourself seafood restaurant was the brainchild of Jürgen Gosch, who, in 1967, opened a small fish shack on Sylt Island in northern Germany. Today, there are several other locations and variations all over the country. If it’s in stock, try the eel along with a glass of wine – Gosch’s own original product.

Restaurant, Italian
Facebook
Email
Twitter
Pinterest
Copy link
Share
It seems that at some point or another, everyone craves pizza, and if you find yourself in Aldstadt, Düsseldorf, the place to satisfy that craving is at Pizzeria di Napoli. Pizzas are baked quickly in the restaurant’s authentic wood-burning oven imported from Naples. While there are upwards of 25 different types of pizza on the menu, your best bet is to stick with the basics. For a true taste of Naples in Germany, try the margarita pizza, topped with buffalo mozzarella, basil and cherry tomatoes.
Give us feedback