The Best Movies by Rainer Werner Fassbinder You Must See

Rainer Werner Fassbinder was one of the most important figures in the development of the New German Cinema movement from the late 1960s to the 1980s, along with the likes of Werner Herzog and Alexander Kluge. He made 40 feature length films in a short but highly prolific career that ended with his untimely death in 1982, aged 37. Here we will check out five of the best films by this controversial and provocative director.

Adapted from a play Fassbinder had written himself, this film takes place entirely within the claustrophobic confines of the main character’s bedroom, and features a uniformly excellent all-female cast. Margit Carstensen, one of Fassbinder’s favorite actresses, stars as the titular divorced fashion designer who falls in love with a young model, played to great effect by Hanna Schygulla, another one of the director’s muses who starred in twenty of his films. Very uncomfortable to watch, yet endlessly fascinating and mysterious, The Bitter Tears has proved to be one of the most enduring of the director’s extensive body of work.

In Fear Eats the Soul Fassbinder approaches the uncomfortable subject of racism in an elegant and dignified manner. A widow in her sixties, who works as a cleaning lady, and an immigrant laborer from Morocco, some twenty years her junior, begin a relationship, much to the displeasure of the woman’s family and society as a whole. Shot in under two weeks and on a minuscule budget, the film says more about race relations and the nature of companionship than any recent ham-fisted Hollywood attempts to tackle such immeasurably important subjects.

Here Fassbinder casts himself in the leading role. A young gay man from a humble working class background wins the lottery and begins associating with wealthy men who are out to take advantage of him and ultimately swindle him out of his money (the title is therefore unambiguously ironic, as these individuals are certainly not Fox’s friends). Fassbinder himself was openly gay, which led to much controversy in the press during his lifetime. In Fox and His Friends we see a culture and way of life that strikes the viewer as being both familiar in some respects, and yet somehow distant and foreign in others. Released in 1975, few films at that point had seriously dealt with LGBT subject matters in such an open and frank manner, yet this was Fassbinder’s way of doing things in all aspects of life. 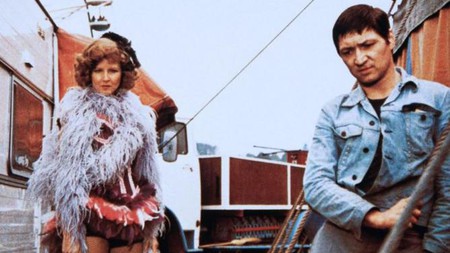 One of the most critically and commercially successful films of Fassbinder’s career, The Marriage of Maria Braun tells of the tragic life of its titular character both during and after the Second World War, and her ill-fated relationships with the men she loved. The superb cinematography is provided by Fassbinder’s long-time collaborator Michael Ballhaus, who worked with him on 16 films, and subsequently went on to work on more internationally famous motion pictures, such as Martin Scorsese’s Goodfellas and Robert Redford’s Quiz Show. 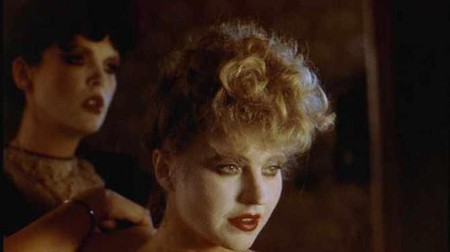 The penultimate film of Fassbinder’s career, Veronika Voss was filmed in striking black and white, and tells the story of a once beloved actress who has faded from glory and become dependant on drugs and alcohol. The actress, now at rock bottom, falls victim to a predatory doctor who supplies her with prescription medication and eyes her fortune. The film is based on the tragic life story of Sybille Schmitz, a German actress who achieved great fame in the pre-war days and tragically descended into substance abuse. Veronika Voss opened to rave reviews at the Berlin Film Festival in February 1982, notably winning the prestigious Golden Bear. Tragically Fassbinder was found dead just four months later, the result of a cocaine overdose and a lifetime of excess. 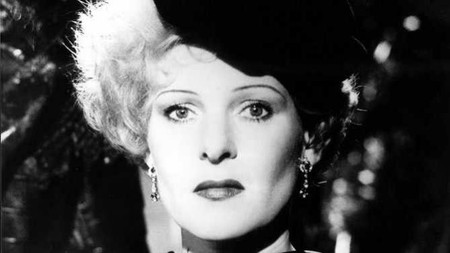