The Best Markets in Leipzig, Germany 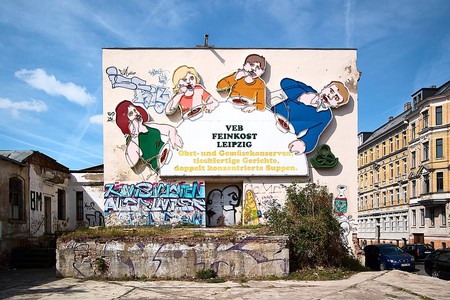 Leipzig is the secret capital of flea markets, with dozens of events happening every month. We’ve had a look at what’s on and picked the best markets to visit. Expect everything from fresh produce, local delicacies and seasonal specialities to vintage clothes and handcrafted designer goods.

On the first Sunday of each month between March and November, Leipzig’s exhibition centre hosts Saxony’s most popular flea market. That’s partially owing by the impressive setting with the dome of the Pantheon serving as a backdrop. The wide range of shops and stalls make for a fun day out rummaging through both genuine antiques and bric-à-brac. If you’re after some souvenirs, keep your eyes peeled for memorabilia from the GDR era. 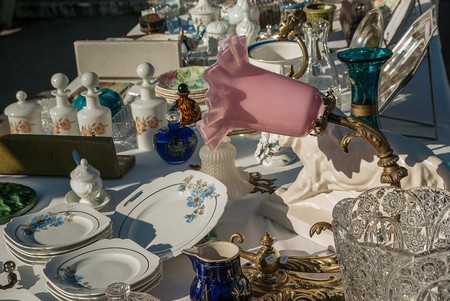 Leipzig, like most German towns, celebrates the most magical time of the year with an annual Christmas market. Wooden huts move into the central market square and transform the city centre into a winter wonderland of evergreen garlands, glitzy Christmas tree ornaments, organ music and the smell of roast chestnuts and mulled wine.

Throughout the week, several farmer’s markets pop up in the town squares and sell fresh produce, baked goods, delicacies and meat. Locals come here to pick up regional products and have a chat over coffee. If you’re touring the city, those markets are a great spot to grab a quick to-go lunch or take a break in between sights. From Tuesday to Fridays, the stalls occupy the central market square as well as Augustusplatz on the eastern fringe of the Old Town. On Wednesdays and Fridays, you can combine browsing the stalls in front of the historical Bayerischer Bahnhof with sampling some of Leipzig’s local Gose beer at the on-site brewery. 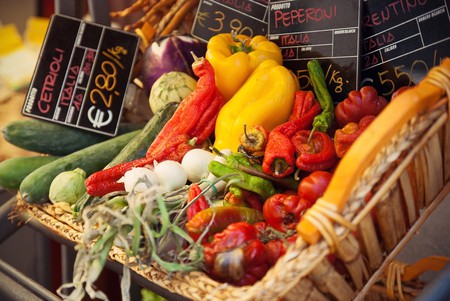 At the farmer’s market | © Allertaler / Pixabay

The last weekend of each month sees Europe’s largest antique and flea market move onto the former complex of an agricultural fairground. Two giant halls with 5,000 square metres and lot of outdoor space see 1,000 vendors from all over Germany set up their stalls. You’ll be able to find anything from antique furniture, artworks and Dresden china to collectibles, trinkets and vintage household items here – anything but new items, as selling new goods is strictly prohibited.

On the first weekend of each month between March and December, the Feinkost courtyard becomes one the most popular hangout spots in Leipzig’s Südvorstadt. Treasure hunters, hungover students and those with a soft spot for all things kitsch and vintage head to the neighbourhood’s main drag to get a bargain on second-hand toys, home décor and jewellery and catch up over homemade snacks and coffee.

Once a year, the plaza in front of the Battle of the Nations monument sees a unique spectacle. Street vendors from all across the country compete for the title of the best market crier of the year. Seasoned market-goers might spot the odd local celebrity, such as Aal-Ole, a fish vendor from Hamburg. Thousands flock to the somewhat bizarre but fun event for free beers, fresh produce, fairground rides and other activities. Given the purpose of the event, it’s fair to expect quite a bit of noise coming from the stalls and vendors trying to scream over each other in an attempt to sell their products.

Monument to the Battle of the Nations, Straße des 18. Oktober, Leipzig, Germany

With a relatively new concept, the people behind The Market have brought together what we love so much about markets – street food, art, design, vintage items and live music. Several times a year (dates are announced on Facebook) the event takes over the Täubchenthal venue in Plagwitz to bring you the delicious food from all over the world, handcrafted items from local artists and designers, and second-hand goodies. The whole shebang is accompanied by music from local bands and singer/songwriters. 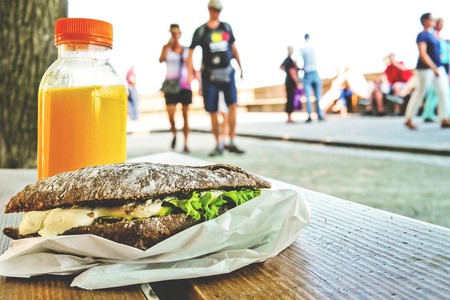