The Best Hostels and Cheap Hotels to Book in Munich, Germany 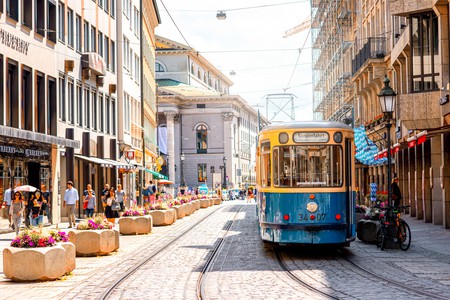 Munich is a varied and welcoming city any time of year, with plenty of affordable places to stay | © RossHelen editorial / Alamy Stock Photo

From hostel dorm rooms to private rooms in boutique hotels, here’s a run-down of some appealing and affordable accommodation in Munich – the hallowed home of Oktoberfest in Germany – all bookable on Culture Trip.

The lively and competitive hotel scene in central Munich reflects the consistent demand from international travellers in recent decades. They come primarily for the frothy delights of Oktoberfest: the world’s largest beer festival, with a side order of funfair amusements, which takes place here annually and typically kicks off – despite the name – in September. But keep your hangover in check. Beyond the beer, a varied and welcoming city awaits, at any time of year. 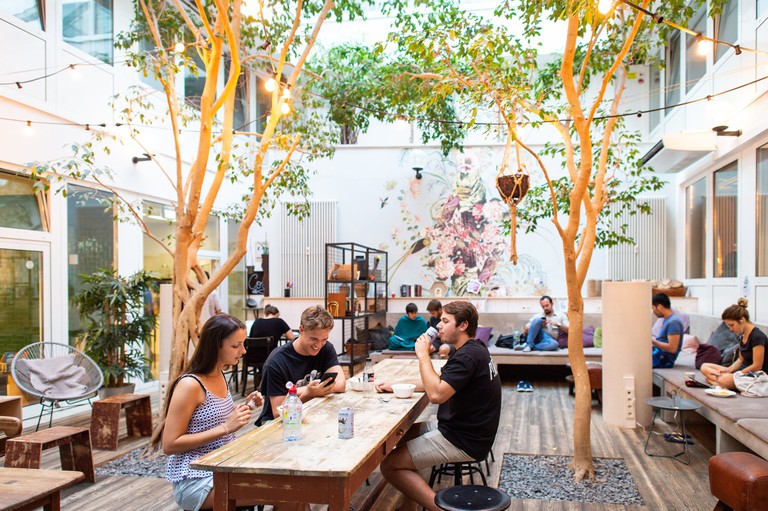 Courtesy of Wombat's the City Hostel Munich Hauptbahnhof / Expedia
“Bunk’s not dead” is the motto of this small and relentlessly upbeat international hostel chain, which despite its Aussie name, originated in Austria. The Munich branch is unapologetically positioned for convenient access to Theresienwiese, the official Oktoberfest grounds. Choose between three- to eight-bed dorms and private rooms with access to a kitchen, lockers, laundry facilities and a house bar, the WomBar. 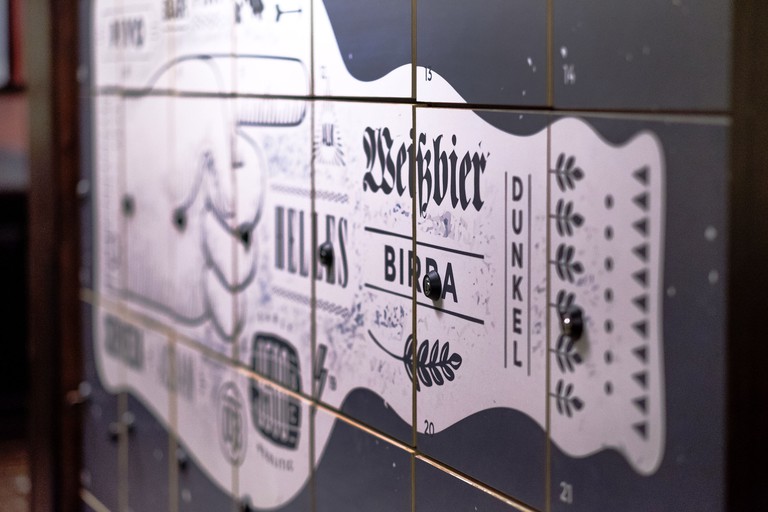 Courtesy of Euro Youth Hotel / Expedia
This light, bright hostel 100m (330ft) from Munich’s main Hauptbahnhof train station has a mix of four-, five- and 12-bed shared dorms, and private rooms of varying sizes. A dorm is a dorm, but still, it helps that the wooden beds are handmade, and there are privacy curtains on the lower bunks. There’s also less exuberant branding than many hostel chains, but the offering does encompass an in-house bar with live music. 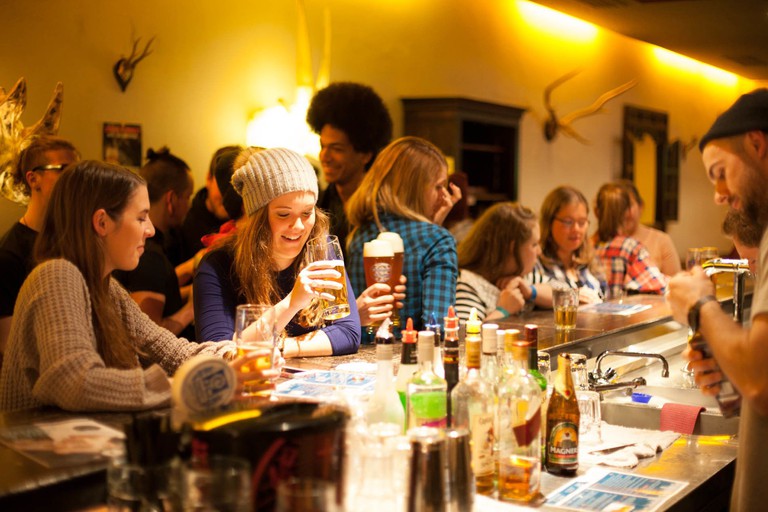 Courtesy of Jaeger's Munich / Expedia
Established for over a decade, this reliable hostel is a short walk from Munich Central Station and the Oktoberfest site of Theresienwiese. It’s just a 10-minute walk from the pedestrianised hub of Marienplatz – which has been Munich’s central square since 1158. Jaeger’s is popular for its lively communal areas, the lobby-lounge and bar, and the mix of clean, stark-white dorms and private rooms as sleeping quarters. Guests are offered the chance to join a free daily walking tour of Munich. 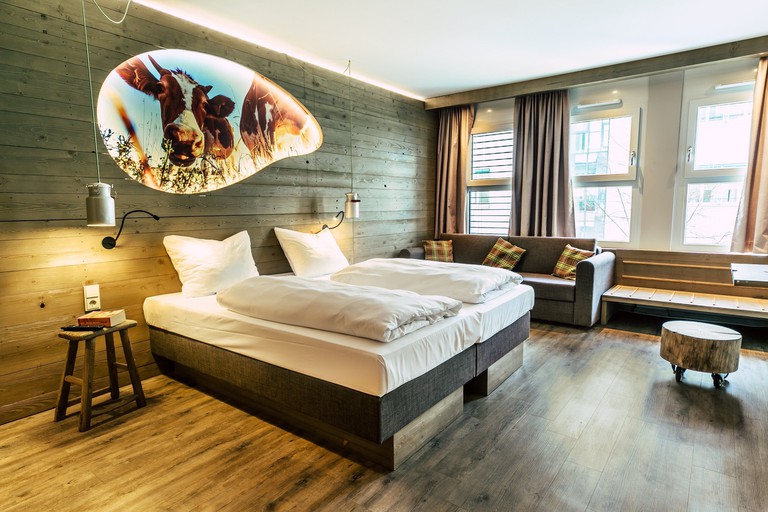 Courtesy of Cocoon Hauptbahnhof / Expedia
A train station-adjacent hotel that has been ambitiously styled as an alpine mountain retreat, there’s a fun, welcoming feel to this Munich edition of the Cocoon hotel brand, with quality finishings and an attention to detail that successfully realises the fun cosy-cabin theme throughout, keeping everything on the right side of kitsch. Some en-suite bathrooms are accessible by what look like cable-car doors, and there’s an in-house bar, replete with a mountain vista appliqué on its walls. 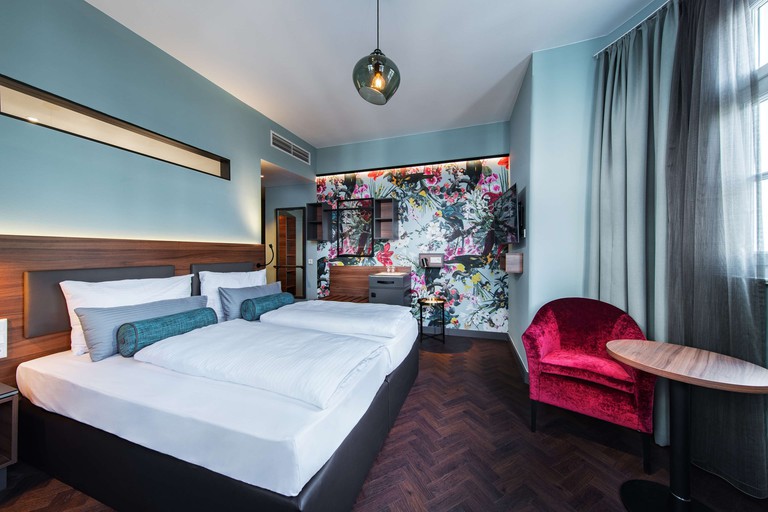 Courtesy of Maison Schiller / Expedia
Statement wallpapers and velveteen upholstery lend a sumptuous feel to this vividly colourful hotel, accessed from the street by a single, modest front door and less than a five-minute-walk to Munich’s main train station. Details that come as standard across all the 48 rooms – a sizeable number for a boutique hotel in this style – include a Nespresso machine and underfloor bathroom heating. 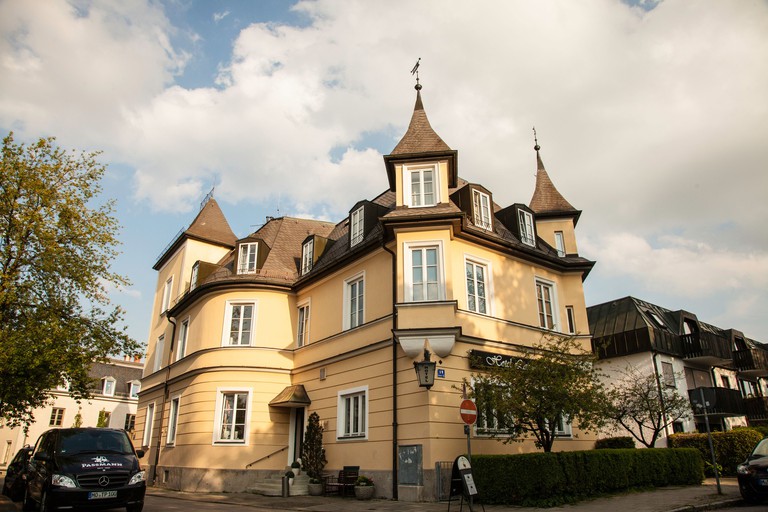 Courtesy of Hotel Laimer Hof Nymphenburg Palace Munich / Expedia
In a romantic mood, you could be forgiven for mistaking this historic hotel-villa for a castle. Its turret-like tower room has made it popular as a wedding venue, and it’s a consistent high-ranker on TripAdvisor. One of the oldest buildings in this part of Munich (built in 1886), the hotel is a five-minute walk from the Nymphenburg Palace Park and 10 minutes from Laim S-Bahn station. 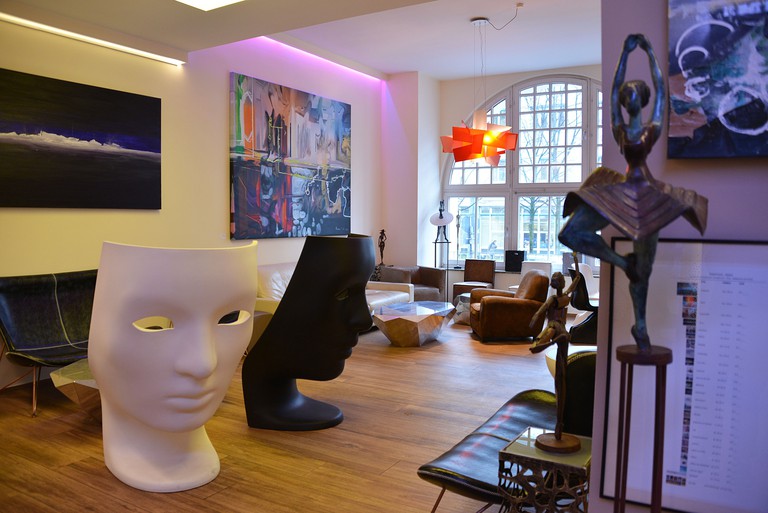 Courtesy of Arthotel Munich / Expedia
The Munich outpost of the Arthotel family, less than 10 minutes’ walk from the main station, is a high-energy, art-and-graphic bedecked space you’d expect from this hotel group, with a range of rooms of varying sizes and strata of comfort and luxury. For cocktails or simply for a slice of pizza and a beer, the in-house artBar is open nightly. 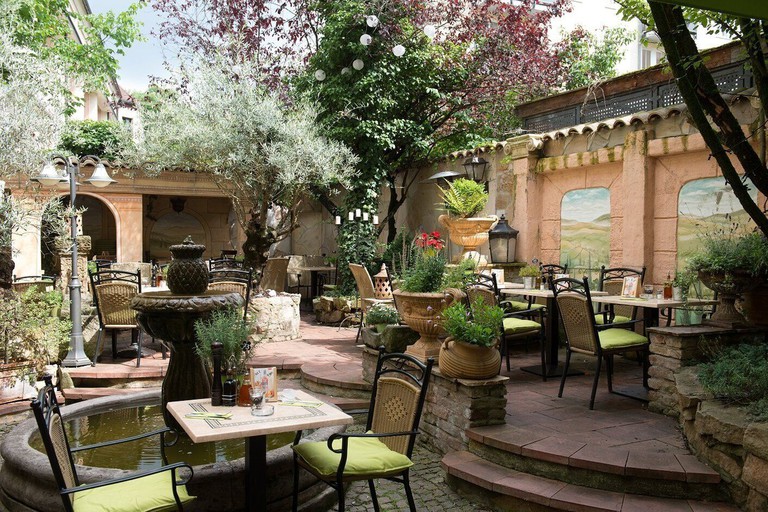 Courtesy of Hotel Gio / Expedia
This established hotel, formerly known as Hotel Herzog, has been refreshed and refurbished with a “dolce vita” theme throughout, notable in its Italian-style courtyard and rooms rated as Classico, Doppio or Solo. Why give a modern Mediterranean theme to the decor of a hotel in the vicinity of the Oktoberfest grounds of Theresienwiese, you ask? We’re not sure either, but it’s been very pleasantly executed, right down to the aroma of fresh pizza. 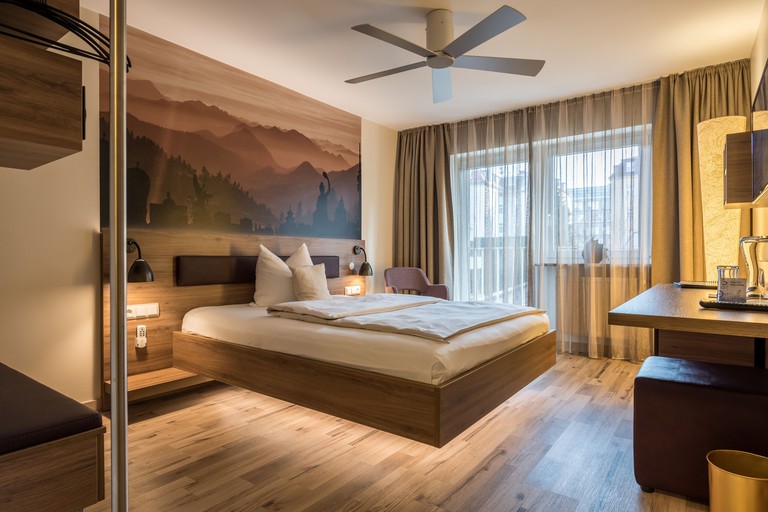 Courtesy of Bavaria Boutique Hotel / Expedia
There’s a calm, contemporary feel to this boutique hotel in central Munich. Organic, undulating wooden furniture and leather, moss and poplar bark accent the decor throughout. It feels new, but the design refresh has in fact enlivened a family business established here more than 40 years ago. Some rooms have views of the Westend, while others have balconies overlooking the courtyard garden. 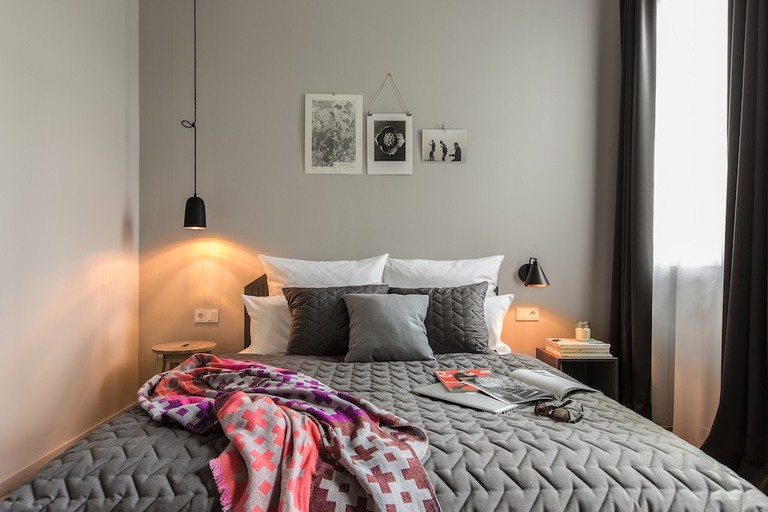 Courtesy of BOLD Hotels
Styled as an urban retreat in pared-back, faintly Scandinavian style, most of the 85 rooms at this hotel – one of two the brand has in Munich – have a balcony. There’s also a patio garden and a 24/7 bar for pre- and post-Oktoberfest drinks. A “longstay” option offers different terms for a stay of weeks or even months, in rooms with a kitchenette and access to shared laundry facilities.

This is a rewrite of an article originally by Anwesha Ray.

Take advantage of Munich’s best beer gardens, or check out the other great things to do in the city. There are plenty of ways to spend 48 hours in Munich, all while staying at one of the best hotels or boutique hotels, or even a holiday apartment for an independent experience – book now with Culture Trip.