The Best Cheap Hotels and Hostels to Book in Dresden, Germany 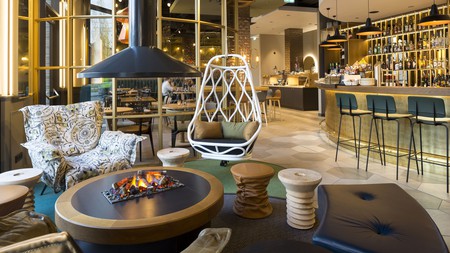 Hotel Indigo is a boutique stay in the cultural hub of Dresden, Germany | Courtesy of Hotel Indigo / Expedia.com

Beyond the major hitters like Berlin, Germany has some other upbeat urban alternatives for a cool, cultural weekend. If you want buzz minus big-city prices, we recommend Dresden – and, before you go, book one of the best bargain places below with Culture Trip.

It was utterly devastated in World War II and veiled behind the Soviet Iron Curtain until the turn of the 1990s. Yet, the Saxon city of Dresden has long since rebounded, developing into a vibrant hub that flies under the international-travel radar. Germans love it for its numerous historical and art museums. Tucked in the Elbe Valley wine-growing region, it’s also a gateway to the Nationalpark Sächsische Schweiz (Saxon Switzerland National Park) along the Czech border – a photogenic hot spot for hikers and rock-climbers. Best of all, it’s one of the more affordable cities in Germany, hence the variety of excellent hotels and hostels at affordable rates. Here is our list of the best. 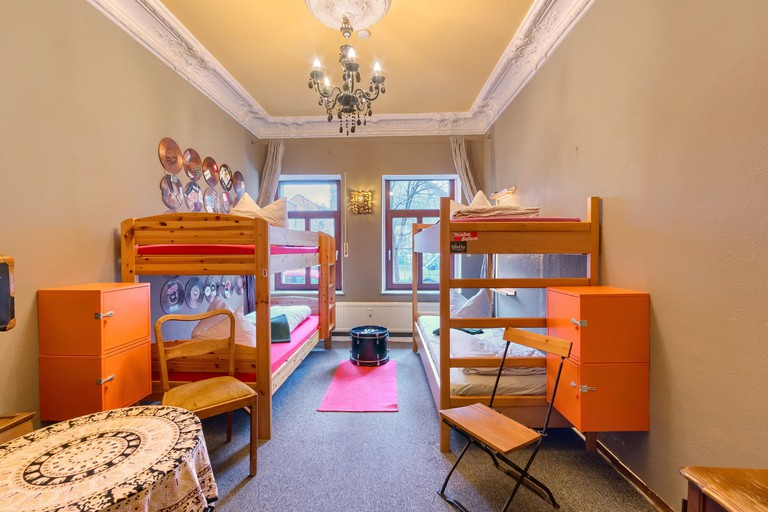 Despite the name, Lollis is essentially a hostel, with bright, funky rooms decked out in craftsy wooden furniture. But, with its double rooms and apartments, it’s light years better than the average dormitory. This is a cosy spot with a homely atmosphere, and you’re encouraged to mingle (even though the hostel doesn’t accept large group bookings). Its location, in the arts and nightlife-buzzy Neustadt (New City) district, means you’re perfectly placed to dive into Dresden’s cultural scene. They’ll also lend you a bike for free if you want to go further afield. 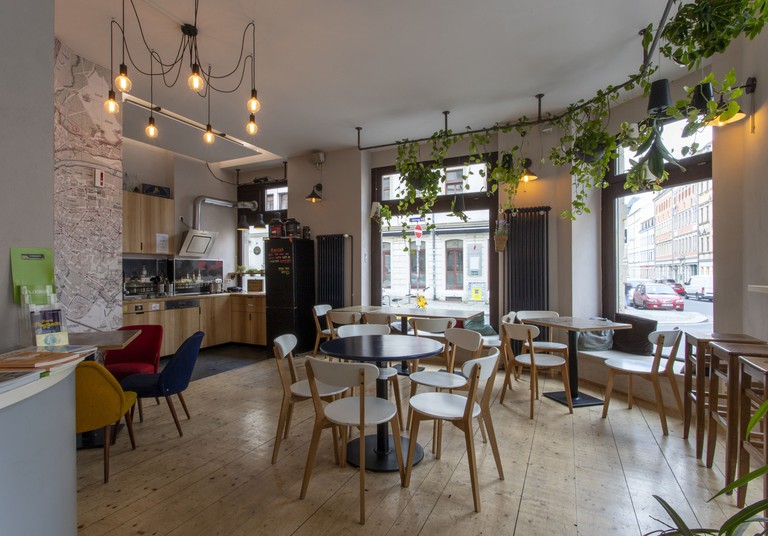 Here’s a no-fuss hostel that’s super-convenient for the surrounding pubs and clubs in the Neustadt neighbourhood. At Mondpalast, you’ll find dorms ranging in capacity from four to 10 beds, as well as single, double and triple private rooms. While the decor keeps things simple, the hostel has wide-ranging services and amenities, from bike rental to tour bookings, a fully equipped kitchen, and staff who know the city well. With a bar on site, you should also expect a happy, if not heavy-duty, party vibe. 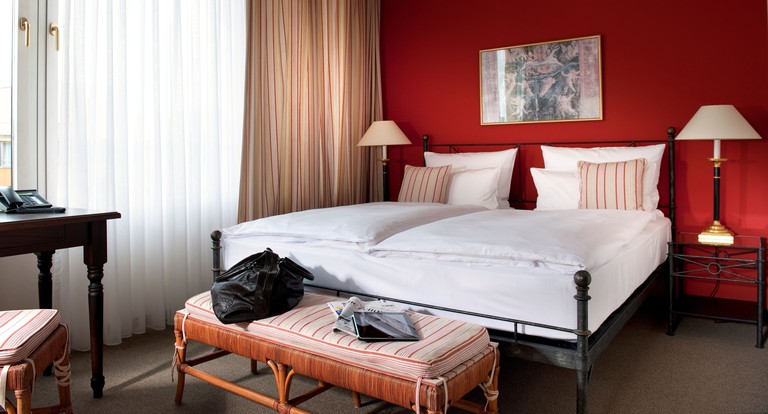 The largest independently owned hotel in Dresden brings a dash of Italian flair to the Elbe Valley, with sleek neoclassical interiors and an in-house restaurant focusing on Italian specialities made with local produce. The rooms (214 in total) are decorated in a tasteful, timeless style – some deliver splendid views over the city – and there are special packages for tourists (including a couple aimed at families). You’ll find an in-house gym – and sauna, too – but, given the location on the edge of the Altstadt (Old City), you might like to get your exercise wandering the sights. The hotel is less than a 10-minute walk to attractions including Dresden Castle and the Zwinger Museum, which exhibits historic porcelain as well as mathematical and physical instruments. The bars and restaurants in Neustadt are a little further afield but essential on any weekend-break list. 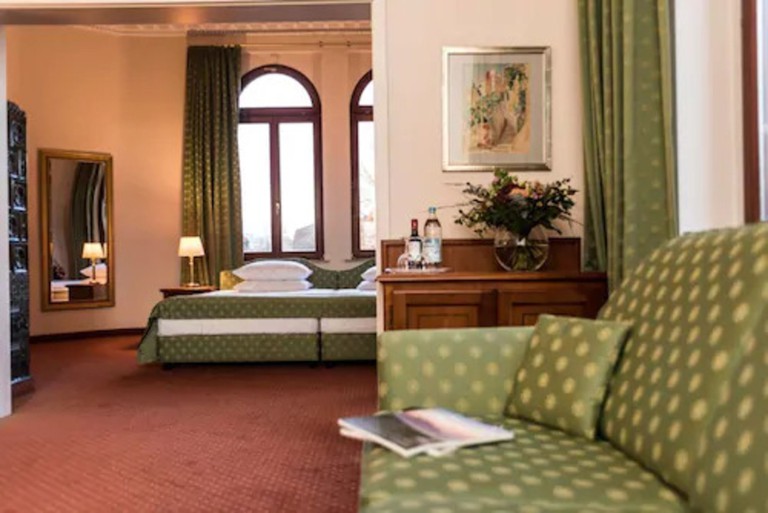 This listed yellow- and red-brick building is a truly elegant place to rest your head for a reasonable price. Location: Johannstadt, a tranquil, mostly residential area just east of the city centre, a few steps from the delicately landscaped Grand Garden of Dresden. The refined-yet-homely rooms span the spectrum from singles to suites and, with their upscale vintage wooden furnishings, are pure Instagram gold. There are family rooms, too, and pets are welcome. No matter that the area is light on restaurants – the hotel has its own steakhouse, Estancia. 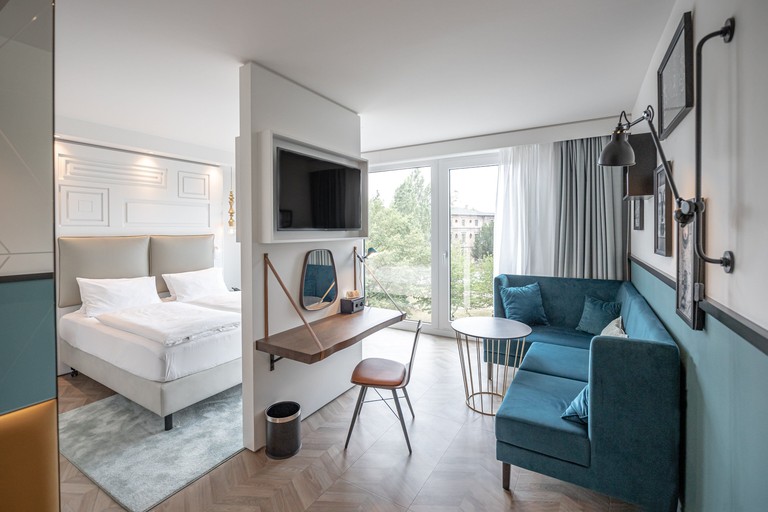 This boutique hotel appeals for its colourful, modern rooms dusted with just a hint of industrial chic. It’s right across from Kraftwerk Mitte, a former power plant, now the cultural hub for theatre, music and more in Dresden. You’ll be tempted to lounge at the trendy in-house bar Volt, with its cosy fireplace, but do step out: attractions including the Dresden Frauenkirche in the Altstadt and the banks of the Elbe River are not even 10 minutes away on foot. The 132 rooms are almost entirely doubles, all with queen beds, making Indigo a great choice for couples. 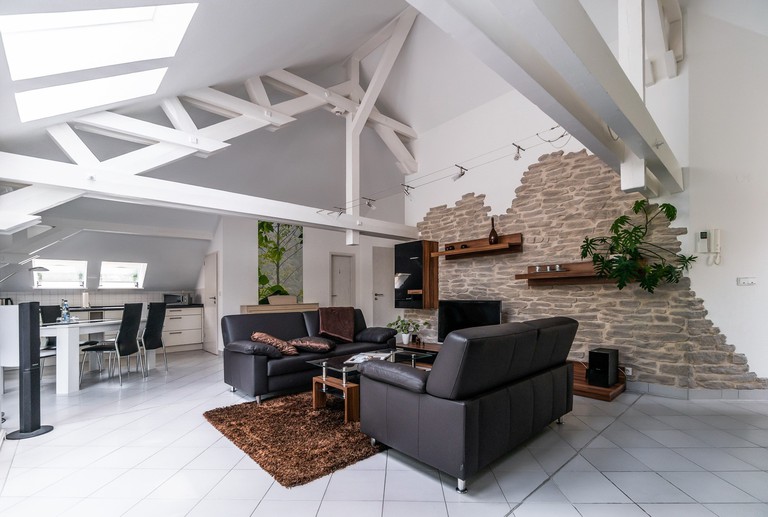 This stately villa, by a forested park in the residential Blasewitz borough, will suit solo travellers, couples and families alike. It’s a little way beyond the city centre, but you’ll feel very much at home. Rooms are more like semi-self-contained apartments – expect kitchenettes with fridges, hotplates and microwaves, as well as amenities including desks and flat-screen TVs. There also is free parking. Haven’t got a car? With a tram stop right outside, you’ll need little more than 15 minutes to get to the Altstadt or Neustadt areas. 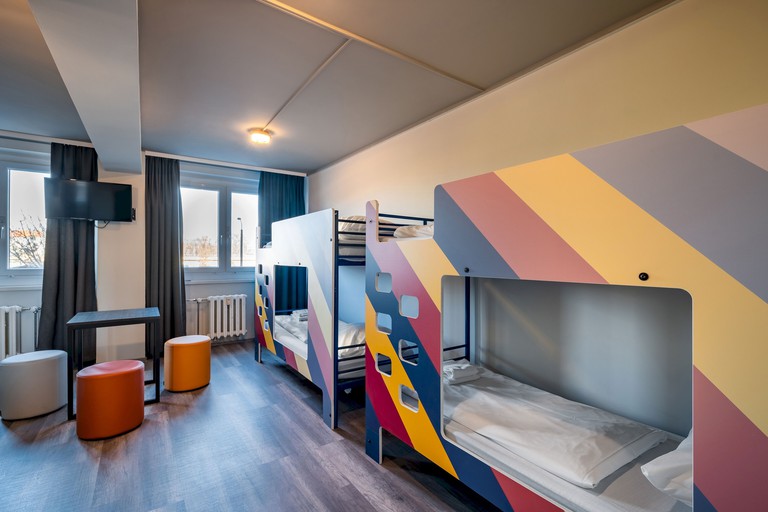 The Dresden outpost of this Berlin-based European hostel chain is convenient for anyone with train connections – it’s less than five minutes from the central station. You’ll have to travel a little further for the attractions in the Altstadt and Neustadt districts, but you won’t have any complaints about the sleek, modern dorms made for groups, with prices particularly low. Even private rooms are a steal, starting at a paltry 24€ (£21). One major bonus: the hostel has a gorgeous, sprawling rooftop terrace – just the ticket for the morning after the hedonistic night before.

This is an updated version of an article originally by Anwesha Ray.