The Best Traditional German Cakes You Need to Try 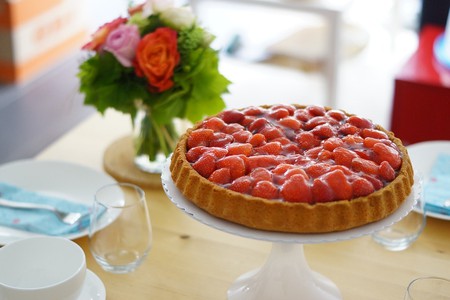 German bakeries are famous the world over for a reason. And the reason is that German cakes are simply to die for. Some are fruity, some are creamy, some are gooey and chocolatey. Some have tongue-twisting names, and some are household names all over the world. But they are all decadent. Let us take your sweet tooth on an unforgettable journey across German bakeries. 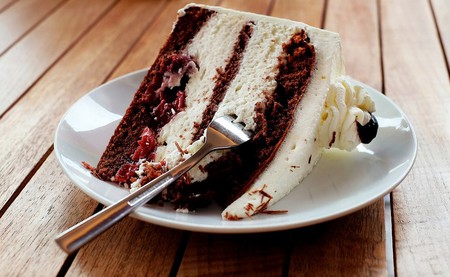 Berliner (also known as Krapfen, Berliner Pfannkuchen, or Berliner Ballen) is the doughnut’s German cousin, but without the hole. It is made of pillowy soft, sweet dough deep fried in lard or oil, and filled with cream, jam, liqueur, butter, coffee paste, or some other concoction, and iced with powdered sugar, sprinkles, etc. 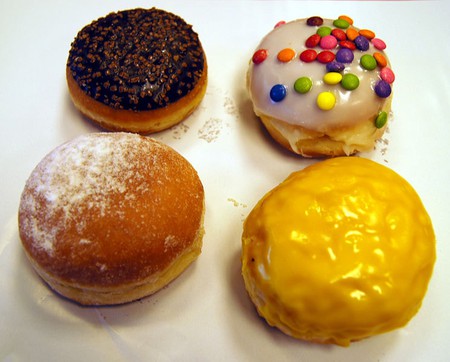 A cake named Bienenstich (bee’s sting) may not sound tempting, but we bet you would change your mind after taking your first bite of it. It consists of yeast dough filled with custard or cream and topped with caramelized almonds, resulting in a creamy, crunchy texture. Often, a layer of honey is drizzled on it, probably to justify its name. 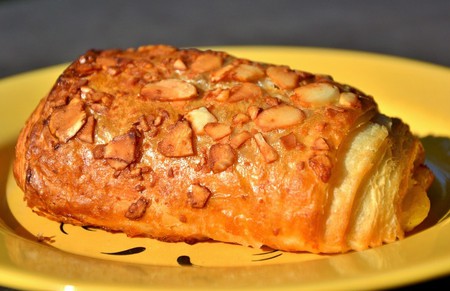 Donauwelle (Danube wave) is probably so named because of the wavy pattern created by the alternate chocolate and vanilla pound cake layers, with a generous amount of cherries thrown in. It is topped with buttercream and chocolate glaze, adding up to a concoction that simply melts in your mouth. 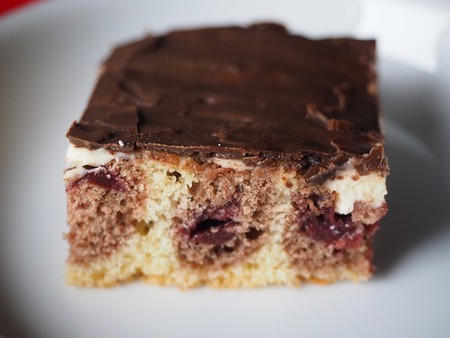 Stollen is a traditional German Christmas cake, also known as Weihnachtsstollen (Weihnachten means Christmas) or Christstollen. It is a delicious fruit cake consisting of dried or candied fruits, raisins, nuts, cardamom, and cinnamon. In some versions, bits of marzipan or a few drops of rum are added to enhance the taste. This cake originates in Saxony, and the Saxon capital of Dresden celebrates a big festival centering around the stollen in Winter. 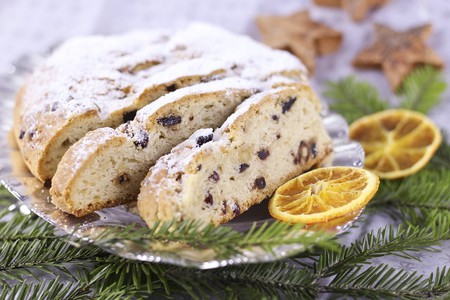 Bavaria is credited with this scrumptious, sinful dessert. Prinzregententorte is made of seven (symbolizing the seven Bavarian districts) alternating layers of sponge cake and chocolate butter cream. It is then iced with a thick layer of apricot jam and smothered in dark chocolate. 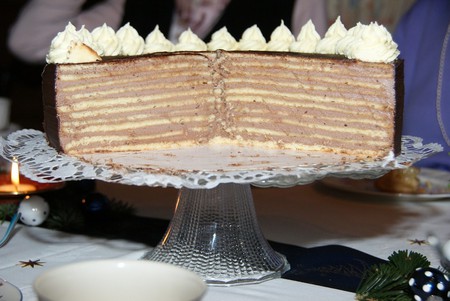 Translating into “tree cake,” the Baumkuchen shows golden lines resembling tree rings when sliced. Traditionally, it is made of layers of vanilla batter. But in certain variations, nuts, marzipan, nougat, liquor, etc. are added to it. The most tempting versions of Baumkuchen are glazed with chocolate and/or jam. This cake is made over a spit fire through a very labor-intensive process. 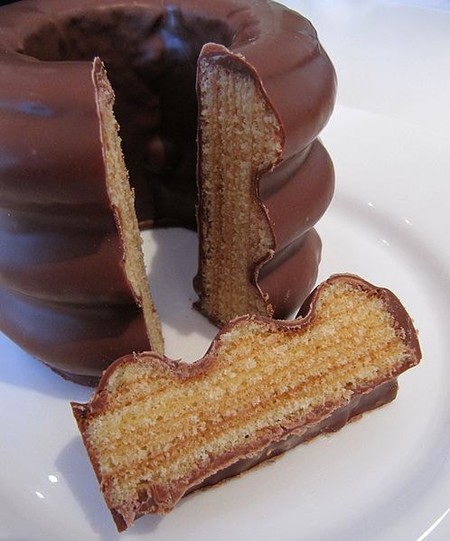 Translating to “cold dog,” the Kalter Hund is not baked, but gets its texture from refrigeration over several hours. It consists of alternating layers of chocolate and crushed cookies, and tastes similar to chocolate brownies. Certain variations consist of nuts or coconut shavings, and may be topped with chocolate and/or sprinkles. 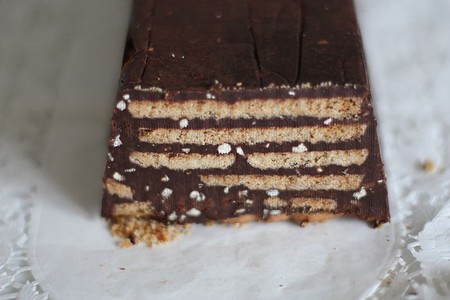 A cross between a cake and a fruit pie, the Erdbeertorte or Erdbeerkuchen (strawberry tart or strawberry cake) consists of layers of super-soft sponge cake and whipped cream, topped with sliced fresh strawberries and strawberry jam. 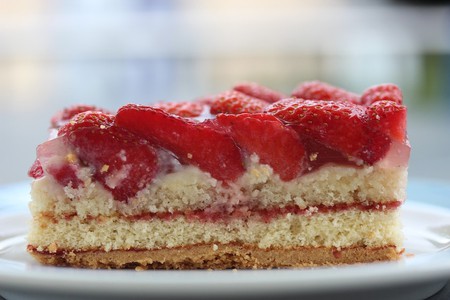 Gugelhupf is baked in a circular pan with a tube in the middle, resulting in a hole in the center. Traditionally, the Gugelhupf is baked as a plain cake and later decorated with flowers, fruits, etc., on special occasions. However, sometimes dark chocolate paste is added to the dough to lend it the texture of a marble cake. To further enhance its taste, some bakers like throwing in nuts, raisins, and cherry brandy. 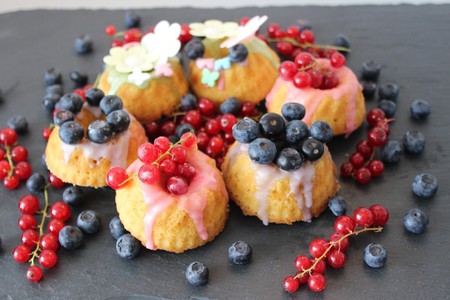 Zwetschgendatschi is a delicious dessert made of thick sponge cake and topped with sliced and pitted juicy plums. Sometimes, the cake is dusted with powdered sugar to balance the sourness of plums, and served with or without crumble. When you find this irresistible cake, just dig into it without wasting time trying to pronounce its name! 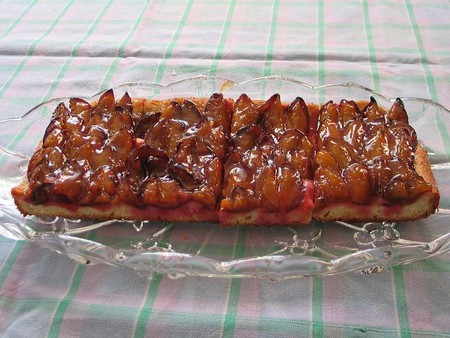 Herrentorte may translate to “gentleman’s cake,” but we are sure you would love it irrespective of your gender. It consists of several individually baked layers of sponge cake and two layers of wine cream. It is iced with dark, bitter chocolate. Less sweet than a normal cake, the Herrentorte really packs a punch. 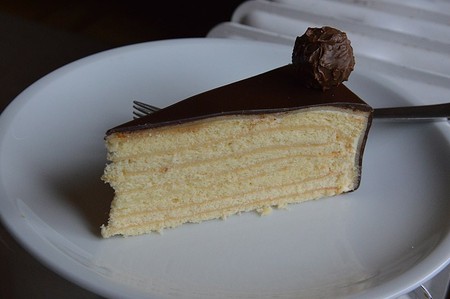 As evident from its name, the Frankfurter Kranz is a specialty of Frankfurt. This super-rich cake, with a hole in the center, is made of layers of sponge cake, jam (strawberry, cherry, blackberry, etc.), and buttercream. The entire cake is then smothered in buttercream and a generous helping of Krokant (a layer of caramel-coated nuts) is added to it. Some bakers add toasted almonds and hazelnuts as well. 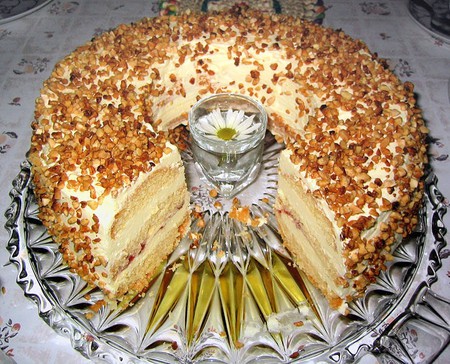