The Best Destinations to Visit in Germany in 2018

Sure, there’s Berlin with its Trabant tours and excellent Mexican food, Cologne with its cathedral and Munich with its, well, Munichness, but what about the rest of the country? For our 2018 recommendations, we stay out of the big cities and head out of town for adventures anew.

Sometime before 1860, the local knight living in Gablenz decided that his town needed something really spectacular. To achieve that, he commissioned the Rakotzbrücke in the form of what was commonly known in Europe at the time as a devil’s bridge. The bridge itself is a semi-circle which, when the light is right, appears like a perfect circle in reflection. 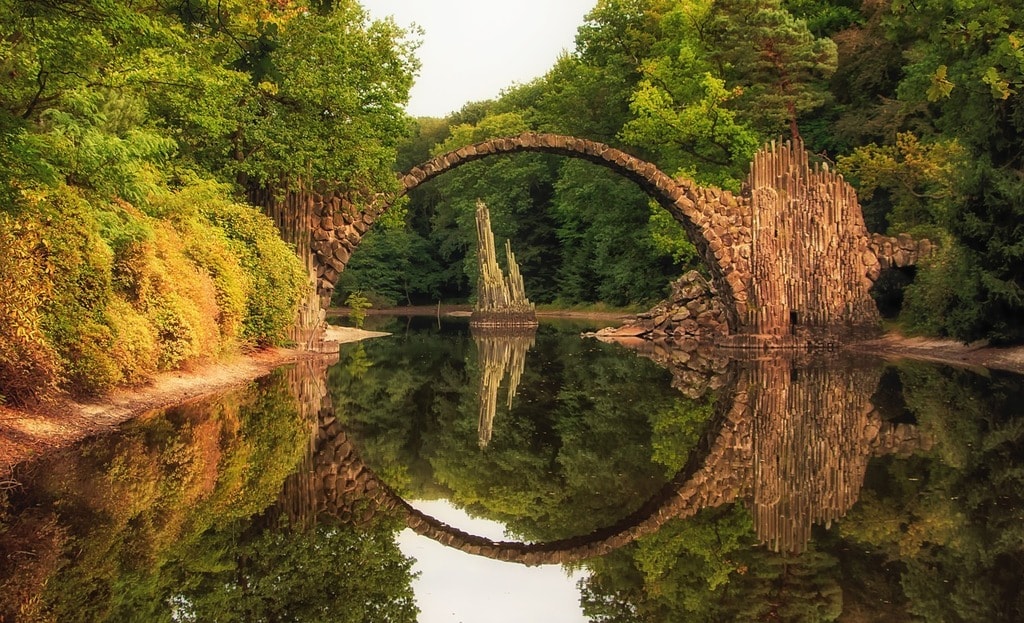 Ever wanted to lay in a saltwater pool while listening to techno? If yes, the Liquidrom in Berlin has everything you need. A spa for the 21st century, Liquidrom eschews the vaguely Greek deco you often find at a sauna and instead goes for something straight out of your favourite sci-fi film. The techno (as well as all the other kinds of music on offer) is meant to be listened to under the water while you float all your cares away. Relax like the future.

Building
Sanssouci Palace, Potsdam | Sanssouci Palace, Potsdam
This blast from the past was built in the 1740s and is Germany’s equivalent to Versailles. Frederick the Great was so involved in the construction and decoration that he created his own architectural sub-genre: Fredrican Rococo. The palace itself has only 10 rooms, but the surrounding grounds are massive and dotted generously with sculptures, fountains and various other delights.
More Info
Open In Google Maps
Maulbeerallee, Potsdam, Germany
+493319694200
Visit website

Every time you think modern life is really weird, spare a thought for the people that decided bejewelling two skeletons and then displaying them in glass cases was definitely a thing they should throw all their energy into. Fürstenfeld Abbey is about 15 miles outside of Munich and was originally home to an order of Cistercian monks. Eventually, one of the chapels became home to the mortal remains of St Hyacinth of Caeserea and St Clemens. To welcome them, nearly every surface, including both skeletons, is covered in gold and jewels.

In the student district of Dresden, lies a secret. Well, really four secrets. Artists Annette Paul, Christoph Rossner and Andre Tempel created a sculpture on the side of a building inspired by a Rube Goldberg Machine. Instead of sending a little ball on its way, their installation converts rainfall into a symphony of sound using funnels and drainpipes. In addition to this Courtyard of the Elements, look for the Courtyards of Light, Animals and Metamorphosis.

Standing alone on a hill in the middle of the forest, the mighty Rhine river rushing along nearby, Burg Eltz scores the full 10 out of 10 in the imposing castle category. The building is rather unusual in many respects, namely that it is only one of three on the west side of the Rhine that didn’t get destroyed during the Thirty Years War, and it has been in the same family for 33 generations. As such, it remains largely the same inside as it has always been. 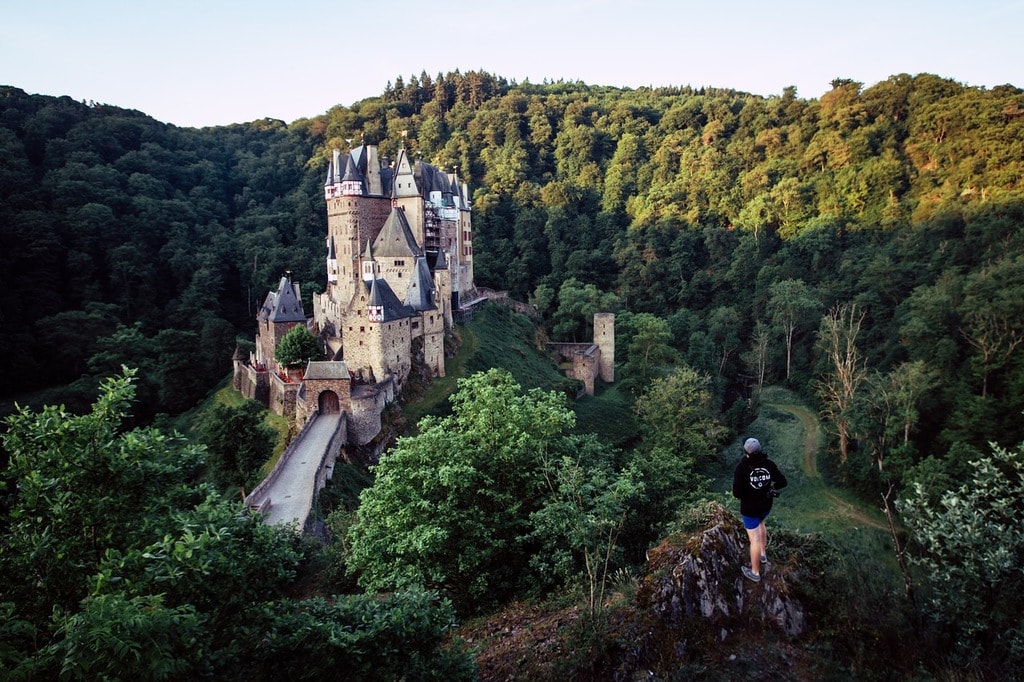 Located near Kassel, right in the heart of Germany, Bergpark Wilhelmshöhe is a 19th-century spectacle. Over 590 acres, this UNESCO World Heritage Site is all about water and how to move it in increasingly spectacular ways. More than 92,000 gallons flow through a hydro-pneumatic system that has been operational for more than 300 years. The pièce de résistance is a 350 metre-long Grand Cascade that shoots from a building topped by a giant statue of Hercules.

Germany was an industrial powerhouse for nearly 50 years after the Second World War, so it follows that some of the cool things to see here are industrial in nature. Take, for example, Landschaftspark Duisburg-Nord in Duisburg, an industrial city about an hour north of Cologne.

Instead of tearing the place down after the sharp drop in the demand for steel in the 1980s, it was decided that turning the place into an urban park would better honour all the work done on the site. As of 2017, the Landschaftspark is home to Europe’s largest indoor scuba diving site and a concert hall. The old structures are iluminated with neon lights, effectively turning an evening walk into an dystopian adventure. 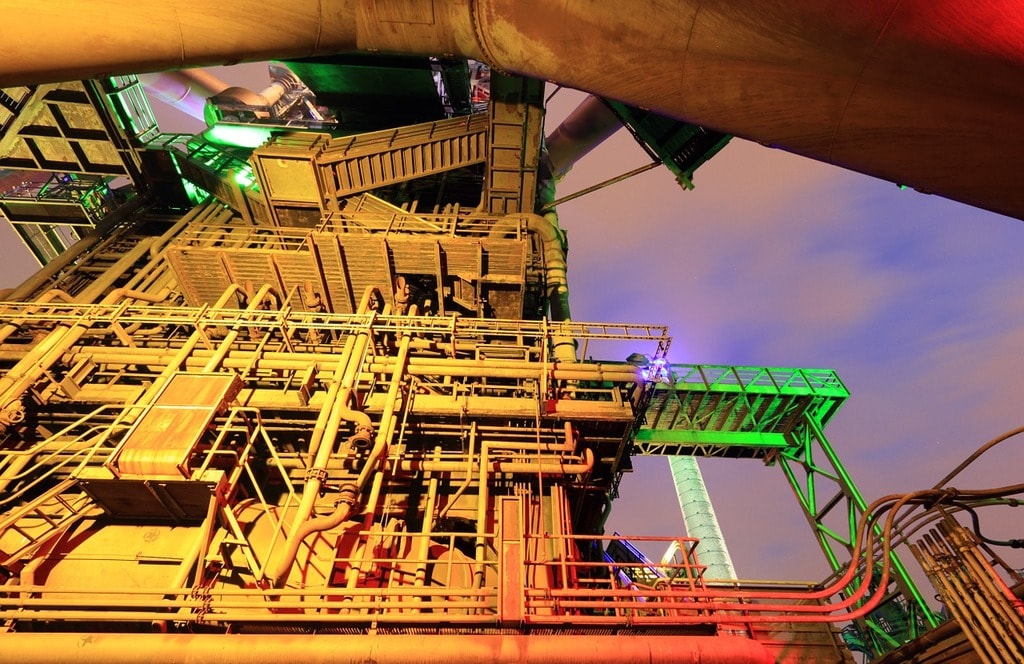