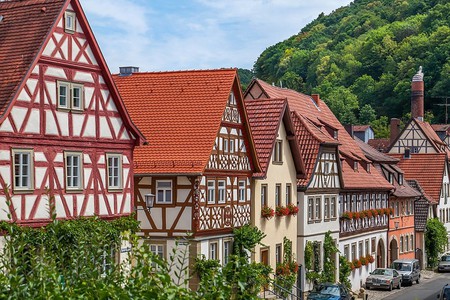 Upper Franconia is home to some of Bavaria’s most beautiful cities, sprawling castles and fascinating natural wonders. If you’re in Coburg and find yourself with an extra day to spare, it’s worth venturing out to explore what else the region has to offer. We’ve made a list of day trip ideas for your inspiration.

The first day-trip destination that springs to mind is Bamberg. You can get there within 40 minutes by car, but you can also jump aboard an ICE fast train and arrive at the centre in 20 minutes. With an impeccably-preserved old town, the city has made it onto the list of UNESCO World Heritage Sites, and the list of things to see and do easily fills a day if not two. Roam the web of cobbled streets for picture-perfect vistas of the medieval town centre, sit by the Pegnitz River and enjoy some traditional food and the famous Franconian beer, and see the striking rooms of the New Residence. 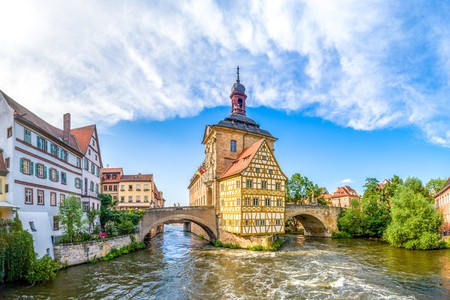 If you have a car, you can get to Greifenstein Castle in under an hour – if not, it’s better to choose another day-trip adventure. Maybe it’s because of the sparsely-scheduled public transport links, but this small castle lives under the radar of large touristic crowds. The four-winged complex was first mentioned in 1172 but changed look several times over the course of history. Here you can explore the large collections of weaponry and trophies, as well as the wine cellar, marvel at the lavishly decorated castle church and climb the Bergfried tower for incredible views.

If you’re a fan of half-timbered houses and wine, Zeil am Main may be the perfect destination for a day trip. It’ll only take 45 minutes by car to reach the small village which boasts a lovely market square encircled by historical townhouses, quaint taverns and restaurants. Remains of the old city fortifications are scattered around, while up on a hill in the midst of vineyards you’ll find the ruins of the Schmachtenberg fortress. Make sure to try some of the locally-produced Frankenwein before you leave.

About an hour-long drive southeast of Coburg, the ground near Pottenstein holds a fascinating world of dripstone caves, where a vast labyrinth of passages and chambers has been carved by nearly three million years of rainwater. Archaeologists unearthed the skeletons of extinct cave bears, proving that the large mammals lived in the area around 25,000 years ago. Today, guided tours take visitors through the artificially-lit Teufelshöhle caves and discover the formation of stalactites and stalagmites.

Approximately 20 – 30 minutes northeast of Coburg lies Rosenau Palace, the palatial building where Prince Albert, who eventually married Queen Victoria, was born. In 1990, the 15th-century Ducal mansion opened its doors to visitors. You can join a guided tour of the meticulously-renovated bedroom chambers – which are decorated with Biedermeier period furniture, fine art and other delights – as well as the marble hall and the vast gardens outside. 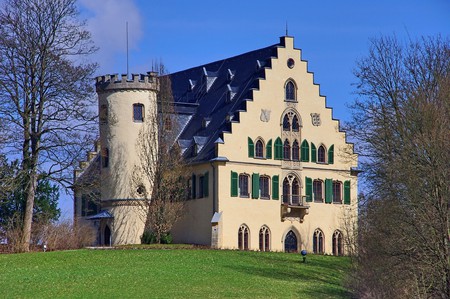 Halfway between Bamberg and Nuremberg and about an hour south of Coburg is Forchheim, which lures with more half-timbered houses, picturesque plazas and an old town composed of rustic restaurants and cute cafés, speciality boutiques and small shops. The uncontested highlight of the year is the Christmas market season, which draws people from all across the region. In December, the Old Town Hall serves as a giant advent calendar with each window holding a daily prize which is raffled off to the crowd.

A day trip to Bayreuth is worth it if you have a car on hand. The drive takes about an hour and is rewarded with the opportunity to spend a jam-packed day exploring the historic sights which are scattered across the city. Most people will associate Bayreuth with the famous opera house, but there’s far more to discover: the Hermitage old palace, the New Palace and the Richard Wagner museum. 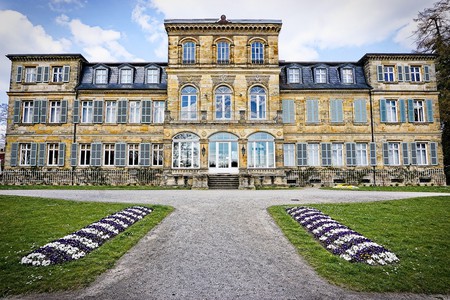