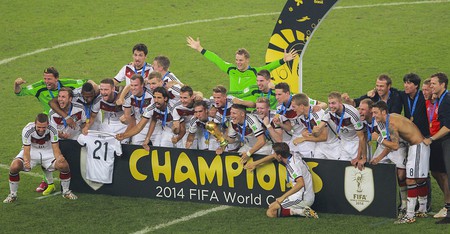 Football now runs in the blood of Germans, but it hasn’t always been that way. Let’s find out how German football jargon led to the country’s own, unique version of the popular game.

From the very beginning, Germans were adamant in their rejection of the “English game”. For Koch, the stringency and discipline of gymnastics were much more preferable than the “ugly” movements involved in shooting a goal. It’s widely believed that Konrad Koch imported the game that we know today to Germany from England in the 19th century. According to legend, football was played for the first time in Braunschweig, Germany (Koch’s hometown) in 1874 but early forms of the game resembled rugby and it wasn’t really taken seriously until a century later. 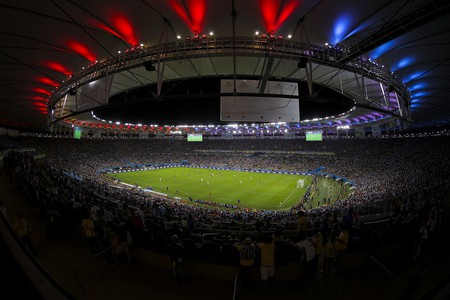 The role of jargon in popularising the game

Koch didn’t stop at importing football to Germany, but soon set about translating all football-specific terms, in turn creating a vocabulary for it with utmost dedication. He didn’t merely translate the English terms to German but created a unique German football terminology. His hope was that a German football language would make it less of an “English game” (or, as some Germans used to put it, an “enemy game” or worse, an “English sickness”) to boost its acceptance and popularity among German nationalists.

In 1903, he published his football rule book, Regelheft, wherein he wrote: “We’ll replace that ugly foreign word ‘goal’ with ‘Tor’ (gate).” Consequently, the German term for goalkeeper came to be Torhüter. This rule book, after being approved by football clubs across Germany, constitutes official football terminology even today.

In later years, the goal also came to be referred to as a “Bude” (shack) or “Hütte” (hut). Interestingly, in other German-speaking nations like Switzerland and Austria, the English terms goal and goalkeeper are still in use.

The fact that wars were not uncommon at the time football was introduced in Germany, resulted in several military terms finding their way into football jargon. An example would be Torhützenkönig (goal king marksman), which refers to the player scoring the highest number of goals in a game. The Torschützenkönig is rewarded for his extraordinary performance with “Torjägerkanone” (goalgetter canon), another military expression. 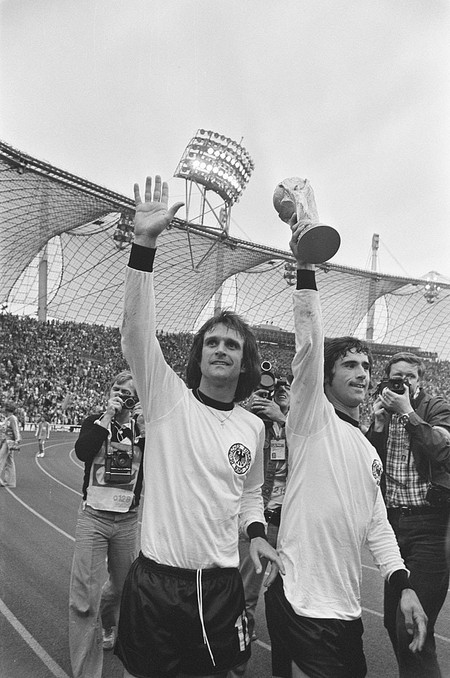 Other influences on German football vocabulary

As Christoph Marx points out, journalists often contribute to the coining of new football terms. Take for instance, the term Abstiegsgespenst. It translates to the ghost of descent, and refers to relegation (the rule of demoting poor-performing higher division teams to the lower division for the next season). The term, coined by an unknown journalist, gained popularity due to its witty connotation and came to be included in German football terminology.

Globalization and inclusion of non-German players and coaches in the team have also sometimes led to new terms that stuck. For example, Italian former footballer and manager, Giovanni Trappatoni, during his tenure as coach of Bayern Munich, mistakenly happened to say “ich habe fertig” instead of “ich sein fertig” to mean “I have finished”. In spite of the grammatical error, the expression ich habe fertig is widely used today in the football world.

Football terminology is ever-evolving. With the end of FIFA World Cup 2018, we will, in all probability, see several new words added to the German football dictionary. Watch this space. 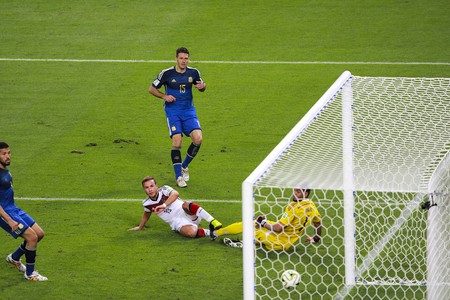