The 8 Most Magical Ballets To See This Christmas 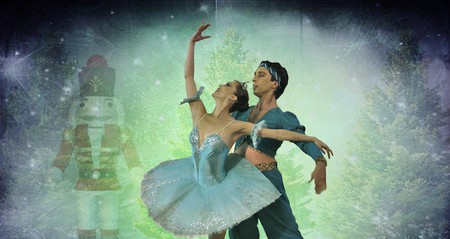 Christmastime is the time for ballet. No other period of the year is that strongly related to fairy tales than this one, and no other genre bases its storylines that much on fairy tales than classical ballet. In this cold and uncomfortable season where thoughts naturally wander through dark and foggy woods, ballet is the perfect stage for magical stories to unfold…

Every child knows the story of The Sleeping Beauty — Princess Aurora being released from her curse by a loving prince. Therefore, it is no surprise that the fairy tale inspired a magical ballet written by the grand master in this genre, P. Tchaikovsky. It evolved to a classic amongst the ballets, brilliant as always when it comes to this composer — Tchaikovsky had such a marvelous feeling for composing ballet music. Maybe this has to do with the strong culture and tradition of ballet in Russia where a prima ballerina can be as famous as a movie star.

Written by the Brothers Grimm, this is probably the most popular story amongst the fairy tales about a poor but well-behaved girl and a prince choosing her over all the other girls. Russian composer S. Prokofiev comes right after his compatriot Tschaikovsky when it comes to composing ballet music. His humoristic, playful way of composing made him and this ballet widely famous. Sometimes melodies just turn in a way that makes the listener giggle, seconds after an episode heavy with drama. Cinderella is one of the fairy tales that can be narrated again and again every Christmas without ever becoming boring.

Since the movie Black Swan, Swan Lake has solidified its stamp as the most famous ballet of all times, well deserved for this dramatic love story accompanied by P. Tschaikovsky’s music. With floating melodies and atmospheric tunes sounding more like a movie soundtrack than classical music from the 19th century, it pulls the audience right into the emotions between Prince Siegfried and Princess Odette, cursed to live life as a swan. She can only be released if a man swears his everlasting love and loyalty, difficult enough even without the evil warlock Rotbard who wants to keep her as a swan and plays a diabolic joke on Prince Siegfried.

Touching generations for 400 years, the haunting love story of Romeo and Juliet gave S. Prokofiev the inspiration for this ballet. Its ‘Dance Of The Knights’ is a popular musical theme that has been heard outside of the ballet, including in Chanel’s advertisement for its perfume ‘Egoiste’; however, it is definitely not the only fantastic melody in this ballet. Prokofiev’s music takes the audience on a rollercoaster of feelings, heating up their hearts and bringing them closer to each other in this cold and nasty season.

A review once stated that ‘the melody fell in love with Tchaikovsky,’ and no other work of his shows the richness in catchy melodies as much as his most famous piece, The Nutcracker. Based on a fairy tale by E.T.A. Hoffmann and set during Christmas Eve in Germany, it captivates the viewer with folk dances from around the world, including Arabia, China, Spain and Russia, which are embedded in a battle between good and bad from the naive view of a child. It’s a must-see and perfectly suitable for even the youngest ballet fans.

Famous choreographer John Cranko put this ballet together, along with composer Kurt-Heinz Stolze, using widely unknown pieces by Tchaikovsky and basing it on the same storyline Tchaikovsky used for his opera Eugene Onegin. An absolute classic, this one is by now the most successful ballet of the 20th century. Set in Russia, around 1820, it tells a story where the young and naive girl Tatjana falls in love with bon viveur Onegin, who arrogantly rejects her love. Years later, a dramatic reunion between the two comes around, teaching the big-headed man a lesson.

Doesn’t every child secretly wish to find a candy house and become the hero who outsmarts the cruel witch? Around Christmas when there are sweets everywhere and a touch of fantasy lingers in the air, this ballet gives children the perfect entrance into the classical world. The Deutsche Staatsballett went even a step further and made a production together with kids, interpreting this story for younger audiences. The music comes from E. Grieg, and while he may be better known for his Peer Gynt Suite, this one is nonetheless beautiful.

Composer Adolphe Adam was a coeval to Tchaikovsky, both living at a time when ballet became widely popular. Around 1830, the first prima ballerina successfully completed a whole ballet on pointe, which revolutionized the classical ballet world. Adam composed his music to a libretto by Theophile Gautier after a legend about the wilis, virgins who died before their marriage, living as ghosts and dancing at midnight with innocent young men until they fall down dead. The role of the adorable Giselle is still one of the most sought after by prima ballerinas, giving them the possibility to not only show off their dancing skills but also their acting talents.