The Best Picnic Spots In Berlin

The Most Unusual Picnic Spots In Berlin

© seawie/PixaBay
Berlin truly comes to life during the summer months as torrents of people hit the streets to enjoy the many little blessings that come along with the season. Luckily, the city is filled with many parks and green spaces that make savoring the warm weather practically unavoidable. Simply grab a few friends and some finger food, and head to one of these seven perfect picnic spots around Berlin.

With its massive Soviet Memorial, many winding paths, and long riverside promenade, Treptower Park has everything a person could want for a picnic venue. There are places along the promenade to buy beers and ice creams. Not to mention, with its many different tree-lined clearings, it’s easy to find a spot with the perfect ratio of sun and shade. While the park overall is perfectly pleasant enough for a picnic, we recommend doing as the Friedrichshain-Treptow locals do and making the short trek over to Insel der Jugend. Meaning ‘island of youth’ in Deutsch, this little islet is accessible by bridge, and it offers a prime waterside spot for picnic time. 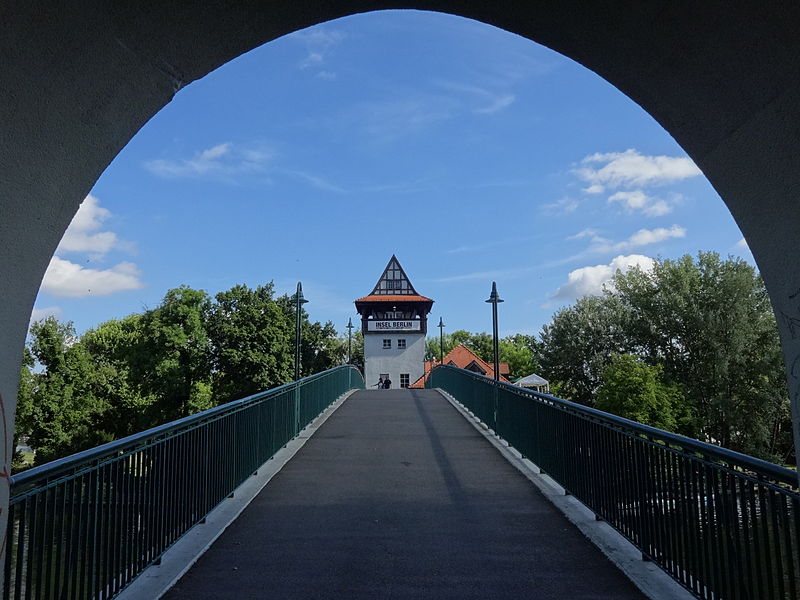 Located in the trendy area of Kreuz-kölln, Volkspark Hasenheide provides plenty of common stomping ground for Berlin’s in-crowd. The park consists of multiple little pockets of green space along a central path, which helps to mitigate the crowds that can accumulate in most parks on weekends when the weather is nice. Volkspark Hasenheide has a petting zoo as well as a rose garden, and it is known to host open-air film screenings during the summer months. Plus, Volkspark Hasenheide is located in proximity to many restaurants, events, and attractions including Tempelhofer Feld. 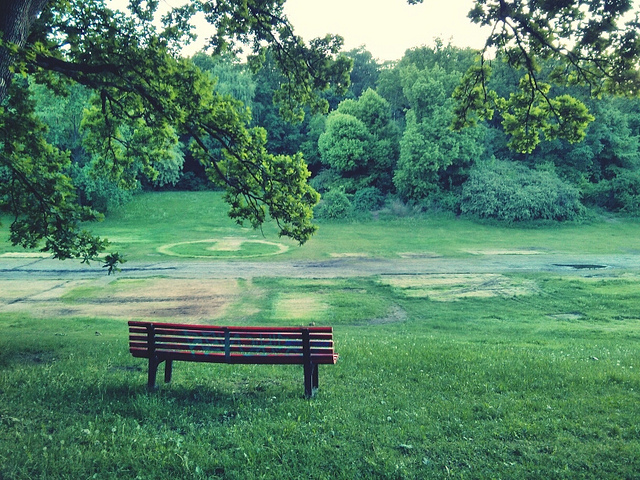 Speaking of which, the famous Tempelhofer Feld is always a popular gathering place for locals year-round. The former site of the enormous Tempelhofer Airport at one time the main terminal was among the largest buildings on earth. The remaining air lanes and surrounding field are just as vast, and for almost a decade it has been one of Berlin’s most iconic outdoor hangouts. In addition to serving as host for a multitude of athletic activities, Tempelhof has specific areas designated for picnics and even barbecues. Supplement the snacking, sunbathing, and cloud gazing with time spent exploring the space’s abandoned surrounds. 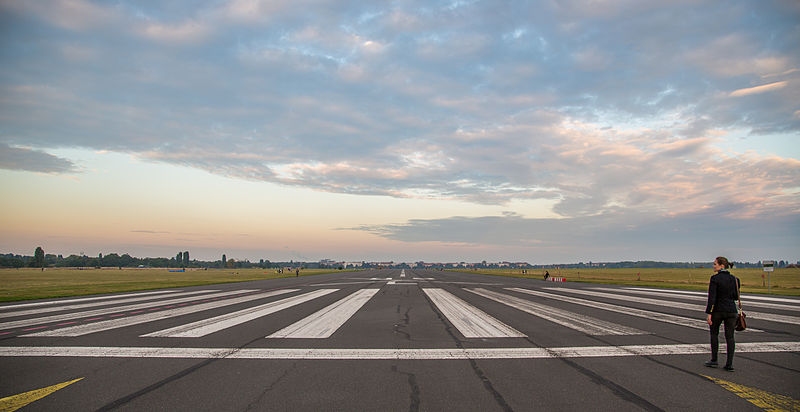 Getting tired of Berlin’s Soviet Era architecture and haphazard graffiti tags at every turn? While we love our fair city, it’s not as pretty as say, Paris. Luckily, there are some pockets here and there that allow for an escape from the usual aesthetic, and Körnerpark is one of them. This small green space in Neukölln is as pristine as anything you might find in a more picturesque European capital. Its meticulously maintained garden, fountains, and statues are designed in neo-baroque style. This hidden gem also features a cafe and a gallery. Not to mention, it is less popular than nearby Viktoria Park, making it as peaceful a hangout as it is lush. 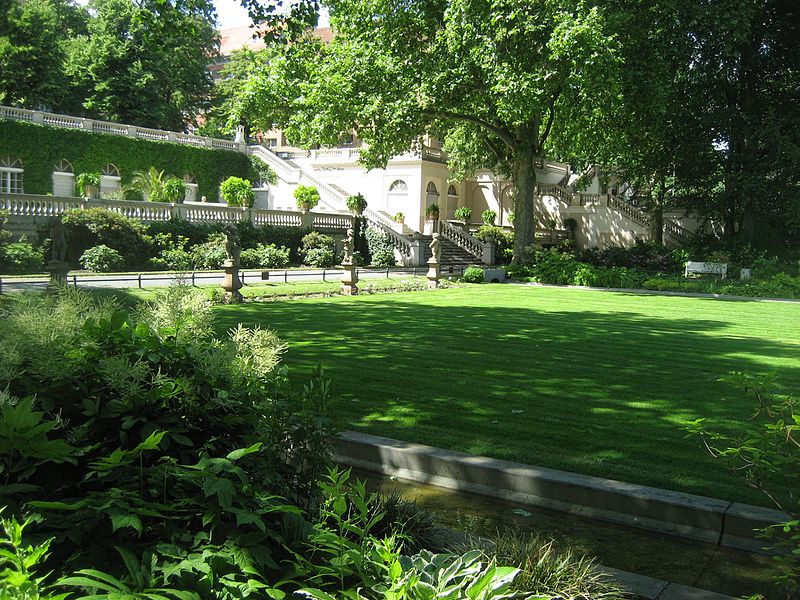 Situated near remnants of the Berlin Wall, Mauerpark is one of the city’s biggest hives for social activity. Each week, one of Berlin’s most well-known flea markets takes place here. There are often a variety of performers at Mauerpark, including jugglers and musicians scattered about the flea market activities as well. The nearby Berlin Wall Museum commemorating the Berlin Wall and many other points of interest are located nearby as well. While all these attractions are enticing, what makes this park in Prenzlauer Berg enticing for a picnic? Find a spot on the hill near twilight, catch the spectacular view of the sunset, and you’ll have your answer. 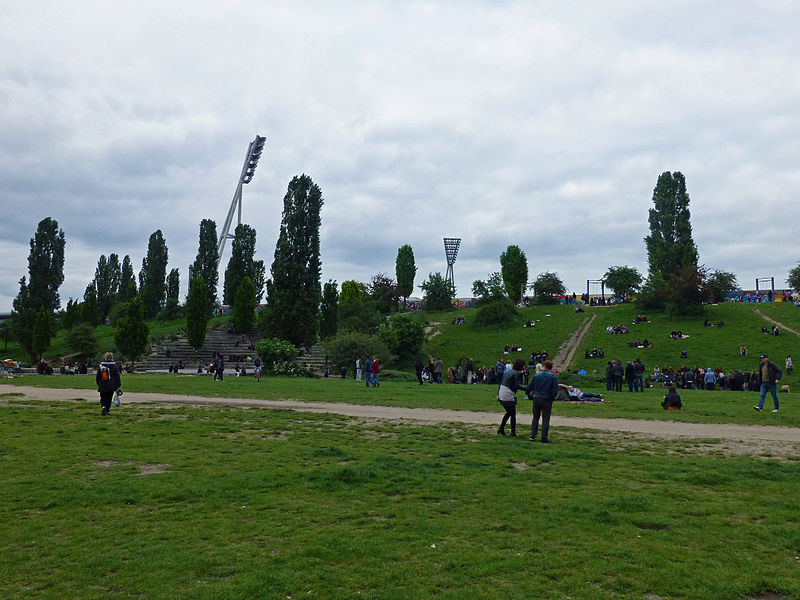 Another escape from Berlin’s usual edgy industrial vibe is the Schlossgarten in Charlottenburg. Spanning 55 hectares in area, the massive garden surrounding the former Prussian palace has clear aesthetic influences from Versailles. Built in 1697, Schlosspark Charlottenburg is the oldest park in all the city, and it still offers a glimpse at Berlin in a different era. Sophie Charlottenburg commissioned French gardeners to design this park and its flowerbeds and shrubs are arranged in captivating geometric patterns distinct to French Garden style. Schloss Charlottenburg itself serves as an excellent backdrop to a lovely picnic spread.