The 15 Best Cities in the World for Book Lovers 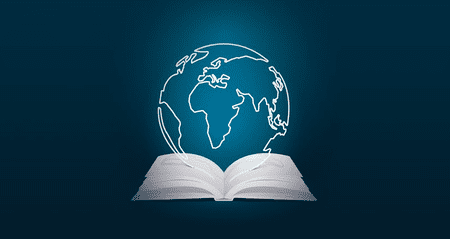 Literary tourism dates back to the 18th century when Bardolatry made Stratford a center for Shakespeare fans, and Lord Byron swam the Hellespont in 1810 in imitation of the story of Hero and Leander. Most major cities have their literary side and here are a list of the best cities across the world to inspired book lovers. Some you’ve doubtless have heard of, hopefully some will be a little bit different too.

Every book-lover should head to the German city of Mainz to pay homage to Johannes Gutenberg, the man who invented the printing of moveable type, thus giving us the book we know today. Gutenberg was working in the middle of the 15th century when Mainz was an important city in the Holy Roman Empire. Right opposite the magnificent Mainz Cathedral in the old part of the city is the Gutenberg Museum dedicated to the story of printing and Gutenberg’s achievements. On display is a Gutenberg Bible, the very first book made with moveable type. 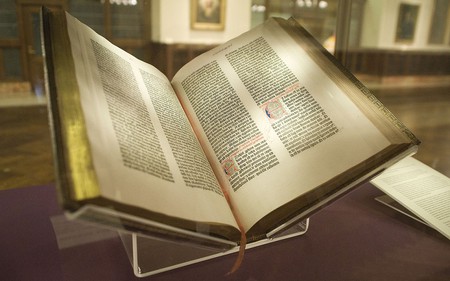 Buenos Aires has more bookshops per person than anywhere else in the world, including 102 rare and second-hand shops. One shop, in particular, is regarded as amongst the most beautiful in the world. El Ateneo was once a theater until being converted to a bookstore in the early 2000s. It ranges over 21,000 square feet and still has its ceiling frescos and statues in place. The Annual Book Fair draws over a million to the city, and Buenos Aires has been home to many wonderful writers like Roberto Arlt, Julio Cortazar, and Adolfo Bioy Casares – and Borges, of course, the greatest of all 20th century storytellers. 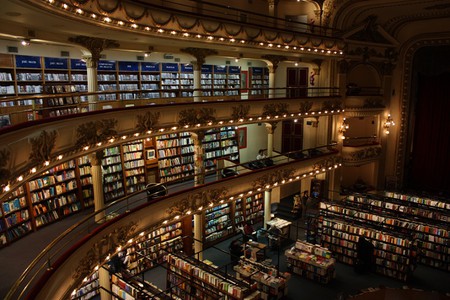 There’s loads to do and see for bibliophiles in London. Milton lies buried in St-Giles-without-Cripplegate, John Donne in St Paul’s Cathedral, and Christopher Marlowe in Deptford close to where he was stabbed in a pub brawl. Head to Poet’s Corner in Westminster Abbey where Tennyson, Browning, Dickens, and Kipling lie. On Tite Street in Chelsea is the house where Oscar Wilde once held court. At 17 Gough Square is the house where Dr Johnson lived and worked on his Dictionary, and in the restaurants of Greek Street in Soho the likes of Martin Amis, Clive James and Julian Barnes used to meet. Also be sure to have a browse in the second-hand bookshops on Charing Cross Road. 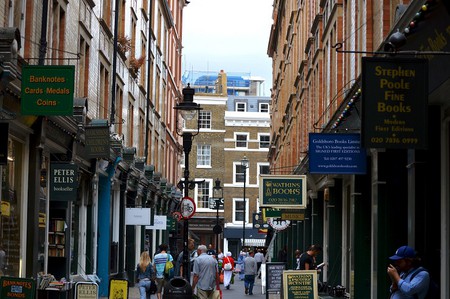 In Paris you’re spoilt for literary-inspired things to do, too. At 102 Boulevard Haussmann you’ll find the apartment where Marcel Proust lived in his cork-lined room and wrote A la recherché du temps perdu. Take a walk around the cemeteries of Père Lachaise, Montmartre, and Montparnasse and you’ll find the resting places of Oscar Wilde, Baudelaire, Zola, Stendhal and de Nerval. Ever since the 19th century Paris has been a center for artists and writers, particularly in the ’20s where great American and British authors like Hemingway, Gertrude Stein, Joyce and F.Scott Fitzgerald flocked to the French capital. Shakespeare and Company, then on rue de l’Odeon and now on rue de la Bucherie, was the bookshop that they frequented. 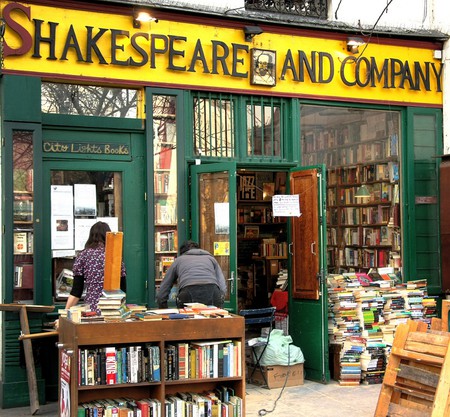 For somewhere a little different try heading to Tokyo. It’s now host of a major international literary festival that has welcomed J.M.Coetzee and Junot Diaz in recent years. And during the Tokugawa Shogunate in the 17th century when the city was called Edo, it was home to the poet Basho, the master of the haiku. During the 20th century Tokyo was the setting for works by the likes of Natsume Soseki, Yukio Mishima and, most recently, Haruki Murakami in novels including After Dark, Norwegian Wood and 1Q84. And western authors too — Edmund de Waal and David Mitchell — have used Tokyo as the backdrop to their works.

Rome is home to some of the most beautiful libraries in the world. You can get guided tours of the Biblioteca Casanatense, the National Institute of Archaeology library, the Vatican Library, and the Angelica and Vallicelliana libraries. During the Romantic era poets and novelists were drawn to the Italian capital. You can visit Goethe’s house on the Via del Corso, the Caffé Greco when Shelley, Dickens and Byron drank, and the Keats-Shelley House where Keats died in 1824. He’s buried in the Protestant Cemetery and the house is now a leading museum. 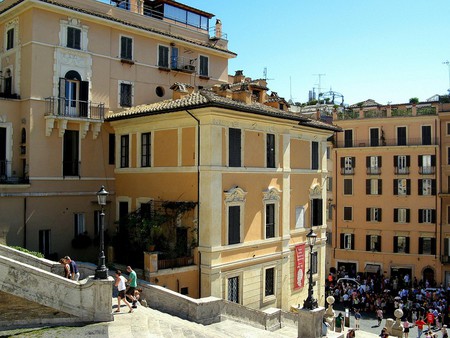 Always the Bohemian center of America, New York has been home to major writers for a century. At the Chelsea Hotel Jack Kerouac wrote On the Road and the likes of Arthur Miller, Allen Ginsberg, and Tennessee Williams laid their heads whilst in New York. At the White Horse Tavern Hunter S.Thompson drank and Dylan Thomas spent his last night alive. The Algonquin Hotel was the meeting place for great wits like Dorothy Parker in the ‘20s. And the Brooklyn Bridge inspired poet Hart Crane, whilst the city formed a backdrop for novels like The Catcher in the Rye, Breakfast at Tiffany’s and American Psycho. 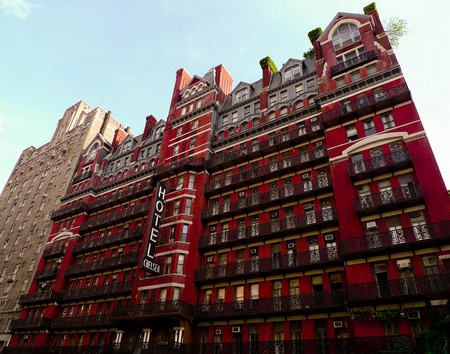 Dublin, the city of great writers like Yeats, Mangan and Joyce, is packed with literary sites. For a start there is the superb 18th century Trinity College Library where you’ll find the illumined manuscript of the Book of Kells on display. Then there’s Marsh’s Library dating back to 1707, the Writer’s Museum on Parnell Square, and the Chester Beatty Library which houses a collection of rare Islamic and East Asian manuscripts. But most of all there’s the city itself, its pubs and streets along which Leopold Bloom and Stephen Daedalus walked in Joyce’s Ulysses. Walking tours of sites from the novel are available. 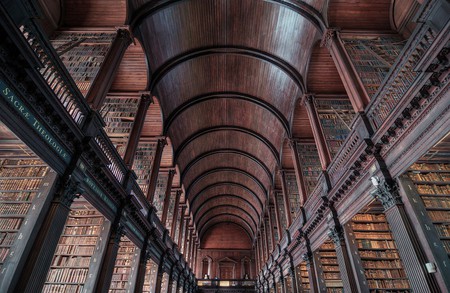 While many of us in the West think of the literary canon as the be-all and end-all the Persian literary tradition stretches back over several millennia. The city of Shiraz in modern Iran is still known as the ‘City of Poets’ for its association with many of the great Persian writers of the past. Hafez, perhaps the finest of all Persian poets, lived here and his tomb can be visited. You can see the tombs of Saadi and Khwaju Kermani too, along with the magnificent citadels, mosques, libraries and pleasure gardens that make up the heart of this ancient city. 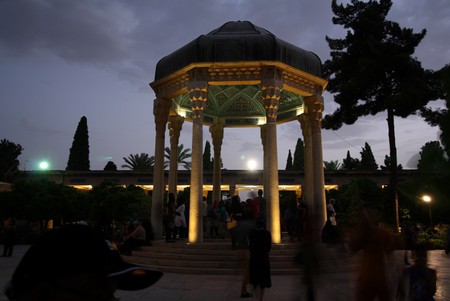 The Swedish capital has long been home to great writers like Strindberg and Eyvind Johnson. But it’s the recent rise of the Scandinavian noir genre that makes it an especially intriguing location for book-lovers. Stockholm was home to Stieg Larsson, author of the Millennium trilogy including The Girl with the Dragon Tattoo. At the City Museum there’s an exhibition devoted to the books and the Stockholm locations mentioned. You can also head to the National Library of Sweden where you’ll find the remarkable Codex Gigas or ‘Devil’s Bible’ on display. It’s the biggest medieval manuscript in existence and the strange illuminations have sparked countless myths and legends.

The cultural center of Imperial Russia, St Petersburg was home to many of the greats of Russian literature from Lermontov and Tolstoy to Nabokov before he left Russia. You can get a tour of the places where Rodion Raskolnokov plotted the murder of Alyona Ivanovna in Dostoyevsky’s Crime and Punishment, before heading to the Pushkin Museum where the father of Russian poetry lived until he was killed in a duel. And then there are the streets and bridges where Gogol’s characters encounter misfortune, where Major Kovalyov chases his missing nose and where Akaky Akakievich is robbed of his prized overcoat. 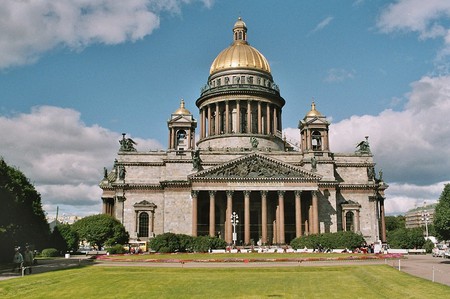 In the years following the First World War the Swiss city of Zurich was a center for avant-garde and experimental artists and writers. James Joyce came here in 1915 and was buried in the Fluntern Cemetery in 1941. At the Café Odeon the likes of Stefan Zweig, Vladimir Lenin, Berthold Brecht and Hermann Hesse met and drank. Thomas Mann lived in Zurich for many years. And at the Cabaret Voltaire the Dada movement was born, with performances by the poets Tristan Tzara, Hugo Ball and his wife Emmy Hemmings. If you’re into modernist literature, then Zurich is the ideal place to spend a few days. 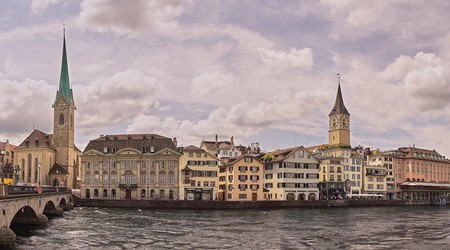 Boston is the so-called ‘Athens of America’ and a key center of American literature in the 19th century. At the Old Corner Bookstore figures like Ralph Waldo Emerson, Nathaniel Hawthorne, Oliver Wendell Holmes and Henry Wadsworth Longfellow used to meet. It’s here that The Atlantic Periodical was first published. And the Boston Book Festival, held each year, has welcomed major writers including Salman Rushdie, Joyce Carol Oates, and Michael Ondaatje in the last few years. The Public Library, founded in the 1850s, was one of the first free libraries in America. 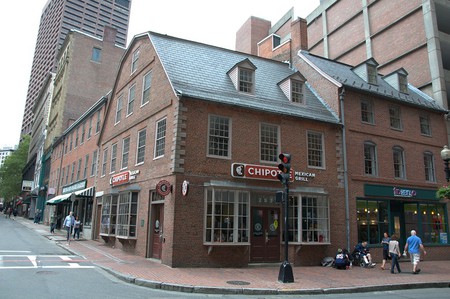 No surprises in this choice. La Serenissima has been home to great writers ever since Petrarch set up at the Palazzo Molina in the 1360s. You can check out the Goldoni Museum, dedicated to the works of the great Venetian playwright, or Harry’s Bar where Hemingway used to drink when he was in town. At the Caffé Florian Byron, Shelley, Proust and Goethe took coffee and met. Be sure to visit the magnificent Biblioteca Marciana built in the 16th century that’s packed with thousands of manuscripts and early printed works, and the Liberia Acqua Alta bookshop. 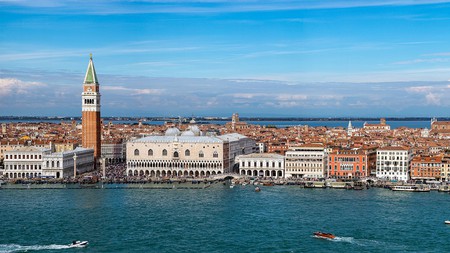 During the 1950s San Francisco became a key location for the Beat writers and poets. The poet Kenneth Rexroth ran gatherings of young writers like Allen Ginsberg, and the City Lights Bookshop, opened in 1953 by poet Lawrence Ferlinghetti, published Ginsberg’s work Howl before having to fight an obscenity charge. At the Six Gallery on October 7 Ginsberg and four other poets read their works, marking what’s regarded as the starting point of the Beat Movement. Today there’s a Beat Museum full of first editions and memorabilia and you can visit the Vesuvio Café frequented by Kerouac and Ginsberg. 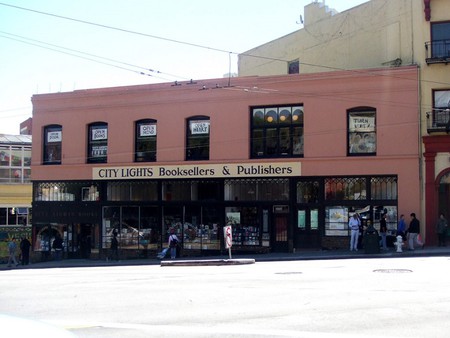