The Most Exciting Startup Neighborhoods Around The World 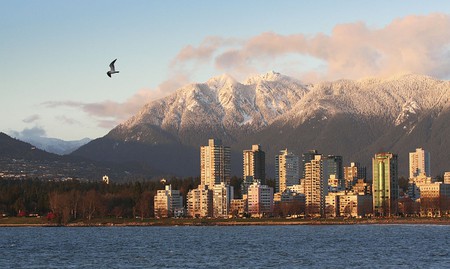 We’ve all heard about the economic prowess of the Silicon Valley. Additionally, many might think of booming metropolises such as London and New York City as places where economic ventures and young companies have the best chance of gaining headway. Though these cities have impressive startup scenes of their own, but there are dozens of other cities around the world with burgeoning startup industries. 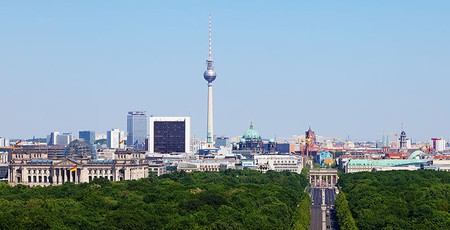 Berlin is one of the most well known startup capitals in Europe. It has even earned the nickname Silicon Allee, a spin off of the famed Silicon Valley in California. Mitte in particular is the prevailing financial hub of the city. It is home the headquarters of SoundCloud, and Zalando, JobSpotting, Wooga, and Trademob can be also found in Mitte. There are lots of meet-ups and other important events for investors and founders located in this part of the city as well. An up-and-coming neighborhood in Berlin to watch is Kreuzberg, which is also becoming a significant hub in Berlin’s startup scene. 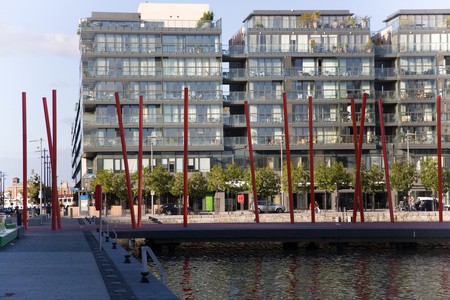 In the last decade Dublin has emerged on the map as an important startup city. The Grand Canal Dock area in particular is the site of tech giants like Facebook and Google. The presence of these companies was a real game changer in the area, bringing talent, know-how, and capital to get things up and running. Two notable local startups in Grand Canal Dock include FoodCloud and Storyful. The reason Dublin seems to attract even more international talent is that it is a culturally vibrant city where a variety of people can easily integrate and establish successful companies. 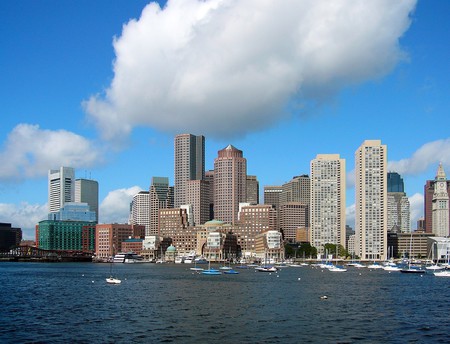 Boston has a rich history in both innovation and technology. It is increasingly a site of interest to venture capital firms. Furthermore, Boston is home to more universities than any other city in the United States. This is relevant to the startup scene because it means there is a wealth of raw talent to choose from already existing in the area. Boston is a notably positive startup climate for women, too. CEOs of major startups like Blowfish, Constant Contact, and Care.com are all female. Where exactly does the startup magic happen in Boston? The prestigious Kendall Square is the original startup center, but in recent times Davis Square has been gaining significant ground. Companies like TapJoy, The Echo Nest, Wistia, Thinking Phone Networks, and Evergage are a few forerunners in this trend. 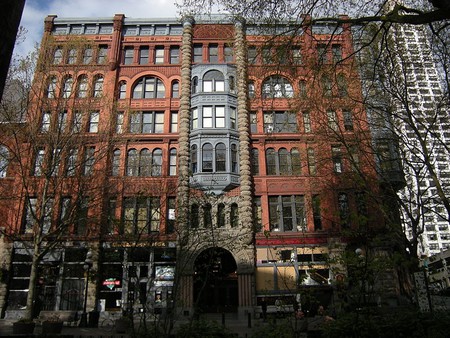 It may come as a surprise that a small city like Seattle is one of the top startup cities in the world. When you think about it, however, its technological prowess actually makes a lot of sense since both Amazon and Microsoft were prominent companies in the area. The historic Pioneer Square is where much of the startup action is happening. Recently, it has even become the site of Pioneer Square Labs, a company comprised of startup experts that test new startup ideas. Pioneer Square also has a few popular co-working spaces like Galvanize Seattle where you’re sure to find lots of budding startups working hard on projects. Lastly, considering the city’s overall history with coffee, it’s not surprising that it is buzzing with so many productive and enthusiastic new business ventures. 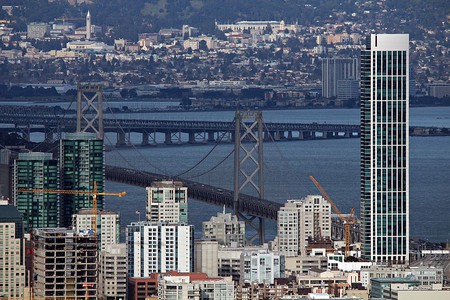 Due to its proximity to Silicon Valley, San Francisco might just be the holy grail of startup scenes. South of the Market or ‘SoMa’ is one the most exciting areas for startups in San Francisco. The SoMa area can be divided into two portions based on the costs to set up shop there. SoMa is where Twitter is located. Although this might make the climate feel intimidating for younger startup companies there are certainly lots of places where rents are cheap, so the area attracts budding startups just the same. It is densely packed with startups at varying stages of development, restaurants and public transportation. In downtown San Francisco, also keep your eye on The Mission neighborhood as it is known for its excellent social climate for startups, too. 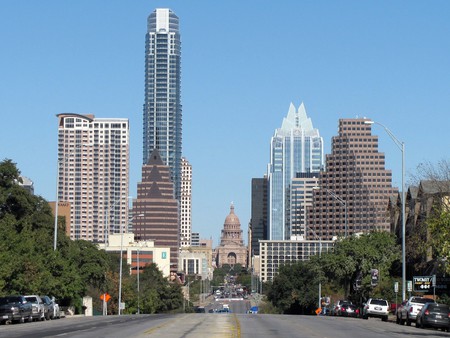 One reason Austin is a great startup hub is that the average tech wages are high while rent for office space is almost half that of other major startup cities in the USA like San Francisco. Though startups are pretty evenly distributed throughout the city, there is a slightly higher concentration of startups in downtown Austin. Tech companies like Trilogy, whose successes set the stage for the burgeoning Austin startup scene, are located here. Additionally, Austin Startup Week is situated right in the middle of downtown Austin. It’s an annual five-day event that showcases the very best of startup talent in the city. 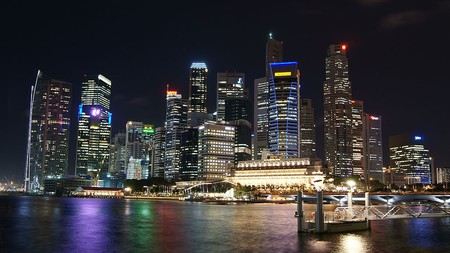 In April, Singapore hosted the first ever Founders Forum to be held in Asia. Its international character and unique location has made it a wonderful place for collaborative problem solving to occur in the entrepreneurial sector. The government largely supports the Singaporean startup scene. Interestingly, it even enacted an experiment to consolidate the city’s startups under one roof. In Ayer Rajah Industrial Estate, they constructed Block 71, a massive building, which currently houses 250 of the city’s startups and aims to double its size. Today, Block 71 is the most dense startup ecosystem in the world. 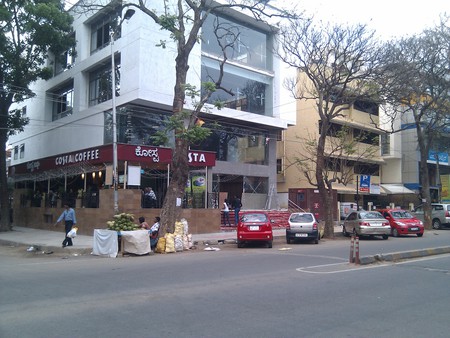 Bangalore is the most vivacious startup city in India. The elegant neighborhood of Koramangala has gained global recognition in recent years. One of the most notorious, Flipkart, helped to lay the foundation for this scene. Venture capitalists from Silicon Valley are even paying close attention. Many of the goings-on worthy of recognition are occurring in an unexpected place. The coffee shop known as Costa Coffee hosts the meetings of many startup founders and their teams. It is here that many of the early stages of business development take place. It is for this reason that the cafés of Koramangala serve as important networking hubs as well.

Sydney is home to about two thirds of Australia’s startups. Like most major startup cities, the action seems to be concentrated in certain areas. Aside from the city center, the inner city suburb of Ultimo is the site of much of the city’s startup action. Piivot, a collaboration of institutions working to grow the startup ecosystem, is located in Ultimo. Ultimo already has the highest density of creative and tech startups in the whole of Australia. Australia’s largest co-working space, Fishburners, is also located in Ultimo. There is a lot to look forward to in this exciting time in Sydney’s startup scene.

Amsterdam has long been home to a host of creatives and developers, making its scene ripe for startup growth. As a result, it’s a city with access to tech infrastructure, lots of talent, and a high standard of living. Zuidas is the city’s premier business district. Like other cities on the list, Zuidas is the site of multiple co-working spaces. This district is also home to many large company headquarters in Amsterdam so there is the draw of having lots of potential customers and partners. The result is that many smaller startups and business firms have gravitated towards this part of the city. Zuidas is generating more and more attention from Singaporean foreign investors.

Due to its proximity to Seattle and Silicon Valley, it makes sense that Vancouver would be poised to become a thriving startup city. Today the city is home to hundreds of startups and they have accrued billions for the city’s economy. Gastown is the most nurturing environment for new startups in Vancouver. This neighborhood has recently outranked the country’s eastern hub, Waterloo, Ontario. The Gastown community is known to be tight-knit and many founders believe it is a promising place to grow billion dollar companies. Some startups to watch out for are QuickMobile, EventBase, Gener8, and TapStream. 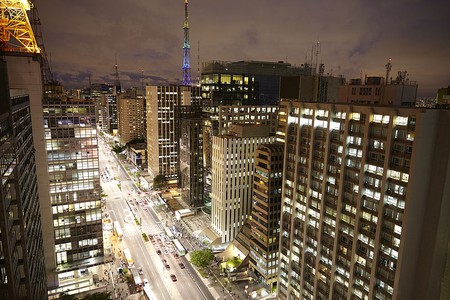 Sao Paulo is the startup capital of Brazil. You can easily get involved in meet-ups, incubators, and talent recruitment activities as this startup scene harbors lots of opportunity for talented people. The tech industry is relatively new, so it’s possible to have a major role in startup development from the ground up. This scene is relaxed and blends both global and local startup initiatives. Posting up in a neighborhood like Consolação will leave you close to Avenida Paulista, the main drag of the city’s business sector. Here you can find companies like Buscapé, one of Brazil’s premiere e-commerce startups. There are also lots of cafés and co-working spaces in this locale. 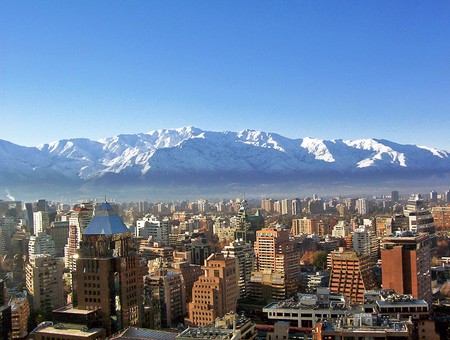 Political policy in Chile has been conducive to creating a robust and supportive economy to bolster startup growth. The result is a refreshingly open and enthusiastic startup scene in the country’s capital, Santiago. The city has even earned the nickname ‘Sanhattan.’ The high-end Isidora Goyenechea neighborhood seems to be at the center of a lot of the action. The many banks and financial firms in Isidora Goyenechea make this area an important component of Sanhattan and it is also home to a vibrant culinary and artistic scene. At the beginning of this 2015, Magical Startups presented the monumental Digital Summit in Isidora Goyenechea. The conference hosted forums with investors and experts in digital entrepreneurship in Chile.