The 10 Most Beautiful Castles in Germany 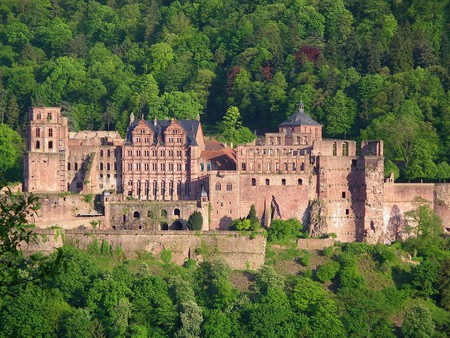 Germany is dotted with many beautiful castles of varying shapes, sizes and functions – from romantic fantasy palaces to imposing military forts and picturesque manor houses. Take a look at 10 of the most beautiful and fascinating of these spectacular structures.

Using his own personal funds, the enigmatic King Ludwig II of Bavaria commissioned the construction of this incredibly romantic castle as a private retreat for himself. It was designed as an idealized interpretation of the medieval world and dedicated to the composer Richard Wagner. The castle was, however, opened to the public just weeks after Ludwig’s death in 1886, and is now one of the most visited castles in the world. It’s easy to see why. Resembling something out of a fairy tale, the castle continues to capture the public’s imagination and draws crowds from all corners of the world.

Dating back to the Middle Ages, Wartburg Castle overlooks the lush Thuringian forest and the town of Eisenach. The castle was the location of perhaps one of the most significant events in European history. This was where the Protestant reformer Martin Luther, who had been granted refuge in the castle by Frederick the Wise following his excommunication by Pope Leo X, translated the New Testament from Ancient Greek to German between 1521 and 1522. The castle fell into disuse and disrepair in the following centuries, but was restored in the 19th century amidst the zeal of The Romantic Period, and is now a major tourism draw.

Built for the Duke of Schleswig-Holstein-Sonderburg on a man-made lake between 1583 and 1587, Glücksburg Castle later served as the home for several Danish kings, and today the wide and open courtyard of the castle is a venue for numerous festivals and events. Guided tours of the interior take place daily and can go on for several hours, so history buffs would do well to check this one out. If this doesn’t appeal, then the views of the tranquil lake surrounding the castle are incredible enough.

Located on an island in the main lake of the city of Schwerin, this castle was completed in 1857. But for centuries prior to this, the site had been the dwelling place for many dukes and nobles. The castle is also said to be the home of a benign ghost named Petermännchen, who stands only a few feet in height and wanders about the innumerable nooks and crannies of the immense palace while keeping watch to make sure that everything is in order.

The House of Hohenzollern was the imperial family of Germany before the monarchy was abolished following the country’s defeat in the First World War. This romantic castle served as their ancestral seat of power and contains numerous artifacts relating to their rule, including the crown of Kaiser Wilhelm II. Several members of the royal family are buried in the castle cemetery, and, although the castle remains private property, it is still fully open to the public.

Situated in the Harz Mountains in northern Germany, this romanesque-style castle was originally used as a hunting lodge for local rulers and nobles in the 12th century. It was eventually converted into a fortress later in the Middle Ages and finally achieved its present Romantic architectural form in the 19th century. The castle is now fully-open to the public, and two different guided tours are available, both of which present a different side of the castle to visitors. 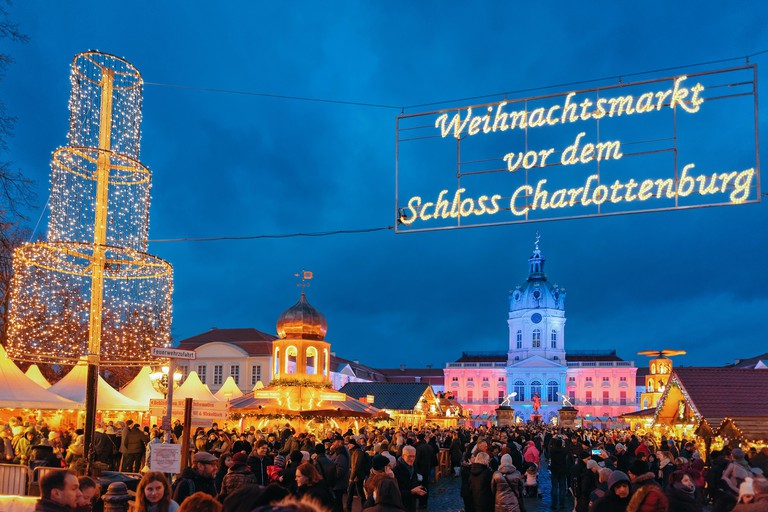 The 17th-century Charlottenburg Palace makes a glorious setting for a Christmas market | © Roman Babakin / Alamy Stock Photo
Book Now
One of Berlin’s major tourist attractions, Charlottenburg Palace is the largest in the city, and features absolutely beautiful gardens designed in baroque style which are free to the public. While most of the original work on the palace and gardens had been accomplished in the 19th century, Allied bombing during the Second World War prompted the need for serious reconstruction efforts from the 1950s onward. Regular cultural events, festivals and celebrations are held within the palace grounds, making them a real draw for tourists.
Open In Google Maps
10-22 Spandauer Damm, Bezirk Charlottenburg-Wilmersdorf Berlin, Berlin, 14059, Germany
+4930320911
Visit Website
Give us feedback

This castle proclaims itself as ‘the Versailles of Germany’. It is surrounded by a broad canal which bears a resemblance to a moat, although by the time the palace itself was built in the 18th century, moats had largely outlived their strategic function and were now purely just for show. The interior of the castle has a restaurant that serves up the best of local cuisine in an atmosphere which emphasizes the awe-inspiring extravagance of everyday life in such a grand setting. 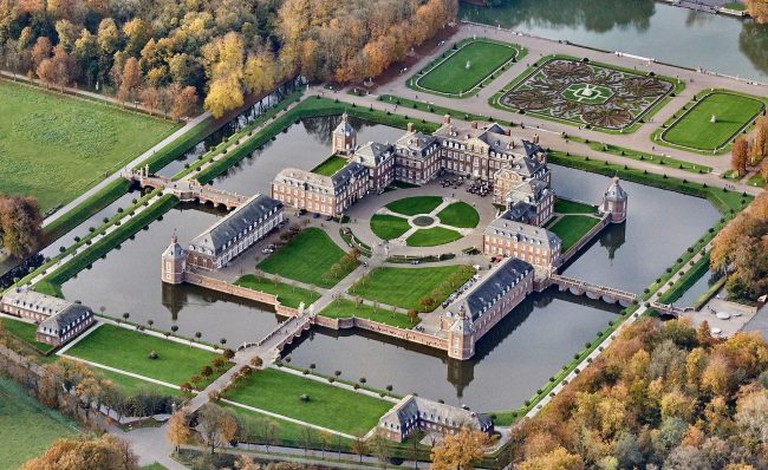 First built in the 13th century, this imposing palace was heavily damaged by the French during the War of the Grand Alliance in the late 17th-century, before falling victim to an enormous fire in 1764 that was caused by a freak lightning bolt. The Romantic period of the 19th century brought about renewed interest in the ruins, and today the castle attracts around one million visitors annually. Various group tours are available for those wishing to explore the castle’s historic interior chambers.