The 10 Best Things to See and Do in Saarbrücken, Germany

Saarbrücken is the capital city of Germany’s smallest state and often falls under the radar when people plan their trip to Germany. The low-key city is only minutes away from the French border, and boasts grand Baroque landmarks, culturally rich museums and fantastic restaurants. We had a look at what’s there to do and see and came up with the following ten things.

Start architect Friedrich Joachim Stengel has shaped Saarbrücken’s cityscape like no other. His masterpiece is the Lutheran Ludwig’s Church, which stands at the centre of a rectangular plaza. The church is not only the city’s most renowned landmark but also stands alongside Dresden’s Church of Our Lady and St Michael’s in Hamburg at the top of the list of Germany’s most important Protestant baroque-style churches. The church is quite the beauty inside as well – walls, benches, the organ gallery and pulpit are all kept in white, and the high ceilings are embellished with stucco ornaments. 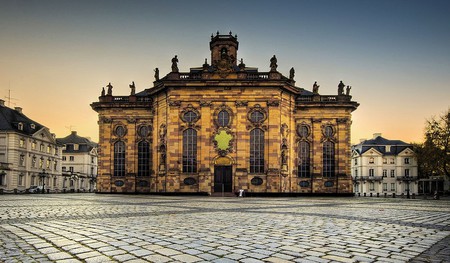 Georg J. Hauberrisser, the architect behind the town halls of both Munich and Wiesbaden, is also behind this imposing neo-Gothic building. Built between 1897 and 1900, the façade boasts a lot of intricate detail from sandstone figurines and canopied balconies to the soaring tower. It’s worth having a peek inside and exploring the wood carvings, murals and stained glass windows of the ballroom. If you time your visit right, you can hear the chimes of bells that sound over the plaza every day at 3:15 pm and 7:15 pm.

When the neoclassical state theatre opened with Richard Wagner‘s The Flying Dutchman in 1938, it was the most modern theatre in all of Europe. World War II arson attacks and bombing raids damaged the building severely, but it was quickly rebuilt under the French occupation and today stages ballet, opera, musicals and concerts. 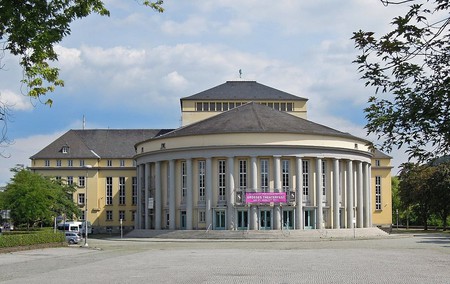 One of Saarbrücken’s cultural gems is this modern art gallery that exhibits European art from the 19th century to the present. Next, to one of the most notable collections of German impressionistic works by the likes of Liebermann, Kirchner and Corinth, the museum also gives room to their French counterparts Monet, Renoir and Sisley. Other highlights include the art from the German Expressionism period and a graphic collection of more than 18,000 individual items.

The Museum of Regional History occupies the basement of Saarbrücken Castle – which is quite the sight itself – and a modern complex next-door. Its permanent exhibition explores the cultural, social and economic history of the Saarland state from 1870 to the late 1950s. From here, visitors can climb down 14 metres underground and explore the ruins of the city’s medieval fortress and Renaissance casemates. The vast bastions include a castle moat, secret passages and a dungeon. 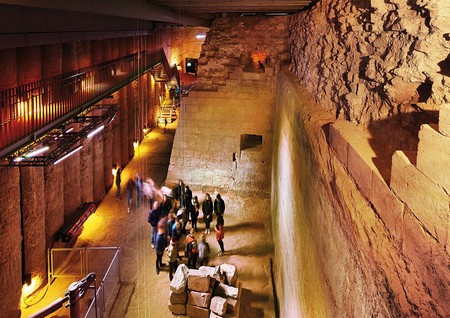 Museum of Pre- and Early History

If you’re interested in the history of Saarbrücken and the surrounding region but want to delve deeper into the past, this is the right place. The exhibits display archaeological artefacts from the Stone Age through to the early Middle Ages and show how Celtic tribes and the Romans shaped the city. The centrepiece of the museum is the 400 BC tomb of a Celtic princess and the precious gold jewellery burial objects.

Basilica of St John the Baptist

St John’s Basilica is another one of Stengel’s Baroque beauties and was also another victim of Allied bombing raids. After years of meticulous reconstruction, the Catholic church shines in its full Baroque grandeur again and Pope Paul VI granted it the honorary title ‘Basilica Minor’ in 1975. Among the highlights are the bronze entrance portal and the church organ, which features a total 4,312 pipes. 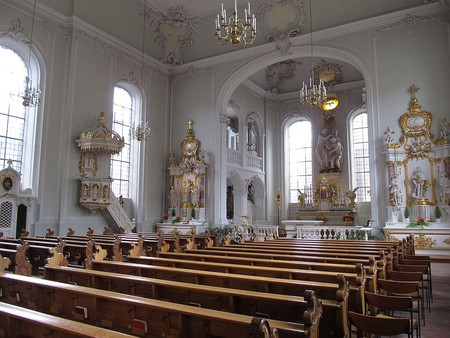 Just outside the city centre, south of the Saar river, the vast parklands of the German-French Garden are an oasis of flower beds, ponds and several cafés and bistros. On a sunny day, the park becomes the perfect spot to catch some rays, take a paddleboat out on the lake, go for an afternoon stroll or have a picnic. Throughout the year, the park is also the scene of various events from markets, theatrical plays to musical concerts.

Approximately 15 kilometres out of town stands the former ironworks of Völklinger Hütte. Direct trains from Saarbrücken central station get you there within ten minutes. The plant opened in 1873 and shut down in 1986, subsequently being declared a UNESCO World Heritage Site in 1994. The complex has transformed into what could easily be the set of a science fiction film. Trees and bushes emerge from between the rusty pipes and concrete walls. The complex is now used for an array of cultural events throughout the year, and at night, multi-coloured spotlights set the site ablaze, making the site even eerier. 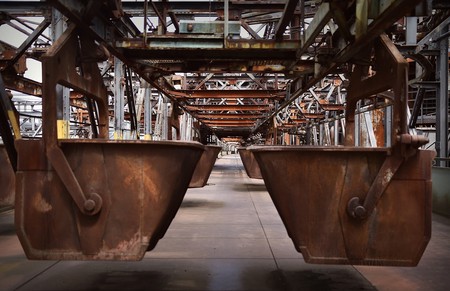 The Saarland state is also known for its stellar cuisine and excellent wines, and you’re spoilt for choice when it comes to picking your dinner location. Stiefel Bräu is dedicated to hearty German specialities and craft beer, Herzenslust serves beautifully arranged platters – a lot of them being vegan –, and the triple-Michelin-starred GästeHaus Klaus Erfort offers a gourmet dining experience.