The 10 Best Museums in Cologne 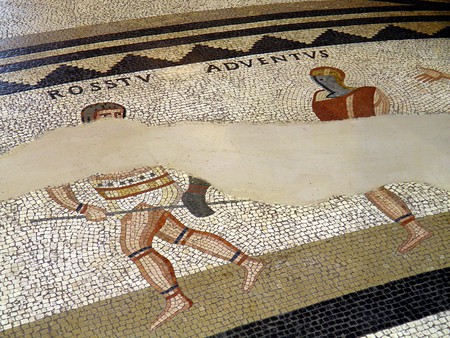 From relics of the Roman Empire, the birthplace of the Eau de Cologne, a museum dedicated to chocolate and some of the world’s greatest collections of art – exploring Cologne’s museums resembles a treasure hunt. To help you seek out the good stuff, follow our guide to the city’s 10 best.

Cathedral, Museum
Facebook
Email
Twitter
Pinterest
Copy link
Share
Map View
Located right next to Cologne Cathedral, the Romano-Germanic Museum is dedicated to archaeological artefacts from 100,000 years of settlement history in the Rhineland area and Cologne’s Roman heritage. The centrepiece of the collection, quite literally, is the renowned Dionysus Mosaic. The museum was built on the foundations of a Roman villa, and around the 70 metre (750ft²) masterpiece which once decorated the floor of the old dining hall. Thirty-three years after the mosaic was unearthed in 1941, the museum opened its doors to the public.Some other highlights include the world’s largest collection of Roman glass vessels, stone tools and weapons from the Neolithic age, filigree Merovingians goldsmith’s art and the reconstructed 15 metre (50ft) high tomb of Lucius Poblicius, a Roman veteran legionary, which dates back to 40AD.
Open In Google Maps
Cologne, Germany
Give us feedback

Cathedral, Museum
Facebook
Email
Twitter
Pinterest
Copy link
Share
Map View
In 1824, university professor and art collector Ferdinand Franz Wallraf bequeathed his collection to the city of Cologne. Thirty years later, Cologne merchant Johann Heinrich Richartz donated the funds to build a museum to house the precious artworks, giving the museum its name.Over three floors, Cologne’s oldest museum houses European art spanning from the Middle Ages to the early 20th century, with each story dedicated to a different period. Besides the most extensive collection of impressionist and neo-impressionist art in Germany, composed of prominent artworks by Monet, Renoir, Morisot, van Gogh, Cézanne, Rembrandt, and Munch, the museum features several baroque paintings by Rubens and Rembrandt. Lochner’s “Madonna in the Rose Bower,” also known as “kölsche Mona Lisa,” is the most notable piece in the Gothic collection.
Open In Google Maps
Cologne, Germany
Give us feedback 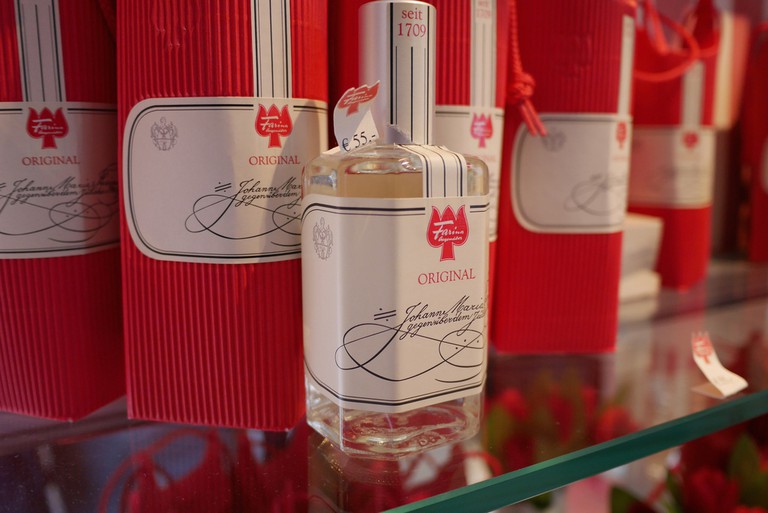 The original Eau de Cologne | © Franklin Heijnen/Flickr
Book Now
Right across the road from the Wallraf-Richartz Museum lies the world’s oldest fragrance factory and the birthplace of the original Eau de Cologne. Booking a guided tour is mandatory, and takes visitors through 300 years of fragrance history. Furniture, art pieces, and several authentic objects from the production site tell the story of Italian perfumer Johann Maria Farina who first created the now world-famous scent in Cologne in 1709. King Louis XV and King Frederik the Great were among his most famous customers. Visitors can sniff at individual components of the fragrance and purchase a flask of the original on the way out.Tours run daily and are available in German, English, French, Italian, Spanish, Portuguese, Chinese, Japanese, and Russian.
Open In Google Maps
21 Obenmarspforten, Innenstadt Köln, Nordrhein-Westfalen, 50667, Germany
+492213998994
Visit Website
Give us feedback 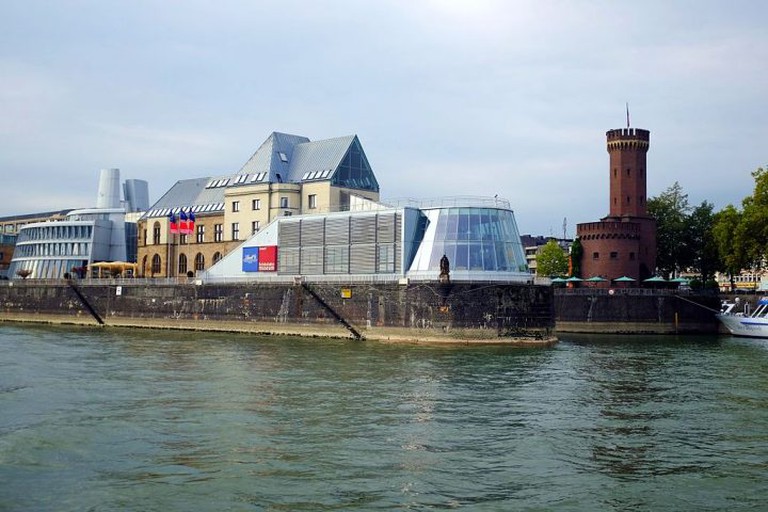 The Cologne Chocolate Museum | © Spyrosdrakopoulos/WikiCommons
Book Now
At 4,000 square-metres (43,000ft²), the Cologne Chocolate Museum tells visitors everything there is to know about our favourite treat. The exhibition explores 5,000 years of cultural history of chocolate, and follows the cocoa bean from the roasting to the wrapped chocolate bar. Along the way, visitors step through a tropical greenhouse with grown cocoa trees, peek through glass windows at the machines along each step of the production process, and arrive at a three metre (10ft) tall fountain with 200 kilograms (440lbs) of melted chocolate waiting to be sampled. The museum offers themed tours in German and English which you can book online.
Open In Google Maps
1a Am Schokoladenmuseum, Innenstadt Köln, Nordrhein-Westfalen, 50676, Germany
+492219318880
Visit Website
Give us feedback 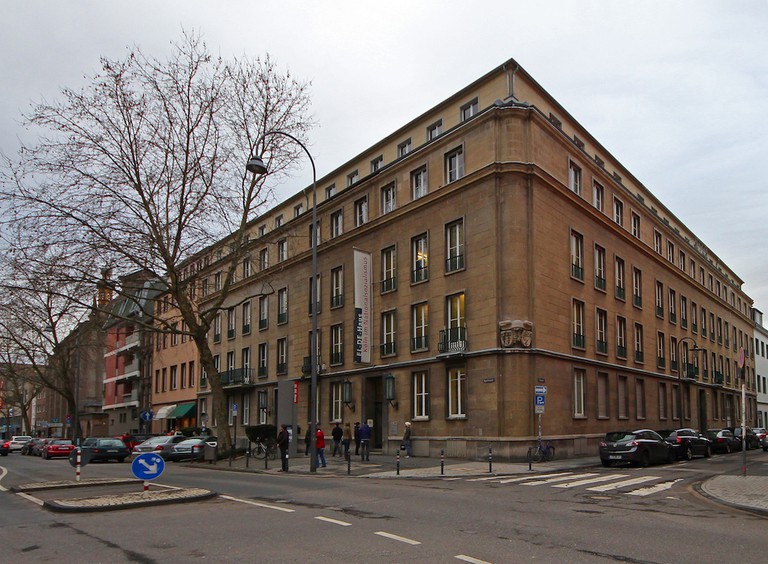 The EL-DE Haus in Cologne |  © A.Savin WikiCommons
Between 1935 and 1945 this building was the headquarters of the Secret State Police of Nazi Germany, the Gestapo. Now the building is home to Cologne’s NS Documentation Center. Media stations incorporate interviews with contemporary witnesses, historical films, newspaper articles, and other resources to document Cologne during the Third Reich. In the basement, former prison cells and torture rooms have been left in their original condition, and inscriptions of former inmates can still be seen on the walls serving as a reminder of the harrowing past.
Open In Google Maps
Cologne, Germany
Give us feedback 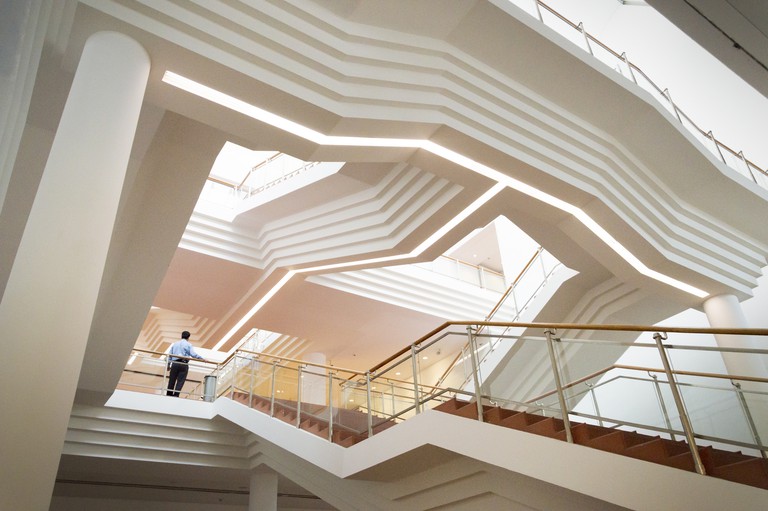 The foyer of Museum Ludwig in Cologne | © Genlab Frank/Flickr
After World War II, Josef Haubrich donated his modern art collection to the city of Cologne, including pieces by Otto Dix, Emil Nolde and Marc Cha­gall. Thirty years later, Peter and Irene Ludwig gifted the city of Cologne another 350 art pieces, on condition that the city would build a new museum. Their donation lay the groundworks for what has become one of the most significant museums of modern and contemporary art in Europe and is a must-stop for tourists. The Museum Ludwig boasts the largest exhibition of pop art outside the US, 900 Picassos, and important works by Andy Warhol, Roy Lichtenstein, Alexan­der Rodchenko, and others.
Open In Google Maps
Heinrich-Böll-Platz, Innenstadt Köln, Nordrhein-Westfalen, 50667, Germany
+4922122126165
Visit Website
Give us feedback 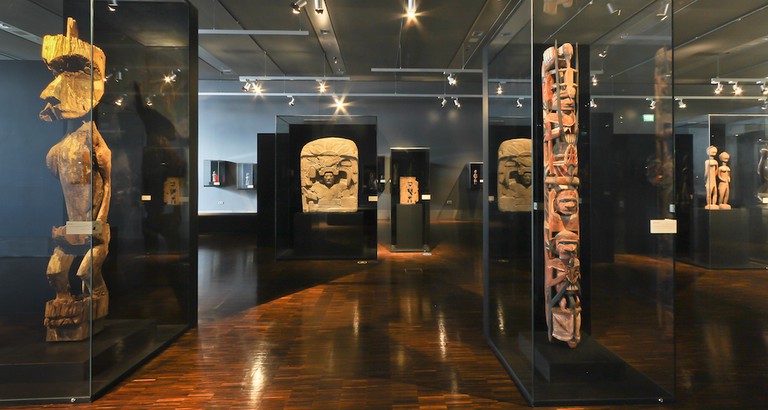 Exhibits of the Rautenstrauch-Joest-Museum in Cologne | © Raimond Spekking / CC BY-SA 3.0 (via Wikimedia Commons)
The ethnographic museum explores the differences and similarities of world cultures in the past and present. Divided into two areas – Understanding the World and Shaping the World – the exhibition looks at all aspects of human cultures, including living concepts, religion and identity. The interactive multimedia displays allow visitors to immerse themselves in foreign cultures and take different perspectives. If you’d like to know the answer to questions such as ‘How does life in the desert work?’, ‘What is the purpose of ancestor figures?’, ‘What made tipis so convenient?’, put the Rautenstrauch-Joest Museum on your list.
Open In Google Maps
29-33 Cäcilienstraße, Innenstadt Köln, Nordrhein-Westfalen, 50676, Germany
+4922122131301
Visit Website
Give us feedback

Museum of the Cologne Carnival 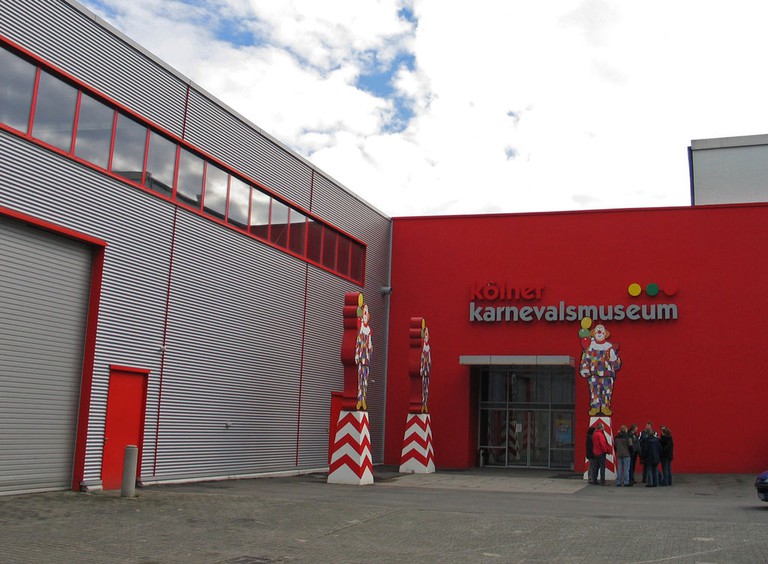 The Museum of the Cologne Carnival | © Superbass / CC-BY-SA-3.0 (via Wikimedia Commons)
Outside the city centre, a museum is dedicated entirely to Cologne’s ‘fifth season’. From the history of the much-loved festival to traditional costumes, recordings of festive songs and explanations of essential vocabulary, the grounds cover all questions both Carnival enthusiasts and novices would ask.The Carnival Museum is open on select days each month and visitors are advised to check the website beforehand.
Open In Google Maps
136, 134 Maarweg, Ehrenfeld Köln, Nordrhein-Westfalen, 50825, Germany
+492215740024
Visit Website
Give us feedback 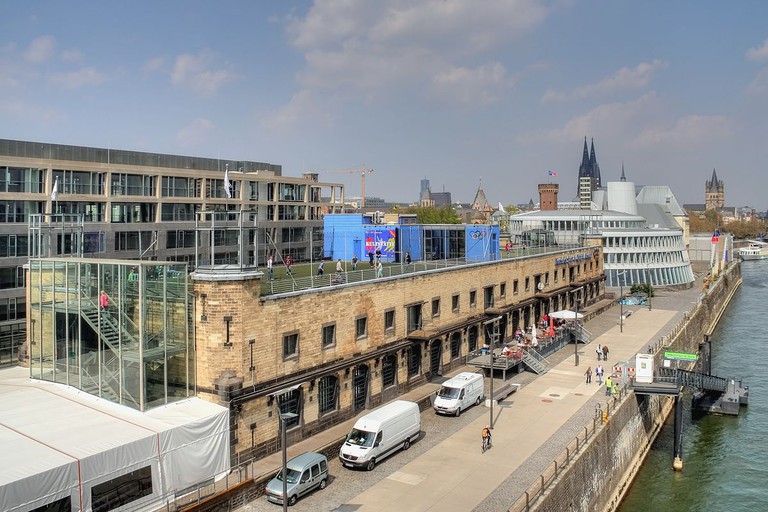 German Sports and Olympic Museum | © Raimond Spekking / CC BY-SA 4.0 (via Wikimedia Commons)
The German Sports and Olympic Museum takes visitors on a journey from ancient Greece to the modern day and remembers leading athletes, triumphs, and defeats in the history of sports. The permanent exhibition features medals, certificates, clothes, sports equipment, including Michael Schumacher’s Formula One Benetton Renault race car, and other memorabilia. A handful of themed areas focus on the Olympics, German gymnastics, and new trend sports, among others. Active participation is encouraged. On the roof, visitors can play football, tennis, and volleyball while enjoying views over the Rhine.
Open In Google Maps
1 Im Zollhafen, Innenstadt Köln, Nordrhein-Westfalen, 50678, Germany
+49221336090
Visit Website
Give us feedback 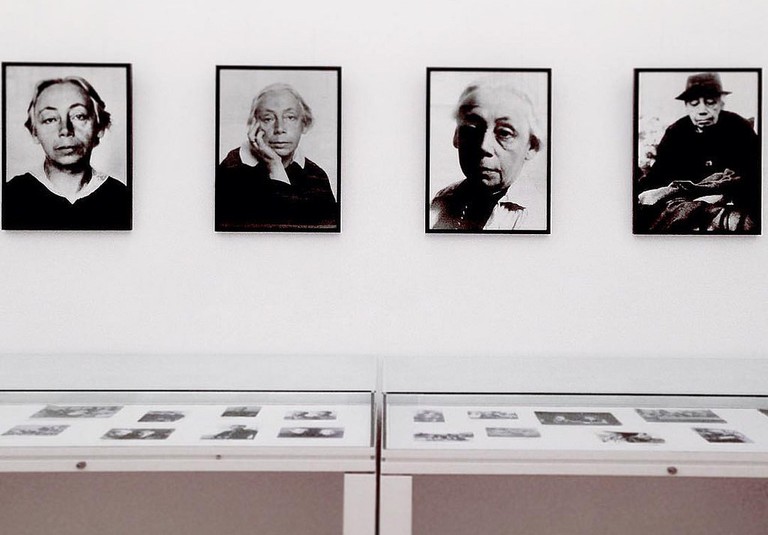 Käthe Kollwitz Museum in Cologne | © Mark B. Schlemmer/Flickr
Käthe Kollwitz is considered to be one of Germany’s most famous artists. Her work approached sombre topics revolving around death, war and poverty, as well as brighter subjects, such as love and the longing for peace. On display at the museum are drawings, prints, posters and sculptures. Changing special exhibitions explore aspects of the artist’s life and work in greater depth.
Open In Google Maps
18-24 Neumarkt, Innenstadt Köln, Nordrhein-Westfalen, 50667, Germany
+492212272899
Visit Website
Give us feedback
Give us feedback