10 Best Museums And Galleries In Düsseldorf

Düsseldorf, the capital city of the German state of North Rhine-Westphalia, is not only an international business and financial center renowned for its fashion and trade fairs, but it’s also a city with a long history, rich art and a lively culture. Take a look at the 10 best museums and galleries to visit while in the city. 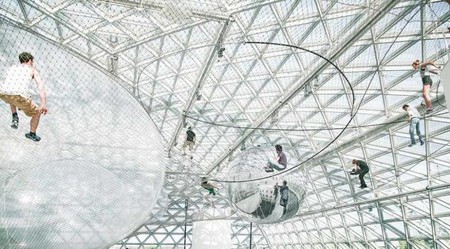 Kunstsammlung | © Tobias Steinhoff/Flickr
Kunstsammlung is a museum of modern art which is worth visiting. It is divided in two separate museum buildings, K20 and K21. The museum features temporary and permanent exhibitions of German and international art, offering impressive modern installations and interactive displays. The artists whose works you can see displayed at the museum include Kandinsky and Picasso. The permanent exhibitions include works of expressionist and impressionist painters. If you feel thirsty after visiting the museum, check out Pardo Bar, with its arty interiors exploding with color. 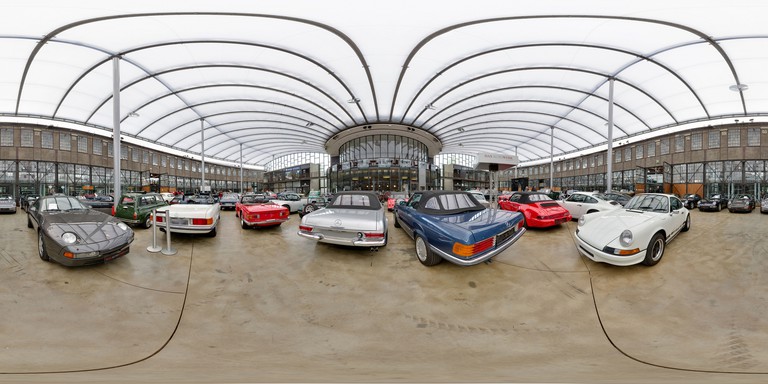 Classic Remise | © Klaus Pagel/Flickr
The Classic Remise Düsseldorf is a museum and center for vintage cars situated in a historic roundhouse for locomotives. The collection of classic and luxury vintage cars on display in the museum is truly impressive. Garages, shops for spare parts, clothing, model cars and accessories can all be found within the building. The old industrial architecture in combination with the collection of historic vehicles will guarantee a unique automotive experience in the second classic car center of this kind in the world, the first being in Berlin. In case you need some refreshments after the walk around the museum, there is the Bistro and Beer Garden ‘Hebmueller,’ offering various snacks, drinks, and small meals. What’s more, the admission to the museum is free.

Museum, Park
Facebook
Email
Twitter
Pinterest
Copy link
Share
Map View
Eager to learn about our ancestors, the cave men, and go on a little journey back in time? Then be sure to visit the Neanderthal Museum in Düsseldorf. The museum is mainly targeted at families with small children but it is also fun for adults to refresh their knowledge on the prehistory. In addition to models of Neanderthal people dressed in skins and clasping spears, there is also an example of a Neanderthal man dressed in a 21st-century suit which adds a fun touch to the exhibition. There are audio guides available in both German and English, and the exhibits are informatively labeled in both languages too. 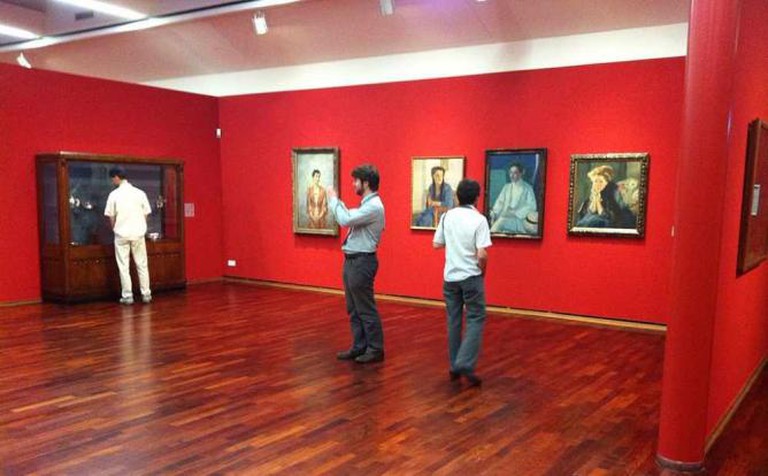 Museum Kunstpalast, Düsseldorf | @ Museum Kunstpalast | © Kippelboy/WikiCommons
The Museum Kunstpalast is an eclectic museum focused on glass craftsmanship. The quirky glassware exposition relates the history of glass as a decorative art form from ancient times to the present day. The museum also hosts other permanent non-glass-related exhibitions of paintings of old masters and modern paintings, mainly German but featuring some international artworks as well, including a whole room dedicated to the paintings of Rubens. The museum also holds some specialized art and photography temporary exhibitions on a regular basis. 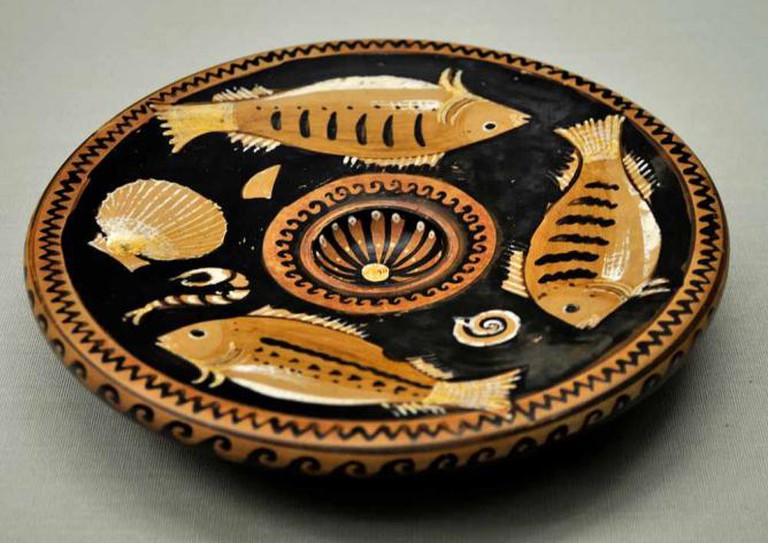 Hetjens Museum/Deutsches Keramikmuseum, Düsseldorf | @ Hetjens Deutsches Keramikmuseum | © DerHexer/WikiCommons
Hetjens Deutsches Keramikmuseum is a truly impressive, centrally situated museum which focuses on the evolution of the art of ceramics throughout the centuries. The huge collection of exhibits from ancient to modern times will be interesting even to visitors who aren’t necessarily antiques specialists, as it contains not only ‘pots and plates’ but also some quirky objects like a life-size ceramic turkey figure or another life-size sculpture of a girl dressed in modern clothes. Dedicate enough time to visit the museum, the exhibits are worth at least a two-hour tour. 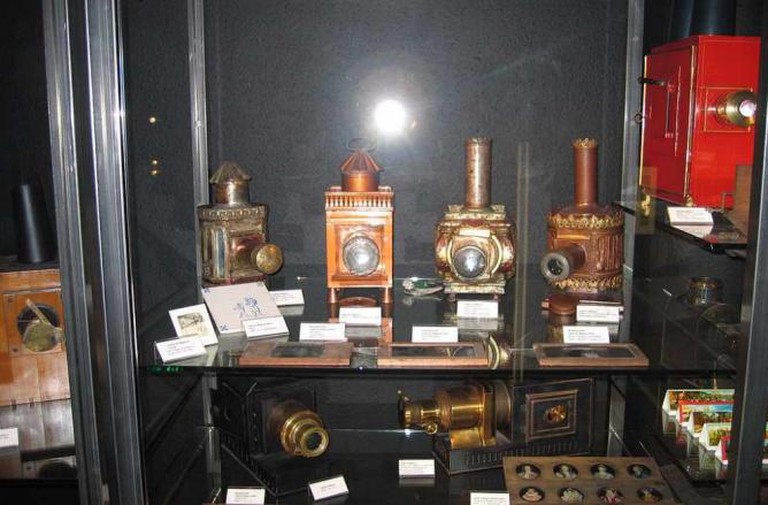 Filmmuseum Düsseldorf, Düsseldorf | @ Dusseldorf Film Museum | © kodiak/WikiCommons
Düsseldorf Film Museum is a paradise for cinema enthusiasts. Situated in the heart of the city, on the banks of the river Rhine, this interactive museum provides an insight into the world of cinema, from its earliest beginnings to the present day. The permanent exhibition tells the history of film, presenting a selection of rare vintage film technology items. Camera obscura and laterna magica from the 80s, film projectors and cameras from the early 20th century to the present day, set models, stage designs, props and costumes can all be admired by connoisseurs and newbies alike. There are also a replica film studio and a special effects section that give an insight into current movie making. Aside from its permanent exhibition, the Filmmuseum hosts a vast archive, a library and a cinema with daily screenings. One of the only four remaining Welte-Cinema organs is used to accompany silent movies. 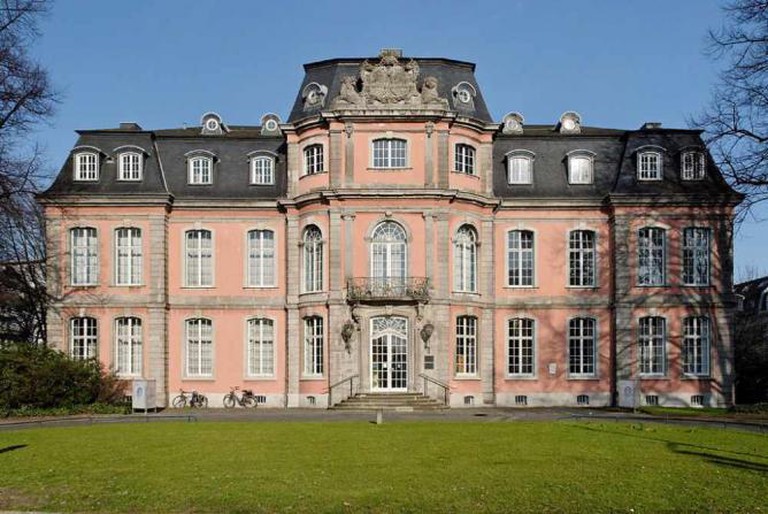 Goethe Museum Dusseldorf | © Jörg Wiegels/WikiCommons
For literature and German culture enthusiasts, the Goethe Museum, situated in a beautiful historic building, is a must-see. The collection of Goethe memorabilia collected in the museum is truly impressive. The museum provides a lot of information about Goethe and the historical context in which he lived, and there is an interesting feature where the rooms are painted in a special color to reflect certain periods of the writer’s life. The only downside is that the museum is not currently adapted for non-German speakers since nearly all the information is presented in German only. 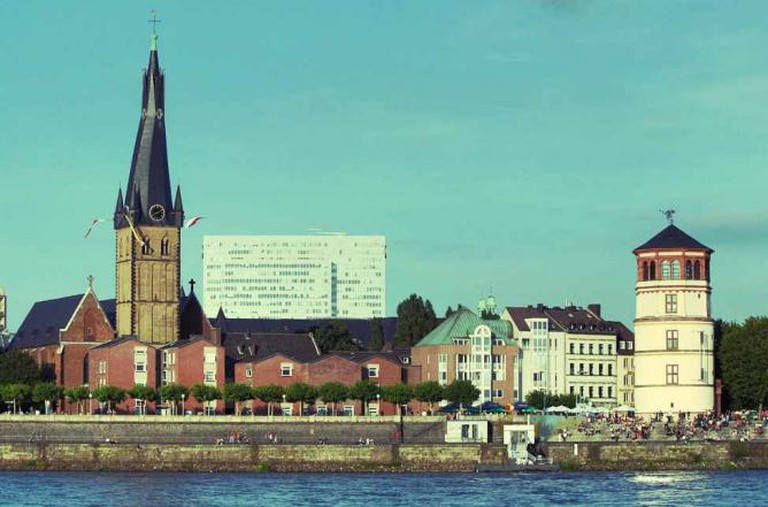 Schifffahrtmuseum Dusseldorf on the right | © Till Niermann/WikiCommons
Situated in Düsseldorf’s historic Old Town, this museum plunges into the history of Düsseldorf, the Rhine and maritime commerce. It is located in the last remaining tower from the old Düsseldorf castle. The exhibition starts at the bottom of the tower and goes all the way up to the top, illustrating different stages of the city’s history. The modernization of shipping is illustrated by countless ship models in excellent detail. There are many interactive displays that kids will love, such as the simulated ship navigation. After your tour in the museum be sure to have a drink at the upstairs café while looking over the romantic river scenery below and watching the ships sail past. 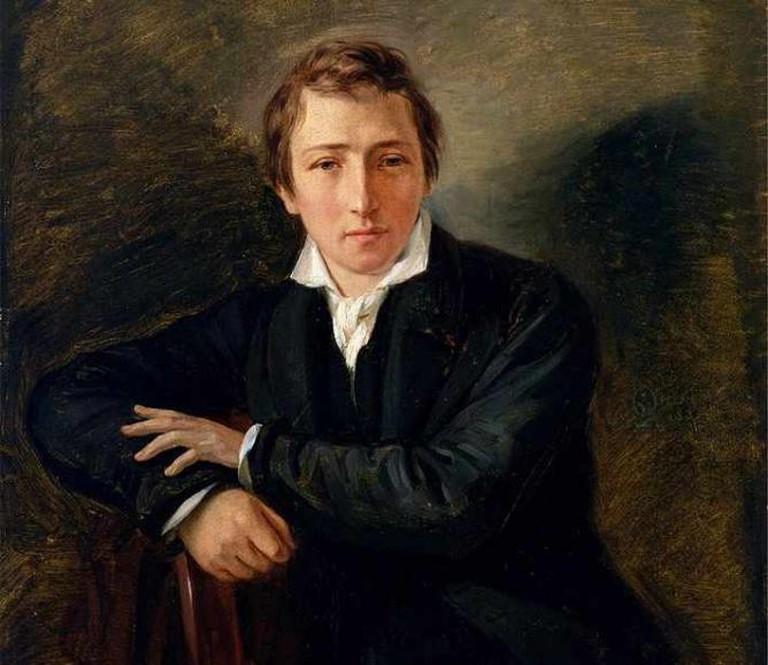 Heinrich Heine | © Trzęsacz/WikiCommons
Another centrally situated museum, Heinrich Heine Institute delves into the 19th-century German poet Heinrich Heine’s life and works. It is structured in an old-museum style, with lots of transparent desktops with information cards and small items displayed. There are also a few interactive stations designated for a younger audience. This is a great place for literature enthusiasts who will learn many fascinating facts about the poet’s life. 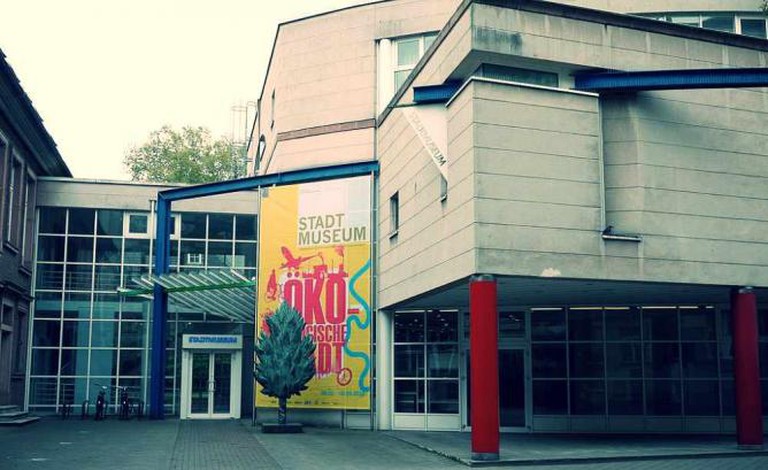 Stadtmuseum | © RalfHuels/WikiCommons
The Stadtmuseum is a museum dedicated to the history of Düsseldorf, presenting it in a large exhibition including objects of historical importance, paintings by German masters and more. Stadtmuseum tells visitors about the history of the city from ancient times to the modern day. Special exhibitions on architecture, fashion, art, photography, music and film focus also on the city. The museum is the oldest museum in Düsseldorf, dating back to 1873.