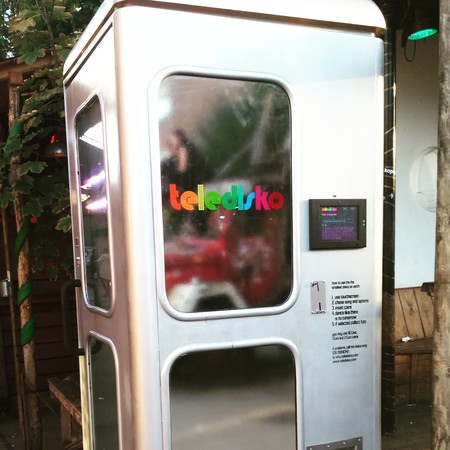 Remember pay phones? These old conveniences are quickly turning into anachronisms. Luckily, there are many different initiatives to reclaim these spaces and convert them into something more useful. Our favorite of such projects is by far the teledisko: a tiny disco that attracts large numbers of people. 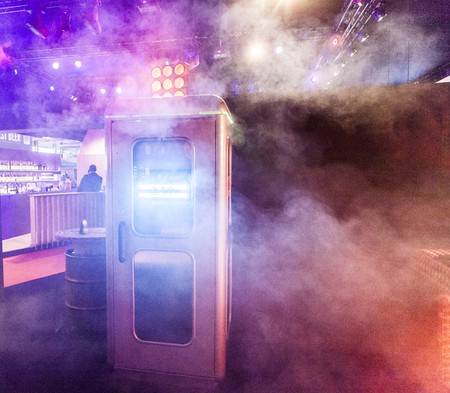 Telediskos are essentially tricked out phone booths where people huddle in, choose their favorite songs from a touch screen, and jam out. From the outside, these colorful little booths certainly appear mysterious as group after group exits with giddy, delirious smiles on their faces. While at first it might seem like a strange way to utilize an old phone booth, the small space creates an atmospheric experience that’s irresistibly fun. 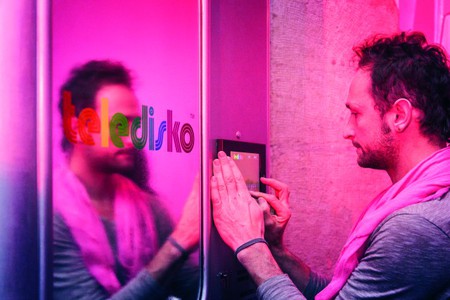 Operating the teledisko is easy because everything is automated. All people have to do in order to begin is put in their two euro coins and select a song. Upon doing so, the doors will open, and the party starts. The booth is locked from the outside, allowing the inhabitants the freedom to truly dance like no one is watching. Typically, the discos fit three people at a time. 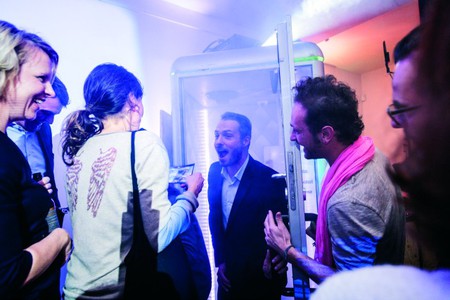 For those who are still having a hard time getting into this teeny dance party, the teledisko includes many of the same features as a regular-sized club, including a fog machine, strobe lights, a disco ball, and other fun effects, all of which are under the dancers’ control. Like any conventional photo booth, it is also possible to take a strip of four photos. It is also feasible to record a video (retrievable via download link) of the dance party so that groups can immortalize the good times. Each of these options costs an additional two euros, however. 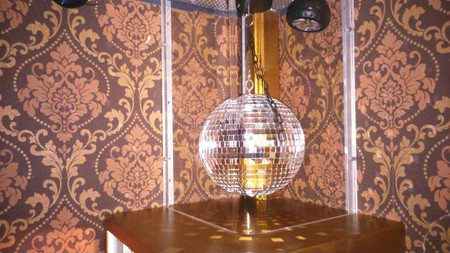 There are currently three telediskos in Berlin, two of which are located in the heart of the city’s nightlife scene in the Friedrichshain-Kreuzberg area, each about equidistant from Berghain. The third teledisko travels from one location to the next, so keep an eye out! This mobile disco is also available for rent. The petit booths currently come in yellow, pink, and silver. 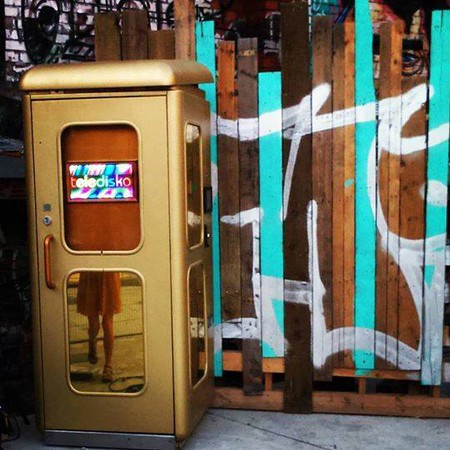 The eponymous startup behind this venture assures us that more telediskos are on their way. Prototyped in the nightlife capital of the world, these discos are also cropping up in cities like Paris, London, and Vienna. This is the perfect venue for shy dancers and novelty seekers alike.