Step Aside Rio, We Might Just Have Found Europe's Carnival Alternative 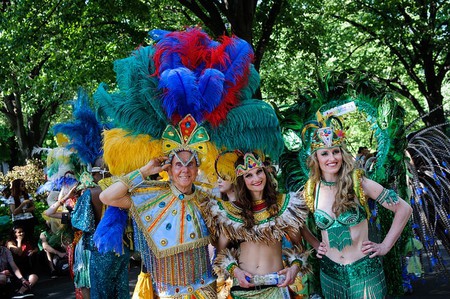 Every year in spring, the streets of the German capital light up with a mixture of costumes, colour and music for its free, four-day carnival festival. Celebrating multiculturalism in Berlin since 1996, Carnival of Cultures is the Kreuzberg street party that engulfs the neighbourhood in a colourful expression of cultural diversity. Here’s everything you need to know. 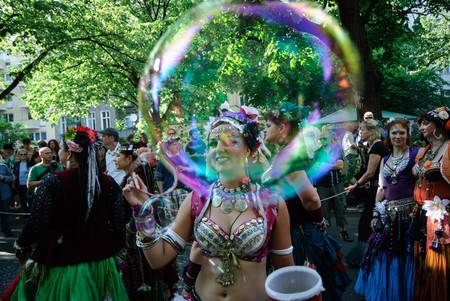 For four days during the Pentecost, the Carnival of Cultures ignites the streets of Kreuzberg with an open, unrivalled energy. The street festival takes place at Blücherplatz and invites over 5,000 performers from all over the world to come together and celebrate multiculturalism in the city. Several stages lining the streets host an amalgamation of DJs, artists and performers from international bands and Berlin’s world music scene, while stilt walkers, acrobats, face-painters and magicians delight festival-goers with entertainment within the sprawling, people-packed space. Mixed among the cultural festivities are roughly 300 market stalls, offering an ethnic mosaic of culinary temptations and well-priced drinks, as well as locally made and culturally significant arts and crafts. The four-day blaze of colour and sound creates an atmosphere of acceptance, love and freedom on the streets of Kreuzberg. 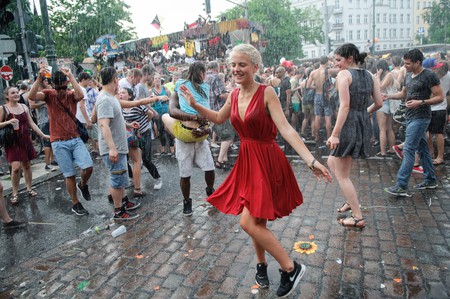 The festival peaks on Pentecost Sunday with a vibrant parade, which snakes 4 km (2.5 miles) through Kreuzberg. Featuring thousands of colourful and costume-clad dancers, musicians and performers from across the globe, the electric procession draws in about half a million visitors each year. Kicking off around noon, diverse dance groups are followed by trucks playing music from Brazil, to Angola, Ireland, Jamaica and more in a visceral display and energy that rivals even the most well-established carnivals. But, more importantly, among the blend of fun and excitement, the Carnival of Cultures has a powerful message for visitors and locals. 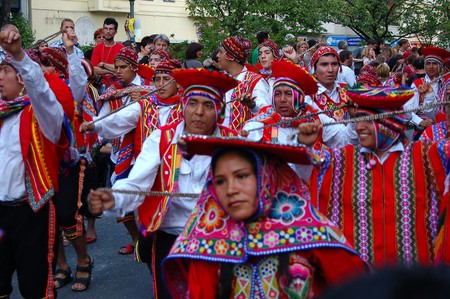 The annual Carnival of Cultures is regarded as a platform for cultural expression and acceptance. Breaking down the boundaries that separate nationalities, genders and generations, festival organisers attest that ‘the Carnival of Cultures is open to everybody and all forms of cultural expression.’ In an era of growing nationalism, Berlin’s annual multicultural carnival is as important as ever – it offers a peaceful, yet defiant display against populist rhetoric, showing that community flourishes in diversity.