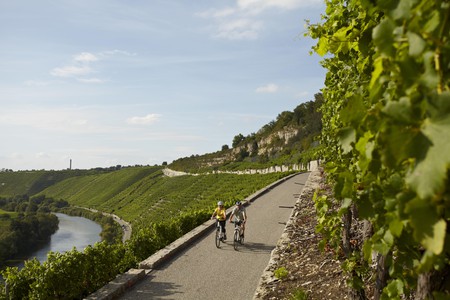 SouthWest Germany includes the pristine mountains and the luscious green of its national parks, with hoppy aromas of local ale, as well as decadent cakes and pastries offering sustenance along the way. The Danube Cycle Route is one of Europe’s most popular, excellent for casual cyclists or families with children. 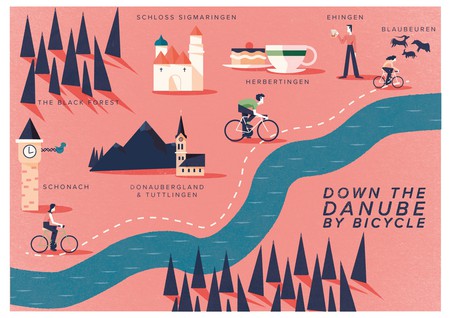 What is the Danube Cycle Route?

Starting out in SouthWest Germany, the River Danube flows for over 1800 mi. (2,900km) – straight through the heart of Europe, before finishing in Romania and spilling out into the Black Sea. The Danube Cycle Path follows the continent’s second longest waterway for much of its length, passing through 10 countries in total, including Germany, Austria, Slovakia, Hungary and Romania.

There is plenty to see along the way – from beautiful landscapes, to culturally significant landmarks and world heritage sites. The quiet country roads, dedicated paths and mostly flat terrain make it perfect for cyclists of all abilities. 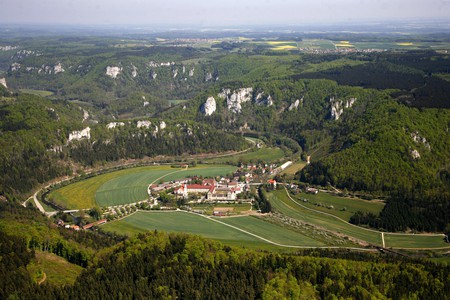 Where in Germany is it?

From the Danube’s source in Donaueschingen, within the Black Forest, it broadens and begins to meander through the spectacular woods and farmland of Baden-Württemberg, before cutting through Bavaria and into Austria. In total, 600km (373 mi.) of the Danube runs through Germany, but the highlights of the cycle route are predominantly at the beginning, in Baden-Württemberg.

Why head to Baden-Württemberg?

SouthWest Germany is the cradle of the bike. It was invented in 1817 in Mannheim, and so is celebrating its 200-year anniversary this year – what better reason to pay tribute to its birthplace?

Given the sheer length of the route, the vast majority of cyclists choose to take on a specific section, rather than the entire route. The location of Baden-Württemberg includes a spectacular range of scenery, with luscious woodland and the Black Forest, and mountains close to the borders with France and Switzerland. As well as natural beauty, the area includes beautiful Baroque architecture, Bronze Age villages and some of the best breweries that Europe has to offer. 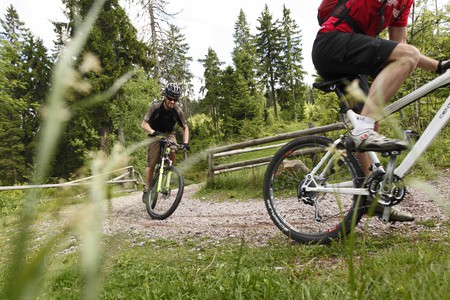 Hit the slopes on time

The beginning (or the end, depending on where you start) of the Danube Cycle Route sits near Furtwangen, a city located in the Black Forest. Genuine, traditional Black Forest heritage is provided through the German Clock Museum and the world’s largest cuckoo clock in the town of Schonach. It stands 15 feet across (4.6 metres), weighs six tons, and features a cuckoo, which appears on the half-hour, weighing in at 330 lbs. (150kg).

The mountainous area of Donaubergland is brilliant for hikers and climbers. If the time in the saddle isn’t providing enough of a challenge, then any of the eight hiking trails in the area offer an active alternative. Everything is clearly signposted and the paths are well graded so that you can handpick the routes that suit. Further down the cycle route, there are other hiking opportunities – as well as a treat for history buffs – near Herbertingen, where you can hike, cycle and paddle around one of Europe’s most important archaeological sites; a citadel from the 7th–5th century BC that was the seat of a Celtic royal family.

Both the Black Forest Highlands and the Upper Danube Nature Park offer brilliant options for hiking, with the latter including rugged cliffs and 500km (311 mi.) of trails, while the river is ideal for canoeists and kayakers. 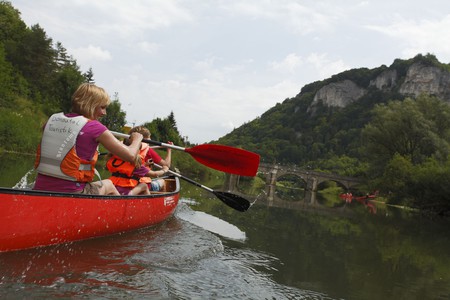 Or, as it’s known locally, Kaffee und Kuchen. This part of the country boasts the traditional cake, Donauwellen, which translates directly as ‘Danube wave’. The vanilla and chocolate cake is flavoured with sour cherries, buttercream and cocoa, and along with a cup of coffee offers the perfect post-cycle treat, especially while sitting in one of the local medieval town squares in the area.

Unsurprisingly, the standard of local beer in SouthWest Germany is excellent. Part of the cycle route takes riders through the city of Ehingen, which boasts four historic breweries alone, offering 43 different beers, as well as seasonal offerings. Choose as much or as little as you like, have a swift sip or get involved in any of the museums, tours and brewing workshops available, and if you’re looking for some extra guidance download the Ehingen app, for a Beer Culture Hiking Trail or even stay in the world’s first BeerCulture Hotel.

Step back in time

In Tuttlingen, head to the romantic ruins of the 15th-century Honberg Castle and the protestant parish church, as well as the oldest Art Nouveau church in SouthWest Germany.

Schloss Sigmaringen is Germany’s second largest castle within a city, and still belongs to the Hohenzollern family. Fans of art can take a look around the grand galleries, full of antiques, paintings and porcelain. Those of a more abrasive inclination can view the huge collection of weapons, from medieval era to present day. Along the cycle route, the sign featuring the yellow cherub on a green background highlights the area’s baroque heritage, full of romantic castles, abbeys and ceiling frescos.

Pass through the town of Blaubeuren and riders can go back as far as the Palaeolithic era. The Urgeschichtliche Museum features the oldest example of figurative prehistoric art in the world, Venus vom Hohlefels. Cycle on a little further to the Ulm Museum and you’ll get to see the 40,000-year-old ‘Lion Man’, one of the world’s earliest figurative sculptures. 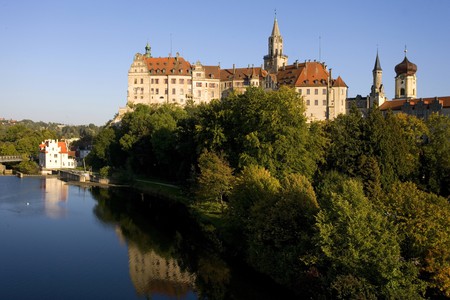 A beautiful cycling holiday tour along the Danube River can be found on the website of UK-based cycling-holiday-specialist Whereabouts Holidays.