A Close Look At Oscar-Winner 'Son Of Saul'

Son of Saul, directed by the 38-year-old Hungarian László Nemes, is a harrowing tale that has taken home the Grand Prix, an Oscar for Best Foreign Film, and other supreme accolades. The film, set in 1944, takes viewers to a world dominated by the Nazi regime, more specifically the concentration and extermination camp, Auschwitz. In a departure from Holocaust films like Schindler’s List, Son of Saul captures a side of the camps that is seldom highlighted.

Many films have attempted to grapple with this amorphous maelstrom of intense human calamity. In one regard, so much has to be honored. It becomes a feat to represent such a weighted period in history. A feat Nemes takes on gracefully. In another regard, one focuses through the lens of film. How can a movie be both poignant, horrifying yet breathtaking, and set itself apart from the likeness of films tackling the same subject? Nemes wields these interrogatives with aplomb. 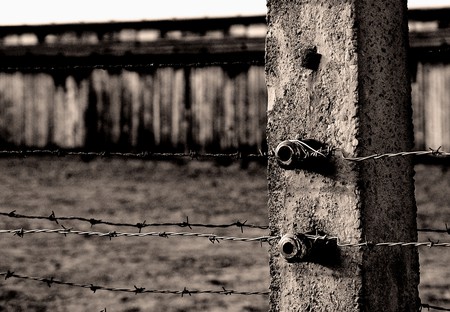 The films opens on Saul Ausländer (Géza Röhrig), a Jewish-Hungarian prisoner in Auschwitz, in October 1944. He is a member of the Sonderkommando, the prisoners engaged to dispose of corpses, usually at the threat of their own lives. Part of the reasoning for this was to destroy evidence of the Holocaust, as if such atrocities could be mitigated. They were often given tiny privileges in return for their service, like slightly better living conditions. In this film, Saul was one of those men who burned the corpses. Despite the tangental nature of these acts, these men were often ostracized for their participation, especially after the war. Historically, there was an uprising at Auschwitz of the Sonderkommando in 1944 that the film weaves into its narrative.

It’s because of this job that Saul comes across a corpse he takes to be his son. The boy appears to still be breathing, so Saul is ordered to take him to an autopsy where he begs the doctor not to do it, in order to give his son a proper Jewish burial. Saul then is in search of a rabbi to perform this holy act. His obsession fuels his actions throughout the film. Saul is a phlegmatic man whose anguish can be felt as the audience shadows him in this tale.

The camera is glued to Saul, shot mostly in close-ups, and the audience is irrevocably with Saul every step of his journey. The immediacy insinuated by the camerawork is palpable. The focus of the shot continuously with Saul creates a hurried feeling that ostensibly throws the audience into the present tense.

He also uses a shallow technique that mars out what is not immediately visible to Saul, despite our propinquity to the macabre, the interesting camera work mostly keeps audiences at bay. The frame of what we see is more narrow, emblematic of the reality in these claustrophobic camps. The style of shots in the film echo closely to the subject matter at hand – proving that it’s the sum of acting, storyline, and filming technique that enables a film to do what Son of Saul has done. It evokes, it tells a delicate story with integrity, and it keeps our eyes assiduously cemented to the screen.