The Top Food Traditions In Germany

From how to drink in a group to what time you can eat sausages until, German culture is chock-full of traditions surrounding food. While the origins of some customs still remain unknown, others stem from historical points in time hinting at why Germans began to do as they do so many years ago. We take a look at the interesting habits involved in eating and drinking that make this culture and its people so unique. 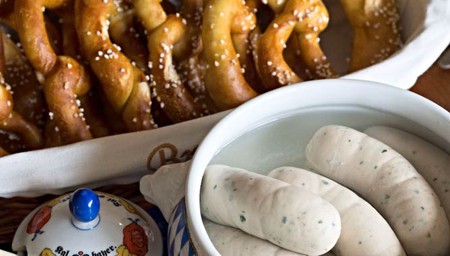 It’s no secret that Germans like their sausages, and it’s for good reason – the variety and availability of it when you step onto German soil is astounding. Ranging from classic fried Bratwurst to tangy Currywurst, there is no lack of choice when it comes to sausage in Germany. Germans may eat sausage morning, noon and night and pair it with a wide variety of dishes. Yet there is one custom around the Bavarian Weisswurst that dictates a particular time of day when this sausage can be consumed.

The Southern Germans believe that Weisswurst is to strictly be eaten as a breakfast food before noon, with several restaurants in the region even refusing to sell it off the menu to eager tourists and patrons after 12pm. It’s a common saying in the Bavarian region and home of the Weisswurst that the sausage ‘should not hear the twelve o’clock bells’. While the origin and reason for this belief is not entirely known, it’s said that the reason stems back to the creation of the Weisswurst and that in order to preserve their freshness after being made in the early hours of the morning, they were thought to be at their best when consumed before the afternoon.

Typically served up with a soft pretzel and sweet whole-grain mustard, the boiled Weisswurst is made mostly from veal with a mild flavor and pale coloring. Before being eaten, Weisswurst must be peeled to remove the outer casing. Even the method of removing the skin of a Weisswurst has long been the topic of debate between many passionate Bavarians. However, coming from the land that prides itself on it’s pure fresh beer, it’s fitting that a Weisswurst meal is only complete with a Hefeweizen to wash it down. 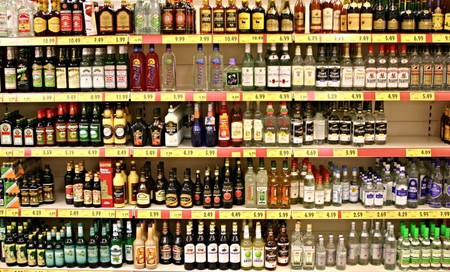 The Healing Power of Schnapps

After indulging in calorific heaps of meat and carbs, what could serve as a better digestive for the system than a few ounces of Jagermeister or Obstler? Normally served after heavy dinner meals, drinking schnapps has earned its place as one of the most commonly practiced German customs. Not just for having after meals however, throwing back a shot of schnapps is considered by many Germans as a perfectly viable solution to the problem of digestive issues – perfect for someone who is suffering from an unsettled stomach. Many blends of schnapps include herbs and spices, and can be based on a variety of fruits such as pear, plum, or cherry. The pairing of medicinal herbs with the strong power of hard alcohol is an effective treatment in the eyes of many Germans who would much rather trust in a bottle over pharmaceuticals when their systems are in need of a boost. 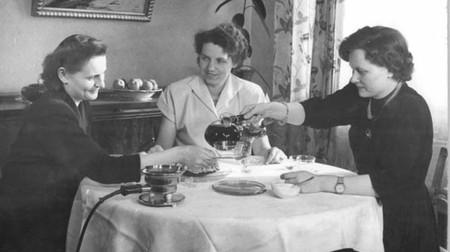 Kaffee in the 50’s | © BArchBot/Wikicommons

The unofficial fourth meal of the day, Kaffee und Kuchen, or Coffee and Cake, is to Germans a time in the middle of the afternoon between meals to take a break and enjoy a steaming cup of coffee or tea with a slice (or two) of cake or fresh pastry. Not just a caffeine pick-me-up at the point in the day when we normally need it most, this ritual in Germany tends to be slowly enjoyed and savored, for anywhere up to an hour. Typically done on Sundays or weekends, it’s a social custom in Germany, bringing together family and friends either in someone’s home – where the host provides the coffee and what is often a variety of cakes – or at a cafe or coffee shop. German cakes tend to be heavily steeped in cream and served with lots of fruit and if it’s not possible to make them at home, they can easily be purchased from the endless bakeries that can be found on so many street corners. Unsurprisingly, it is a beloved ritual for many Germans. 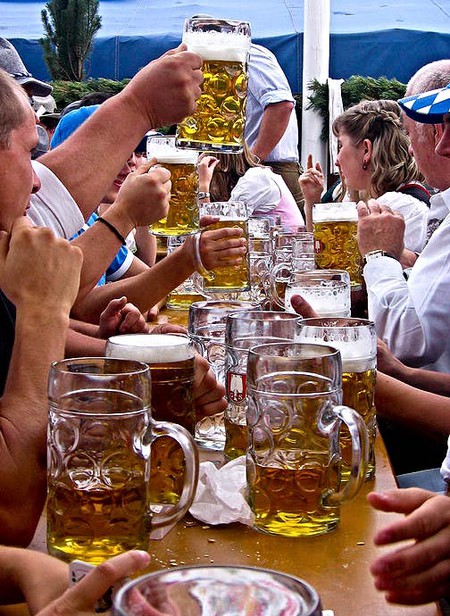 Of all the customs mentioned on the list, this one is perhaps the most serious when it comes to following cultural norms. While its typical in many cultures to toast those around you, to the Germans its considered a serious no-no to not clink glasses with each and every person while making eye contact and say ‘Prost’ before drinking. Toasting in these scenarios also isn’t reserved for just the first or the last sip. If you’re ever caught in a circle of Germans who are drinking, you can expect to take a sip every few minutes so you better hope your drink is not too potent. Not acknowledging each person with an eye-to-eye glance and stern head nod while you toast is considered rude, even if it means tapping 18 glasses around you before taking a drink. Aside from being a widely observed cultural practice, it’s a common saying often repeated by Germans that not making eye contact with those you toast will bring ten years of bad love-making. Perhaps it’s no wonder why this unofficial rule is taken so seriously. 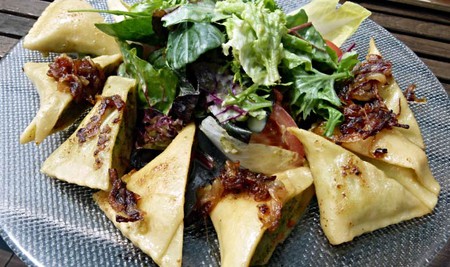 Literally translated as ‘mouth bags’, maultaschen is a delicacy that comes from the Southern Swabian region of Baden-Wurttemberg. This dish is often compared to Italian ravioli or Japanese gyozas as it is comprised of an outer layer of pasta dough, filled with meat and vegetables. There are many variations, with varying ingredients and methods of preparation such as frying or boiling and being served either whole or cut into pieces. The origin of maultaschen comes from three possible legends, with the most popular belief being that they originated in the 17th century during the 30 Years’ War, when the Catholic Swabians were forbidden to eat meat on Fridays. Determined to get around this rule, Maultaschen were created by the monks to conceal the meat by not only chopping it up and mixing it with vegetables but also by concealing it in a pastry thus keeping it hidden from the watchful eyes of their God. While Maultaschen are enjoyed by Germans on every day of the week, it is this widely acknowledged legend that has given this dish the nickname of ‘God’s little cheaters’. 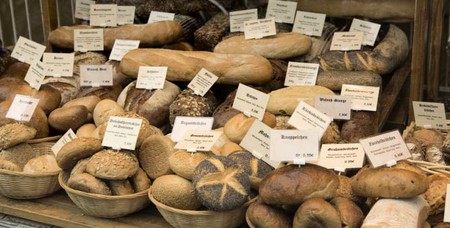 The last custom on the list involves another food that Germans are very proud to produce, and they produce it in abundance. Bread is the staple food of Germany, so it seems fitting that there is a traditional custom involving it that has remained in practice over the ages. Bread and salt are a representation of prosperity in Germany, so much so, that in the Northern region there’s a tradition of putting both items into the diaper of a newborn child. As for the rest of the country, this pairing of bread and salt is given either at weddings to the newly betrothed to symbolize a lasting alliance, or as a housewarming gift to a couple moving into a new home to invite success and fertility. In both of these cases it’s seen as a greeting or welcoming gesture to those who receive it, and is meant to be eaten and shared as a meal. Despite the simplicity of this food, in the German culture it serves as a strong symbol of luck.