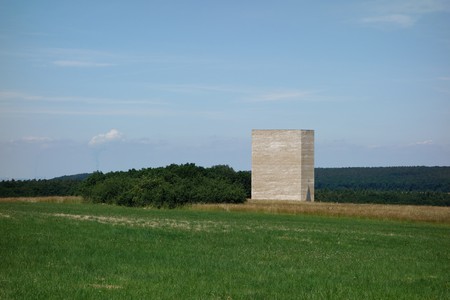 If credibility is established by the number of awards received, then architect Peter Zumthor has the ‘royal flush’, despite the fact that he has completed relatively few projects in nearly four decades. He has garnered tremendous acclaim for buildings such as the Therme Vals of Switzerland the Bruder Klaus Field Chapel in Germany, which demonstrate his holistic approach to design. His modest yet powerful structures rank him among the most evocative architects of the 20th and 21st century.

‘Reserved’ is a word commonly associated with Peter Zumthor, but the 74 year old denies the popular notion that he is a loner cloistered away in the mountains. Similarly, he denounces trendy misnomers such as ‘mystic’. Instead, Zumthor lives a simple, but busy, life. The architecture resides in the small village of Haldenstein in the Swiss Alps, where his career is maintained by the help of over 15 colleagues and assistants, as well as his wife. This peaceful, remote region, is not unlike the locations of many of his projects, providing a conducive work environment to test notoriously elaborate models. In a digitised age, Zumthor’s hands-on approach can be attributed to an upbringing as the son of a cabinetmaker – through which he cultivated an acute eye for detail. 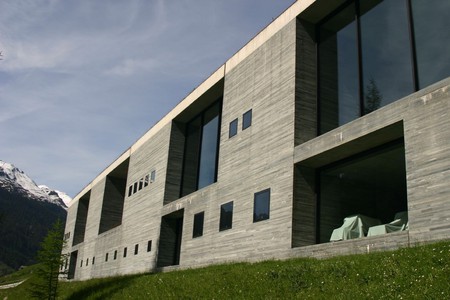 Zumthor designed an assignment for students at Harvard that asked them to create ‘a house without a form’. The assignment proved hugely successful, in which the students used smells, sounds and words to convey their designs, intended for someone with whom they shared a close, emotional relationship. This objective is in-keeping with Zumthor’s design philosophy, which centres on feelings rather than forms. The Thermal Baths (or Therme Vals), largely considered to be his magnum opus, reflect this emphasis on spirituality over superficiality. Built into the mountains of Vals, Switzerland, the spa is an intelligently designed system of passageways that Zumthor compares to a walk in the woods. ‘Moving around this space means making discoveries. Everyone there is looking for a path of their own,’ he explains.

Zumthor has been described as using materials the way a poet uses words. His work is the architectural equivalent of haiku master Matsuo Bashō: stark minimalism saturated with natural energies. Walking along the fields of Mechernich, Germany, you may not even spot his chapel, Bruder Klaus, poised as if it had always been there. From the exterior, his buildings have an unassuming presence that merges with the surrounding landscape, while the interior functions as a portal for a total sensory experience. Made of 112 tree trunks, the insides of Bruder Klaus were poured over with cement and set on fire for three weeks, leaving behind fragrantly charred walls. The walls converge to reveal an opening to the sky, where rain and snow enter naturally. Water collects directly below in a shallow pool where an altar would stand, and on a sunny day the oculus creates the imagery of a star.

In 1993, Zumthor’s design won the chance to create a museum in Berlin where the Gestapo headquarters had been located. Upon visiting the site, he realised he could not create something on par with such an emotionally charged place, nor could he do justice to the destruction of a democracy, and millions of human lives. His Topography of Terror was to be erected as a building of ‘no meaning, no comment’. However, delays and funding issues brought construction to a halt, and it was ultimately discontinued. On speaking about the abandonment of this plan, which was more than 10 years in the making, Zumthor told The New York Times Magazinethat he felt it was an ‘emotional catastrophe’.

A portfolio unlike any other

An esoteric architect, Zumthor’s projects are typically of a much smaller scale than those of his contemporaries. The architect has a incredibly diverse (and eccentric) portfolio, which includes: a memorial for 90 people accused of being witches, a residential home for the elderly, a pavilion that encloses a garden of wildflowers, a chapel to replace its predecessor that had been destroyed by an avalanche, and a house for actor Tobey Maguire. Zumthor dismisses most interviews, and the ones he accepts are enforced with a strict face-to-face policy. Even the information he wishes to convey, professionally or otherwise, is imparted with caution. He has only recently decided to throw the public a bone and create a homepage. ‘It will probably be a one-page website, with no images, and with text simply explaining the office philosophy: what we do and what we don’t want to do.’ This is a man who prefers his buildings to speak for themselves.

Steilneset Memorial, Peter Zumthor’s memorial for a group accused of being witches | © Stylegar / Wikicommons
Give us feedback