Berlin’s urban landscape is now punctuated by an ever-growing array of monuments dedicated to the Holocaust. These public art installations have proven remarkably controversial, and they certainly defy conventional sensibilities. The memorials are often puzzlingly mundane or even inescapably ugly. Nonetheless, digging deeper into the issues lying at the heart of Holocaust memorial art can illuminate these rather impenetrable monuments and the culture that created them. 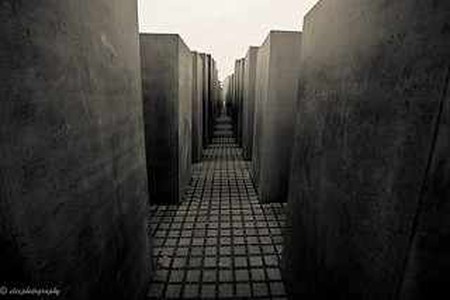 Memorial to the Murdered Jews of Europe | © Esther Lee/FLICKR

The task of developing an aesthetic style suitable for memorializing the Holocaust in a way that is neither reductive nor sentimental, inevitably runs up against some highly sensitive and paradoxical issues. How should memory artists confront the national collective duty to commemorate the victims of crimes born out of extreme nationalism? Artists have also had to grapple with deeper moral qualms about aestheticizing the unspeakable suffering of Holocaust victims. Indeed, they face skepticism about the possibility of sufficiently representing the Holocaust at all — especially through artistic form. What’s more, the systematic ideological abuse of public art in recent history has generated a moral aversion towards the use of traditional monumental forms. Unsurprising then, is the demand for new visual expression that explores new modes of representation and even challenges the very concept of ‘memorialization.’

One particularly creative response to the problems of Holocaust memorialization has been a reliance on ‘affective monuments,’ as an alternative to direct artistic representation. These rely on inducing visceral and emotional responses in individuals, which are to serve as starting points for forging a more private, personal connection to the past. Even if one is underwhelmed by the aesthetics of Eisenman and Serra’s Memorial in Berlin, one cannot deny the monument’s affective power. As the ground falls away, you become symbolically enclosed and engulfed in the field of stelae. You are denied the right to your own viewpoint, immersed in a world forcibly divided into left and right. What is so striking is the physical sense of disorientation experienced within this geometric order of a grid. You cannot shake off the claustrophobia, nor can you escape the awareness that it is literally impossible to lose your way.

It has ultimately been the very impossibility of this task that artists have strived to make manifest in Berlin’s physical landscape, and grasping this is perhaps crucial to appreciating much of Germany’s Holocaust memorials. These artworks are meant to challenge existing assumptions and sensibilities, to guard against a reversion to old habits, to maintain an open national dialogue and most importantly, to reject a toxic heritage. 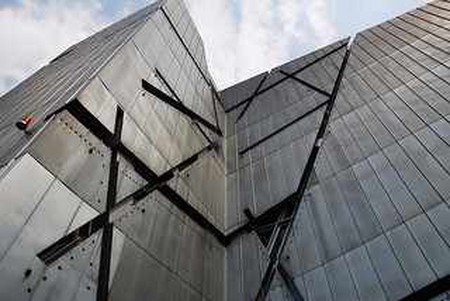 Daniel Libeskind’s design for the Berlin Jewish Museum, now an iconic part of Berlin’s horizon, is another example of how unconventional design has been used to great effect. Influenced by a tradition of deconstructivist architecture Libeskind uses techniques of dislocation and rupture, such as tilted angles and crossed bars to destabilize his structures. As you are funneled around the building your view of the horizon is necessarily skewed: the route around the building is fragmented and you experience fracture, dead ends, instability, and incoherence at every point in the journey. 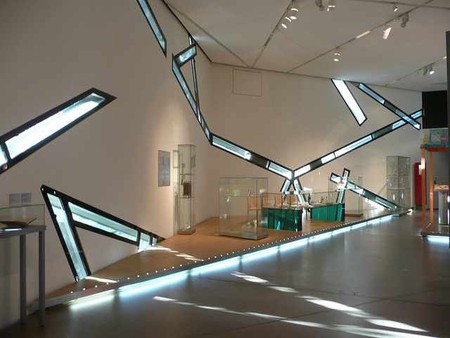 Another particularly powerful response has been an increasing reliance on negative form art. Negative form monuments are structured around the idea of empty space, often consisting of inverted forms. It is an aesthetic that points to the inadequacy of traditional rhetorical and symbolic languages, a gesture of respect for those who are not here to speak for themselves. James Young summed this up in in 1997, declaring that, ‘the heart of a German monument will have to contain emptiness, which the artist must somehow represent as an inspiration or as a concept.’

Libeskind’s Jewish Museum also serves as an example of how this aesthetic has been used in a masterly way. Libeskind uses architectural techniques to explore the tension between presence and absence: the result of being faced both with the need to articulate absence through form, and thus give presence to absence, and the desire to avoid doing so through direct representation. The building is structured around a number of voids, which form an integral part of the architecture, voids which Libeskind describes as ‘the embodiment of absence.’ This guiding principle is also evident when entering his Holocaust-Turm, a seventy-eight-foot-high angled concrete space or void. It forms a space in which visitors experience the oppressive burden of silence. There is nothing to say, no answers or solutions are provided. Silence and absence are sufficient. Libeskind’s name for his design, ‘Between the Lines,’ is certainly apt. What is significant is not the walls or structure itself but the spaces created in between them, a negative representation of the absence left behind by the loss of Europe’s vibrant Jewish community. 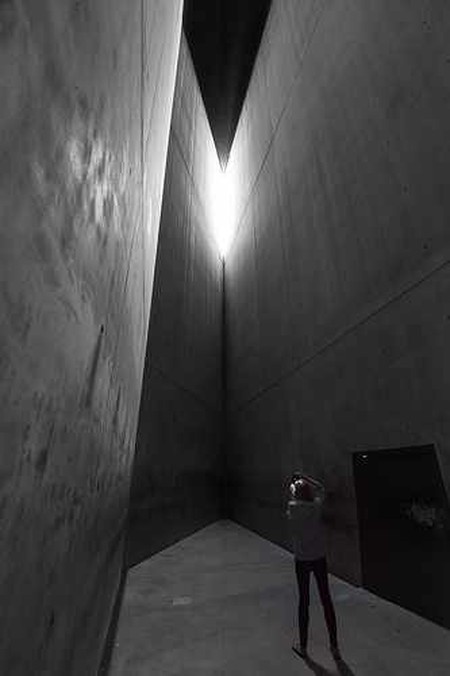 Horst Hoheisel is another artist associated with ‘negative form’ monuments, first designing a negative-form monument to mark what had once been the Aschrott Fountain in Kassel’s City Hall Square in 1985. Describing the form and concept behind his monument, Hoheisel explained, ‘I rebuilt the fountain sculpture as a hollow concrete form after the old plans … before sinking it, mirror-like, 12 meters deep into the ground water.’ The monument thus consists of an inverted form. The shape of the previous fountain was inverted, turned into a funnel and sunk beneath the ground, out of sight. The result is that we are left with a negative image of the destroyed fountain. 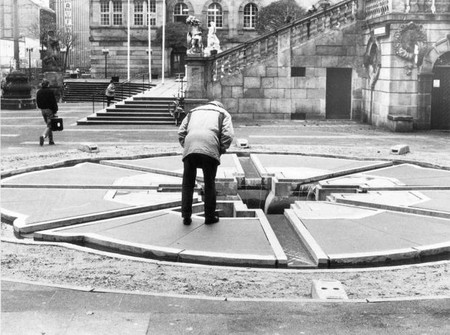 Far from creating a state of paralysis, the difficulties faced in the process of Holocaust memorialization have clearly resulted in an eruption of creative responses among public artists, who have taken such challenges as the very inspiration for their designs. Monument artists have problematized the traditional monument. Perhaps here lies the brilliance of Berlin’s memorial culture. Berlin’s monuments are so successful precisely because they preclude closure and deny redemption. Dialogue remains open, amnesia is not an option. If monuments such as the Berlin Holocaust Memorial remain divisive and perplexing, the German nation is undoubtedly healing by displaying its wound so openly in its urban landscape for all to see.