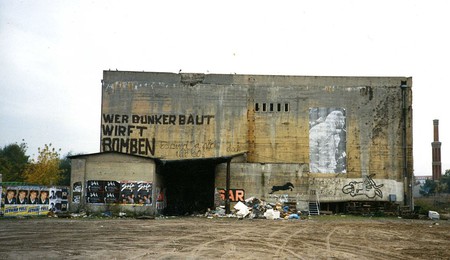 Even for the city’s locals, and likely the majority of its tourists, many people who find themselves in Berlin come and go without ever having realized how close they had been to Hitler’s final resting place. The German government and the majority of its citizens want it this way. That is why the Berlin Story Museum’s decision to replicate the bunker in a new exhibit has created immense controversy.

The bunker, known in German as the Führerbunker, was sealed up after the war, and prefab apartments and office buildings were erected over the spot during the days of Soviet occupation. Nothing at all commemorated the spot or distinguished it as the final resting place of one of the most evil men ever to have lived. In fact, up until 2006 when a plaque was installed at the site, there was zero indicator whatsoever as to what was lying two meters beneath the surface of the car park. 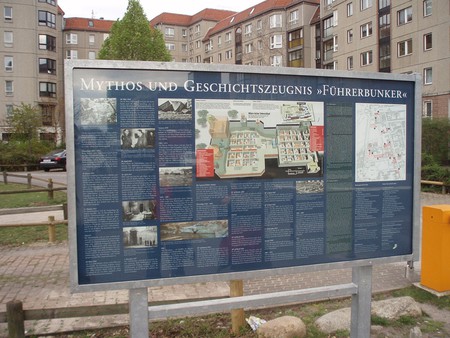 The reason for this makes perfect sense. The Germans didn’t want to memorialize the man who led their country into unthinkable hatred and destruction. The very lack of ceremoniousness surrounding the site of the bunker was intended to communicate the ways that Germans choose to remember Hitler: that is as nothing at all worth celebrating. Furthermore, the city feared that disclosing the location of the bunker might attract remaining factions of neo-Nazis to the site. Still, for many, it is difficult not to be curious about what this place looked like. 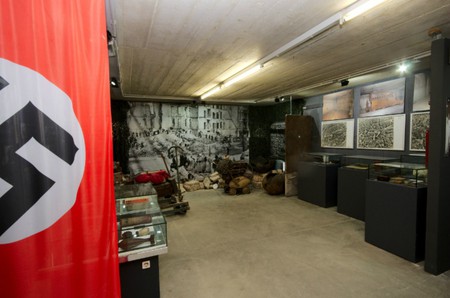 The set designer for the iconic German film Das Boot was responsible for furnishing the reproduction, which contains many meticulous details including an oxygen canister and a mounted image of Frederick the Great. Of course, details like these were based primarily on ideas about what the bunker looked like, as very little concrete information exists about the specifics. Along with a few photos of the original, mostly taken by Soviet troops, there is also a blueprint on display of the original layout, which included 30 rooms. Taking photographs inside of the bunker is prohibited.

Moreover, the Führerbunker is part of a larger guided tour about bunkers used in Germany during the war. In this context, Hitler’s bunker provides a look of unfair grandiosity compared to another used for German people that was built to fit 3,500, but actually housed 12,000 at one time.

The replica will be located in another former air raid shelter, about a mile away from the original site, though this one was built above ground. It is part of a broader exhibit about Hitler’s last days and the final events of World War II. The museum’s curator, Wieland Giebel has assured the press that the exhibit isn’t meant to sensationalize the events that transpired in the bunker. 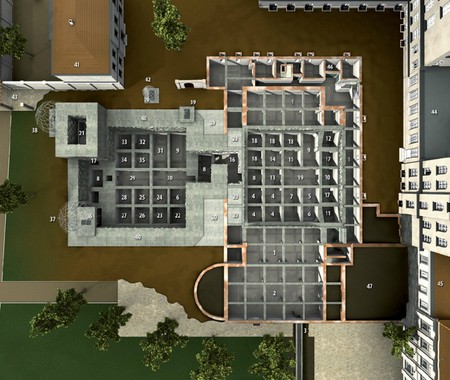 Still, many other Berlin institutions dedicated to commemorating the Holocaust and to somber reflection on Germany’s role in World War II, including the famous Topography of Terror, have been critical of the new exhibit, likening it to an act of show. A spokesman remarked, ‘We explain history, document it, and stick to the facts. That is why we cannot support such productions.’

This is not the first time discussion about how to approach Germany’s stark and sensitive history has sparked controversy, and it’s unlikely to be the last.