Since the Oberhausen Manifesto of 1962, experimental German cinema has seen a resurgence, spearheaded by three poetic directors: Rainer Michael Fassbinder, Werner Herzog, and Wim Wenders. Ewa Bianka Zubek profiles these directors and examines how their diverse body of work draws from Germany’s past and present. 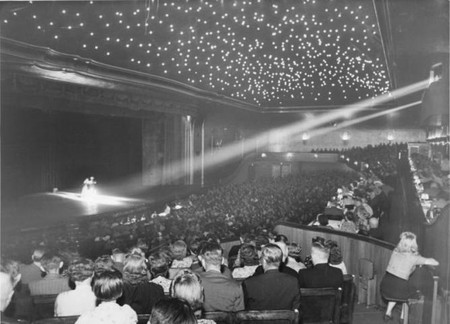 Until the early 1960’s, German cinema was in decline: West Germany saw a rapid fall in film productions, while those that were produced frustrated their viewers with low quality and unexceptional subjects. This led a group of young directors to a new vision: fresh and insightful films, which would take after the rich cinematographic tradition, whilst boldly dealing with contemporary issues. This reaction officially began in 1962 when a group of directors signed the Oberhausen Manifesto; this move would shift German cinema in a new direction and raise it to the heights of critical acclaim worldwide.

The New German Cinema (Neuer Deutscher Film) was a child of the manifesto. Influenced by the French Nouvelle Vague, it strove to deliver political and social critique and, at the beginning, produced art-house films on low budgets. There is, however, no single way of defining the most prevalent style or preoccupations of the movement. The best way to experience the richness of its matter and form is to consider the films of the New German Cinema’s main representatives: Rainer Michael Fassbinder, Werner Herzog and Wim Wenders.

Fassbinder always found himself on the outskirts of social norms: he provoked the public not only through his films, but also through his anti-capitalist views, addiction to drugs and alcohol, and his exhibitionist homosexuality. Perhaps this is why much of his sixteen-year long career has been devoted to films about the oppressed, the persecuted, and the underdogs of society. As a consequence, we see a number of sadomasochistic relationships throughout his work, as in The Bitter Tears of Petra von Kant (1972), where a fashion designer regularly abuses her maid. The illustration is subtle, but the implications are bold. In this feature, as in many others, Fassbinder’s theatricality is hard to miss. He began as a theater director and this continued to influence his later film-making, using long, panning shots and somewhat mechanical acting. 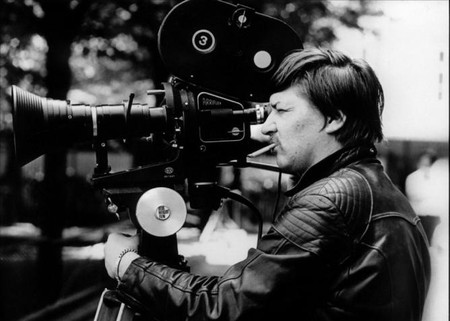 Fassbinder had another strong interest: the relationship between the past and the present in Germany, and the implications of the Nazi chapter on the newborn bourgeois society. These themes permeate the narrative and mise-en-scène in, for example, the BRD (Bundesrepublik Deutschland) trilogy – The Marriage of Maria Braun (1979), Lola (1981) and Veronika Voss (1981). All three films take women as metaphors of change or stagnancy.

Ali: Fear Eats the Soul (1974) launched Fassbinder’s international career and won him the FIPRESCI Award at the Cannes Film Festival. In this tale about an unlikely affair between an elder German lady and a Moroccan worker, he explores the social and racial tensions in what was then Western Germany. The private and the public, the inner and the outer, the new and the old – these themes crisscross each other in the web of meditation, aesthetics and controversy that wound itself so strongly around Fassbinder. He died of drug related heart failure at the age of thirty-seven.

As a teenage boy, Herzog stole his first video camera from the Munich Film School. This commitment to the cinematographic arts defines him to this day: he has shot on dangerous sets: the Antarctica and the Chauvet Cave in France, to name a few. He has also narrowly missed death: bullets, airplane crash, and a volcano exploding on set. It is no surprise, then, that his features are resplendent with passion for tradition. Nosferatu (1979), an homage to Murnau’s silent film of the same title, goes far beyond the traditional vampire horror flick. Poignantly, using eerie scenery and poetic dialogue, it contemplates the themes of redemption, sacrifice, and hopelessness. In another masterpiece, Fitzcarraldo (1982), Herzog depicts a man at the heights of ecstasy who then falls victim to his own ideals. As a music lover, the man is obsessed by the desire to build an opera house in the middle of a South American jungle. 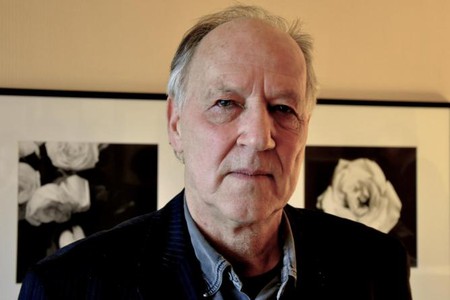 More recently, Herzog has made a name for himself as a director of documentary features. Using his grand landscapes as a background, he produced, for example, Grizzly Man (2005), which follows a bear enthusiast into his undoing, or Encounters at the End of the World (2007), a study of Antarctica and its people. Into the Abyss which was released in 2011 and won the prize for the best documentary at the British Film Institute Awards, is a more personal insight into the case of a young man sentenced to capital punishment for homicide.

In an interview with The Guardian about the film, Herzog explained his approach, ‘I’m not a journalist; I’m a poet. I had a discourse, an encounter with these people.’ And Herzog does engage them in oft-surprising dialogues. By encouraging them to talk about things ‘beyond the plot,’ he demonstrates his sensitivity as a director and reveals more about his characters than they themselves might realize.

If Herzog perceives himself as a poet, then Wenders’ productions and frequent collaborations with artists may lend him the same title; after experiments with medicine, philosophy and painting, he finally decided to pursue film as a career. Sometimes cited as the forefather of the European ‘road movie,’ he explored loneliness and desolation in Paris, Texas (1984), whilst engaging in dialogue with and presenting a counterpoint to the American tradition. This and many other productions by Wenders provide an insight into the relationship between the long-gone and the new, delineating the paradoxes and dramas of existence. 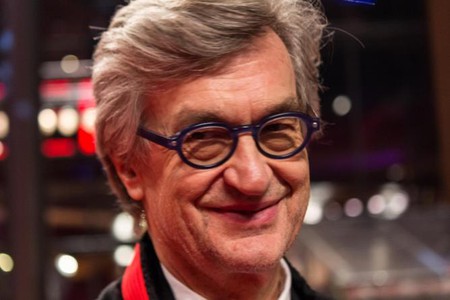 Wenders’ longstanding collaboration with poet and novelist Peter Handke resulted in Wings of Desire (1987) – a fascinating mélange of film and lyricism and a dive into the significance of being human. In brief, the story is about angels who descend upon Berlin to observe its people; when faced with such richness of life, one of them is unable to resist human temptations. The film follows a slow tempo, which allows for contemplation upon single images that are created through long, panning shots that play with light and color. The combination of these effects results in a work that is arguably definitive of Wenders’ cinematographic technique.

Alongside his fictional features, he is also renowned for shooting documentaries, many of which focus on music. The highlights of his legacy are, for example, Buena Vista Social Club (1999), or Pina (2011), a documentary about Pina Bausch, the eponymous choreographer of contemporary dance. Wenders has always remained faithful to the philosophical, metaphorical, and often didactic picture, offering his viewers a chance to escape the contemporary Hollywood blockbuster.