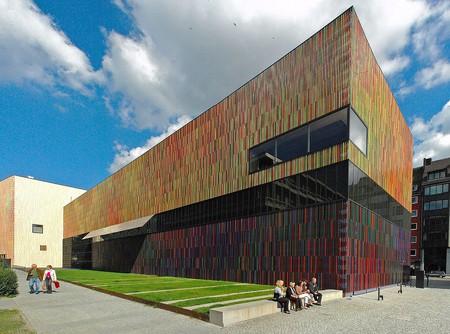 Is there any better respite to a cold, Munich morning than a dive into the city’s ongoing arts scene? To last you through the dog days of winter, here are some of the best art exhibitions going on throughout the city.

Exhibited in eight instalments, Postwar – Art Between the Pacific and the Atlantic, 1945–1965 looks at the two decades in the aftermath of World War II, examining how artists portrayed the atrocities of the Holocaust, and the devastation wreaked in Hiroshima and Nagasaki by atomic bombings. Also under the microscope is how the Realist and Abstract movements were influenced by the Cold War, and how mass migration and population displacement influenced the growth of the cities to which people fled. It was during this “Postwar” period where colonialism and nationalism faded, and liberation movements and new technologies overtook the art world. This exhibition shows this dynamic shift in more than 350 works by 218 artists from 65 countries.

Few images have changed the world quite like the little boy, laying face down in the sand, who drowned trying to escape the civil war in Syria. This newly arranged photographic exhibition looks at subjects including the polarizing political and social conflicts of war, forced migration and population displacement, and how photographers portray these issues. Whether it’s the millions affected by the devastation of WWII, or the struggles facing those crossing the U.S.-Mexican border, to refugees fleeing current conflicts in Europe and the Middle East, photographers depict an uncomfortable narrative of historical and social chaos that continues to this day.

In support of Black History Month, Amerikahaus gallery is hosting an exhibition documenting “what it means to be black in modern America.” Composed by American fine art photographer Joshua Rashaad McFadden, the collection focuses on today’s black America, from the inner cities of New York down to the Deep South of Selma and Montgomery in Alabama. McFaddin confronts black America, in reference to the 1965 Selma to Montgomery marches led by Dr. Martin Luther King Jr., both in name and spirit. Ultimately, the works beckon: It’s been 50 years-plus since the marches from Selma, where is black America now? 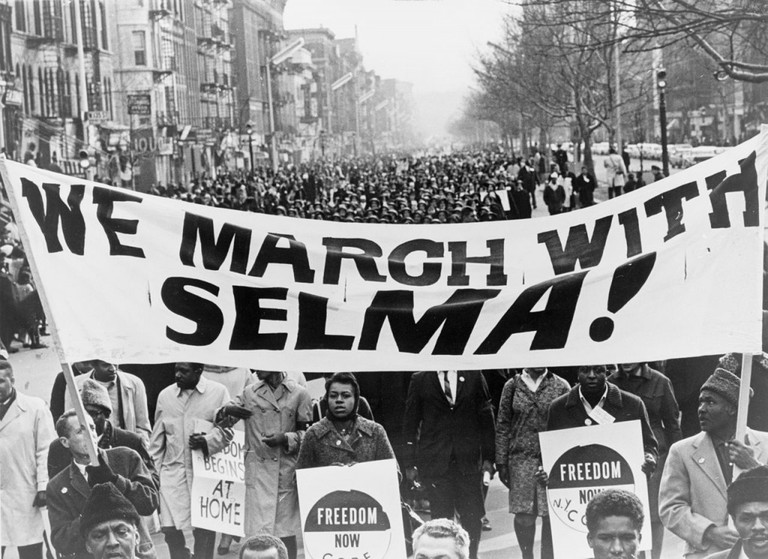 When the Spainish Hasburg empire collapsed, the arts flourished. The Spanish Siglo de Oro (“Golden Age”) is one of the more peculiar chapters in the history of Western Art. For instance, Italian wealth and enlightenment brought the Renaissance, but Spain drew art from poverty. As the Hasburg empire fell, the King and Church employed artists, using their work to spread propaganda, creating the illusion of strength and stability in the midst of crisis. It was during this time where the government subsidized the opulent decorations of the country’s churches and palaces. Masters like El Greco, Diego Velázquez, Francisco de Zurbarán, and Bartolomé Esteban Murillo brought optimism to an empire that never recovered.

Where Andy Warhol wanted to “paint like a machine,” New York artist Wade Guyton actually does it. Owing a lot to Warhol’s silkscreen methods, Guyton, too, finds a voice in printed automation. Museum Brandhorst celebrates the unique stylings of the painter and printer, who in previous works utilized distinct, minimalist compositions of “X” and “U” symbols, stripes, and monochrome surfaces. In addition to his early works, the exhibition will feature Guyton’s new canvases, including pictures taken on his cell phone of his New York studio, and his famous “anatomy” into digital visual language with his New York Times interpretation – which is really just a collection of enlarged bitmap files. In total, the project features over 30 canvas works, a series of drawings in vitrines, two video projections, and, seemingly, a complete crash course in digital language. 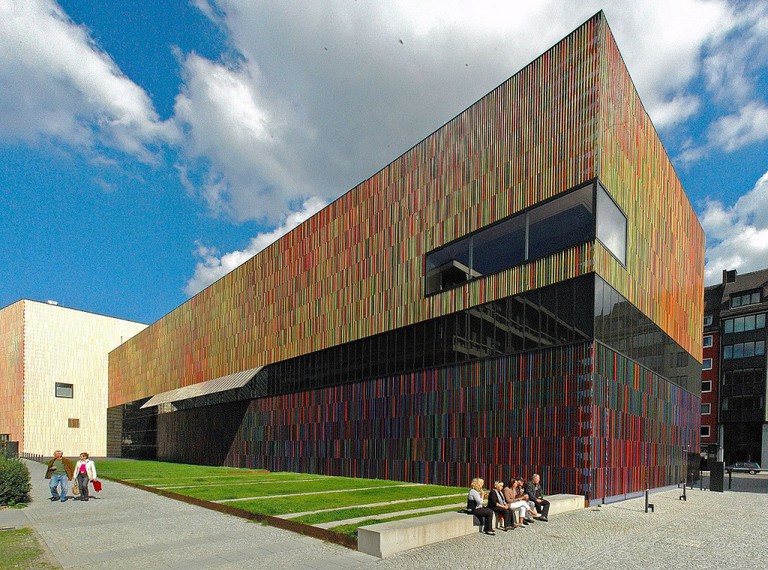