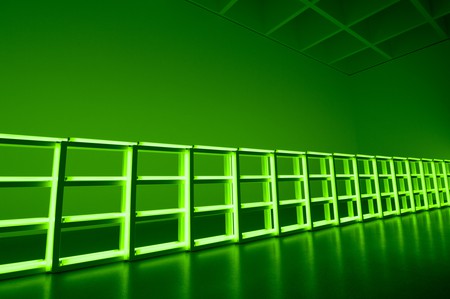 Munich is home to many artists who are garnering increased levels of attention on the international scene, which leads to a subsequently increased demand for exhibition spaces. We profile key galleries showcasing some serious German talent.

Galerie Sabine Knust works in tandem with the Maximilian Verlag publishing house, which means that first editions of art publications can be purchased on site. The gallery has shown the works of well known foreign artists such as Andy Warhol, Julian Schnabel, and Per Kirkeby. Sabine Knust has also worked with some of the most famous artists in the German contemporary art scene, such as Jorg Immendorf, who was a member of Neue Wilde, an anti-establishment art movement which arose in 1978. Younger, lesser-known artists also represented here include Ben Cottrell, Philip Furhofer, and Olaf Holzapfel. 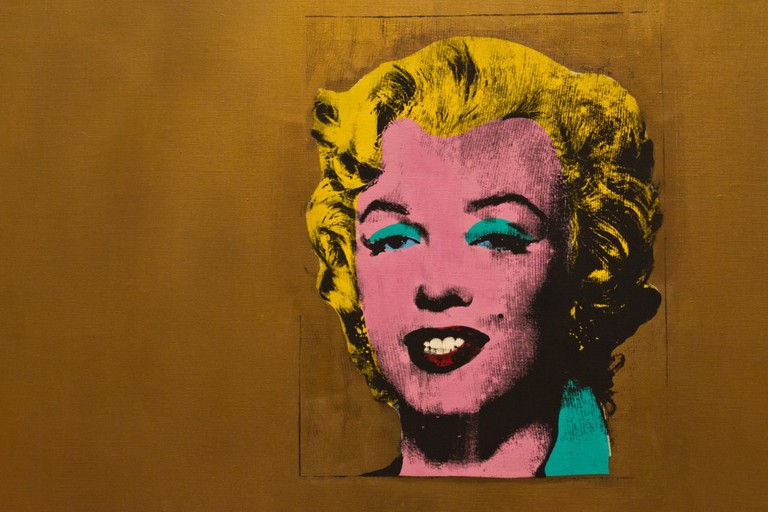 Kunstraum is an association created in 1973 as a privately subsidized not-for-profit art club. Around 300 people from all sectors of the Munich art world finance this venue. In 1996, the gallery moved to the city center. Voluntary curators regularly choose talented artists to exhibit their work in the space; as a result, many local artists find sponsorship through Kunstraum. 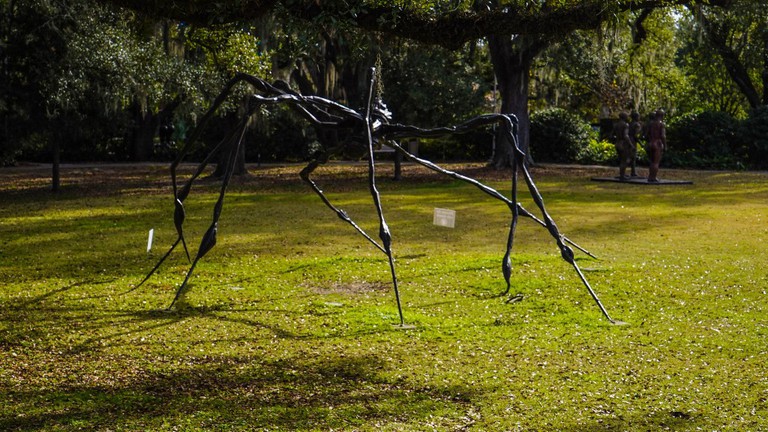 Louise Bourgeois, Spider at New Orleans Sculpture Park | ©Shelly Prevost/Flickr
Barbara Gross Galerie is located in Munich’s Museum Quarter, situated in a building that used to be a graphic design studio, and a bakery before that. The gallery presents a dynamic variety of works that use art as a lens through which to consider and challenge social and political issues. Barbara Gross has presented the work of popular female artists such as Louise Bourgeois and Nancy Spero, as well as many other emerging women in the Munich art scene.
Open In Google Maps
56 Theresienstraße, Maxvorstadt München, Bayern, 80333, Germany
+4989296272
Visit Website
Visit Facebook page
Give us feedback

School
Facebook
Email
Twitter
Pinterest
Copy link
Share
Map View
Matthias Jahn grew up in the contemporary art scene. His father, Fred Jahn, is a well-established art dealer and gallery owner who specializes in art on paper. After studying at the Academy of Fine Arts in Munich, Matthias founded his gallery at Baaderstrasse in 1978, setting himself up in the storage rooms of the same address. Today, Matthias Jahn represents many of the artists he met at school, including Michael Biber, Ioan Grosu, and Matthias Lehrberger. Six to eight exhibitions are scheduled per year, many of which are artist collaborations.
Open In Google Maps
Ludwigsvorstadt-Isarvorstadt München, Bayern, 80469, Germany
+498941418280
Visit Website
Give us feedback

University
Facebook
Email
Twitter
Pinterest
Copy link
Share
Map View
Dr Wimmer is an art historian by training and besides setting up this gallery in 2014, she’s also a research assistant at the Ludvig Maximillian University of Munich. She is especially interested in bringing locally based artists, such as Elisabeth Wieser and Anja Buchheister, to wider attention. Her Young Art Space program showcases an ever changing roster of emerging young talent each month. Wimmer sits on the board of ARTMUC, Bavaria’s largest contempoary art fair and also advises private collectors and companies on art acquisitions.
Open In Google Maps
14 Amalienstrasse, Munich, Germany
Give us feedback 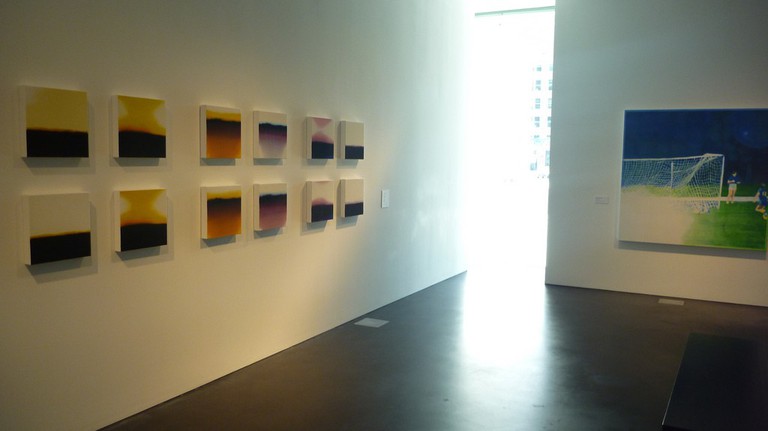 Isca Greenfield-Sanders Work at Museum of Contemporary Art, Denver | ©Richard Anderson/Flickr
Bernd Klueser worked with Adolf Beuys in 1970 while he was still studying law. In 1978 he opened his first gallery, and represented internationally-renowned artists such as Andy Warhol and Mimmo Paladino. The gallery has always collaborated closely with international museums, additionally involved in the publishing of art texts. Klueser published Warhol’s Lenin series, and co-authored The Art of Exhibitions – a guide to the 30 epoch-making exhibitions of the 20th century. In 2002 he opened a second gallery on Turkenstrasse, dedicated to supporting young artists such as Isca Greenfield-Sanders, Bernardi Roig, Conrad Shawcross, and Jorinde Voigt. He manages both galleries with his daughter, Julia.
Open In Google Maps
15 Georgenstraße, Maxvorstadt München, Bayern, 80799, Germany
+49893840810
Visit Website
Give us feedback

Building, Museum
Facebook
Email
Twitter
Pinterest
Copy link
Share
Map View
Founded in 1980, this gallery has established itself as one of the most exciting contemporary art venues in Munich. Lothringer 13 distinguishes itself through its multidisciplinary approach, and operates as a platform for the most innovative artists from all around the world to show off their talent. Social and political themes abound. In changing group exhibitions about social topics and discourses, works by emerging as well as established artists are brought into a dialogue and elaborated in a dense framework program. Lothringer13 Halle extends to the room in the front building, running a regular program of events and offering a selection of publications accompanying the current show.
Open In Google Maps
13 Lothringer Straße, Au-Haidhausen München, Bayern, 81667, Germany
Give us feedback

Galerie Christine Mayer represents the Mahlergruppe Collective alongside young but high-caliber German artists such as Franka Kaßner. This up-and-coming work, presented in conjunction with internationally-established artists such as Dan Graham creates a diverse blend of artistic viewpoints. The artists represented and exhibited by the gallery work in a wide range of mediums. Artists that exhibit or take residence here work very closely with the gallery to unite their work with the space, creating a fluid relationship between the artist and curator. 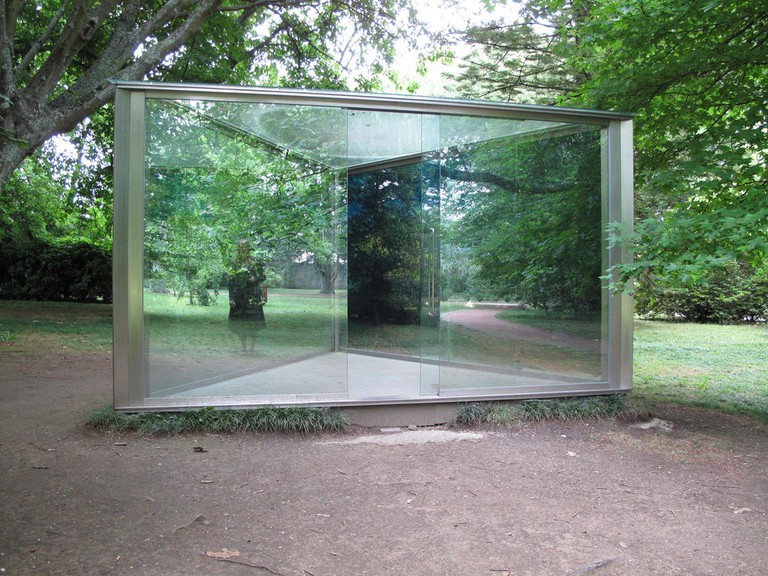 Art Gallery
Facebook
Email
Twitter
Pinterest
Copy link
Share
Map View
This small, unpretentious gallery has one of the highest exhibition turnovers in the city. Here you can find a new exhibition almost every other week, starting with a Friday evening talk or lecture. Weltraum prides itself on giving young artists a space in which to evolve without the burden of having to pander to the commercial market or grovel for public subsidies. A bit rough and ready, Weltraum remains charming, and is well worth the detour if you’re looking for something slightly edgy or off-the-beaten-path. Join their Facebook group for updates on new exhibitions.
Open In Google Maps
26 Rumfordstraße, Ludwigsvorstadt-Isarvorstadt München, Bayern, 80469, Germany
+491751121656
Visit Website
Visit Facebook page
Give us feedback
Give us feedback