More than an ‘Object’: The Under-Appreciated Work of Meret Oppenheim

‘Object’, the fur covered cup and saucer Meret Oppenheim created when she was only 22 years old, has undeniably become the artist’s defining work, a fact that Oppenheim openly resents. A new exhibition in Washington, D.C, explores some of the surrealist artist’s lesser known works from sculpture to poetry through the themes of sexuality, politics and reality. We take a look at the importance of Oppenheim’s career beyond ‘Object.’ 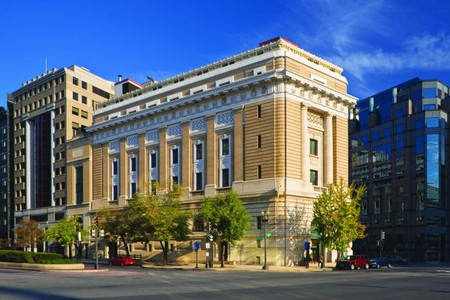 National Museum for Women in the Arts | Photography by Daniel Schwartz

Imagine an old black rotary telephone. Stuck to the foot of the base is a sticker that reads ‘Bell Telephone.’ Perched on the receiver, is a life-sized plaster sculpture of a lobster, brightly painted in oranges and reds.

Next, a painting of a smartly dressed man wearing a bowler hat, positioned in front of a backdrop of a calm, grey ocean scene. He stands tall and erect, his body facing towards the viewer, hands by his side. He is an average man, apart of course, from the fact that his face is obscured by a large, green, floating apple.

And finally, picture a teacup, saucer, and spoon: distinctive for the light brown, slightly flecked fur that covers the entire ensemble, tufting out of the inside of the cup and winding round the handle of the spoon, inviting yet grotesque. Welcome to the exciting, if not slightly confusing, world of surrealism.

The works described above, Dali’s ‘Lobster Telephone,’ Magritte’s ‘The Son of Man,’ and Oppenheim’s ‘Object,’ are three of the most infamous creations to emerge from the artistic movement that gained popularity during the 1920s. Centered around Paris after World War I, the Surrealists developed their artistic foundations from the anti-war reactions of dada, rejecting constructs of normality in what they saw to be a modern world defined by irrationality and nonsense. 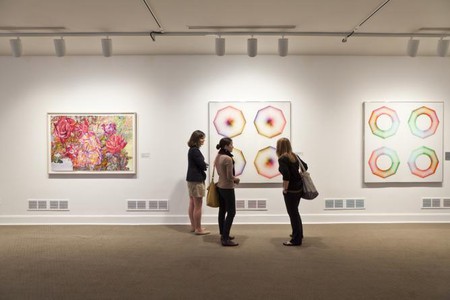 National Museum for Women in the Arts | Photography by Daniel Schwartz

Surrealism has subsequently become notorious, with its own big names and iconic images; the artist’s oneiric ideology is also widely known. As with many of the movements of artistic expression that emerged at the beginning of the 20th century, surrealism has been presented both culturally and academically as somewhat of a ‘boys’ club.’ This, however, is not quite true, and the importance of the women who contributed to the movement’s success is slowly being celebrated in a wider discourse. One such woman is Meret Oppenheim, her 1936 ‘Object,’ colloquially known as Oppenheim’s cup and saucer, is arguably one of the defining sculptures of the surrealist movement, and without a doubt one of the most controversial.

Born in Germany in 1913 to a German father and Swiss mother, Oppenheim spent her youth in politically neutral Switzerland before moving to Paris in the early 1930s. There she was involved with the surrealists, most notably Andre Breton and Man Ray, with whom she worked with for many years. She had her first solo surrealist exhibition under the in 1936 and ‘Object’ was voted to be the ‘quintessential surrealist object’ by the visitors of the 1936-7 exhibition Dada, Surrealism held in New York’s MOMA. This was not, however, her only work, and the quantity, quality, and diversity of her art is only really beginning to be acknowledged as interest female artists in the early 20th century began to grow. This was highlighted by Oppenheim’s first major retrospective, which was held posthumously in 2013 at the Martin-Gropius-Bau Museum in her city of birth, Berlin.

As such, despite Oppenheim’s involvement in the surrealist movement, and the importance of her work and that of women like her into a central art historical discourse, Oppenheim should not simply be viewed as a surrealist. The worth of her art lies not only in the creation of the iconic ‘Object’ but in her exploration of themes such as sexuality, politics, and reality through ever-changing and developing artistic forms. That a single object, a single movement even, could encapsulate a career spanning over 50 years is a myth that a new collection of Oppenheim’s work, held at the National Museum of Women in the Arts in Washington, D.C, is trying to dispel. The exhibition, entitled Meret Oppenheim: Tender Friendships, takes focus away from the provocative ‘Object’ and explores other elements of the artist’s long and impressive career.

‘I was attracted to the mysterious quality of her art, her inventiveness and her poetic imagination,’ explains Krystyna Wasserman, Curator of Book Arts. ‘We are presenting lesser-known works by Oppenheim, which illuminate the artist’s personal life, her artistic and intellectual friendships, and the landscape of her dreams.’ 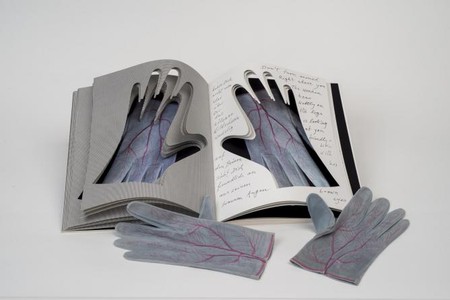 Meret Oppenheim, Gloves, 1985; From the limited edition of 150 pairs of gloves housed within the Deluxe Edition of Parkettmagazine, No. 4, 1985 | Two gloves: Screenprint on goat suede, hand-stitched, each glove: 8 ¾ x 3 ¼ in. | National Museum of Women in the Arts, Gift of Thomas Hill, in memory of Rosemary Furtak; Courtesy of Lisa Wenger and Martin A. Bühler, Meret Oppenheim Estate

One of the key works in the exhibition is the 1985 ‘Gloves.’ Comprising hand-stitched goat suede gloves, each just over eight inches in length, the work is part of the limited-edition creation of 150 pairs of such gloves presented by Oppenheim in the year of her death. The gloves are housed in a Deluxe Edition of ‘Parkett’ Magazine, No. 4, the contemporary art publication in which the prints for her design of ‘Gloves’ were originally published. The screen print on the suede depicts red veins, a contrast with the off-white suede which gives the illusion of turning the hands of those destined to wear the delicate objects inside out.

The influence of surrealism is clear in Oppenheim’s art, even in her later works, and her involvement in the group is integral to the way the movement should be presented in an academic context. However, it is her diversity of interests, mediums, and approaches that make Oppenheim such an successful artist, and through exhibitions such as that at the NMWA, she is rightfully celebrated.