Milli Vanilli was a hip-hop duo, comprised of models from Munich, Rob Pilatus and Fab Morvan. They reached popularity in the late ’80s, shortly after the duo’s formation, and they were known for their distinct style of dancing and their charismatic, larger-than-life persona. This acclaim was quickly overshadowed by something else.

Their 1989 debut album, Girl You Know It’s True, reached international acclaim, with the eponymous single ranking at number one in the US and Canada. Milli Vanilli was regarded as one of the most popular musical groups of the time. So much so that they were awarded the Grammy in 1990 for the Best New Artist. The duo quickly settled into their stardom, stating in an interview, ‘We are musically more talented than any Bob Dylan. Musically we are more talented than a Paul McCartney.’

The focal point of these stars’ legacy, however, does not reside in their quick success and brief popularity. The thing that immortalizes the duo in pop history is that they unabashedly lip-synced their songs.

There were a few different instances that initially spurred rumors about the duo’s authenticity: an MTV interview in 1989 revealed that their English skills were far worse in conversation than the songs would dictate. Then, at a live performance later that summer, the audio voiceover began to skip and the duo ran off stage. Yet, fans at the show didn’t seem so fazed by this.

What really drove the final nail into the coffin of their career success was when a man by the name of Charles Shaw publicly confirmed that he was one of the real voices behind Girl You Know It’s True. Indeed, the real vocalists on these tracks were anonymous artists that Milli Vanilli’s producer, Frank Farian paid to keep quiet.

Pilatus, Morvan, and their agent ultimately confessed the truth to the public during an appearance in November of 1990. They admitted that they didn’t even sing a single track recorded on their famous debut album. With this declaration, Milli Vanilli’s success waned even more quickly than it had arisen in the first place.

Only days after their confession, their Grammy was revoked, and more than two dozen lawsuits came flying in. People who purchased Milli Vanilli merchandise or attended concerts were even eligible for refunds.

In hindsight, the lip-syncing scandal could easily be regarded a somewhat humorous, one-dimensional tabloid story, but in reality the fallout that Pilatus and Morvan faced led to their ruin. In subsequent interviews, Pilatus and Morvan went on to claim that Farian manipulated them by ordering duo to lip-sync the tracks after they had signed the contract and spent their advance. Then, after multiple attempts to make a comeback, Pilatus died of an overdose in 1998. 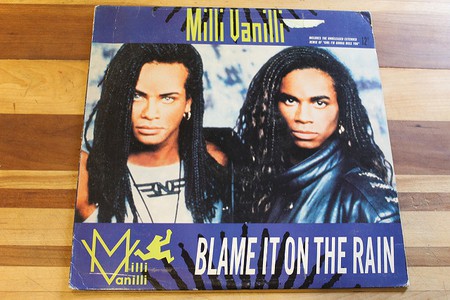 Regardless of who was technically responsible for the scandal, it remains one of the biggest frauds in pop history. While some claim that what happened with Milli Vanilli served as an important and unforgettable lesson about performance standards in the modern music industry, not everyone agrees. Many also regard Milli Vanilli’s fraudulent musical strategies as a precursor for more manufactured forms of pop, where vocals are tweaked using technology and production precedes talent in determining the outcomes of an album.

Even if the story of Milli Vanilli attracted great controversy, Morvan and Pilatus will always be remembered in the music industry, which is the kind of fame that ultimately enticed them into deceit in the first place.