Mad King Ludwig II: A Life Of Mystery And Arts 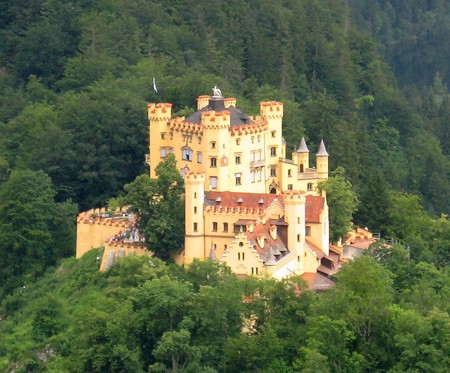 ‘I wish to remain an eternal enigma to myself and to others,’ declared Ludwig II. Ludwig II was King of Bavaria from 1864 until his death in 1886, and no other prediction could have been both more accurate or so mysteriously fascinating. His life was an intricate puzzle of unresolved questions, a mosaic of varied aesthetic tastes, a musical composition for a man whose gentle nature met a life of strife and struggle as King. His personality, sensitive and delicate, has been, and will always be, remembered as one of the most beloved in the history of Germany and Europe. With his story he taught us that power has the ability to fell even the most loved ruler.

His story is very different to the typical story of other kings. For instance, looking back in 1873 when he, at just 18 years old, acceded to the throne, he said: “I became king much too early (…) Suddenly I was snatched away from my books and set on the throne.” As a matter of fact, he was well known as an eccentric man, and his heritage is more about culture than of great victories in battle. His reign was defined by a love of art history and architecture, the latter of which included the construction of great fairytale castles, including the so-called ‘Disney Castle’ – Neuschwanstein Castle – something that earned him the nickname Märchenkönig, or the fairytale king. Ludwig II was also the patron of composer Richard Wagner, who described him as “unfortunately so beautiful and wise, soulful and lordly.” Ludwig financed Wagner’s whole life, both for creating his art and also paying for the construction of his house and the Festspielhaus of Bayreuth, an opera house. Ludwig II was a patron of the arts in general, founding many opera festivals in Bavaria that are still celebrated today. 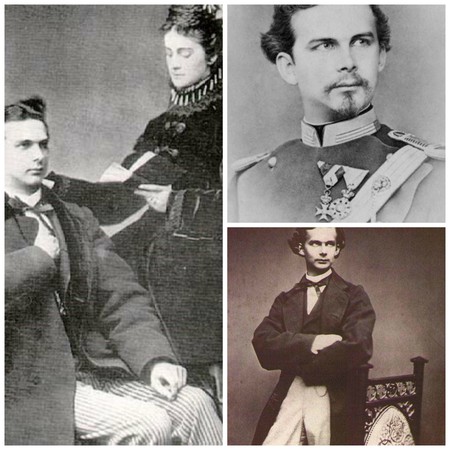 Ludwig was a solitary spirit who liked to repose in the nature around his palaces, surrounded by classical music and paintings. Ludwig also left a large collection of unfinished sketches that are today housed in the Ludwig II Museum in Herrenchiemsee, Bavaria. Ludwig spent his life trying to repress his homosexuality because of his Catholic beliefs, but he repeatedly fell in love with astonishingly beautiful men. Ludwig is fondly remembered by the Bavarian people, who refer to him as unser kini, or our king in Bavarian dialect.

With this background, it comes as no real surprise to learn that Ludwig II was utterly disinterested in politics. So much so, in fact, that he ruined Bavaria’s finances. The Bavarian royal coffers were empty, and Ludwig proceeded with the building of his most ambitious project, Neuschwanstein. Neuschwanstein was not his only large architectural project, he also built Hohenschwangau. Inside, there are a lot of paintings inspired by Wagner’s operas, although the project was never finished as Ludwig envisioned because of the death of Ludwig Linderhof, who was working on the project. The park in the gardens also featured a cave equipped with electricity in which opera singers performed. He also built a lodge called Hunding that was inspired by Wagner’s The Valkyrie, and the general flow reflects Ludwig’s admiration for the French Ancien Régime. 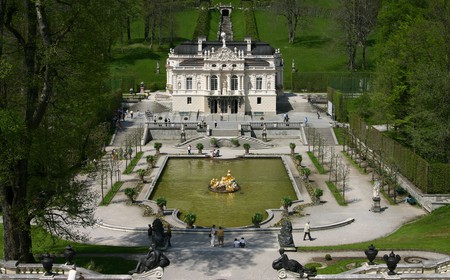 The decision to proceed with Neuschwanstein was the straw that broke the camel’s back, when in the April of 1886 he asked for a credit of six million Marks from Otto von Bismark with the intent to complete the castle after the ministers refused to give him the funds. His artistic, decadent attitude had exasperated his ministers. From this point on, the mystery around Ludwig’s life becomes darker. Two months after this incident, two doctors were called and declared Ludwig insane. The diagnosis was paranoia, a sort of a modern schizophrenia that left a lot of people in an uncertain situation. Among them was Empress Elisabeth, known as Sissi, friend to Ludwig, who declared: “The king was not insane; he was just an eccentric personality living in a world of dreams. They could have treated him better and avoided giving him such a horrible end.” 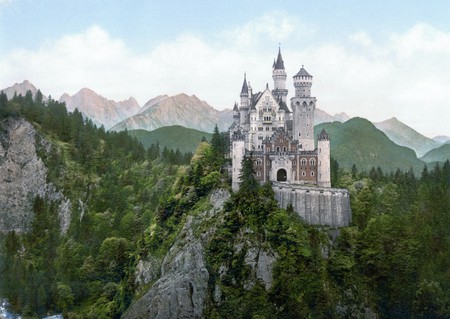 The days after the medical declaration were days of agitation for Ludwig II. He stated that the doctors were falsifying his mental condition, and he feared that a betrayal was likely. He was not wrong. On June 12th, he was arrested and forced to move to the castle of Berg, near Munich. He died just one day later.

His death is the culmination of his mysterious life. Ludwig belonged more to the world of poets, to the sentimental atmosphere of certain literary movements, than to the Sturm und Drang of his land.