“Fashion for factories”, Vogue UK, London, England, June 1941 © Lee Miller Archives, England 2016. All rights reserved.
Lee Miller (1907-1977) was an American photographer, well known for her stylistic versatility as both a photojournalist and artistic photographer for much of the 20th century. Her work dealt with Surrealism, fashion, portrait and travel photography, as well as war reporting; this breadth of work never seemed to contradict itself.
In March 2016, Berlin’s Martin Gropius Bau held a full retrospective of Lee Miller’s work, meandering through her time in New York, Paris, Egypt, and into Germany. The exhibition housed approximately 100 photographs that illustrate Miller’s life from different perspectives: Miller as an assistant, a muse, and a partner of Man Ray’s in Paris in the 1930s, and later her life as a pioneer of art photography and as a photojournalist during the Second World War. Her work from World War II includes her photographs of Germany under Hitler’s National Socialist regime and aerial photos of the London Blitz, the liberation of Paris, and the liberation of Dachau and Buchenwald concentration camps — photographs which rank among the most haunting images of the war. 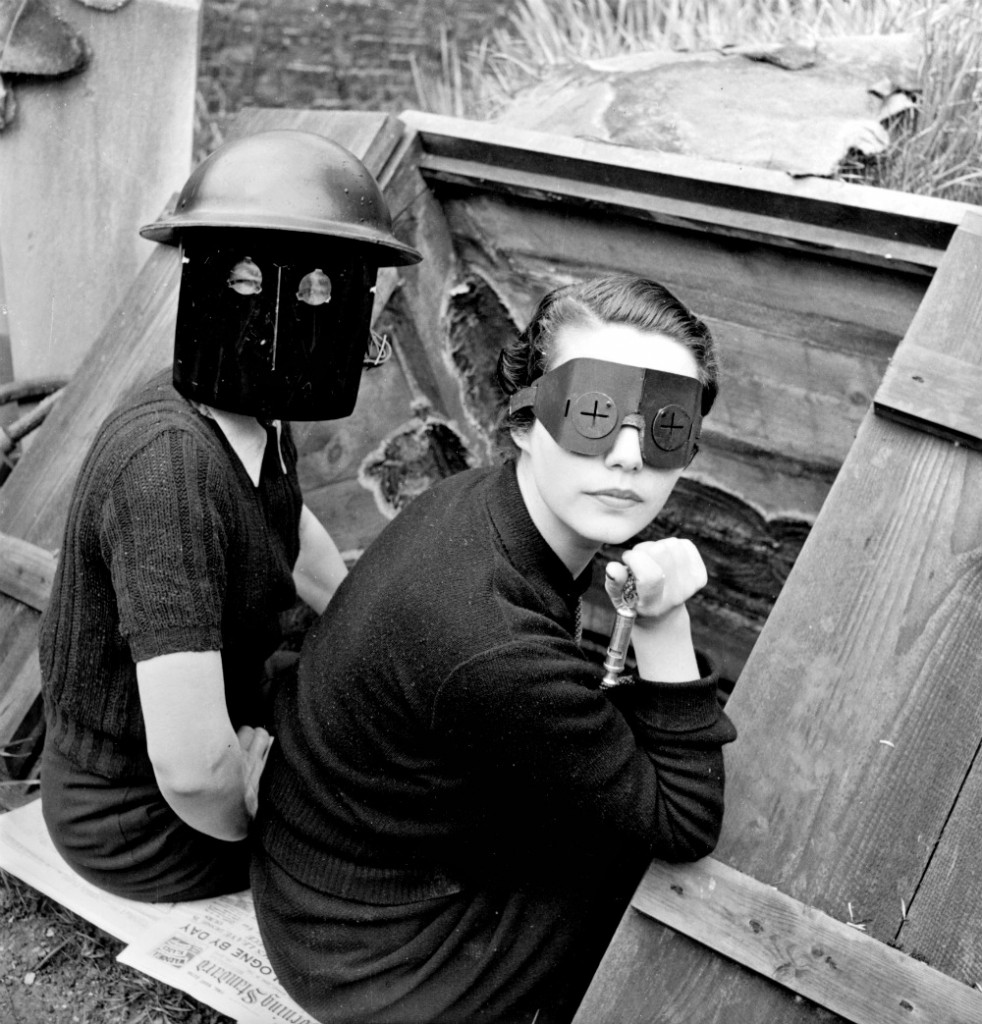 Miller began her career in Paris in the 1920s, taking surrealist photographs with Man Ray, another American photographer influenced by Dadaism. Miller was initially his muse and assistant, but their relationship evolved, and many of his later photographs were often created in collaboration between the two. In Miller’s independent photography — nudes, portraits, and street scenes — Miller focused on surrealism’s stylistic devices and worked with solarization. It was this latter technique — the reversing of black and white values using strong overexposure — that is responsible for some of her most iconic works. 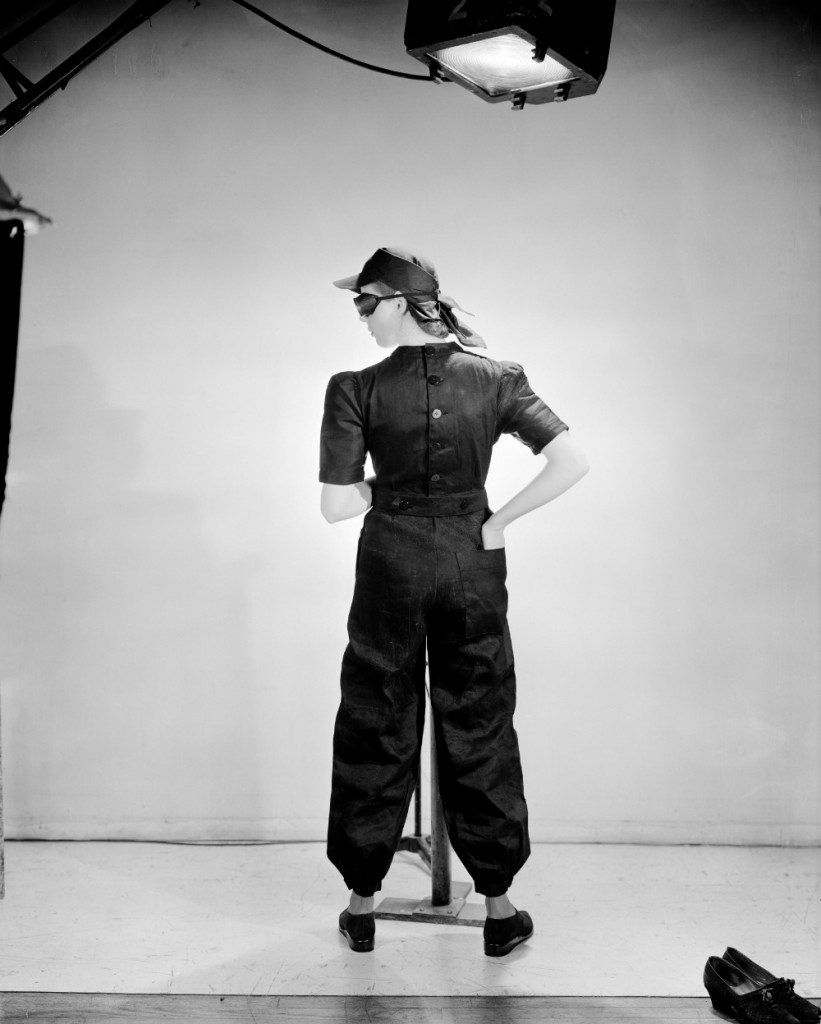 Miller’s eclectic eye found inspiration in her stays in the United States, Paris, and later in Egypt with her husband. She also traveled to Athens and Bucharest. Her style developed as she turned her Surrealist eye to Europe’s natural landscape. Later, Miller moved and settled in England, working for British Vogue from 1940 onward. In that time, she documented the social circumstances and disastrous consequences of the Second World War as a photojournalist. It is this later work that Miller is perhaps best known for. During a stopover in Munich following the fall of the Nazi regime, Miller spent time in Adolf Hitler’s private apartment and staged herself in the famous photograph of herself in the dictator’s bathtub — a politically charged act of appropriation allowing for manifold interpretations. The photograph was taken by her colleague David E. Sherman. 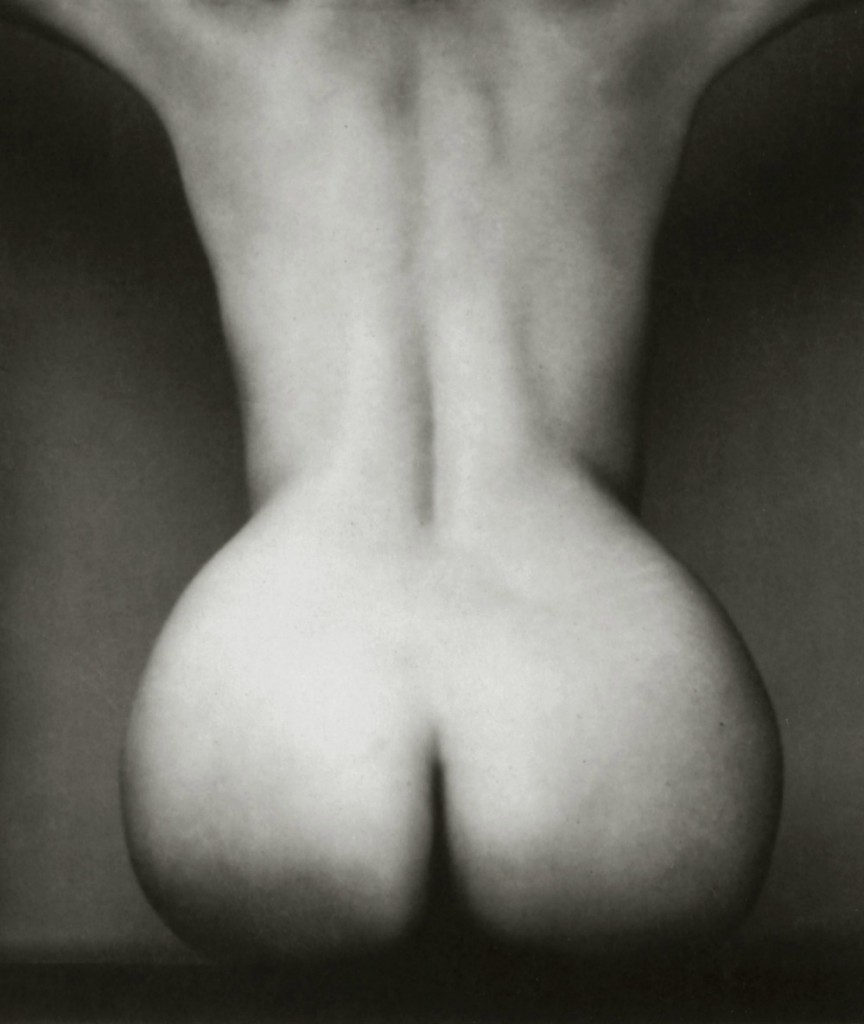 Unlike much of her earlier photography, Miller’s war photography was direct and did away with much of her surrealist influences. Likely influenced by the gravity of the situation, Miller’s photographs from the 1940s and ’50s are characterized by stark, objective pictorial language. Miller was one of few Americans to obtain accreditation as a war correspondent and reported from the American front line for Vogue in 1944; she photographed the liberation of Normandy by the Allies and went through Europe with the advancing American troops. From 1945 on, Miller photographed the consequences of the war in Germany and Austria and was one of the first photographers to record the crimes of the Nazis. 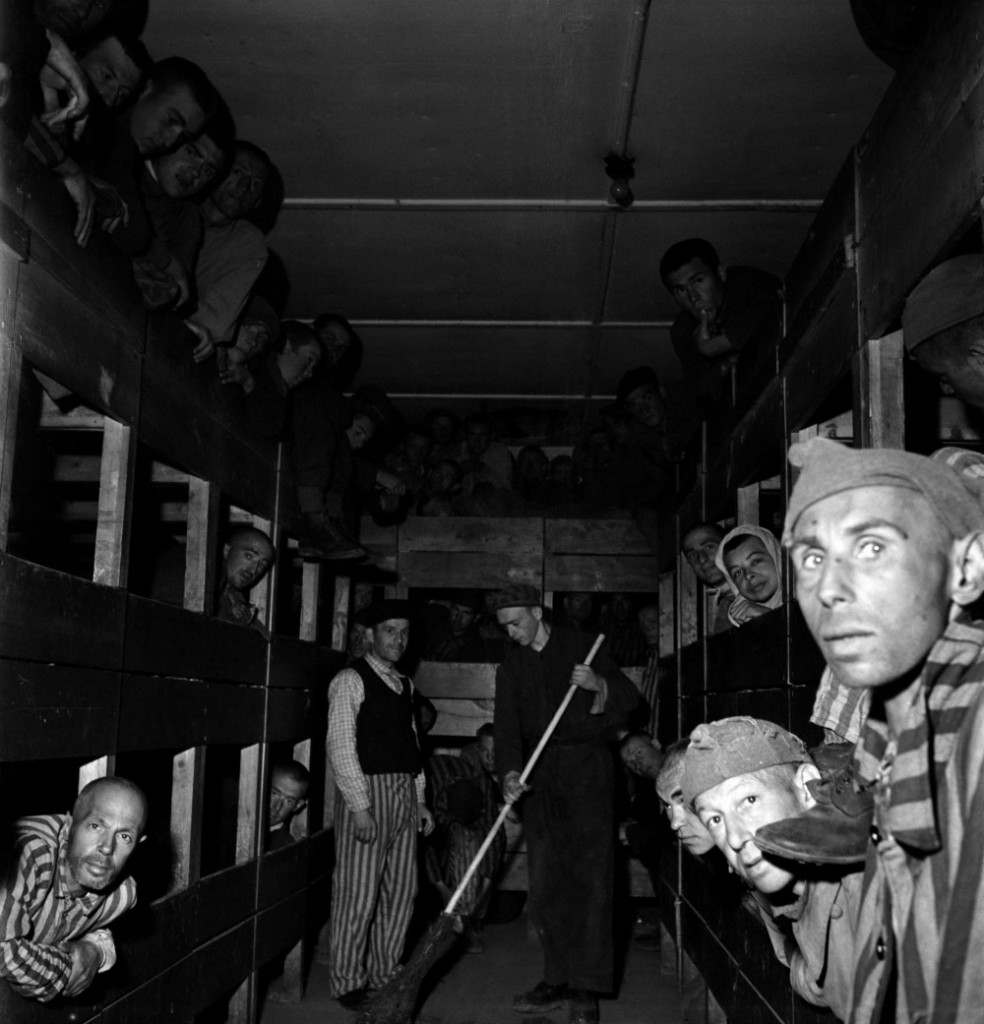 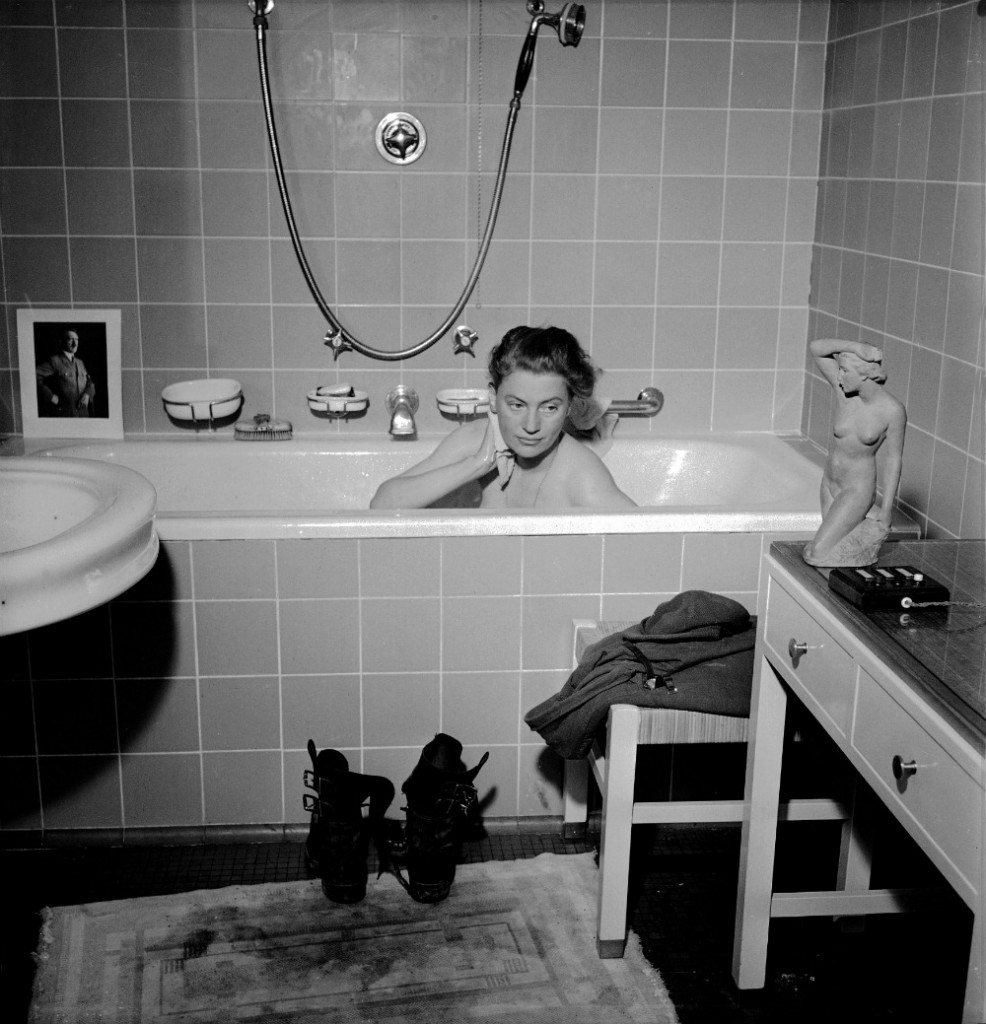