Lake Life: The Most Beautiful Lakes Near Munich You Need to Visit 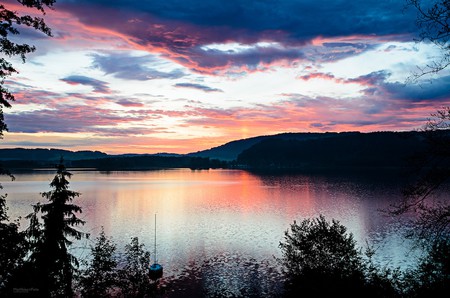 Just an hour or so away from the Alps, Munich is one of those lucky cities that has nature right on its doorstep. If the Englisch Garten and many city parks aren’t enough for you, why not spend a sunny afternoon by one of these beautiful lakes. Though some are a little further afield, the shores of many can easily be reached by public transport directly from Marienplatz.

If you have more than a couple of days in the city, make like a Münchner and spend the afternoon relaxing by a lake. a quick 36-minute journey on the S-Bahn from Marienplatz will take you to Lake Starnberg – Germany’s fifth largest freshwater lake. Just 25 km from the centre, it feels far removed from the hustle and bustle of city life. Starnberg even gets a mention in T. S. Elliot’s poem, The Waste Land. If you’re not inspired to pen a poem, stroll around the lakeside, stop for a beer and admire the view. In summer you can also rent boats, pedalos, or take a dip!
Bahnhofpl. 5B, 82319 Starnberg, Germany. 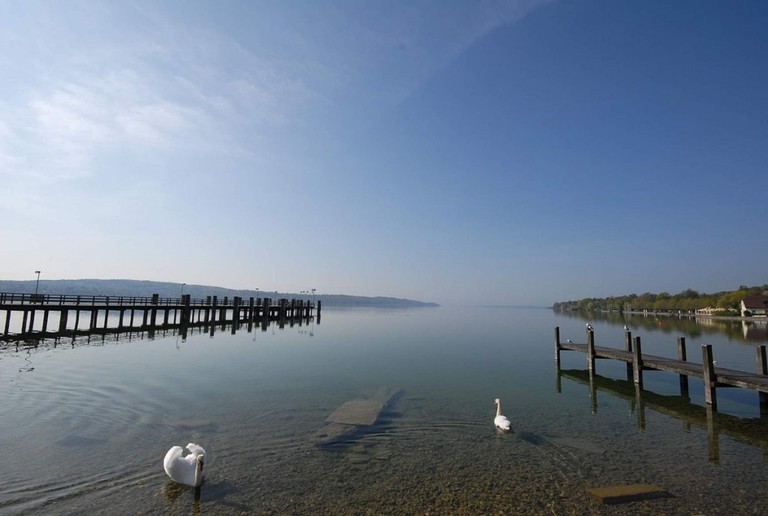 Starnberg’s smaller neighbour can be a bit more peaceful, being popular with hikers, swimmers and paddle boarders. There are several scenic parks dotted along the Seepromenade where you can sit and admire the view – there’s even a mini castle, Kurparkschlosschen, on the lakeside. If you’re looking for a spot to set up your picnic blanket, try Strandhaus Ammersee. This grassy area right on the lakefront has toilets, a volleyball court and a little cafe in case you’re picnic runs out too quickly!
Kurparkschlösschen, am, Seepromenade, 82211 Ammersee, Germany
Erholungsgebiet 1, 82279 Eching am Ammersee, Germany 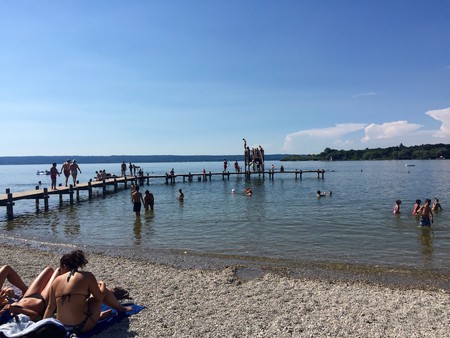 Just over an hour’s drive from the city centre is one of the deepest Alpine lakes in Germany. It’s clear waters are almost 200 metres deep, the lake itself covering over 16 km2. It can be hard to appreciate it all in from ground level, so a drive up into the surrounding mountains for panoramic views is highly recommendced. In summer, you can hire boats and pedalos, or just jump in for a swim in the crystal clear waters. You can also surf, sail, fish and dive, so something for everyone here. Hikers can also head over to the nearby Mittenwald trail to stroll through pine trees, and enjoy the incredible views. 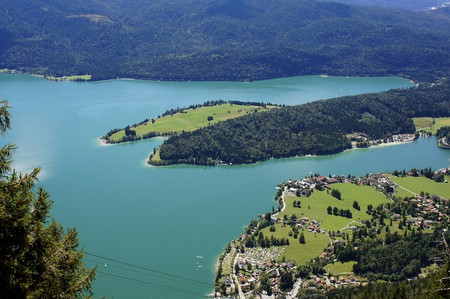 This freshwater lake is the meeting point for three different rivers. Hop on the S-bahn from Munich city centre and you’ll find yourself at Chiemsee in around 90 minutes. Make sure you pack your swimming gear – right on the banks of the lake you’ll find Prienavera. This purpose-built complex has indoor and outdoor swimming pools overlooking the lake, as well as saunas and relaxation areas. Refuel before heading back to the city at one of the many lakeside restaurants.
Prienavera 83209 Prien am Chiemsee, Germany 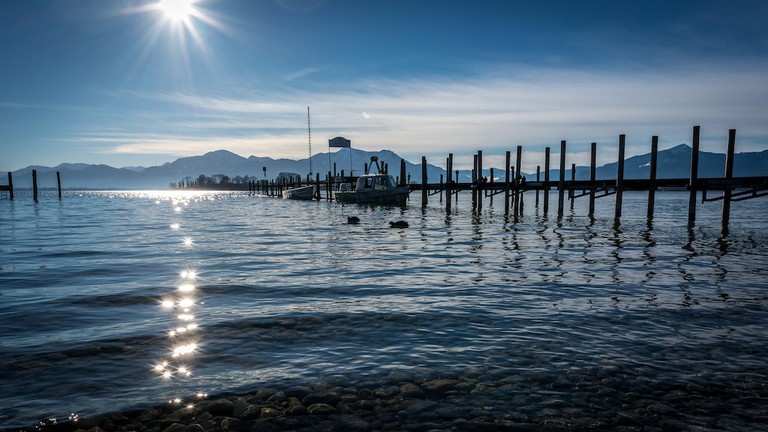 Despite being just 15 minutes from Chiemsee, Simssee tends to be much less crowded, making it a great choice for a relaxing escape. It’ll take a bit of commitment to reach; nestled in the foothills of the Alps, it’s at an elevation of 470 metres. Mostly surrounded by forest, you’ll need to head to one of the three designated bathing zones to find the perfect swimming spot. It might be away from it all, but there are still a couple of restaurants to pop into: try Simsee-Stuben or Seewirt for your post-swimming snack.
Simsee-Stuben, Seestraße 41, 83139 Söchtenau, Germany
Seewirt, am See 27, 83083 Riedering, Germany

If you’re staying in the East of Munich, Riemersee is a great way to get a taste of lake life without leaving the city. Just 30 minutes from Marienplatz, this man-made lake was planned by a French landscape architect, Gilles Vexlard, and covers 7.7 hectares. Renowned for its distinctive, ocean-like waters, it’s popular with families in the local area and is surrounded by a sprawling park area. Be aware that there’s very little natural shade here however, so be sure to take plenty of sunscreen if the weather is hot!

If you have a car and plenty of time to explore, this lake is a must. You’ll find it two hours from Munich, right on the Austrian border in the Berchtesgaden National Park. Known as the cleanest lake in Germany, only electric boats are allowed on its crystal-clear waters. Königssee is surrounded by soaring mountains, rising up to 2,700 metres above the lake. The result is a distinctive echo that boat tour guides are usually only too happy to demonstrate using a trumpet or flugelhorn! 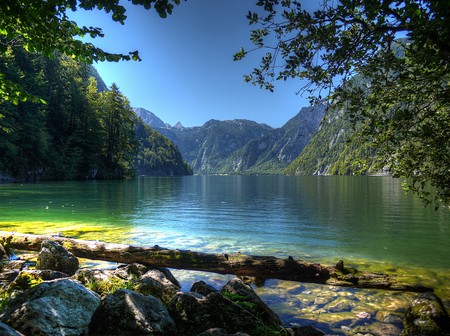