Located near Dresden, the town of Glashütte is a popular attraction for those traveling to the Sächsische Schweiz (Saxon Switzerland) mountain range. During the working week Glashütte becomes a hive of industry as the home base for Germany’s watchmaking industry, employing over 2,000 people and housing several luxury brands such as Tourneau, Swatch, and Glashütte Original.

If you’re not interested in the retail prospects, Glashütte is a worthwhile stopover for design aficionados as the site of the German Watch Museum. Here, visitors can learn about everything from watchmaking techniques to the personalities involved in bringing this intricate craft to an otherwise quiet location.

The German Watch Museum occupies a handsome building in the center of the Glashütte town square, which at first sight may appear to be a town hall, but was, in fact, built and employed as a watchmaking school until roughly 1992. The craft came to Glashütte in the 19th century as the town’s mining industry declined due to a shortage of ore. In sudden need of a new supportive industry, a group of visionaries who noted Switzerland’s watch-related prosperity persuaded the Saxon State to bring the art to Glashütte. Former miners were subsequently trained as watchmakers, using locally mined silver and copper to construct their products. 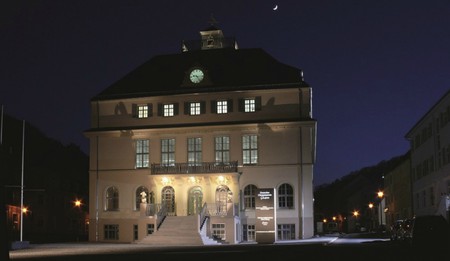 In honor of Glashütte’s adopted industry, the German Watch Museum takes you on a trip through history with A Journey Through Time and Space. The entire exhibition serves as a timeline that guides visitors from the industry’s Saxon origins in nearby Dresden to the first watches produced in Glashütte, the development of the local watchmaking school upon finding success, the Communist era, and the renaissance of luxury mechanical watchmaking in the last 20-odd years. 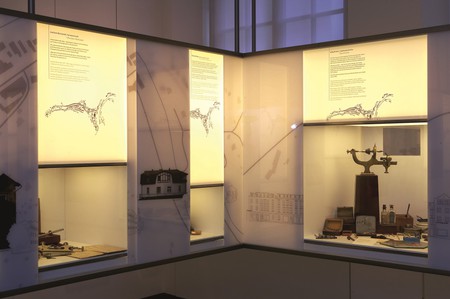 A Journey Through Time and Space is as much about the local community as it is about design. In one room, a miniature display depicts the town square and surrounding buildings, and behind each door is information about the families who specialized in various aspects of watchmaking. Another room is devoted to the school itself and the students who attended, including a wall engraved with the entire list of graduates from all over the globe (though initially, the majority of overseas students were of German origins). Other displays showcase the students’ extracurricular activities and the clubs they went on to form. During the hyperinflation of the Weimar Republic, students used their ingenuity to forge printing plates for bank-notes. Photographs of the school’s students serve as fascinating historical documents. 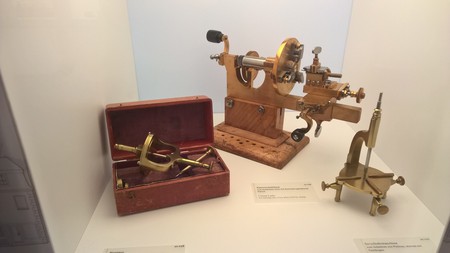 For those interested in exploring the art and technique of watchmaking in greater detail, the museum offers an interactive watchmaking dictionary, where visitors can select design terms which are explained via a full-wall display, including descriptions and images. Another room showcases a large-scale interactive display which animates the technology behind watches.

The museum’s treasury exhibits some of the late 19th- and early 20th-century watches produced for luxury brands, and the final room presents watches designed by contemporary Glashütte artisans. If you’re lucky, you’ll catch someone restoring an old watch as you exit past the workshop. 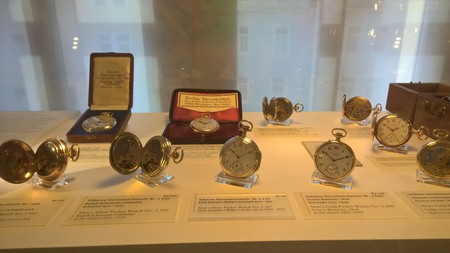 Don’t expect to find authentic Glashütte-made watches in the museum’s gift shop; modern watches made in Glashütte are high-end and collectible works of art. However, the German Watch Museum provides a fascinating glimpse into the town’s history with a then-burgeoning industry, which has since placed Glashütte on every designer’s map.