A man of many talents, Johannes von Stumm is perhaps unique in his ability to combine a range of masterful techniques, from glass-blowing to blacksmithing, in creating his sculptures. From the 19th of September until the 8th of November 2013, von Stumm will be the subject of a solo show at Bowman Sculpture (6 Duke Street, St James’s, London, SW1Y 6BN). 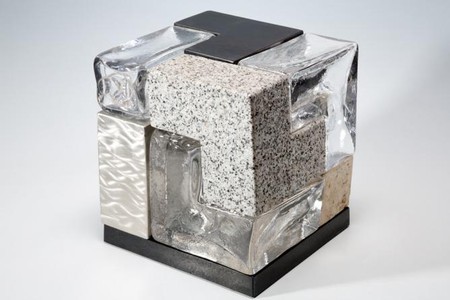 German sculptor Johannes von Stumm has had an impressive career to say the least. Originally hailing from Bavaria, he currently works and resides in Oxfordshire and until recently was the president of the Royal British Society of Sculptors. Despite spending a large portion of his working career in the UK, von Stumm still remains deeply connected to his Bavarian roots. This arguably inspired him to undertake the frankly difficult task of mastering not just one sculptural medium; instead of focusing on one as most sculptors do, von Stumm has a deep working knowledge of glass blowing, joinery and blacksmithing which he combines with traditional stone sculpting techniques to create his beautiful and abstract pieces. 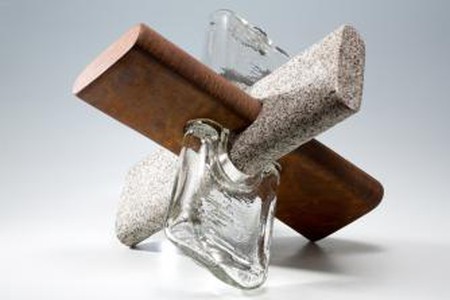 Of the three main techniques that Johannes von Stumm has mastered, it is perhaps blacksmithing that has come most naturally to him; on his father’s side, his ancestors were both blacksmiths as well as the owners of steel factories for over 250 years. Although this is a part of his heritage, spending his formative years at the foot of the Alps surrounded by a harsh but beautiful landscape of rocks and ice, it is hardly surprising that the crystalline aesthetic of glass also appealed to his artistic sensibilities. From an early age, von Stumm was painting on cardboard in his parents’ cellar, incorporating pieces of broken glass and metal into the work.

In his late teens, Johannes von Stumm visited Paris and was inspired by the sculptures of Rodin. This spurred him on to explore sculpture and he began to work with plaster and clay, initially just experimenting at home and then later at the Academy of Fine arts in Munich. But this was not enough for von Stumm and after spending 6 months in Italy he desired to incorporate his first loves of glass, stone and steel into his sculptural practices. However on returning to the Academy in Munich he was told that it was unfeasible to combine the innately different materials that he wished to use in his work. 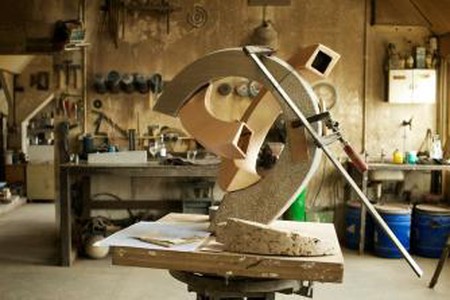 Rather than being deterred by this discovery, von Stumm began to explore ways in which he could combine the materials in his work. At first, his endeavours resulted in a lot of broken glass, but eventually after three years he came up with a way of combining these highly different and seemingly incompatible techniques. Instead of attempting to literally amalgamate glass with metal or stone, he realised that the separate elements could be used against each other to create a singular form, using similar methods to those found in carpentry. This has led to fantastic almost puzzle-like forms that sees glass, stone and metal as separate elements supporting each other creating an overall unified form.

In the years since this breakthrough in innovation, von Stumm has been able to push the boundaries of his art to new levels; his elegant and expressive combinations invoke both strength and solidity within the metal and stone counterparts as well as fragility in the transparency of the glass components. His most recent body of work has become increasingly abstract, moving away from the figurative forms that had been so influenced by Rodin. By removing the human form von Stumm has refocused his work on the purity of form, harking back to his early influences of the icy mountains of Bavaria. 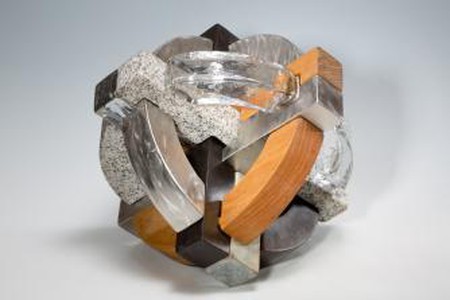 Since completing his post as president of the Royal British Society of Sculptors, von Stumm has been able to refocus on his work as a sculptor, and has put together a new body of work. To him, this represents a renewed exploration into his innovative craft of joining together materials such as bronze, glass and stone, which is no mean feat. It is this collection that shall appear on display at his solo exhibition running from the 19th of September to the 8th of November 2013 at Bowman Sculpture.

The sculptures that will be exhibited in his upcoming solo exhibition use geometric form to interlock glass with metal, wood and stone in a way that reminds us not of human form, but of the power of the elements that surround us. In glass we see the purity of ice surrounding stone as is seen in the glaciers and snow-capped peaks of the Alps. The natural qualities of the stone and wood a celebrated in the simplicity of the forms, with the naturally rough qualities of the stone shining through along with the beauty of the wood grain. Last but by no means least, the incorporation of metallic elements reminds us of the human involvement and heritage that has gone into creating this work. All in all, the finished article clearly exhibits the long struggle that it took Johannes von Stumm to reach this point. This body of work shows his utmost dedication to his craft and takes his expression to new levels in the beautiful simplicity of these complex forms. 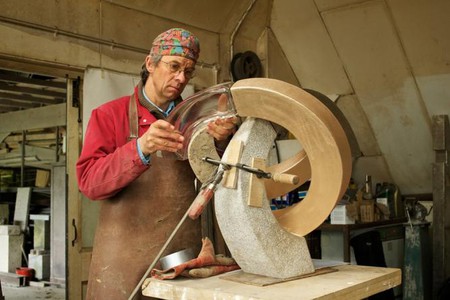