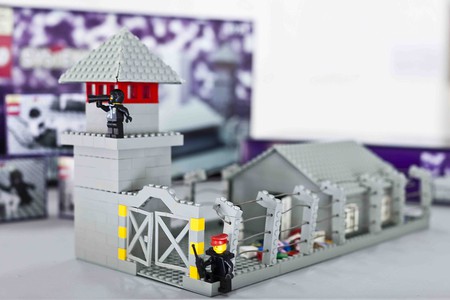 Lego, a cross-culture talisman of childhood pioneered by the Danish, is a sensible game of construction and imagination. The ideology of this multi-colored, infinitely pieced toy of plastic promises is embedded in logic and functionality. The Polish artist, Zbigniew Libera, wanted to complicate this idea of rationality by navigating towards absurdity through the commonly loved vehicle fecund with sensibility. Here the denotation of rationality gets blurry when transformed into a means of carrying out something very irrational.The thing about rationality is that it leaves little room for emotion, but emotion is the very thing that this oeuvre evokes. 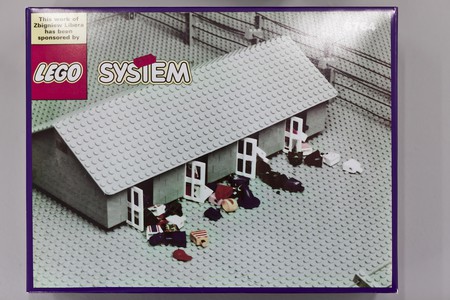 Many artists have plagued themselves with figuring out how to accurately represent the holocaust without trivializing it, via monuments or anti-monuments; there’s no singular trajectory. It’s no simple feat to try to process and delineate such a global tragedy. Konzentrationslager was a work constructed by Polish artist, Zbigniew Libera, in 1996 that provoked a range of variegated reviews. Some lauded the artist for his obfuscation of functionality through the vehicle of a children’s toy, while others thought he was minimizing the pain and agony of Holocaust survivors. Lego became furious and championed to have this piece not shown at the Centre for Contemporary Art Ujazdowski Castle in Warsaw, after having donated all of the pieces to the artist, unaware of what the consummation of these bricks might be. Lego emphasized contribution isn’t tantamount with sponsorship. Despite these attempts, Konzentrationslager was put on display for others to formulate their own thoughts with the rest of his creations for the collection Corrective Devices. Whatever the opinions may be, one thing is inarguable, this piece kept in alignment with its intention: it raised questions, and it made people think. By manipulating functional mechanisms into systems of discomfort, Libera begs the question, how has rationality tricked us” How has rationality led us astray under the auspices of logic?

However, the controversy did not ignite until a year later when it became banned from the Polish marquee at the Venice Biennale in 1997. Libera was still invited under the conditions that he would leave his infamous opus in Poland, but Libera refused to participate in the Biennale altogether. Almost autonomously, the debate migrated to the media and Konzentrationslager became the focal point. 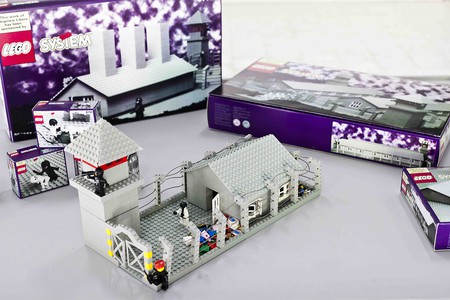 Libera constructed the concentration camp out of legos without leaving much to the imagination. The haunting gray mini-structure accompanied by prisoners made of skeletons and camp guards made of police men is displayed as the cover image on a lego box. He carried out his idea on seven separate boxes ranging in size and demonstration. Some pieces were brought to life and others remained two-dimensional. The images include crematoriums, watch towers, guards beating prisoners, barbed wire and other macabre instruments of the concentration camps. On the boxes it read ‘this work of Zbigniew Libera is sponsored by Lego’ — which Lego disputed as false. In this project, Libera juxtaposes the logical with the inane, the insentient with devastation. 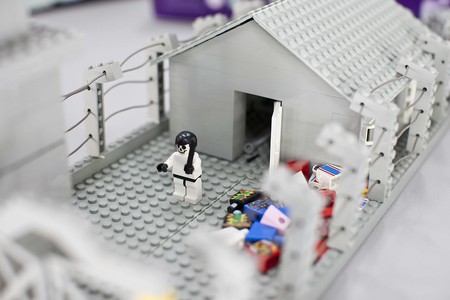 With a history of provocative and iconoclastic pieces that deconstruct and question concepts of capitalism and unconscious consumerism, it is not a total shock that Libera is the man behind such an incendiary work. Born in Pabianice, Poland, in 1955, Libera grew up suffusing himself into Europe’s avant-garde art scene at the time, eventually settling with a group called Sternenhoch. Starting with videos and ending on pop art, Libera dented the art scene with his voyeuristic and often controversial vision. Konzentrationslager is notoriously his most ostentatious piece to date. In his reapplication of the seemingly innocuous mass-produced childhood toy, he examines the utility of functionality and how sometimes through rationality, absurdity can be achieved through socialization. However, not all understood or saw the complex message. Some Holocaust survivors have dismissed Libera as an anti-semite, and others have claimed his Konzentrationslager isn’t art. Despite the backlash, Libera is a prominent figure in the contemporary art scene and a creative pioneer who pushes boundaries in such a way that he has become irresistible to discuss. 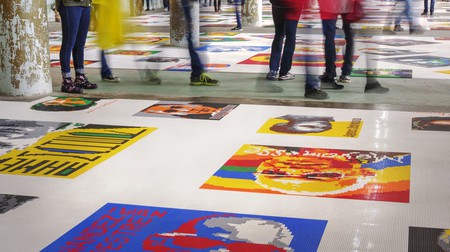 In the wake of all this, a new notoriously politically charged Chinese artist, Ai Weiwei, renowned for his installations against discrimination and censorship, was refused bricks by Lego,who were probably still hurting from Libera. Some see it as unfair censorship and some, like Lego, see it as a necessary precaution against being mistaken as a political backer. Media plays a role in this next part of the story as well. Ai Weiwei took to social media, and many supporters of the artist are donating their beloved bricks to this outspoken and talented artist. One of collection points for the artist is in Berlin in a parked car outside the Martin-Gropius-Bau. His exhibition is supposed to take place in Melbourne this December and from the looks of the successful crowdsourcing of material, it most certainly will.