In Partnership with Adobe, a German Designer Has Resurrected Lost Bauhaus Fonts 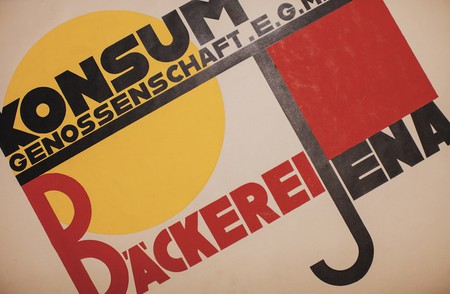 This month, the preeminent type designer Erik Spiekermann, together with software company Adobe, revealed the first half of a pioneering campaign to revive never-before-seen letter fragments and typography sketches from the influential Bauhaus school in Dessau, Germany.

It was nearly 100 years ago that the 20th century’s most impactful school of art, architecture, and design was founded by the visionary German architect Walter Gropius. Central to Bauhaus theory was the concept of Gesamtkunstwerk, or “total artwork,” a term introduced by the composer Richard Wagner in the 19th century to denote an elevated artwork comprised of multiple art forms. Modified for modernity, Gesamtkunstwerk was Gropius’s answer to the Machine Age mass-production that removed all soul and craftsmanship from the creative sphere. 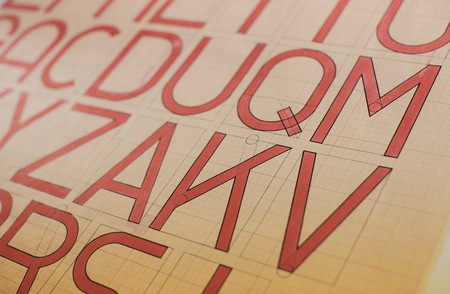 In collaboration with a group of pioneering artists and designers—including major figures like the architect and furniture designer Marcel Breuer, painter and photographer László Moholy-Nagy, painter Paul Klee, and architect Ludwig Mies van der Rohe—the Bauhaus worked according to an exalted vision of fluid boundaries between skilled artistry and design utility. The school moved to preserve form without sacrificing function across all manners of visual expression, from fine art to carpentry and even typography, a paramount mode of design by which the Bauhaus transcribed and circulated its teachings through posters and publications.

The importance of typography endures as long as “typefaces are the visual voice of language,” the renowned German typographer Erik Spiekermann told Culture Trip. With Adobe, Spiekermann helmed the resurrection of select Bauhaus fonts and letter fragments in an effort to revive the school’s influence for contemporary audiences. 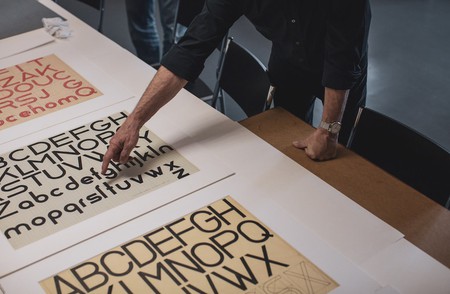 When the Bauhaus Dessau closed its doors in the early 1930s, the designers-in-residence—including Xanti Schawinsky, Joost Schmidt, Carl Marx, Alfred Arndt, and Reinhold Rossig—left behind a series of exercises in which they crafted unique letterforms and font samples. Together with a team of design students, Spiekermann created entire alphabets based upon select exercises, with the help of design software that the Bauhaus students didn’t have in 1928.

Spiekermann sifted through and carefully selected unfinished type exercises from the Bauhaus archives, which according to the designer, “had been lying dormant for more than 80 years.” The samples Spiekermann chose were those which he deemed “most compelling to reinterpret and put to use as digital typefaces.” 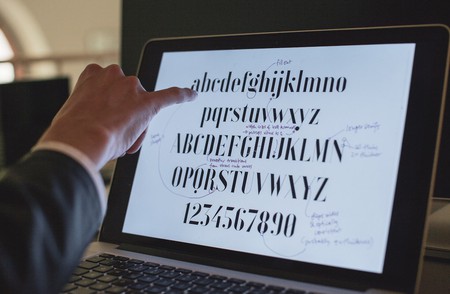 With the software engineers at Adobe, Spiekermann reimagined how these exercises would have translated into complete fonts, “calculat[ing] detailed probabilities of the shapes, [and] trying to determine how the Masters originally planned to finish their designs,” he informed. “[With] this data, the team used Adobe Illustrator CC to complete and digitize the font sets.”

The project is Adobe’s 2018 edition of their “The Hidden Treasures of Creativity” campaign, which launched in 2017 with the digital replication of Edvard Munch’s paintbrushes. Together with the acclaimed illustrator Kyle T. Webster and the Munch Museum archives, seven of the Norwegian Expressionist’s brushes were adapted for digital use so the public could try their hand at rendering their own on-screen masterpieces. The annual initiative is intended to inspire a new generation of artists, designers, and creative thinkers through the lens of art historical masters. 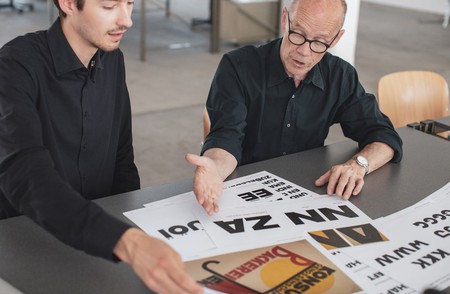 On June 11, 2018, Adobe released two of Spiekermann’s completed fonts for this year’s campaign: “Xants,” by Xanti Schawinsky and Luca Pellegrini; and “Joschmi” by Joost Schmiedt and Flavia Zimbardi. In the coming months, “Alfarn” by Alfred Arndt and Celine Hurka, as well as “Reross” by Reinhold Rossig, Hermann Werner, and Elia Preuss will be made available.

“The written word is to culture what air is to living beings,” Spiekermann says. “Without the written word, there would be no such things as culture. Typefaces are everywhere, and there is always someone who develops them, but the typeface designers remain unmentioned. After all, who knows the person that produced the bricks used for building their house; not even the architect, who works with them. As a typeface developer, I produce the bricks other people use to build their words with. And as a typographer, a designer of words, I translate other people’s thoughts into readable type.” 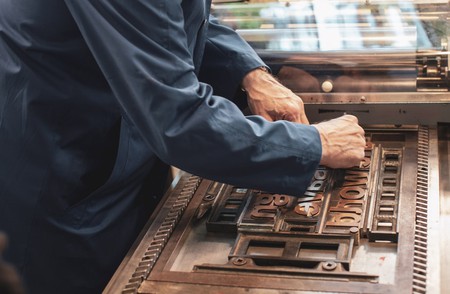 As part of Adobe’s 2018 iteration of “The Hidden Treasures of Creativity,” the company will also launch a series of five challenges “encouraging the creative community to use these fonts to build the elements of brand identity: logo, poster, business card, homepage, and Behance project,” as notified in a press release. Participants can enter any of the challenges for the opportunity to win an all-expenses paid trip to visit the Bauhaus, a UNESCO World Heritage Site, in Dessau, Germany.

Spiekermann’s Bauhaus-inspired fonts are available via Adobe Typekit. Click here to download the Bauhaus Dessau fonts currently available, and to learn more about Bauhaus history, the designs, and their original creators.