How to Spend the Most Perfect Day in Potsdam 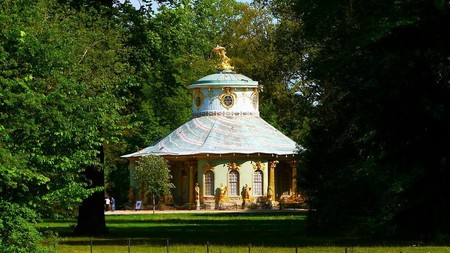 Potsdam is one of the most scintillating cities in Europe with endless marvelous sights. A day is barely enough to scratch the surface of this multi-faceted city. Here, we have chalked out an itinerary for you that would take you to a few of the major attractions of the city in the course of a day. We are sure that by the end of the day, you will already be planning your return visit.

Start your day at the Old Market Square, the heart of Potsdam and an architectural gem basking in history. There are many lovely restaurants and cafés in this square. Simply pick one and treat yourself to a filling breakfast. Right at this square, you can tick off two beautiful sights of Potsdam: the domed Classicist architecture of Nicolas Church (Nikolaikirche) built in 1837 and the Old City Hall built in 1755, on whose circular tower sits a gilded Atlas carrying the globe on his shoulders. 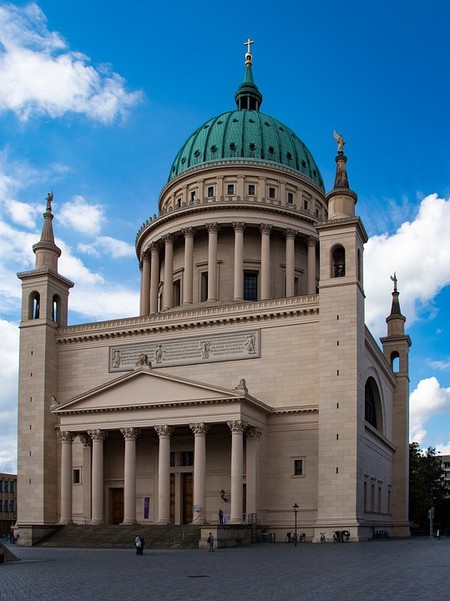 A pleasant 5 minute walk will take you to Potsdam Film Museum, open every day (except Monday) from 10 am to 6 pm. Built in 1685, this magnificent display of architecture is Potsdam’s oldest building and was originally a royal stable belonging to the Prussian kings. The museum takes visitors on a starry-eyed journey through the history of German and global cinema. Expect to see almost a million photos, camera equipment, film sets, costumes and more. Also, get a chance to learn about the entire process of film-making, from writing the script to post-shoot edit. You can even catch a movie here. 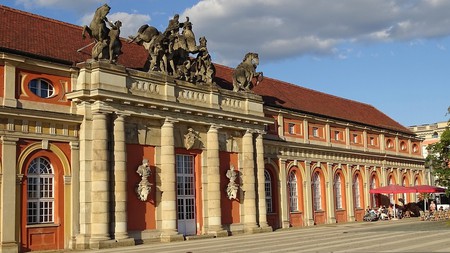 Next, take a short walk (around 0.37 mi/600 meters) to Platz der Einheit, one of the oldest squares in Potsdam. An interesting feature of this square is the intersecting crossroads passing right through it. Take time to check out the architecture in this square, including the Neo-Baroque post office built between 1879 and 1900, the memorial for anti-fascist resistance fighters, a monument for unknown deserters and the contemporary regional library of Potsdam. You will find many locals and tourists chilling on the staircases at this square.

Around 0.2 mi/350 meters from this square lies one of the most significant churches in Potsdam, St. Peter and Paul Kirche, built in 1870. This church stands out because of its unique eclectic style of architecture that had gained popularity in the late 19th century, and exhibits Byzantine and Romanesque elements. Inside, you can admire three famous paintings by gifted artist Antoine Pesne. 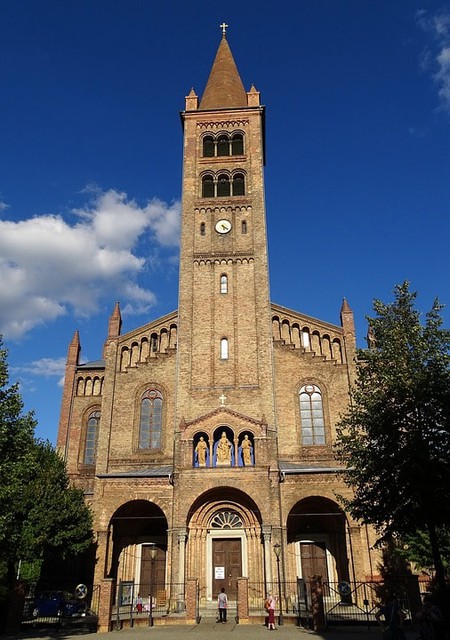 The next stop is the famous Dutch Quarter (or Holland Quarter) of Potsdam, 500 meters (about .31 miles) from St. Peter and Paul Kirche. As you step in this quarter, you would be forgiven for wondering if you have been transported to Holland. This quarter consists of 169 Dutch red brick buildings, comprising the largest collection of Dutch buildings anywhere outside the Netherlands. The buildings were constructed between 1733 and 1740, though all of them were renovated in the later centuries. This is also a great place to break for lunch. 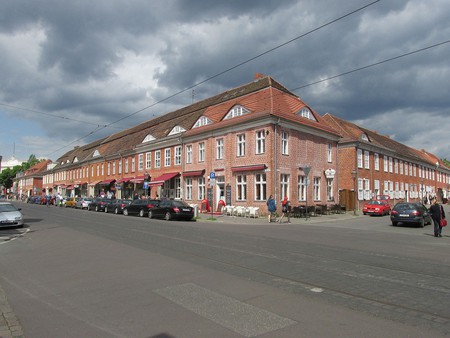 A short walk (around 0.3 mi/550 meters) would bring you to Nauener Tor, a fine specimen of English Gothic Revival architecture in Continental Europe. Built in 1755, this is one of the three preserved gates in Potsdam. Once walked by the military and merchants, today it is a bustling meeting-place for locals, with tram tracks running right through it. 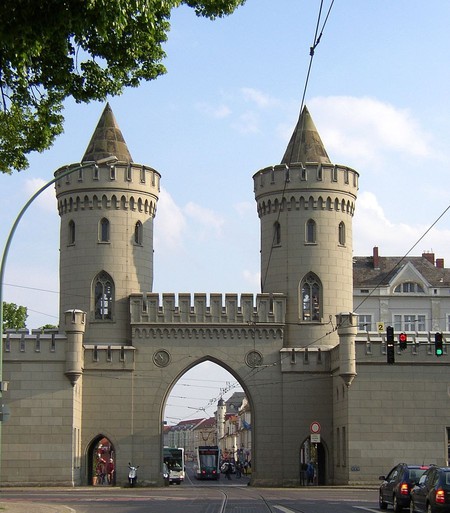 Jägertor (0.2 mi/400 meters from Nauener Tor) marks the former north entrance of the city. It dates back to the year 1733, when Potsdam was a garrison town. It was originally a part of a city wall that was built to prevent soldier desertion and smuggling. The wall was later demolished, leaving the gate to stand as an independent monument. A sculpture on top of the gate depicts a pack of hunting dogs feeding on a deer.

Now, for the showstopper of your Potsdam tour, the magnificent Sanssouci Palace. It is around 0.7 mi/1.2 km from Jägertor, and is open from Tuesday to Sunday, 10 am to 5.30 pm between April and October, 10 am to 5 pm in November-December and 10 am to 4.30 pm between January and March. This opulent Rococo palace (built in 1745-47) is set amidst dramatic terraced gardens and verdant vineyards, and served as the summer retreat of King Friedrich The Great. The palace offers tours of its lavish, ornate interior. 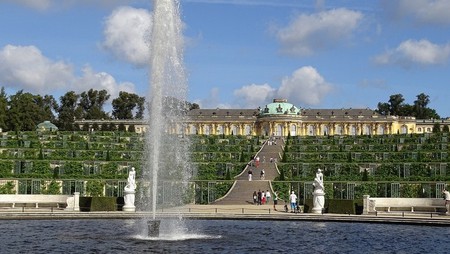 The seemingly endless Palace Garden is a magical place to explore and boasts a number of important architectural gems. The most noteworthy among these are the Chinese House (exhibiting Rococo and Chinoiserie elements), the sprawling New Palace, the Historic Mill, the Norman Tower (offering panoramic views of the area), the Italianate style Orangery, Church of Peace, Roman Baths, and the stunning Charlottenhof Palace, among others. You can easily spend a day here and not run out of things to see. If you have only a day, a couple of hours would have to suffice for now.

Next, head to Brandenburg Gate, 0.6 mi/1 km from the Sanssouci Palace. Built in 1770-71, this is among the most famous landmarks of Potsdam. A striking feature of this gate is the drastically-dissimilar architecture of its two faces. The side facing the city features Corinthian-style trophies, while the country-facing side exhibits Corinthian double-columns and ornamentation like the golden trumpets.

This gate marks the beginning of the Brandenburger Straße, Potsdam’s main shopping street and a vibrant place to soak up the local ambience, people-watch, indulge in some retail therapy and grab a bite to eat, and possibly hang out till dinner time. 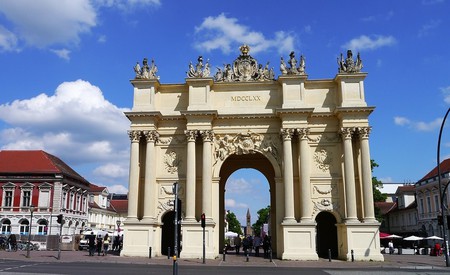