How to Spend 48 Hours in Leipzig, Germany 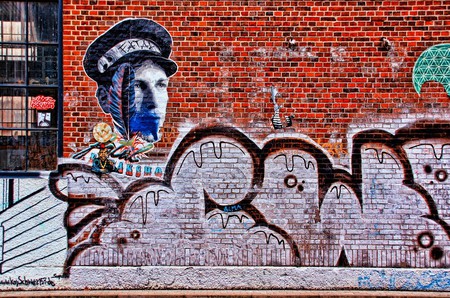 Leipzig has gained some momentum in recent years. It has seen artists, musicians and other creative souls flock to the city and with them, galleries, hip cafés and nightclubs have opened up. Some even believe it will outstrip Berlin in the race for Germany’s coolest place to live in the long run. The historic Saxonian city has a lot to offer, that’s for sure. So here’s our guide to spending two days in Leipzig.

Grab a quick bite to eat at one of the many bakeries in town and start your day. Most of Leipzig’s historic sights are located within the city centre and in walking distance from one another. On the weekends, guided free walking tours take tourists to the main spots and give an insight into the city’s history but you can easily go and explore on your own as well. 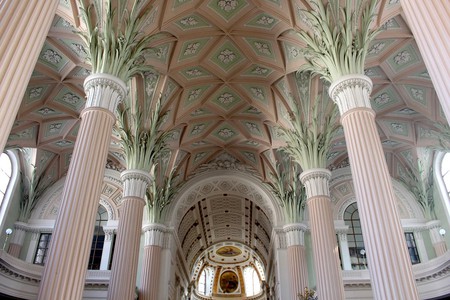 Either way, don’t miss out on the St Nicholas Church. The plaza out front saw tens of thousands of people gather for the peaceful Monday Demonstrations in 1989, which were a major factor that led to the fall of the Berlin Wall the same year. It’s worth stepping inside to marvel at the rose- and mint-coloured stucco ornaments that decorate the columns and ceilings of the church.

You’ll pass the University of Leipzig, the second-oldest in Germany, before continuing to the New City Hall and the Federal Administrative Court, both of which wow with their imposing façades.

Head back to the centre and stop at St. Thomas Church. In the first half of the 18th century, none other than Johann Sebastian Bach worked as music director at the church. A statue of the composer was erected outside the church in tribute. 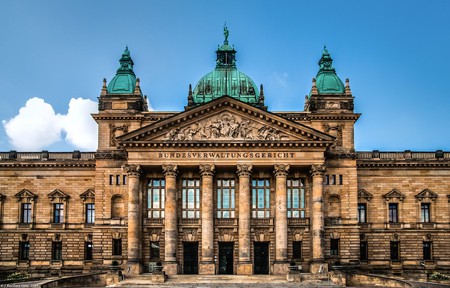 Leipzig discovered its taste for coffee early, in the late 17th century when the first batch of Arabic coffee beans arrived in the city and spurred the opening of coffee houses all over the city. Zum Arabischen Coffe Baum is the most famous one and was once a meeting point for poets, composers and philosophers. The café is an excellent opportunity to refuel on coffee, hot chocolate and mouth-watering pastries.

Head to the marketplace which is overlooked by the Old City Hall and jump on an S-Bahn train south. One of Leipzig’s main sights is the Völkerschlachtdenkmal in the Probstheida district. The monument commemorates the 1813 Battle of the Nations when the joint forces of Russia, Prussia, Austria and Sweden defeated Napoleon. 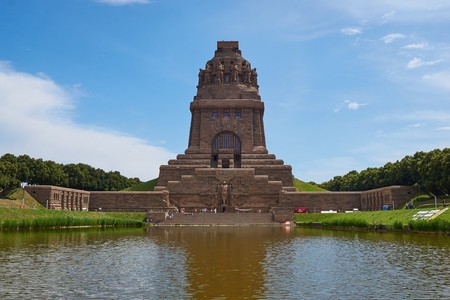 Head back to the city centre, and spend the rest of the afternoon exploring the museum of your choice. Art fans can either head to the Applied Arts Museum or browse the Museum der Bildenden Künste, which houses fine art works by the likes of Caspar David Friedrich, Munch and Monet. The Bach Museum is dedicated to city’s favourite composer, while the Grassi Museum has three individual museums under its roof, including an impressive collection of historical musical instruments.

If you’re out in time for 7pm and a fan of Bach, go back to St. Thomas Church. Every evening, an orchestra honours the late composer with a performance of his symphonies outside the church. 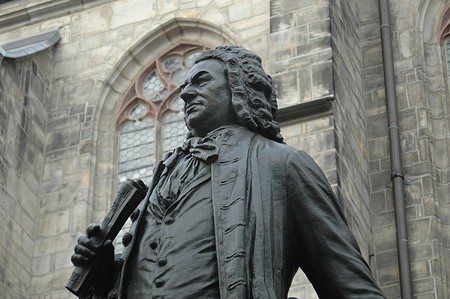 Leipzig is riddled by a maze of beautifully restored arcades and courtyards, most notably the Mädler-Passage where you will also find Germany’s most famous restaurant. The Auerbachs Keller was already widely popular by the 16th century; its depiction in Goethe’s Faust brought it to international fame. End the day with a sumptuous dinner in the vaulted cellar or in one of the traditional rooms upstairs. Reservations are recommended.

Kick off the second day of exploring with a yummy breakfast at 100 Wasser. The café is decorated in the style of the late Austrian artist Friedensreich Hundertwasser with colourful abstract murals and mosaic ornaments. The breakfast and brunch menu ranges from pancakes and muesli to omelettes and rolls.

If the weather plays along, consider renting a bike. Make your way towards the hip quarter of Plagwitz. Graffiti and street art decorate many housefronts along the way to the Leipziger Baumwollspinnerei. 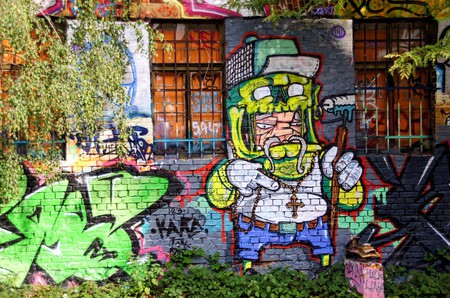 The former factory site has been converted into a vast complex of art galleries, workshops, exhibition spaces and studios. Eigen+Art is considered one of Germany’s most influential art galleries these days, and Leipzig owes much of the hype around the New Leipzig School art movement to its owner Gerd Harry Lybke. In total, more than 100 local and international artists have settled here, alongside restaurants and shops. Plan for a good few hours to explore the grounds, have a coffee and soak up the creative atmosphere.

Once you’ve worked up an appetite looking at art, stop in at the on-site Die Versorger café for a healthy lunch before you grab your bike and cycle towards some of Leipzig’s prettiest green areas – the Clara-Zetkin and the Johanna park are known for hosting a myriad of cultural events throughout the year.

Continue to the Bayerischer Bahnhof Pub in south Leipzig. The locale is set in a historical, reconstructed train station and is known for the home-brew called Gose, a slightly sour-salty-tasting and top-fermented beer. 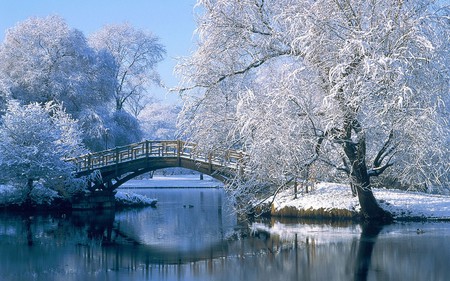 Take your pick of one of Leipzig’s many restaurants for your dinner plans. There’s the historical Ratskeller, an upscale Chinese restaurant, Mediterranean cuisine at Sol y Mar, Max Enk’s gourmet food, and many more.

The night is still young, and Leipzig’s buzzing nightlife is waiting for you. Karl-Liebknecht-Straße, or ‘Karli’, in the Südvorstadt district, is a magnet for students who flock to Flower Power, Beyerhaus and naTo for drinks.

In recent years, Leipzig has developed a buzzing techno scene that stands in fierce competition with that of Berlin. If you want to leave the tourist tracks and explore the rougher edges of Leipzig’s vibrant nightlife, you want to head a tad further. Distillery is the oldest techno club in former East Germany, while the Institut der Zukunft has been dubbed the Berghain of Leipzig. Take your pick, and dance the night away in the new Berlin. 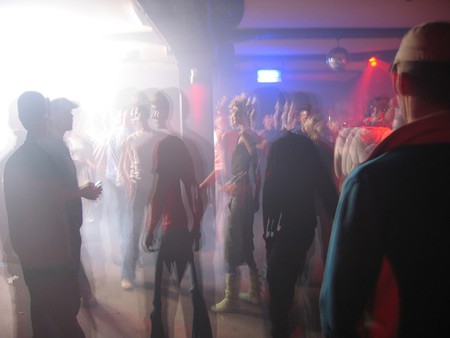