How to Spend 24 Hours in Worms, Germany 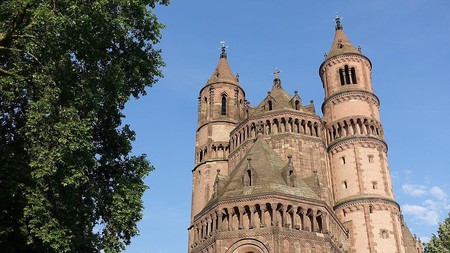 Worms proudly claims a spot on the list of Germany’s oldest cities. The Romans settled here as early as 14BC, and under their rule the city developed to be the capital of the Burgundian Kingdom. Today, relics of the fascinating history are scattered across the old part of the city, with imposing churches, remnants of the ancient city fortification and a Jewish cemetery. A day in town is just about enough to cover the essentials. Read on for our 24-hour itinerary for Worms to make sure you don’t miss out on the highlights.

If you arrive at Worms train station, head down towards the city centre. On the way are a number of cute breakfast stops where you fuel up on typically German foods. Café Ohne Gleichen is one of our favourites with a menu that lists both readily designed breakfast platters, as well as a ton of options to create your own. Think bread, buns and pastries, sweet and savoury spreads, cheeses and sandwich meats, pancakes, muesli and omelette. 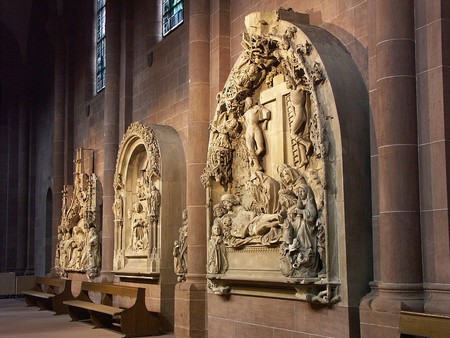 Start your exploration with a tour of the old town’s main sights. From the café, it’s only a short stroll to one of Worms’ major attractions, the Cathedral of St. Peter. Even though it’s the smallest of the three Rhenish Imperial cathedrals, the soaring steeples will leave you feeling small and insignificant. Built between 1130 and 1181, the church has maintained its Romanesque appearance with lots of intricate details to discover. Unfortunately, the original stained glass windows were destroyed by the explosion of a nearby factory, but there are other things to see. Some of the highlights are the St. Nicholas Chapel, the south portal, a number of beautiful Gothic reliefs and the high altar. Take your time looking around before you move on.

Next up on the list is the City Museum (€3, or around US$3.50), which is located in the idyllic complex of the former Andreasstift monastery. The permanent exhibition displays a dazzling number of artefacts telling the story of 7,000 years of settlement history in the area. Ceramics, weapons and jewellery from the New Stone Age through to the pre-Roman Iron Age make a start, followed by a vast collection of items dating from the Roman times. The second floor is dedicated to the time from the Middle Ages onwards. One of the rooms remembers the time when Martin Luther, leader of the Protestant Revolution, stayed in Worms in 1521. 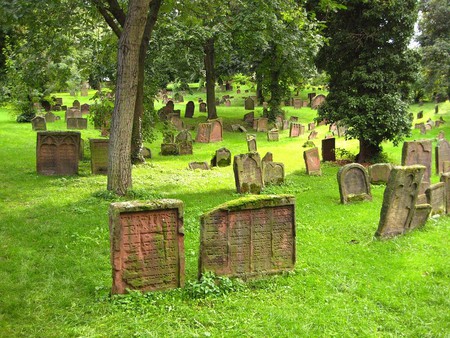 Much like nearby Speyer and Mainz, Worms used to be a significant hub for Jewish scholarship with a relatively large community. A synagogue and a ritual bath still exist, so does the Heiliger Sand cemetery, the oldest Jewish graveyard in all of Europe. The area is studded with thousands of tombstones from across the ages – the oldest dating back to 1058. Many of them commemorate important Jewish figures, scholars and rabbi, which is why so many visit Heiliger Sand. Entry is free, but please note that the cemetery is closed on Saturdays and that male visitors are required to wear a head covering.

Time for lunch and to relax. If you’re visiting between April and September, make your way down to the Rhine River waterfront and the Strandbar 443. The beach bar does not only boast stunning views of the river but also serves Flammkuchen (a German-style pizza with a thin, crispy crust and crème fraîche base), delicious (virgin) cocktails, and allows you to dig your feet in the sand and catch some sun before you continue with your sightseeing adventure. 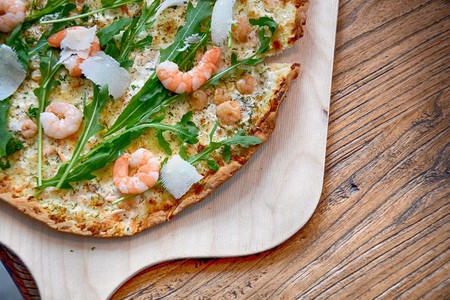 Once you’ve regained your strength, it’s time to tick one more highlight off the list before you can indulge in further culinary specialities. The Nibelungen Museum (€5,50, or around US$6.50) picks up the epic 13th-century saga of the Nibelungs, one of the world’s most famous literary stories, which was honoured by its entry on the list of the UNESCO Memory of the World Register. The story centres around the journey of dragon-slayer Siegfried, tells of love, death and vengeance and mentions Worms in the earliest writings. The location of the museum is quite a sight in itself as it occupies two towers of the former city walls. It’s well worth picking up an audio guide for your visit to learn more about both the building and the origin, reception and motifs of the world-renowned saga.

Depending on what time it is, the rest of the afternoon is best spent browsing the high-street shops and speciality boutiques of the old town before you head to dinner.

Worms understands itself as wine city and given that much of the region is clad in vineyards that produce award-winning Rieslings, that’s probably a fair statement. A trip to Worms simply wouldn’t be complete without sampling some of the local wines with dinner, and the Die Pfälzer restaurant is the ideal spot to do exactly that. On the food menu are regional specialities, such as Handkäse mit Musik, beef roulades with red cabbage and smoked trout fillet with fried potatoes, while the wine list is composed of both red and white wines from across Germany. The combination is the perfect way to say your farewell to Worms.