How to Spend 24 Hours in Wismar, Germany 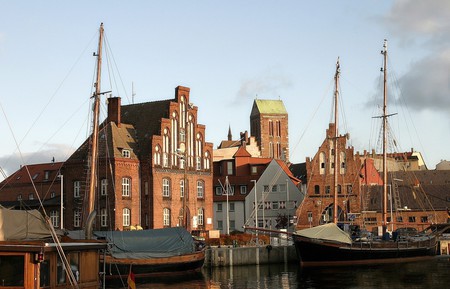 If you’re headed to Northern Germany, plan for a stop at Wismar. The port city on the Baltic Sea coast poses a small gem of medieval architecture, and the UNESCO acknowledges the impeccably preserved gabled houses and prime examples of Brick Gothic architecture with an entry on its World Heritage Site list. Read on for our sample itinerary for 24 hours in Wismar.

Each day should start with a sumptuous breakfast, and Café Glücklick certainly knows how to go about it. The smell of freshly brewed coffee greets you once you push the door open and a quick glance at the menu reveals all kinds of sweet and savoury treats that will satisfy both meat and cheese lovers as well as vegan guests. On the list are bread, buns and pastries, muesli and fruit salad, omelettes and pancakes and a whole bunch of spreads and toppings. Our tip: Leave some room for a slice of one of their delightful cakes! 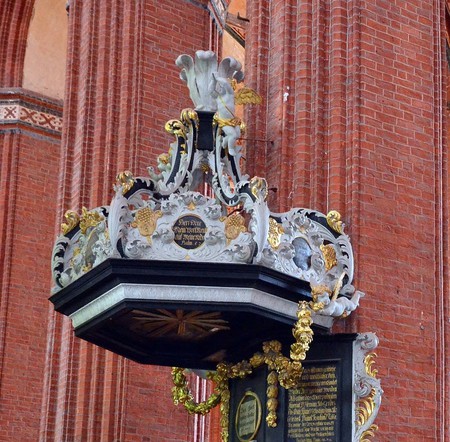 Wismar is quite a small place, so there’s no need to rush. Take your time before heading across the road into the so-called Schabbelhaus. This Renaissance building once housed a brewery, which has made room for the city museum. The permanent exhibition sheds light on Wismar’s 800-year-long history, from the city founding in the Middle Ages, the time under Swedish reign, and its economic importance as a Hanseatic city, to the peaceful revolutions in the GDR.

Once you’ve polished up on your local history, venture out to explore the Old Town. You’ll pass the imposing redbrick St. Nikolai Church, which came out of World War II nearly undamaged – unlike the two other Gothic churches of the city. Considered a masterpiece of Late Gothic architecture in Northern Europe, it’s also the largest of its kind. If open, peek inside to have a look at the ecclesial treasures, and a Baroque-style interior kept mostly in red and beige. The high altar is quite the sight to behold; the walls are embellished with medieval murals and many artworks of the destroyed St. Georgen and St. Marien churches have found a new home here.

Stroll over to the old harbour to catch a salty breeze and soak up some of that maritime flair Wismar has to offer. On the weekends, the popular fish market creates a lively buzz along the waterfront, with vendors selling the catch of the day. 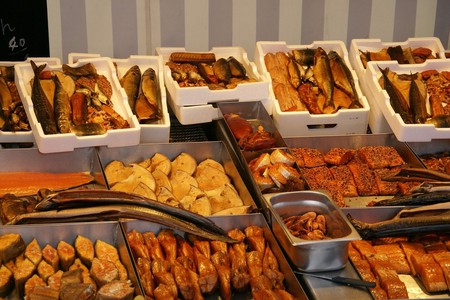 To sample the local fish specialities, head to Oberdeck restaurant for lunch to treat yourself to their delicious smoked fish with bread and a horseradish dip, tuna tartar, or a salad with scallops.

From here, make your way back to explore more of the Old Town. The Wasserkunst (Waterworks) is Wismar’s most renowned landmark and sits at the centre of the market square. Built back in 1602, the ornate well supplied the city’s drinking water until the late 19th century. Even though it’s lost its original purpose, the Wasserkunst is still the centrepiece of the Old Town and a popular gathering place for locals and tourists. In the background, another impressive example of Brick Gothic architecture stands out. The Alter Schwede is the oldest townhouse and boasts a beautiful staircase-shaped, gabled front from the 14th century.

Also worth noting is the Classicist Town Hall on the other side of the plaza. An exhibition in the basement of the building holds a handful of fascinating exhibits, including the tomb of Swedish General Helmut V Wrangel and a 15th-century mural that was only found in 1985.

End your sightseeing trip with a stop at the St. Marien site. All that is left after the World War II bomb raids is the redbrick steeple of the Gothic church. The ground-floor museum discusses medieval architecture techniques but the real highlight of a visit is a climb to the viewpoint atop the tower, which grants panoramic views of Wismar and is a great place to say your farewell to the Hanseatic city before you head back down. 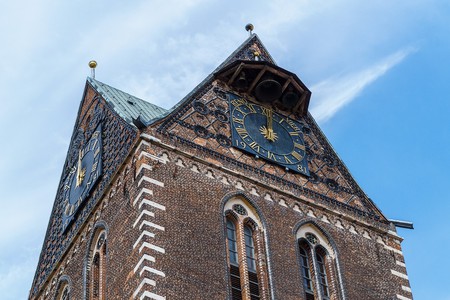 To round things off, head to the Kaminstube for dinner. This traditional restaurant has made its way to the top of review sites, and guests rave about the charming atmosphere and excellent food. The menu is composed of beetroot salad, skrei filet, black salsify soup, Angus beef steak, Flammkuchen (flame cake) and more. After the joyful meal, the Brauhaus am Lohberg brewery is a good spot for a few beers and live music in the summer.